Homeless Uncle Shivers At Night In Chinatown, Kind Volunteers Give Him Blanket & Biscuits 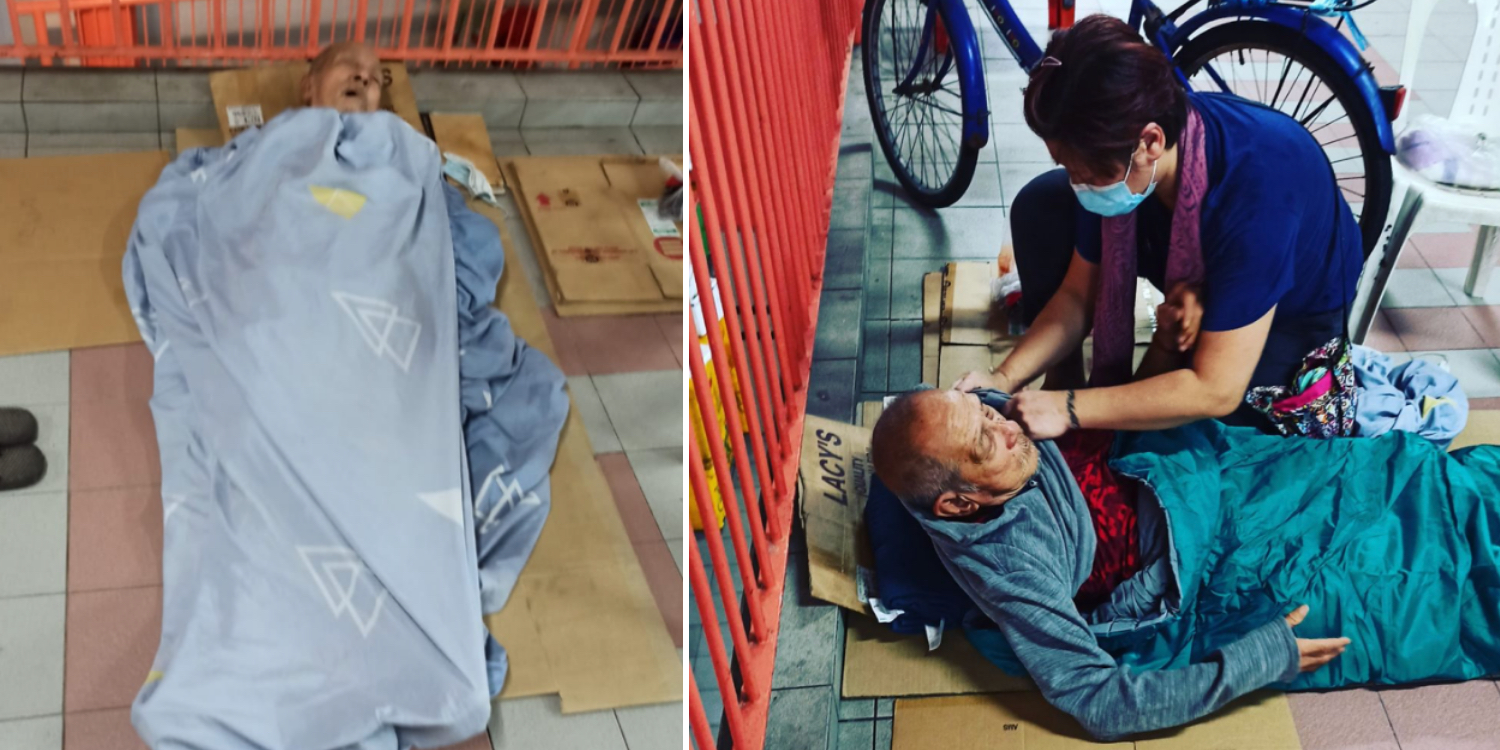 The volunteers do weekly distributions.

Singapore is expected to experience rain for the rest of November. Sadly, this means that the homeless who rough it out on the streets are exposed to the elements.

A few kind souls went out on Sun (15 Nov) night to distribute some supplies to those without a roof over their heads. 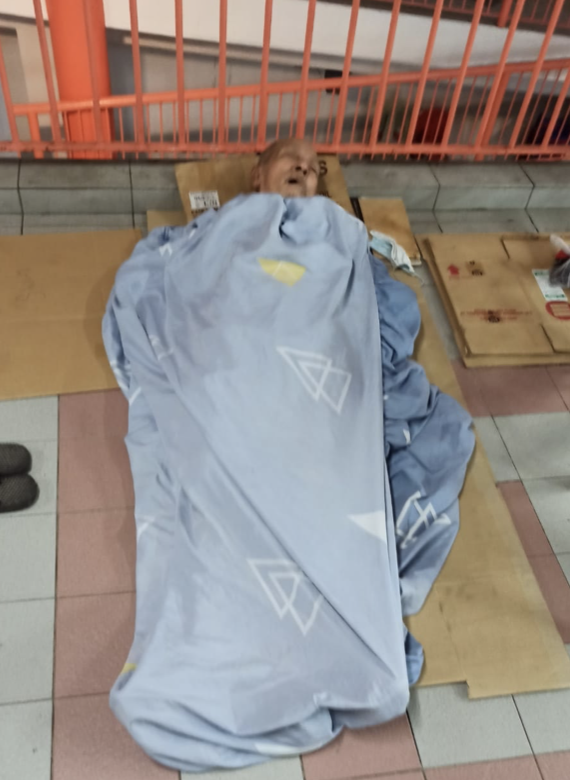 The group of volunteers came across an elderly uncle who was shivering at Chinatown and reached out to him.

Homeless uncle had only a thin bedsheet

In a Facebook post, local activist Mr Gilbert Goh shared that his group saw the man, who looked to be in his 80s, during a drizzly night at Chinatown.

He was laying on some flattened cardboard boxes, with a thin bedsheet as a barrier against the cold. Perhaps because of this, he was shivering during the chilly and damp weather that day. 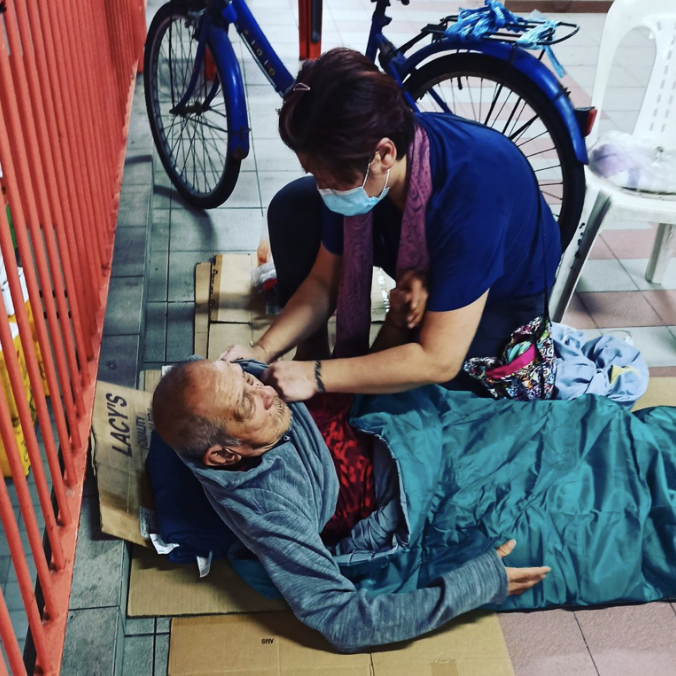 The volunteers immediately helped him into a sleeping bag and gave him a pullover to stay warm. On top of this, they provided biscuits to keep him from going hungry for the night. 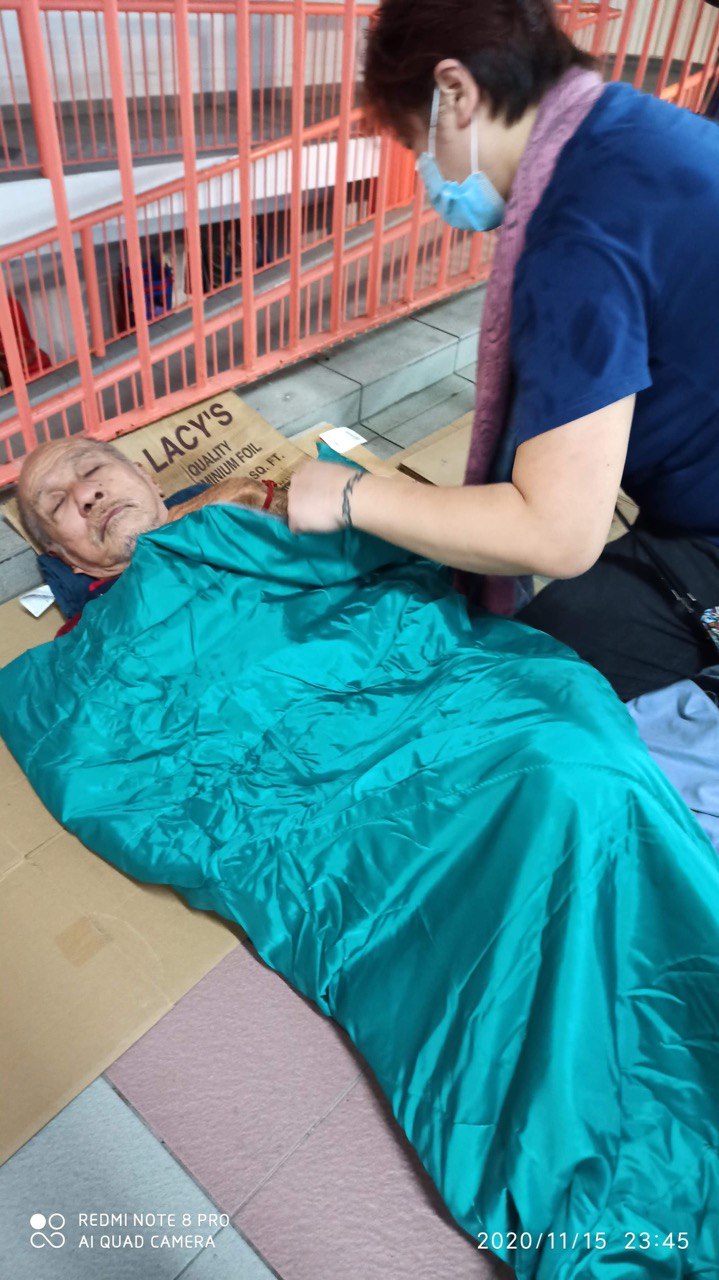 Mr Goh shared that the group distributes supplies to the homeless on a weekly basis.

On that night, they distributed blankets, pullovers and biscuits to more than 10 homeless elderly at Chinatown.

Mr Goh noted that there were likely more homeless individuals in the area that couldn’t be spotted.

However, the group was glad to have helped at least a fraction of our homeless population by the time midnight had passed.

Helping those who fall through the cracks

Though homelessness is not a common sight in Singapore, it is an issue that exists nevertheless.

With more wet weather expected for the rest of the month, we are glad that there are kind souls who are willing to set aside time and resources to reach out to those who fall through the cracks.