Some of them were in office attire.

This weather has been particularly tough on the homeless — on top of having to sleep on hard surfaces, they don’t have a safe place to seek shelter from the wet and cold nights.

That’s why it’s heartwarming that Changi Airport has opened up its lounge to welcome the homeless to stay for the night as it was chilly outside. 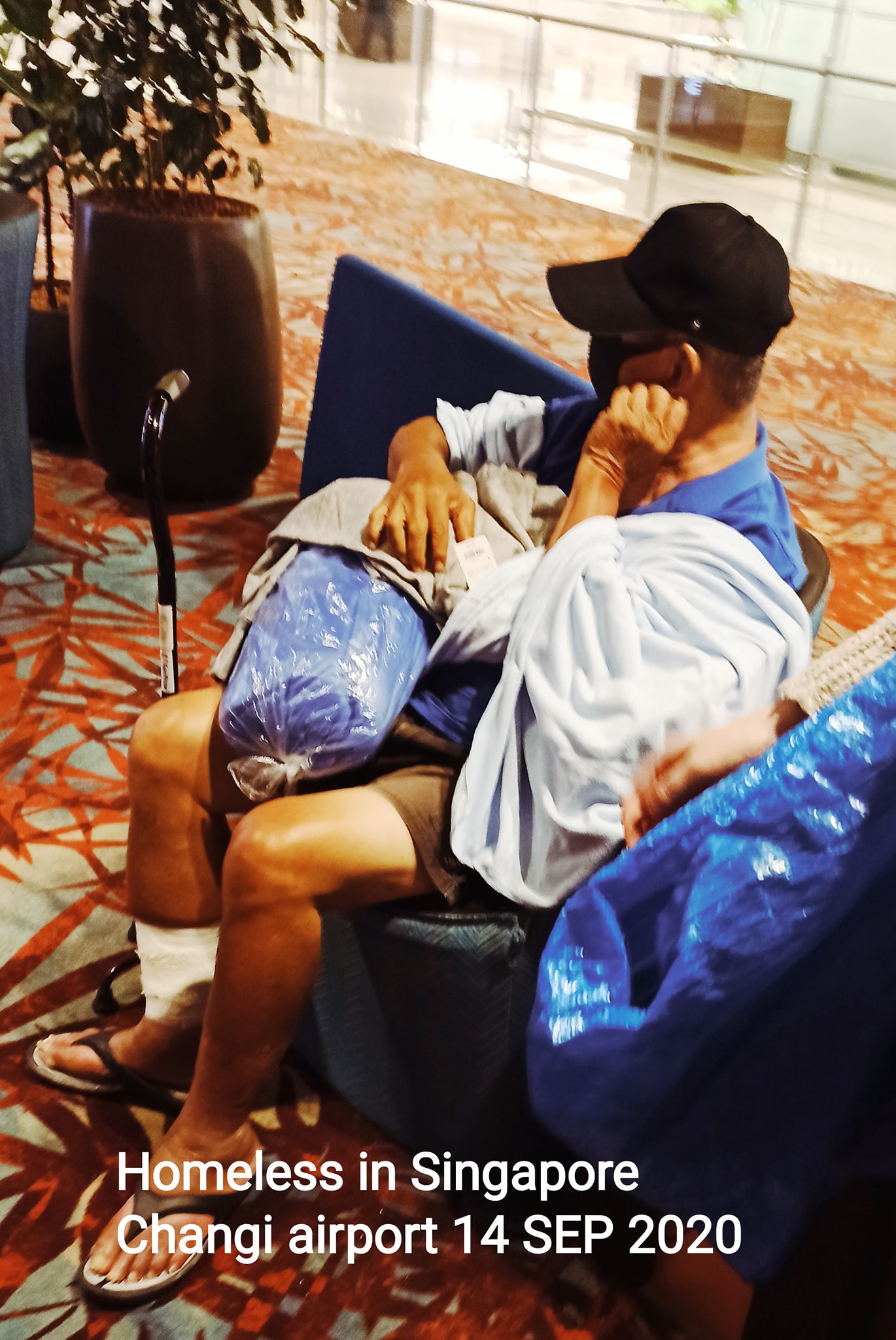 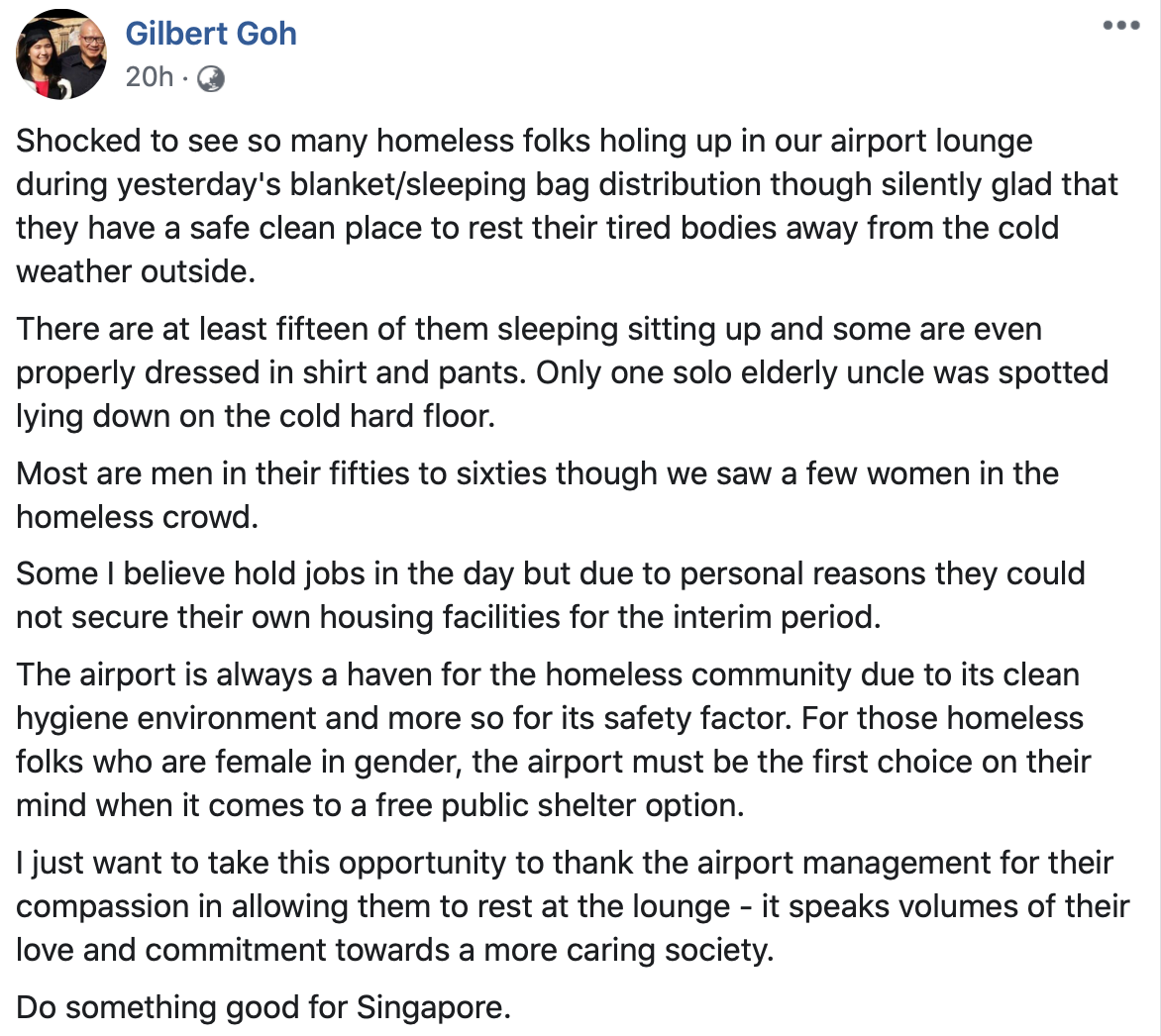 Mr Goh shared in his post that he was “shocked” to see so many homeless folks in the airport lounge on Monday (14 Sep).

He estimated that there were at least 15 homeless people there, mostly men in their 50s  and 60s. A few women were also in the crowd.

They also had to sleep sitting upright on the couches as the floor was hard and cold. Mr Goh saw only one old man lying on the floor.

Luckily, he and his volunteers visited the airport that night and gave out blankets and sleeping bags so they could have a more comfortable rest. 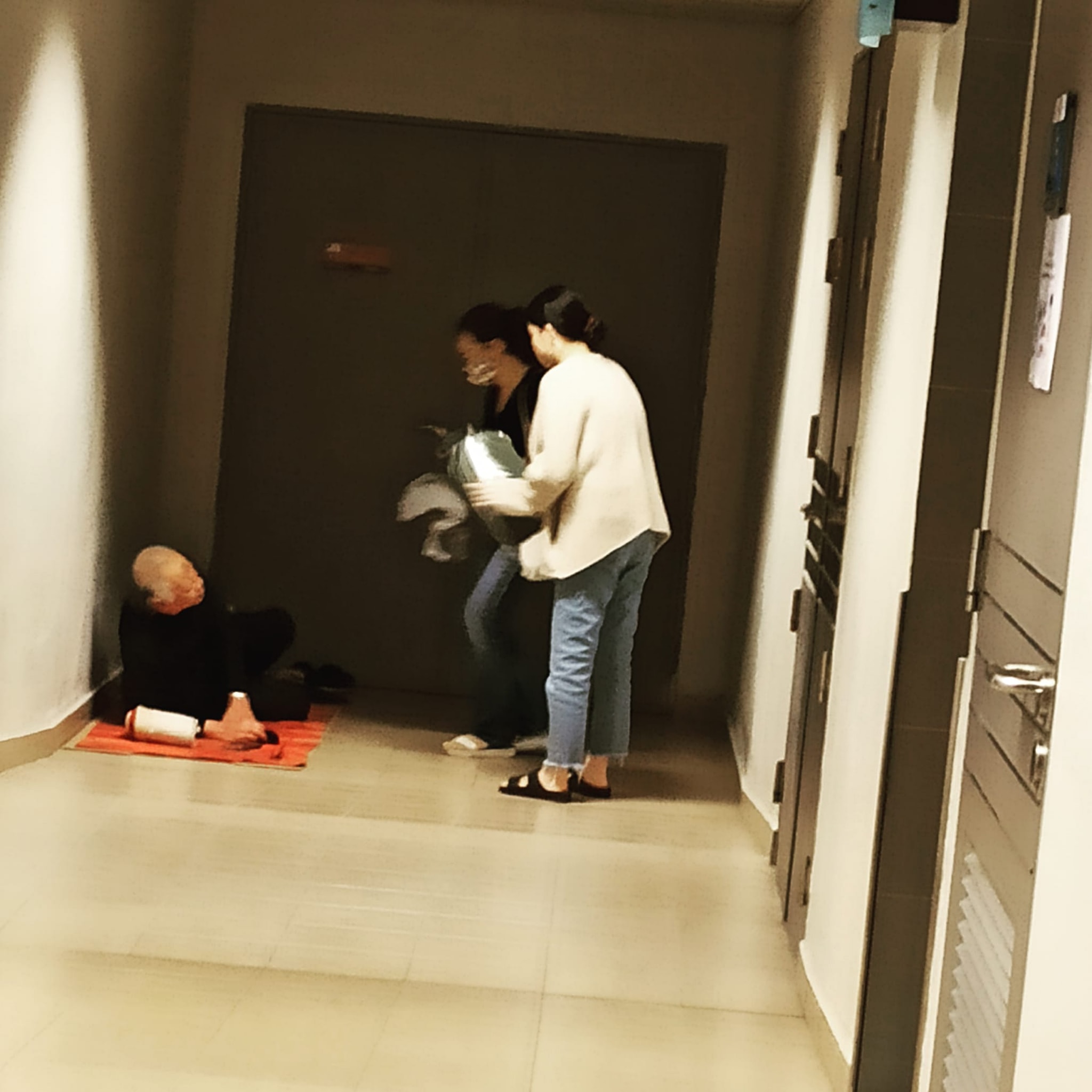 However, despite the discomfort, they seemed glad to have a safe, clean place to shelter from the cold weather, he said.

Some were wearing office attire

What caught Mr Goh’s attention was that some of the homeless folks were wearing office attire — a proper shirt and pants.

He speculated that some of them actually have day jobs.

However, despite that, due to personal reasons they weren’t able to find housing, he posited.

Mr Goh explained that the airport is a haven for homeless folks as it’s clean, hygienic and safe.

This is particularly for homeless women, he added,

For those homeless folks who are female in gender, the airport must be the first choice on their mind when it comes to a free public shelter option. 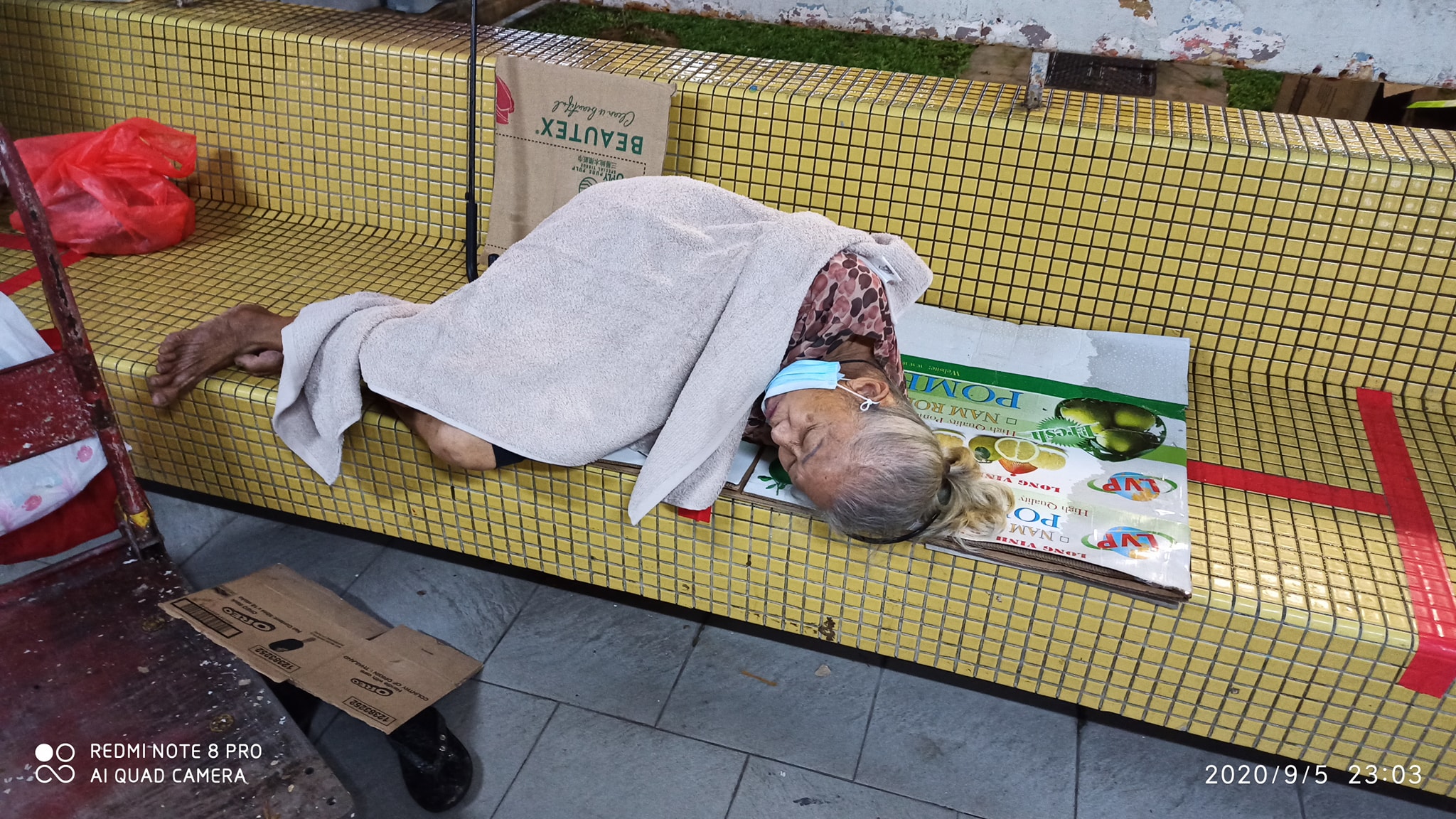 Thanks to the airport for compassion

Mr Goh ended the post by thanking the airport management for their compassion.

Allowing the homeless to rest there speaks volumes of their commitment towards a more caring society, he said.

Compassion is priceless amid a pandemic

2020 has been an unforeseen tumultuous year for Singapore and the world, as the pandemic affects arguably every aspect of our lives.

Even so, we hope we can extend compassion to one another as much as we can, especially the elderly and needy

After all, it costs nothing but is truly priceless to those who receive help.