Auntie Takes Senior Dog For A Walk On DIY Wheelchair, Says Taking Care Of A Furkid Is For Life 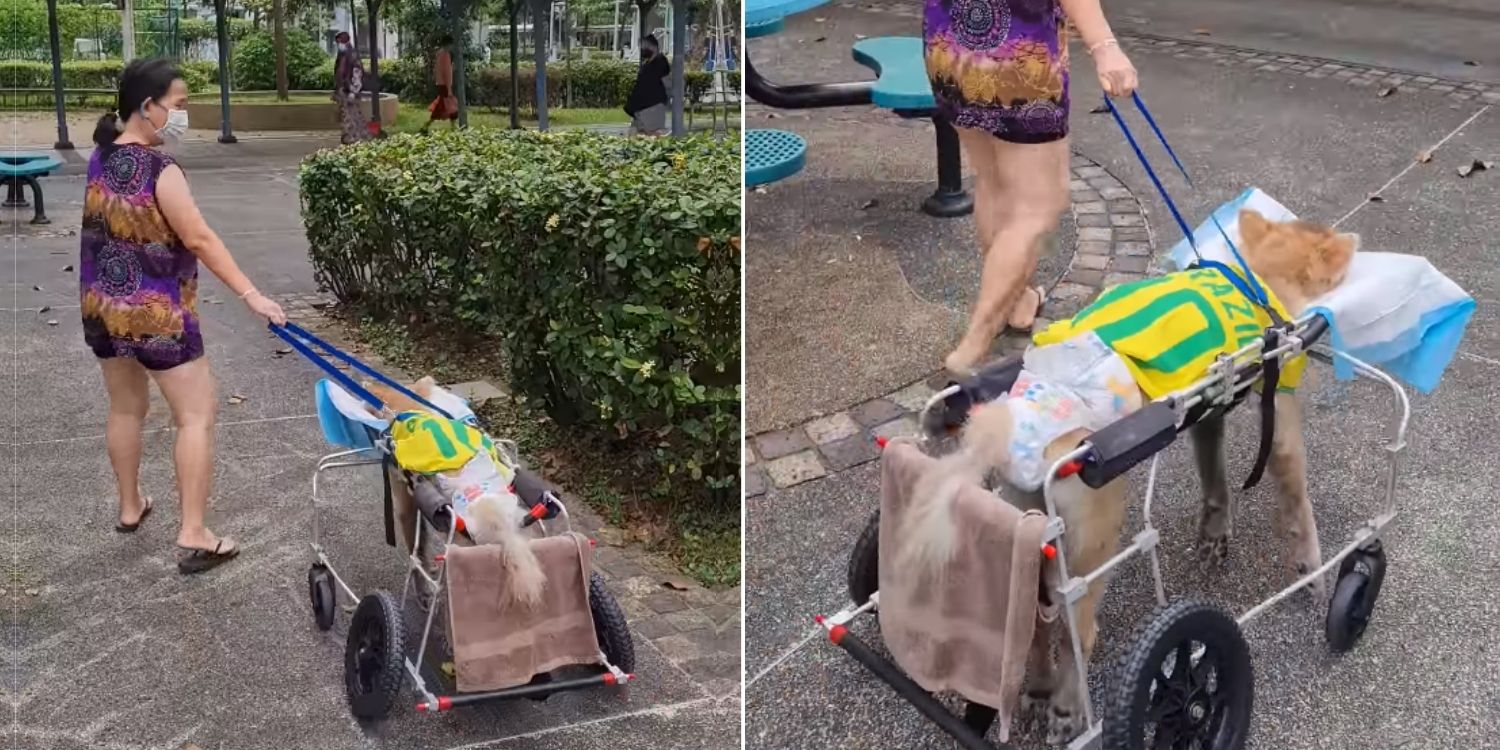 Going on walks is when a dog's the happiest.

Typically, a dog can only be with us for a short part of our lifetimes. While some have to lead a life in between foster families, others are lucky enough to grow old with one.

Some of the luckiest get to go on walks in the last days of their lives in a DIY wheelchair, as did this senior dog in Singapore. 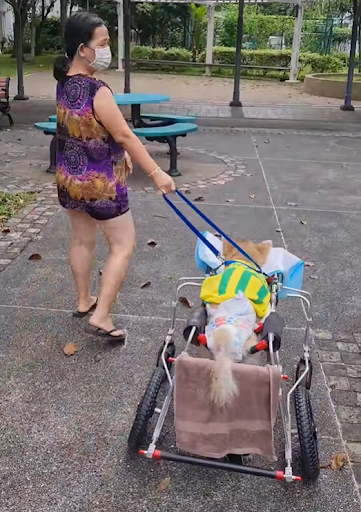 A video of his owner taking him out on a walk in a residential neighbourhood has gone viral, garnering over 2,000 shares in 7 hours. 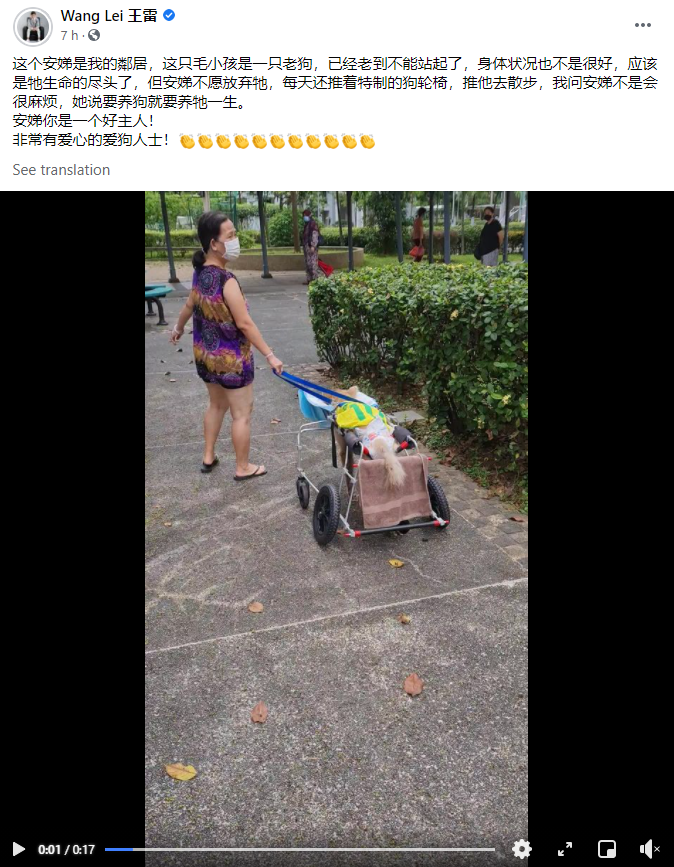 Apparently, the auntie walking the dog is one of his neighbours.

According to Mr Wang, the senior dog is approaching the end of his life, with most of his body shutting down.

Wearing a diaper and seemingly unable to stand up straight, the dog is brought around in a DIY wheelchair designed especially for him.

Says caring for a dog is for life

According to the auntie, them going on leisure walks like this is a daily routine.

When asked whether it seems too much of a hassle at times, the auntie simply said, “Taking care of a dog is a lifetime affair.”

In fact, the actual owner of the senior pup is one of the auntie’s daughters.

In response to Mr Wang’s post, one of her daughters says that dog owners should take their pups on walks often, as that’s when they are the happiest. 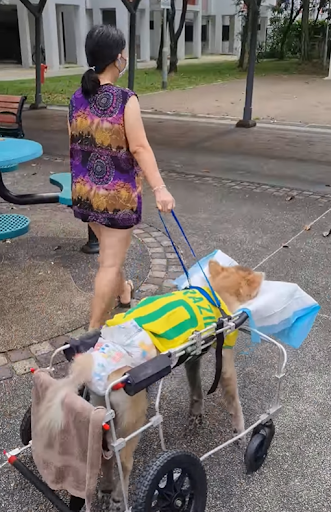 Speaking to MS News, she ascertains the doggo to be 17 years old now, and has been in the family since he was a pup.

Unreserved love behind such a gesture

We do not know how many more days the senior dog can accompany his owner out on walks like this.

But we do know that he’ll be well taken care of until he breathes his last.

Hats off to the auntie and the dog’s owner for showing such love and dedication. Pets are family, and family is indeed for life.