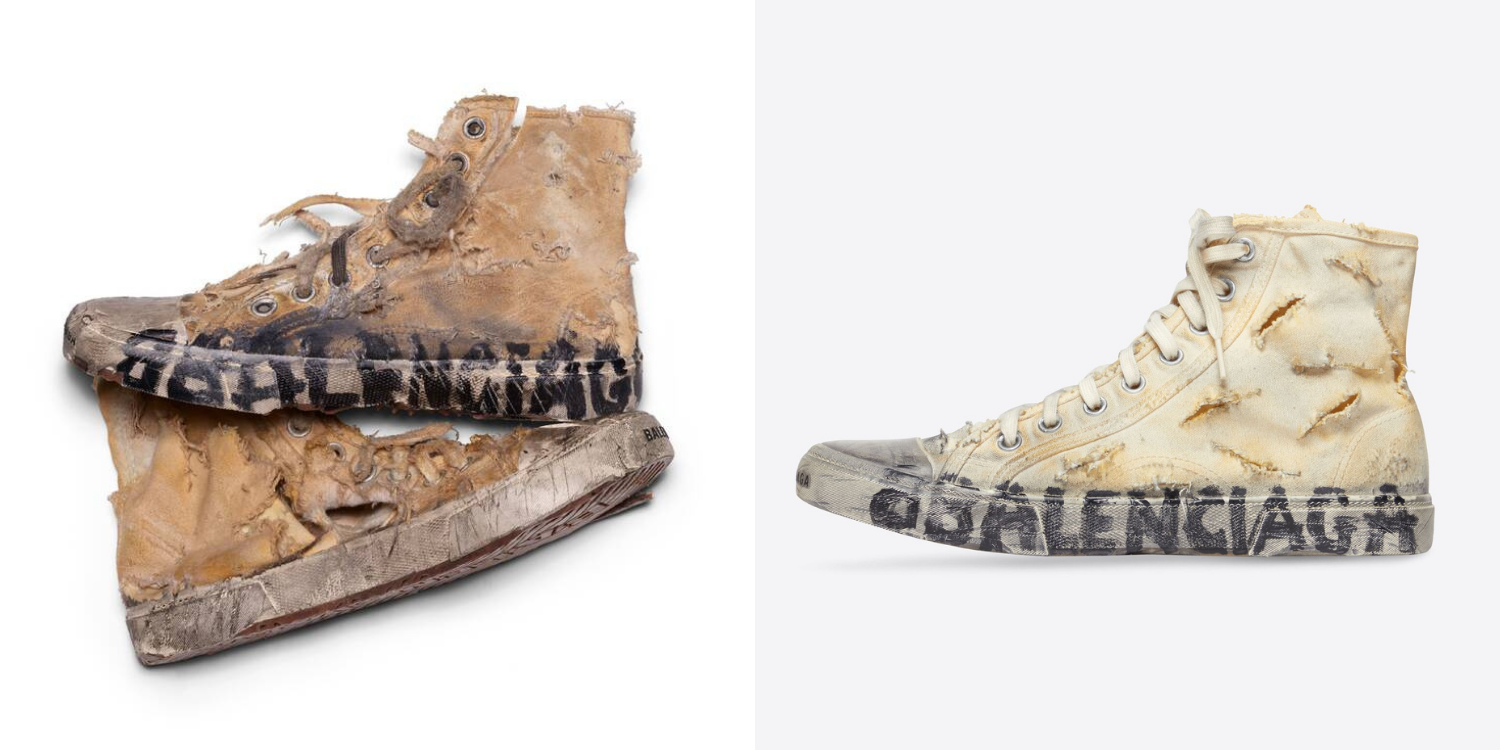 Wonder what our mothers would think.

Some of us might remember coming home with tattered, mud-covered school shoes and getting an earful from our mums.

Well, nobody could have imagined that these worn-out kicks would make it to the realm of high fashion.

Luxury brand Balenciaga recently released a collection of shoes called the Paris Sneaker, and it’s causing a stir — though not quite for the reason you might be thinking of. 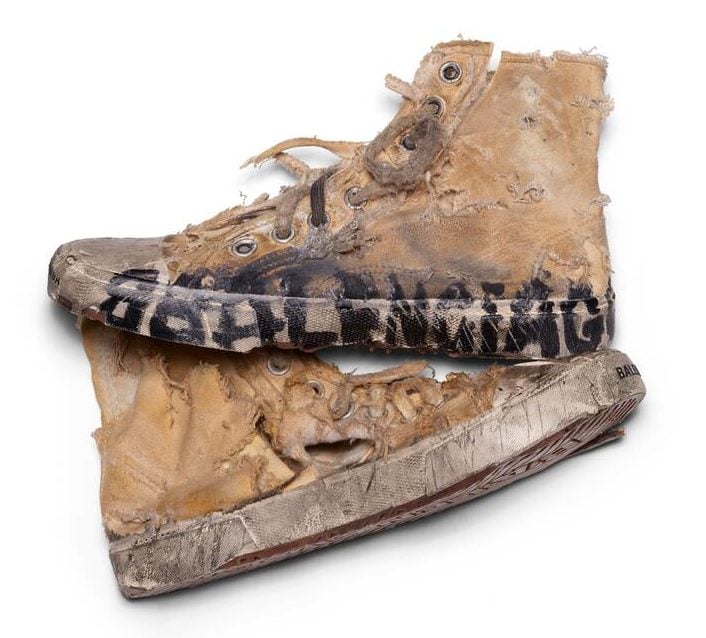 The canvas high-tops sport a deliberately distressed look, not unlike something you might find in a dumpster.

One look at them and you’d think that someone must’ve gone hiking in them for many years as they look extremely worn-out and filthy. 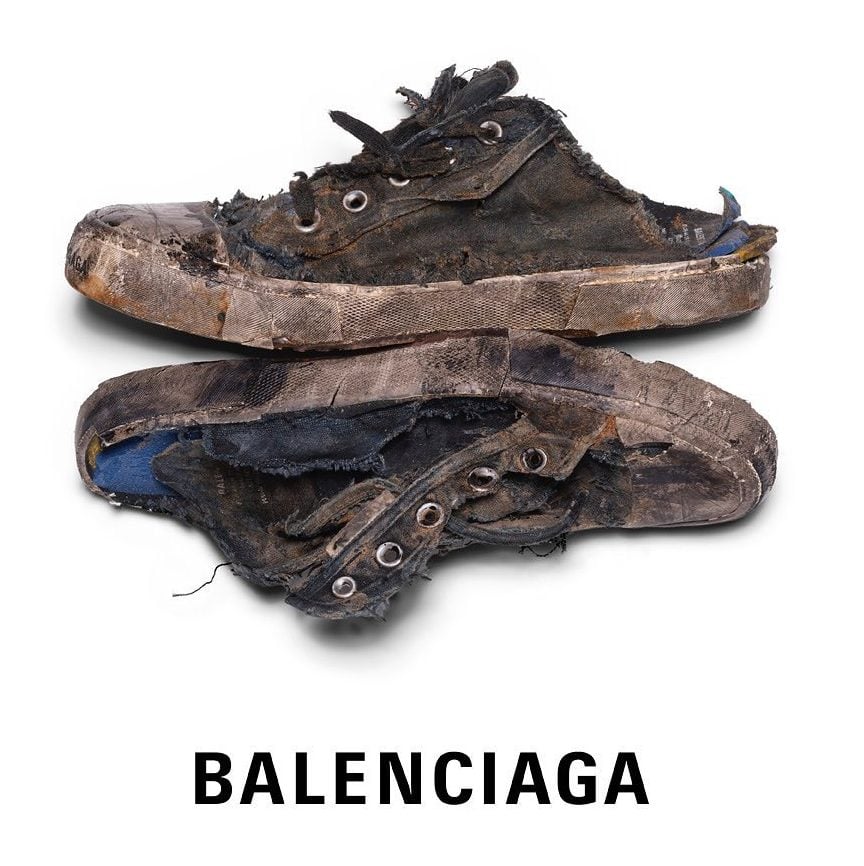 As it turns out, the super-destroyed sneakers are just exaggerated versions of the items that will actually be in stores.

The actual shoes on sale are a lot less roughed up, but still pretty ragged. They are limited edition, with only 100 pairs available, and retail for an eye-watering S$2,590 on the Balenciaga Singapore website. 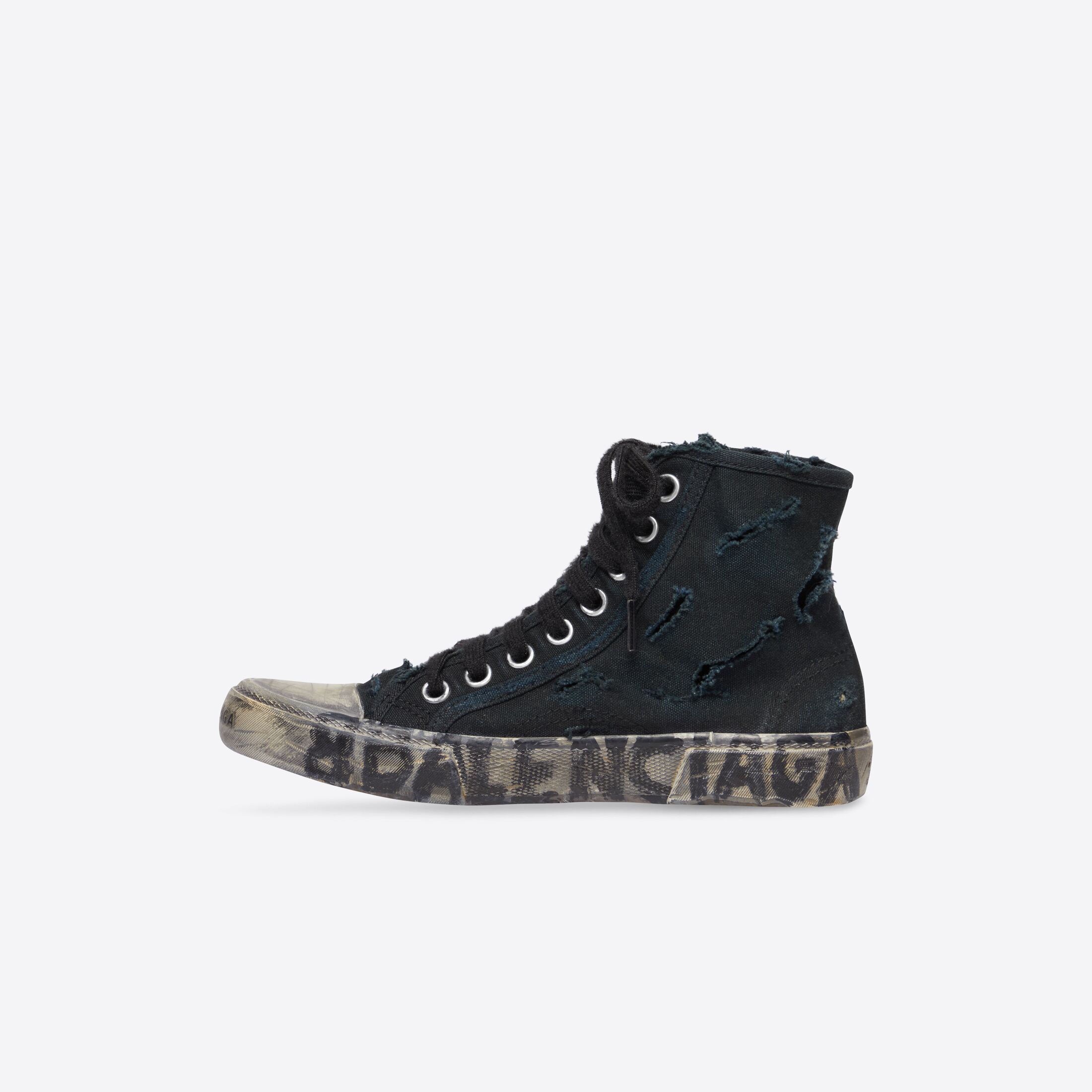 Less tattered versions are also available at an ironically lower price range of S$725 to S$895.

Sneakers meant to be “worn for a lifetime”

There is apparently an explanation behind this unconventional collection — to promote sustainable consumption.

According to South China Morning Post (SCMP), Balenciaga said that the idea behind the shoes is to raise awareness of how fast fashion plays a role in environmental degradation.

The brand added that the photos of “extremely worn, marked up, and dirtied” shoes suggest that they are “meant to be worn for a lifetime”, CNN reports.

However, netizens still aren’t convinced, slamming the brand and questioning the effectiveness of the campaign.

Weibo users scoffed that they could easily get these shoes from a garbage bin. Some also remarked that it would be more eco-friendly just to not sell them at all.

Over on Twitter, many expressed their shock at the designs. 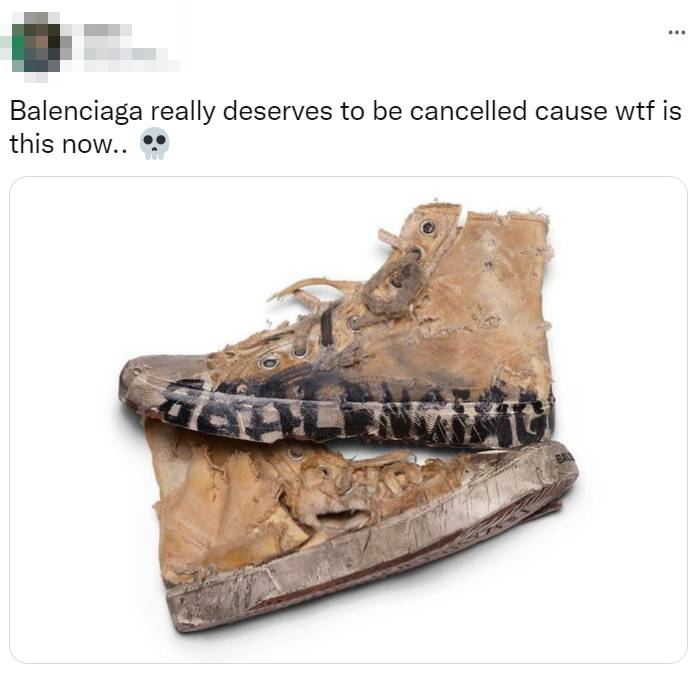 A few others even said that the brand is “trolling at this point” as they can’t believe that such items would be on sale at all, much less at a high-end boutique.

Some also accused Balenciaga of making “a mockery” of people who can’t afford good shoes, and for using poverty as an “aesthetic”.

At the end of the day, regardless of how you feel about the sneakers, one thing’s for sure — Balenciaga certainly knows how to get people talking and draw attention to their products.

While many might feel that these designs are not exactly their cup of tea, one could say that this collection might encourage people to think twice before discarding their well-conditioned shoes and clothing.

That way, as we reuse our belongings, we can collectively save the earth by slowing down environmental degradation.