When a global icon such as David Beckham visits Singapore, you know that his screaming fans are never far behind. Goldenballs, as Beckham is affectionately known, was in town to promote AIA’s Healthy Living tour. 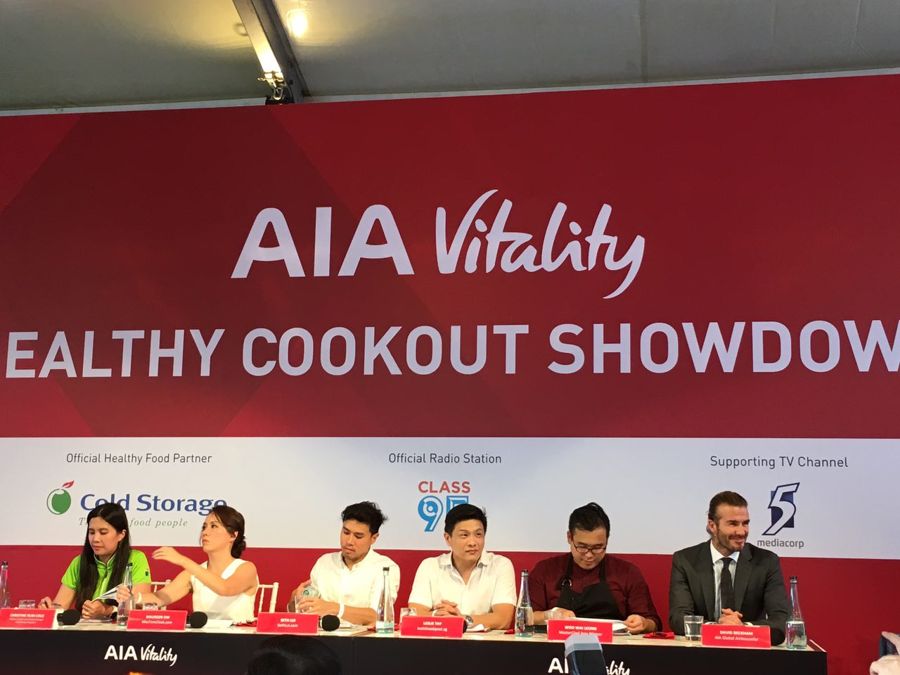 While hoards of fans turned up at the the open area next to Fullerton Bay Hotel to get a glimpse of the ex-Manchester United player, many had to be contented with seeing their idol from afar.

However, a few lucky fans had more personal time after spotting the former England Captain at a few unexpected locations in Singapore. Here are 5 places where Becks was sighted.

Few men on this planet can make a casual phone call look so darn sexy. But DAYUM SON, Becks be looking fly here. 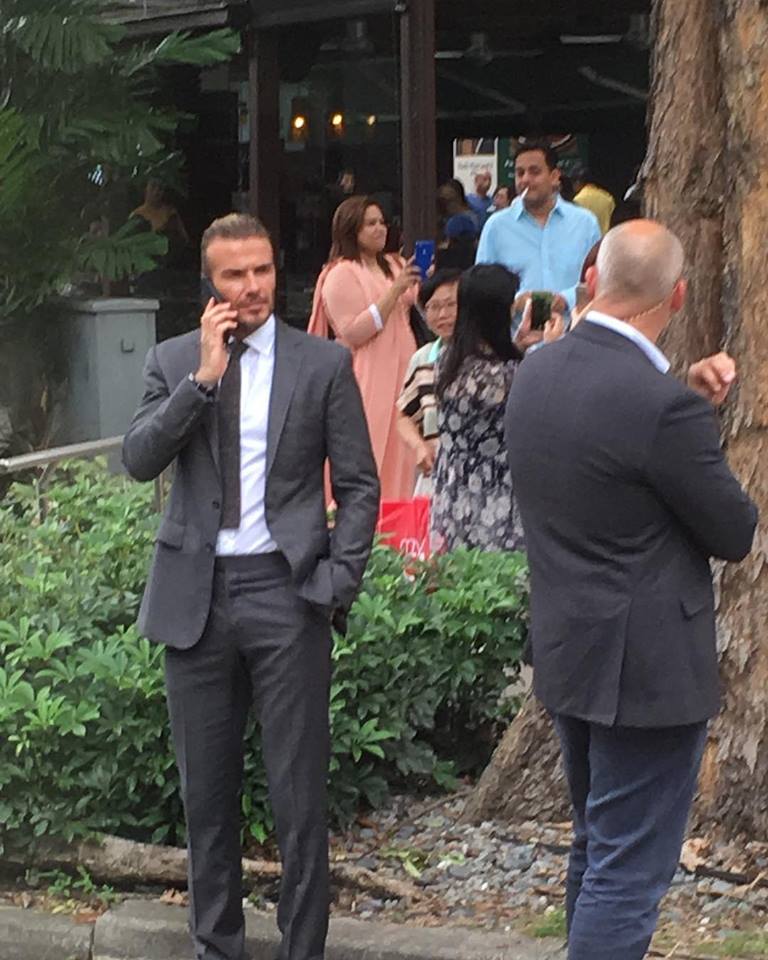 With the scores for the cookout being tabulated, one fan girl had to be contented with looking at Becks from afar as the England national shared a light-hearted moment with his personal staff. 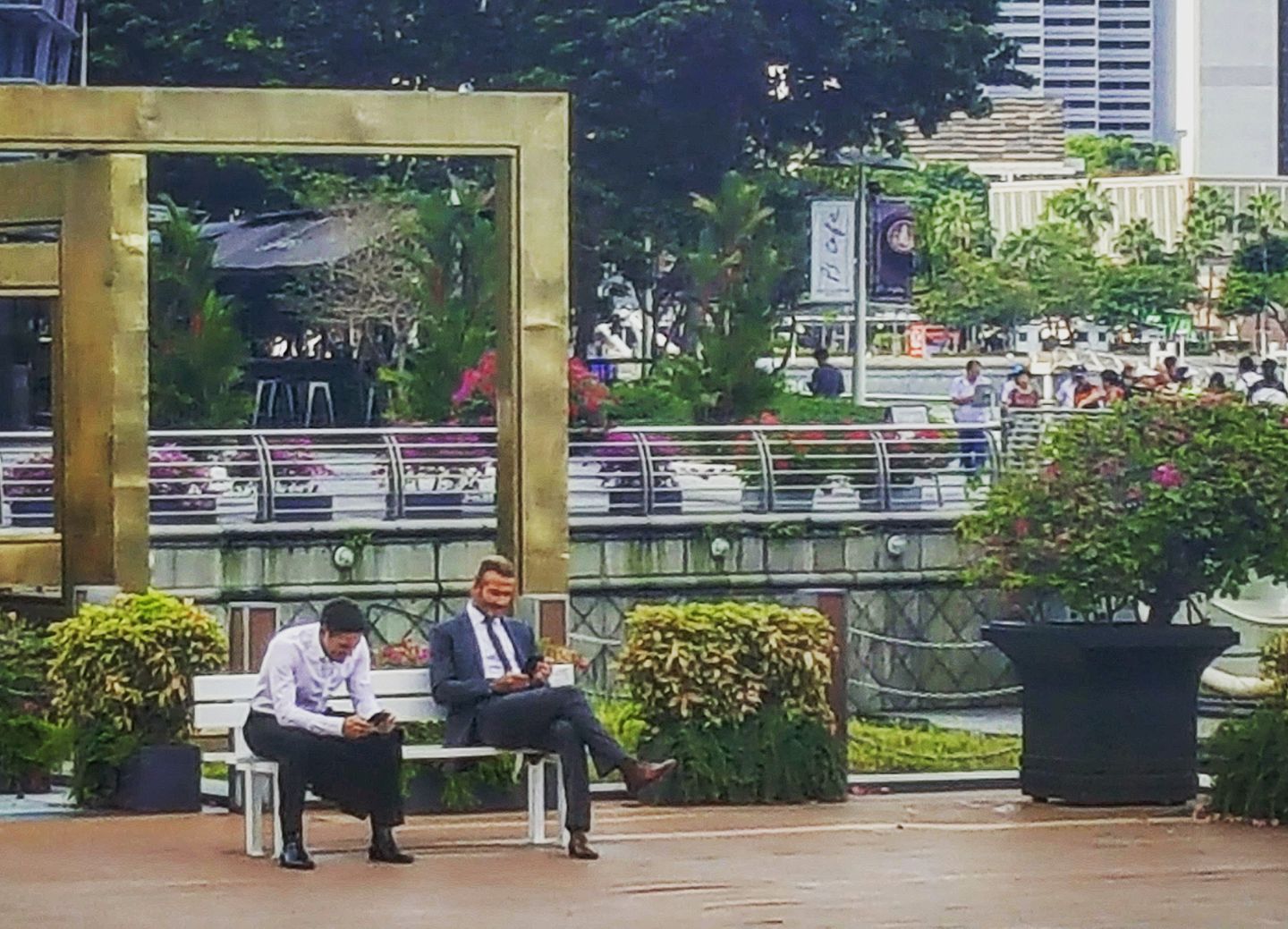 Here’s another photo of Beckham from a member of his team. 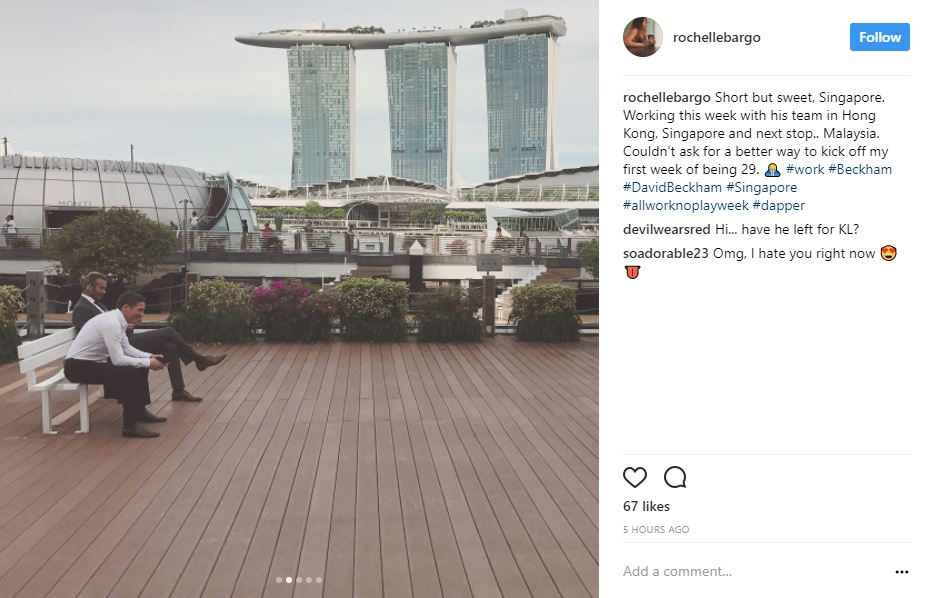 Beckham has been to Singapore on a few occasions and loves local cuisine such as chili crab, satay and even chicken rice. So it was unsurprising that Becks was spotted at Michelin Star awarded restaurant Hawker Chan.

Although Facebook user Alvin Li shared that he was prevented from taking a photo with David Beckham by the latter’s bodyguards, Mr Li managed to steal a few shots of the superstar. 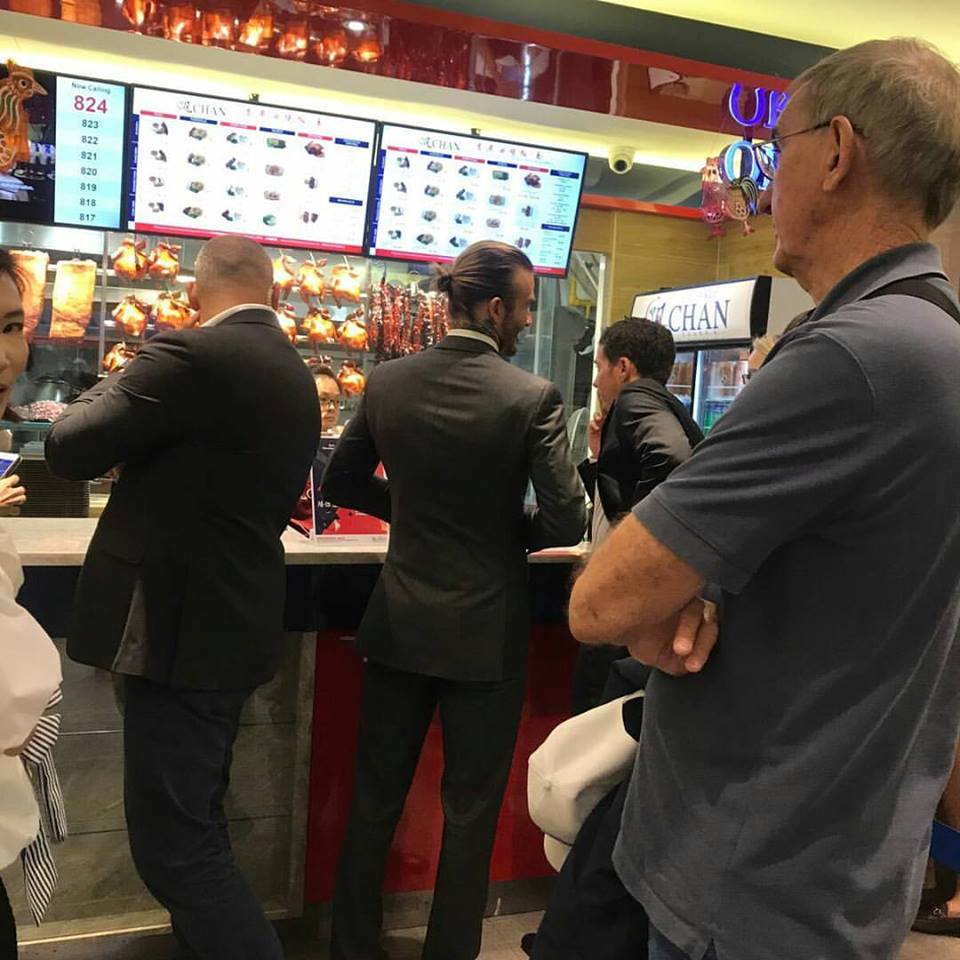 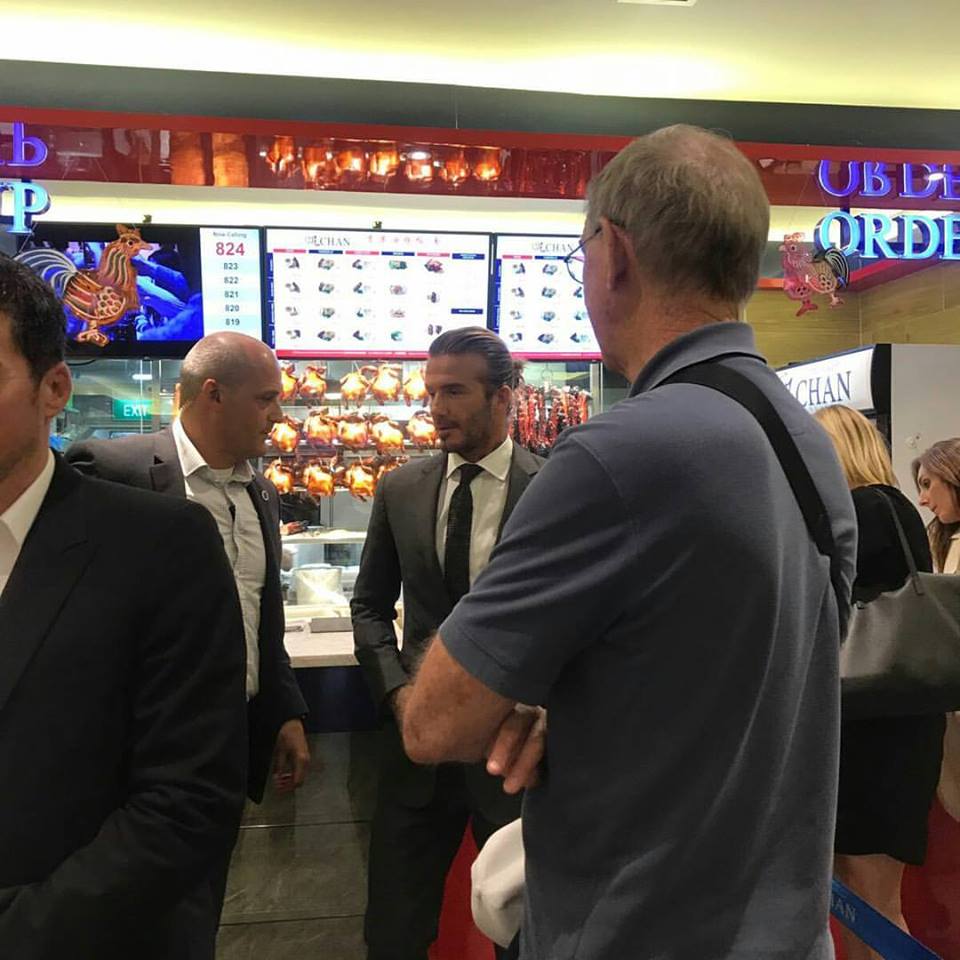 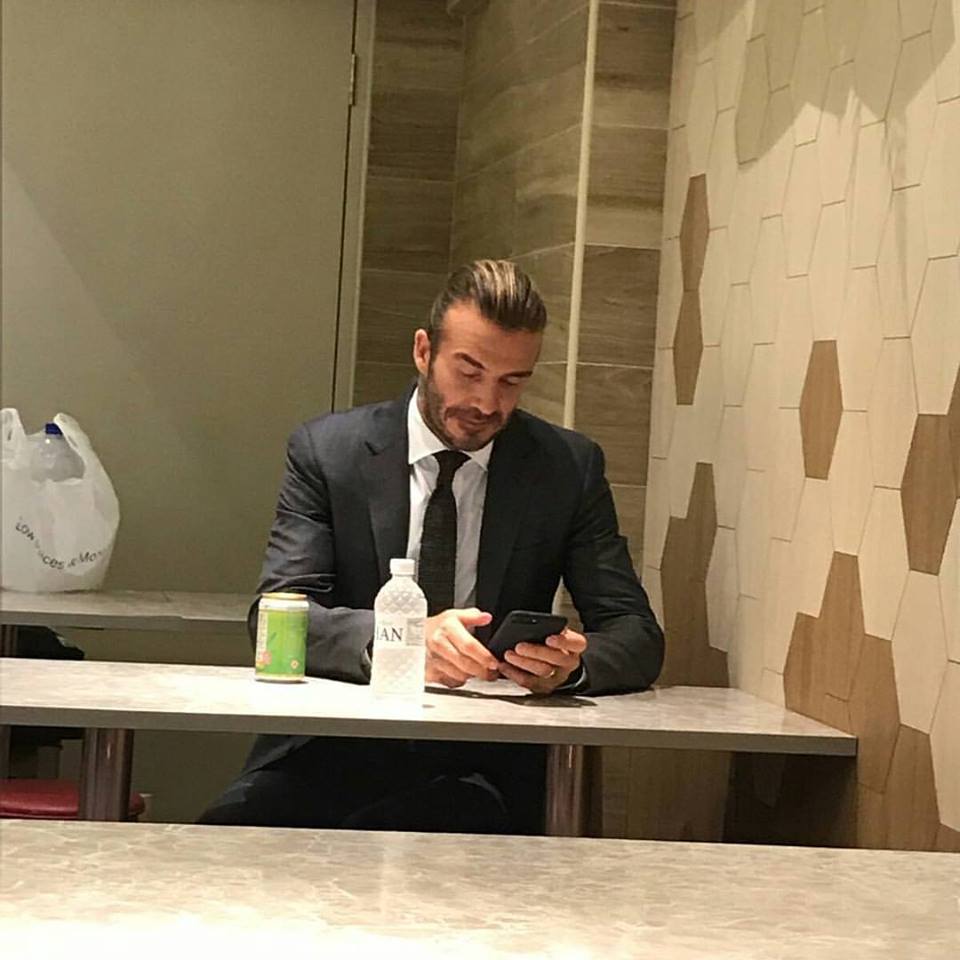 Beckham’s security team did such a good job that one poor Hawker Chan staff had to resort to sneaking a shot of Goldenballs. His attempts amused Becks so much that the chap made it onto Beckham’s instastory. 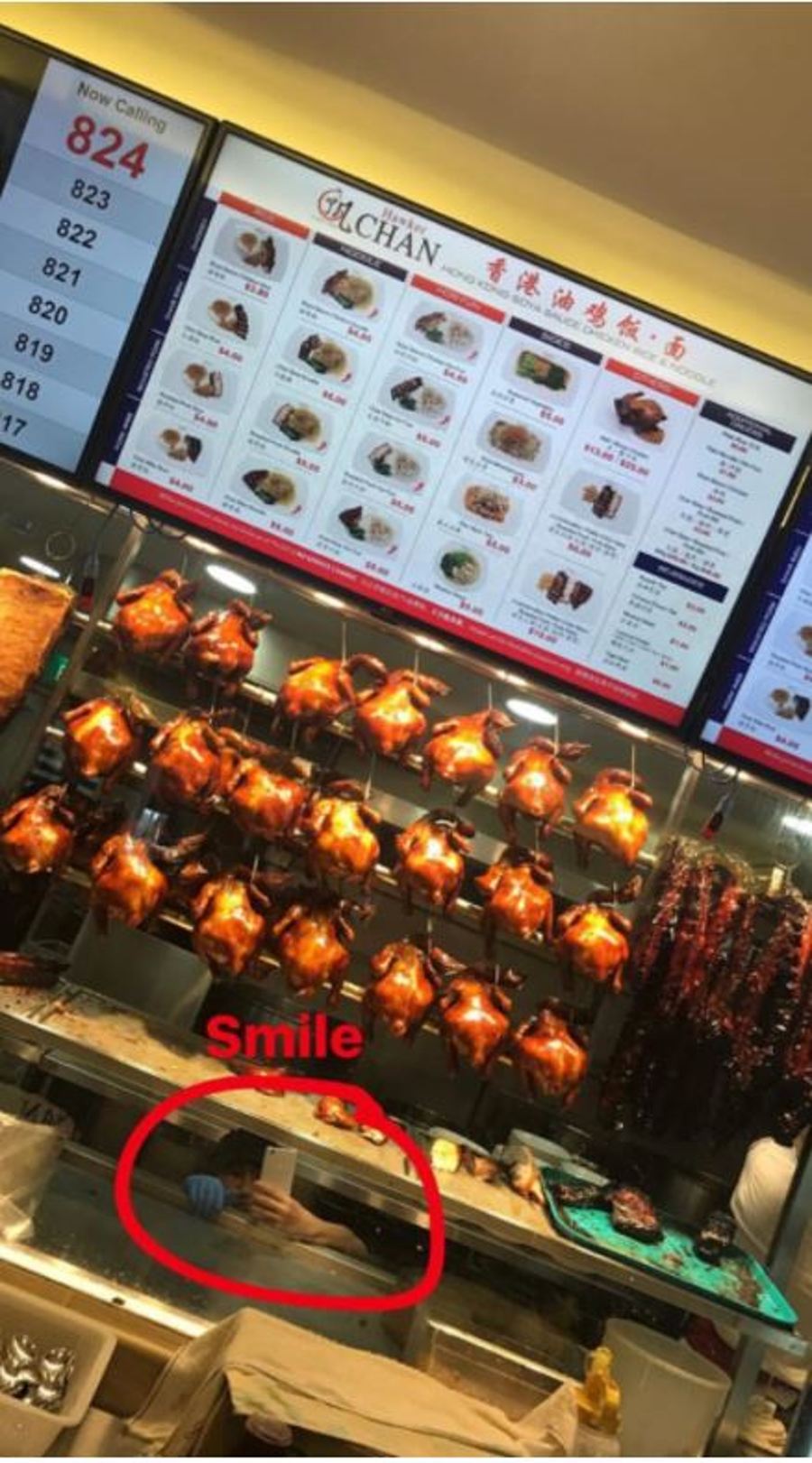 Remember the last time Beckham visited Singapore and tried some Cod sperm at Japanese restaurant Kuriya? Well, it must have left a lasting impression on him as he was spotted visiting the restaurant again. 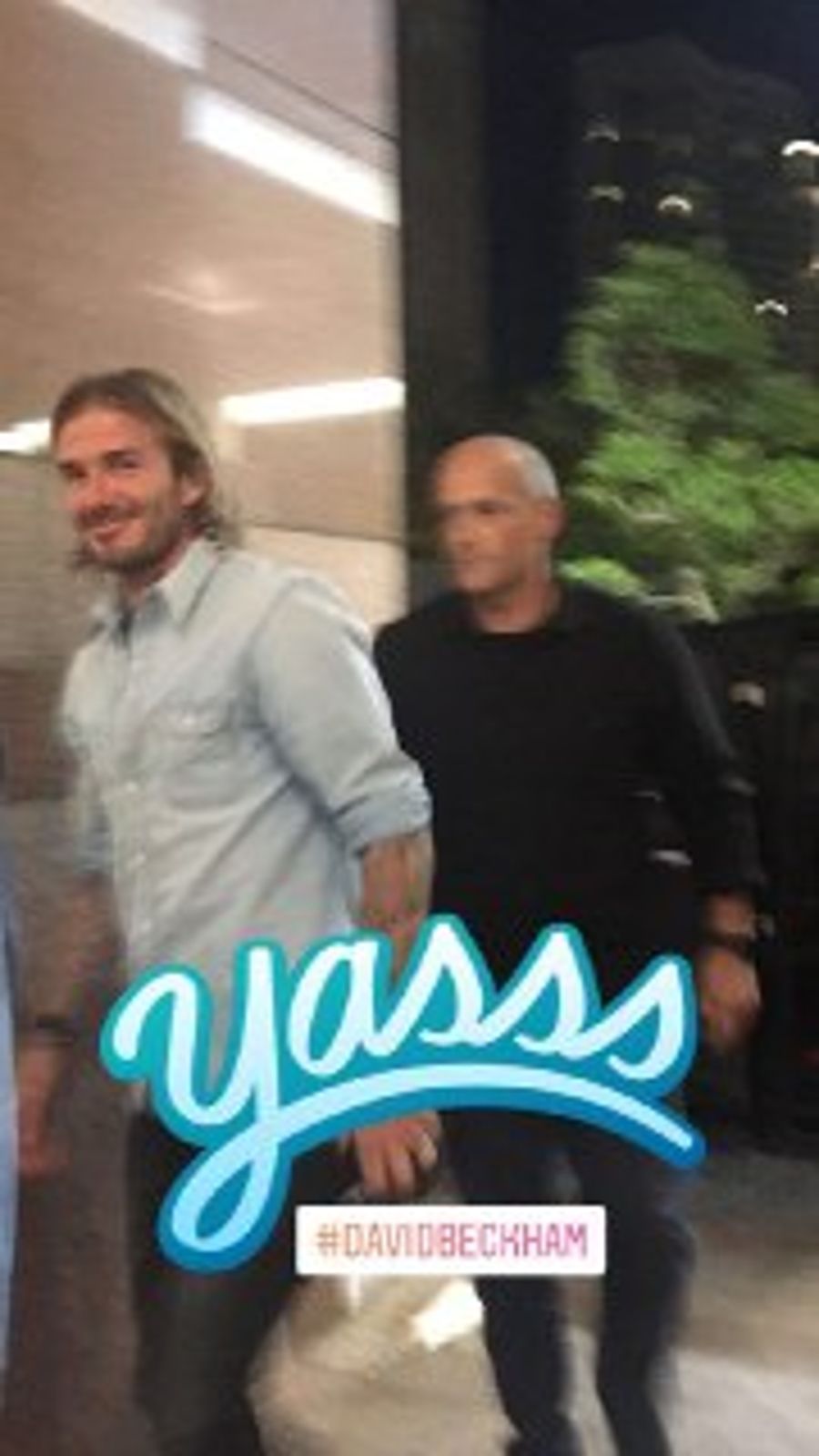 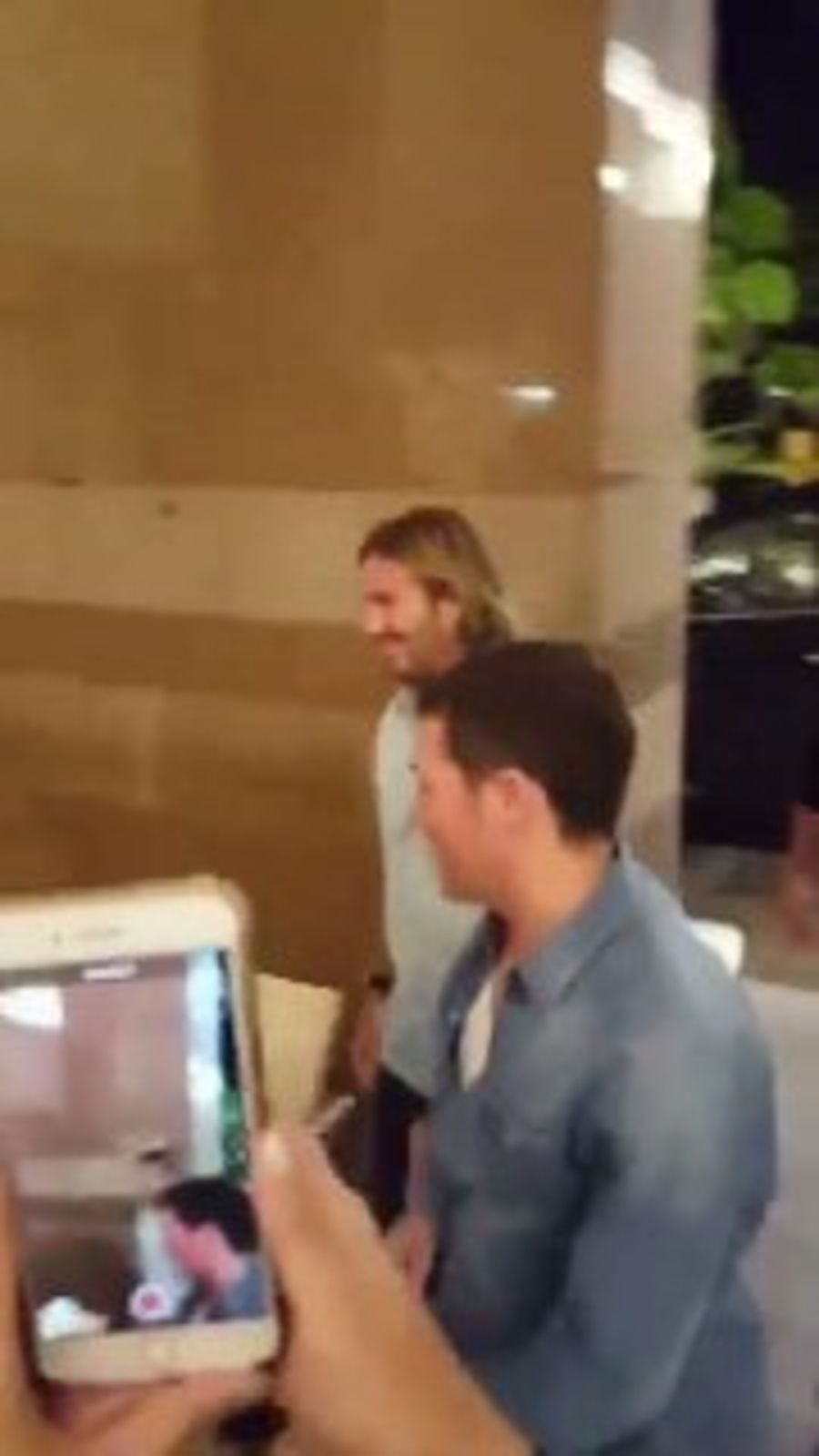 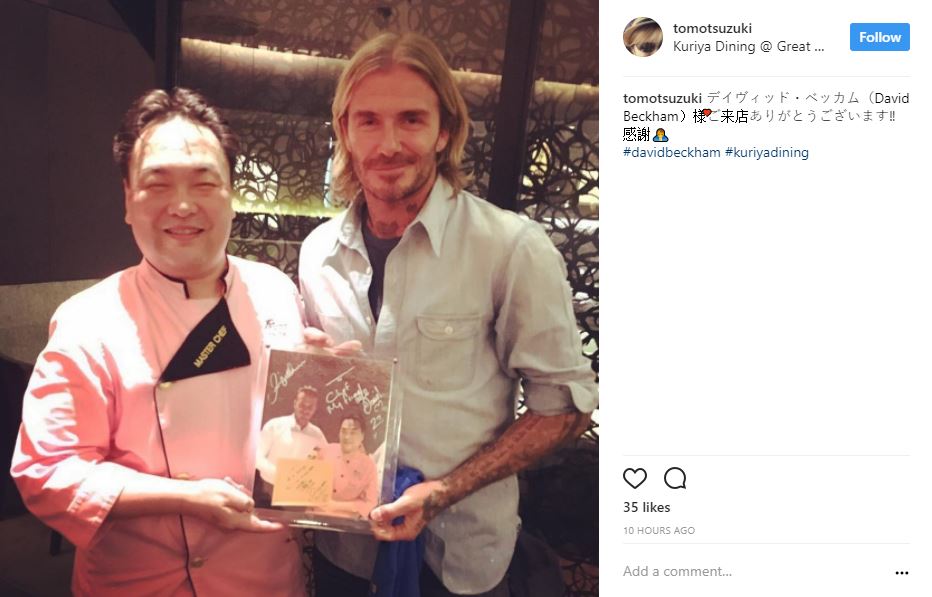 Just like the previous visit, Beckham dined with Singapore billionaire Peter Lim. However, the two were not alone as Johor Crown Prince Tunku Ismail Idris was invited to dine with them. The owner of Malaysia Super League side Johor Darul Ta’zim presented Becks with a personalised jersey. Malaysia is the next stop on Beckham’s AIA tour. 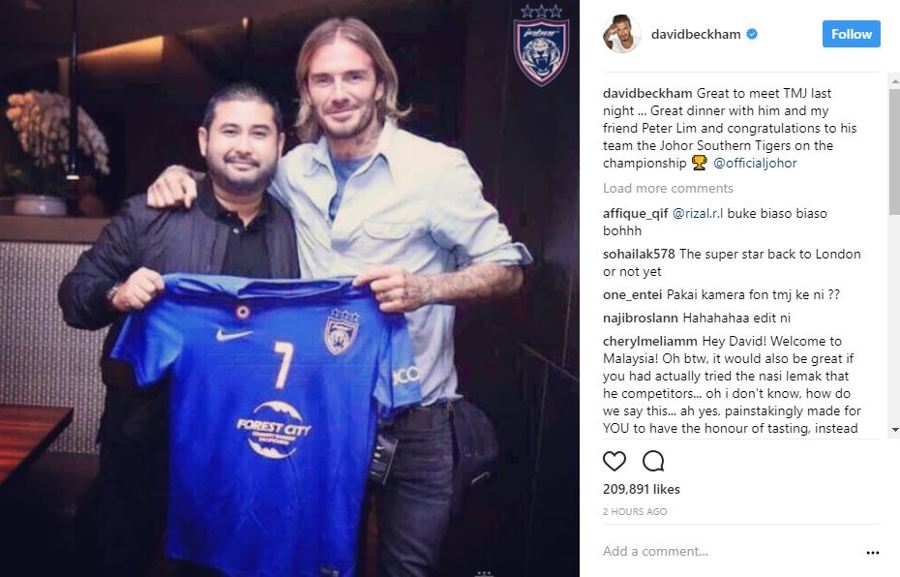 While most Singaporeans were only able to snap a picture of the winger from afar, 3 lucky Singaporeans managed to get a close up selfie with Beckham just outside Pacific Plaza. 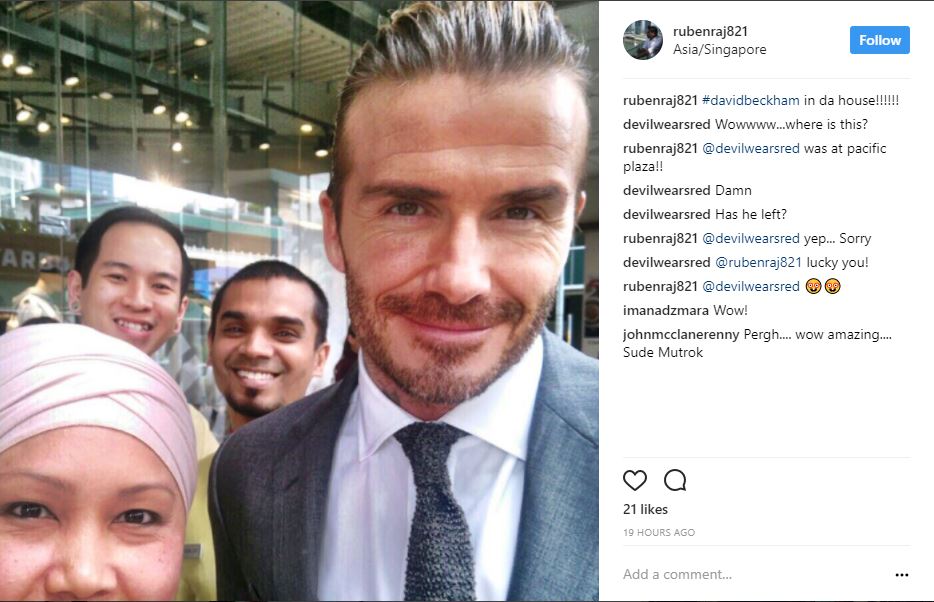 Won’t Be The Last Time He Visits

Beckham’s visit to Singapore was short-lived as he is scheduled to appear in Kuala Lumpur today (22 Sept). However, the ex-Manchester United captain told the media that he looks forward to returning to Singapore as it is one of his favourite places to visit.