Most pet owners often develop an inextricable bond between them and their pets, some to the point that the pet becomes a surrogate child. This often makes them reluctant to leave their bae with a total stranger.

But what happens if you have no choice? Well, that was the dilemma Ms Elizabeth Ting faced when she had to leave for an overseas trip.

Thinking that she was leaving Mocha in good hands, Ms Ting left her toy poodle at Dpets Centre, a pet boarding service, at Bukit Panjang Plaza on 25 Nov. However, that proved to be a costly and painful mistake as Ms Ting learnt when she returned on 4 Dec.

A day before Ms Ting was due to return, she sent her helper to collect Mocha from Dpets Centre. Seeing that Mocha’s left hind leg injured, Ms Ting’s helper immediately questioned the boarding service staff.

However, Ms Ting alleged that the centre’s staff brushed her helper’s questions aside and so a limping Mocha was brought home without any explanation.

When Ms Ting returned home, she was shocked to find her beloved pet in such a state and immediately called Dpets Centre to seek for an explanation.

This was when the horrible ordeal unfolded. In a Facebook post on 9 Dec, that was updated on 10 Dec, Ms Ting alleged that the boss of Dpets Centre had acted unprofessionally and refused to admit that the centre had mistreated Mocha.

The sight of the toy poodle limping would have broken the hearts of most people, but Mocha had also lost his voice and emitted a yellow discharge. When Ms Ting contacted Dpets to seek an explanation, she alleged that the boss, one Dennis Ng, had “assured [her] that it was a minor injury”.

Ms Ting admitted that she “foolishly” listened to Mr Ng’s advice and decided to wait until 7 Dec (3 days later), to bring Mocha to a vet.

The horror, the horror

Upon seeing Mocha, Dr Lennie Lee from The Animal Clinic in Clementi immediately suspected that Mocha might have sustained a joint dislocation. His fears were confirmed after Mocha was given an X-ray. 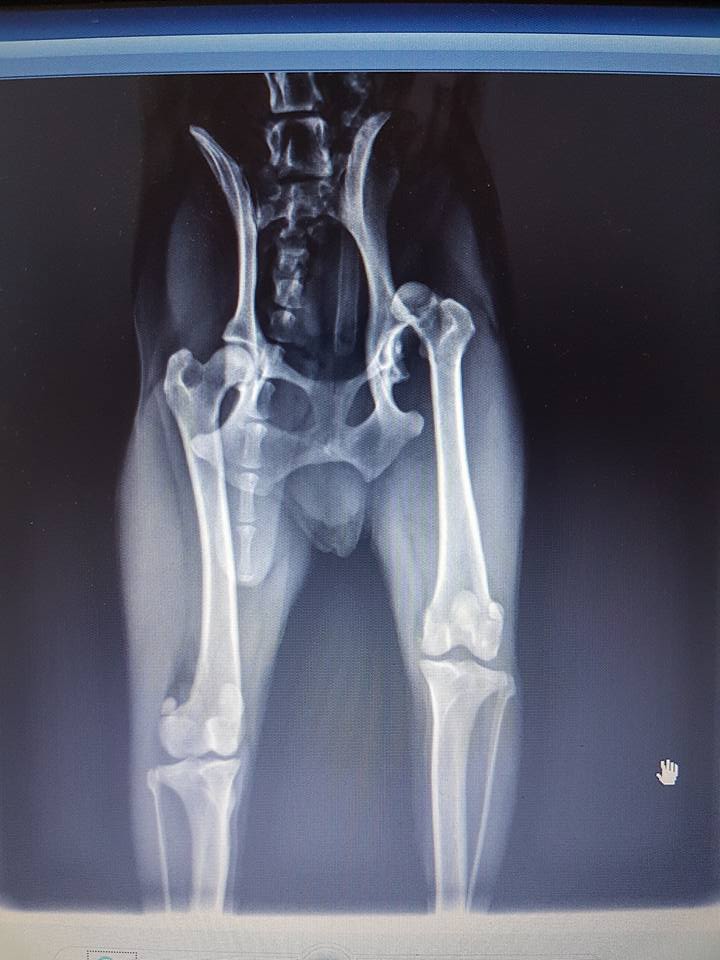 Imagine the pain and anger Ms Ting must have felt after she was told that Mocha’s dislocation on its left hip was not something that “happened easily”.

The veterinarian attempted to relocate the dislocation but was unable to do so as the muscles around Mocha’s leg had stiffened. The only option left was for Mocha to undergo surgery.

On 8 Dec, Ms Ting returned to the clinic with Mocha for the surgery with Dr Hsu Li Chieh. Dr Hsu echoed Dr Lee’s sentiments that the injury due to a high level of trauma.

However, the pet surgeon had more bad news for Ms Ting. Dr Hsu revealed that on top of the join dislocation, Mocha had sustained a fracture near its hip bone. This complicated the surgery process with the only possible treatment being to “file away the protruding bone and let the muscles and tissues strengthen around the joint”. 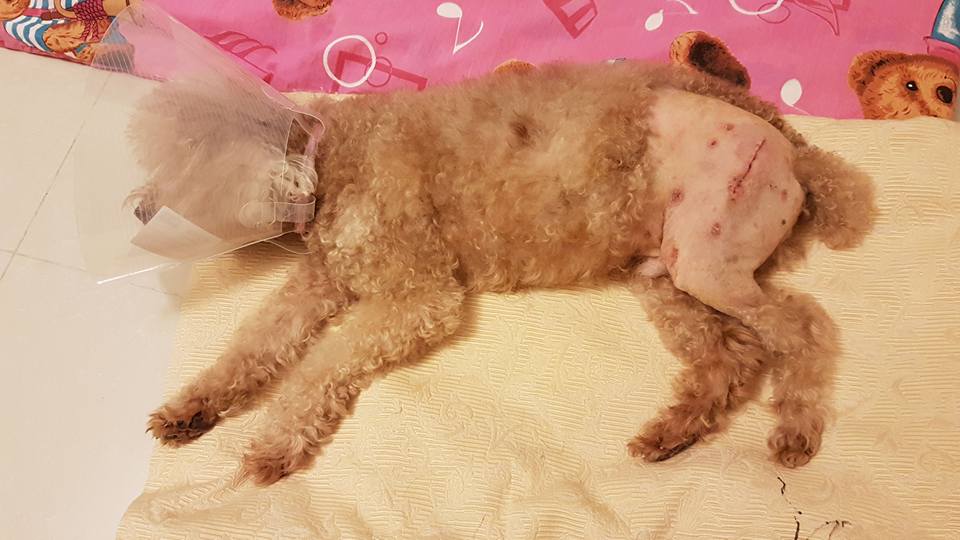 Which means that Mocha will unfortunately have a shorter left hind leg. Thankfully, Dr Hsu was confident that it would not affect Mocha in the long run given that it was a small dog.

Infuriated by the entire ordeal, Ms Ting went down with her husband to Dpets Centre to seek an explanation.

Mr Ng was present and denied any wrong doings. Instead he argued that Mocha’s injury was sustained after leaving the centre, and insinuated that the dog was abused by Ms Ting’s helper.

In a bid to get down to the bottom of this ordeal, Ms Ting requested for the shop’s CCTV footage. However, Mr Ng conveniently revealed that the CCTV camera’s in his shop were not working.

Luckily, Ms Ting spotted a CCTV that was right outside the shop that belonged to the mall’s management. Reviewing the footage with management staff, Ms Ting confirmed her suspicions that Mocha was indeed injured before leaving the pet centre.

Now you would think that given the circumstances, that would be no other excuse to give. However, the boarding centre owner simply refused to apologise or admit his abuse, even after Ms Ting threatened to report him to the police.

In a despicable move, Mr Ng retorted that “he was intending to close down his shop anyway”.

A warning for pet owners and a plea for witness

Ms Ting decided to share this story with the hopes of warning pet owners of such boarding houses.

In addition, she is looking for more witnesses to come forward and provide evidence after Ms Ting made a police report and filed a complaint to Agri-Food and Veterinary Authority of Singapore.

We decided to do some sneaking on our own and found the company’s motto is pretty ironic given that it reads “Our belief, pets are for life”.