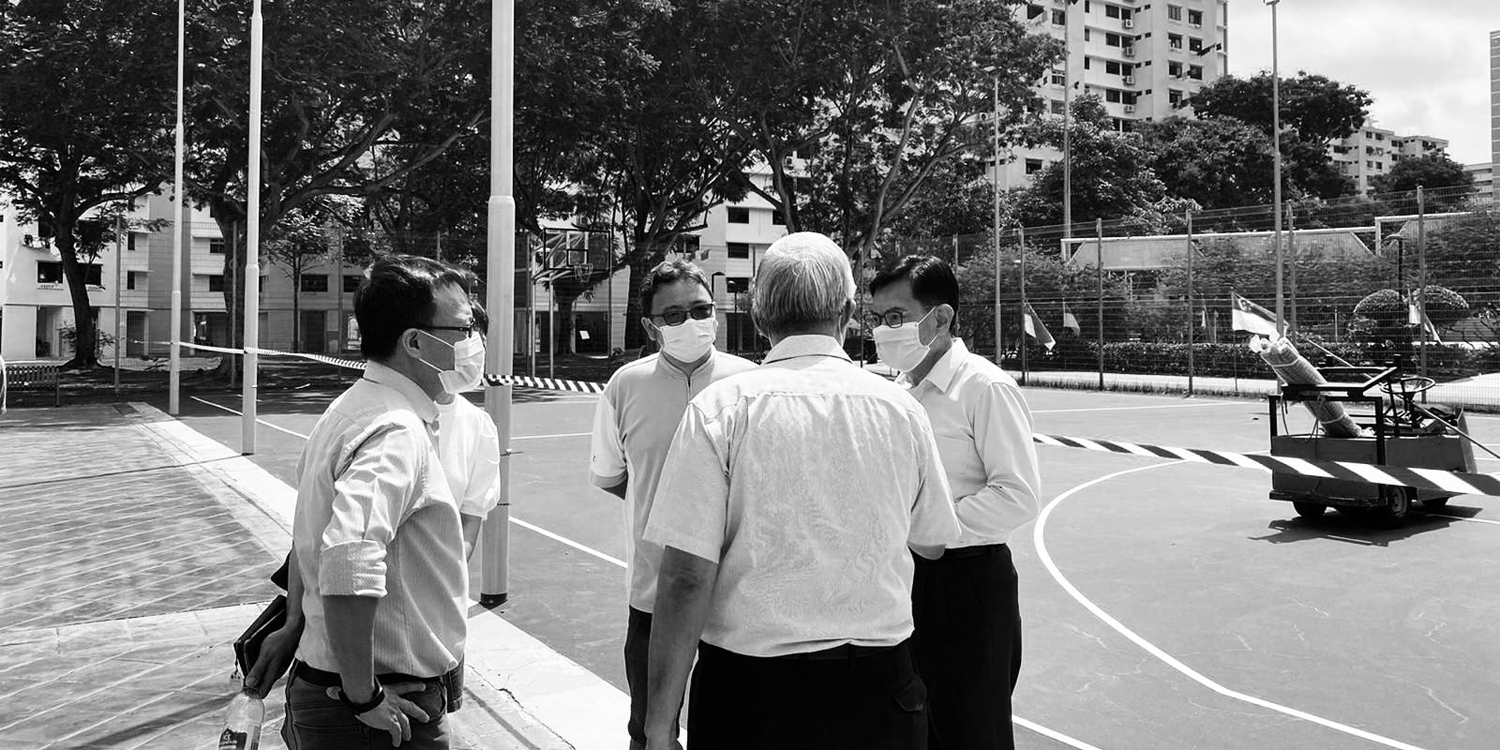 The 17-year-old was a well-liked, model student.

When news of a fatal accident at a Bedok South basketball court broke recently, all of Singapore was understandably in shock.

On Tuesday (27 Jul), East Coast MP Heng Swee Keat shared in a Facebook post that he had visited the victim’s family and offered his condolences. 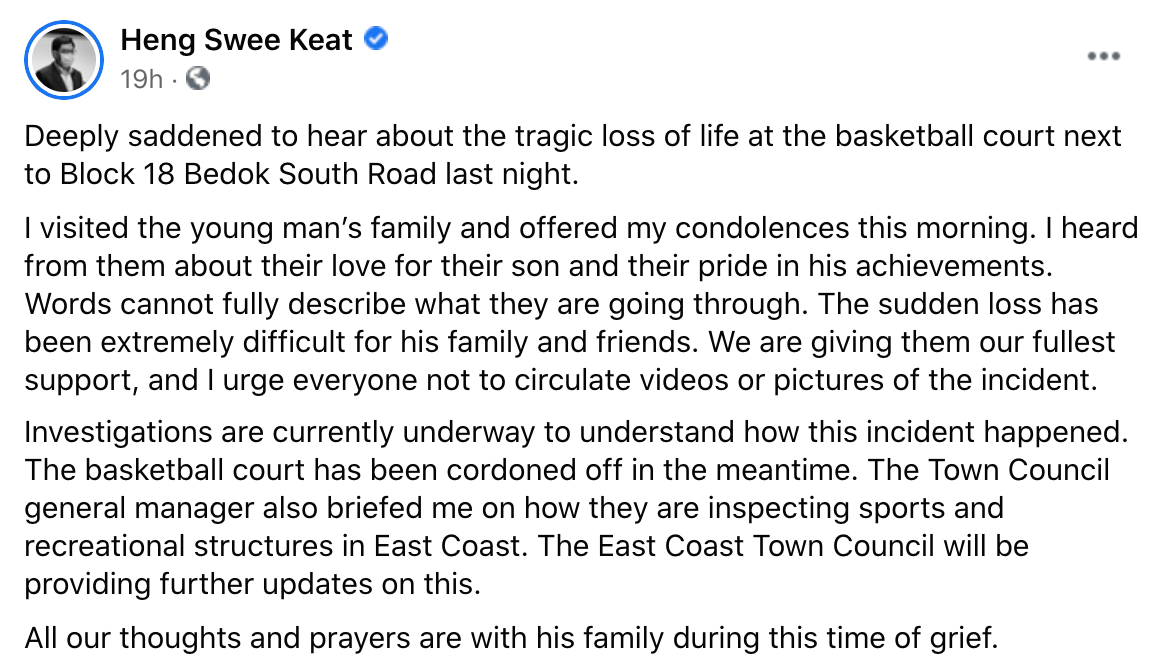 While investigations are underway, he urged the public not to circulate pictures or videos of the incident.

In his Facebook post, Mr Heng expressed his deep sadness at the tragic loss of life from the accident. On Tuesday (27 Jul) morning, he visited the 17-year-old victim’s family to offer his condolences.

During his visit, the victim’s parents reportedly shared about their love for their son and their pride in his achievements.

The sudden loss has been extremely difficult for them and the victim’s friends.

Mr Heng then asked that the public show their support by not circulating videos or pictures of the incident.

In the meantime, the basketball court has been cordoned off. 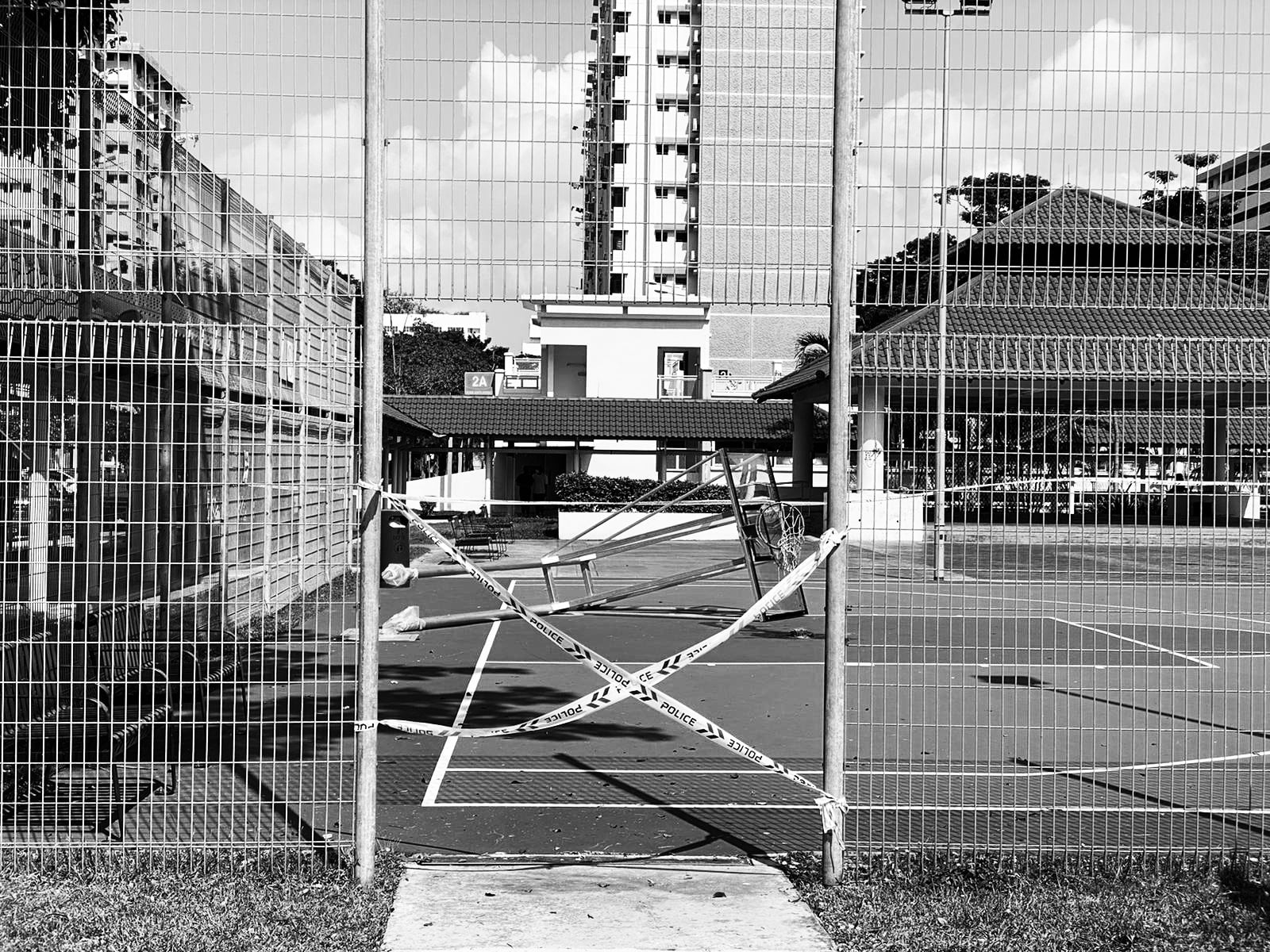 The East Coast Town Council is also inspecting all sports and recreational structures in the area and will provide updates soon.

According to The New Paper (TNP), the new hoop was installed at the Bedok court in Apr 2020.

But regular basketball players in the area told TNP that the whole basketball structure was already tilted prior to the accident.

The 17-year-old victim of the accident, Ridwan, was a first-year aerospace avionics student at the Institute of Technical Education (ITE) College Central, reported TNP.

Lianhe Wanbao also noted that he was a model student who was popular amongst his peers.

Friends and family described Ridwan as easy-going, cheerful, and always willing to lend a helping hand.

Hearing of his unfortunate and untimely demise, over 20 friends made the trip to send Ridwan off at the cemetery.

Hope authorities will get to the bottom of the matter

This was an extremely unfortunate freak accident. Hopefully, the authorities will be able to get to the bottom of the matter and prevent such incidents from ever happening again.

MS News extends our sincere condolences to Ridwan’s loved ones. May he rest in peace.