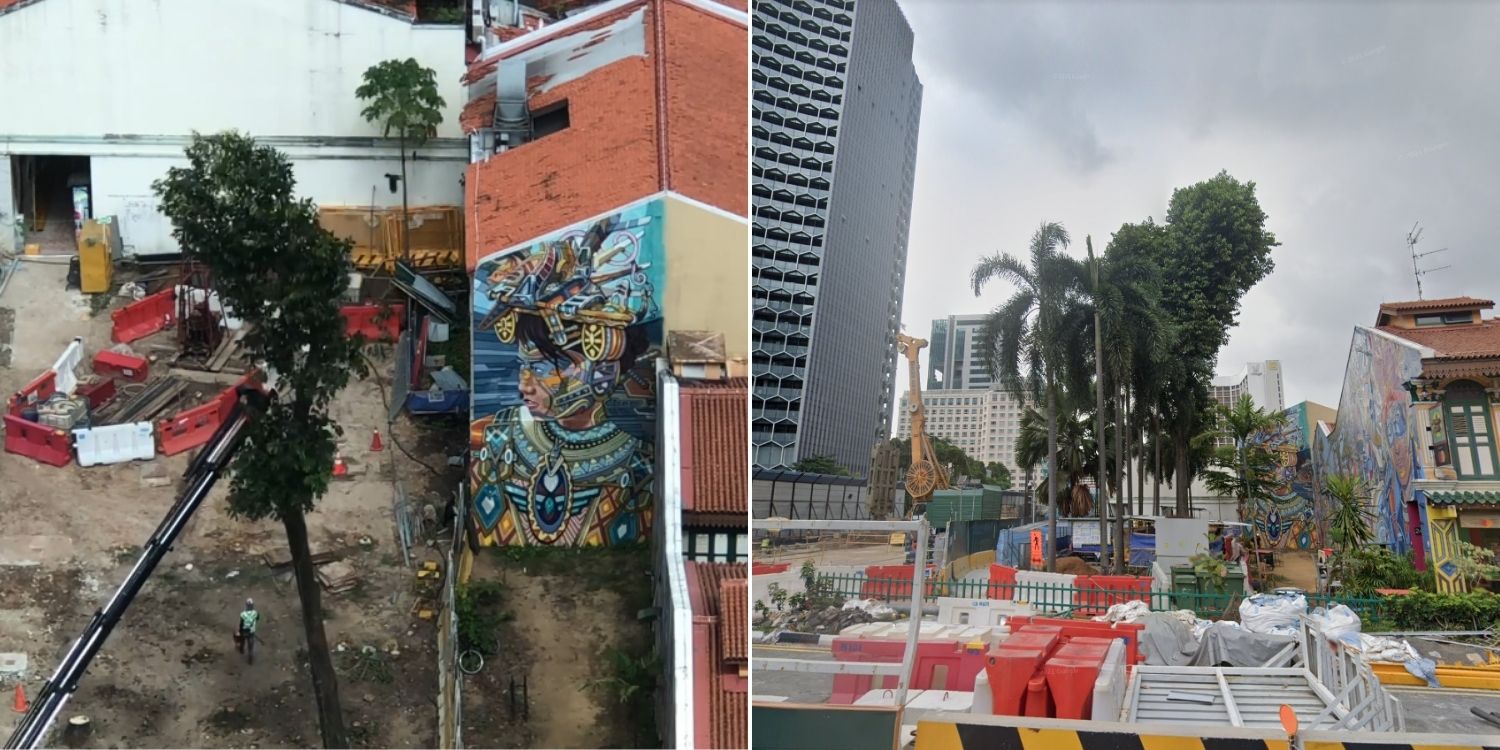 Birds Spotted Circling Around Tree That Falls In Bugis

In land-scarce Singapore, wildlife has a way of finding new places to call home.

While some creatures can seek refuge in concrete nooks and crannies, birds tend to build their nests in higher places, most often trees.

Unfortunately, construction work jeopardised one such location in Bugis, as workers began cutting down a lone tree near some shophouses.

Despite the destruction of their apparent home, the birds continued ‘clinging’ onto it till the last moment when the tree eventually fell over.

Seeing this happen in a video clip, netizens mourned the apparent loss of the birds’ habitat.

Birds fly around as tree is being cut down

In the video, birds were seen flying out and around the canopy of the tree as it was falling over.

Recounting the events after the tree was taken down, Ms Perrier claimed the birds that used to call the tree home continued circling the aftermath.

Stories or actions of urbanisation have always teetered between regretful acceptance and a feeling of unjust.

One netizen commented that the clearing of trees in this area was inevitable. Much like most of the Singapore population, we live in once-forested areas, he rues.

Another netizen suggested that the authorities observe nesting periods, so instances like these do not happen.

Meanwhile, this netizen poignantly points out that an ending has to occur for there to be a new beginning.

Hope more consideration can be given to wildlife

As unfortunate as it seems, urbanisation is necessary in land-scarce Singapore.

To make room for new infrastructural projects, sacrifices like these are, at times, inevitable.

Hopefully, more consideration can be given to the wildlife creatures that call these places home in the event of similar clear-outs.