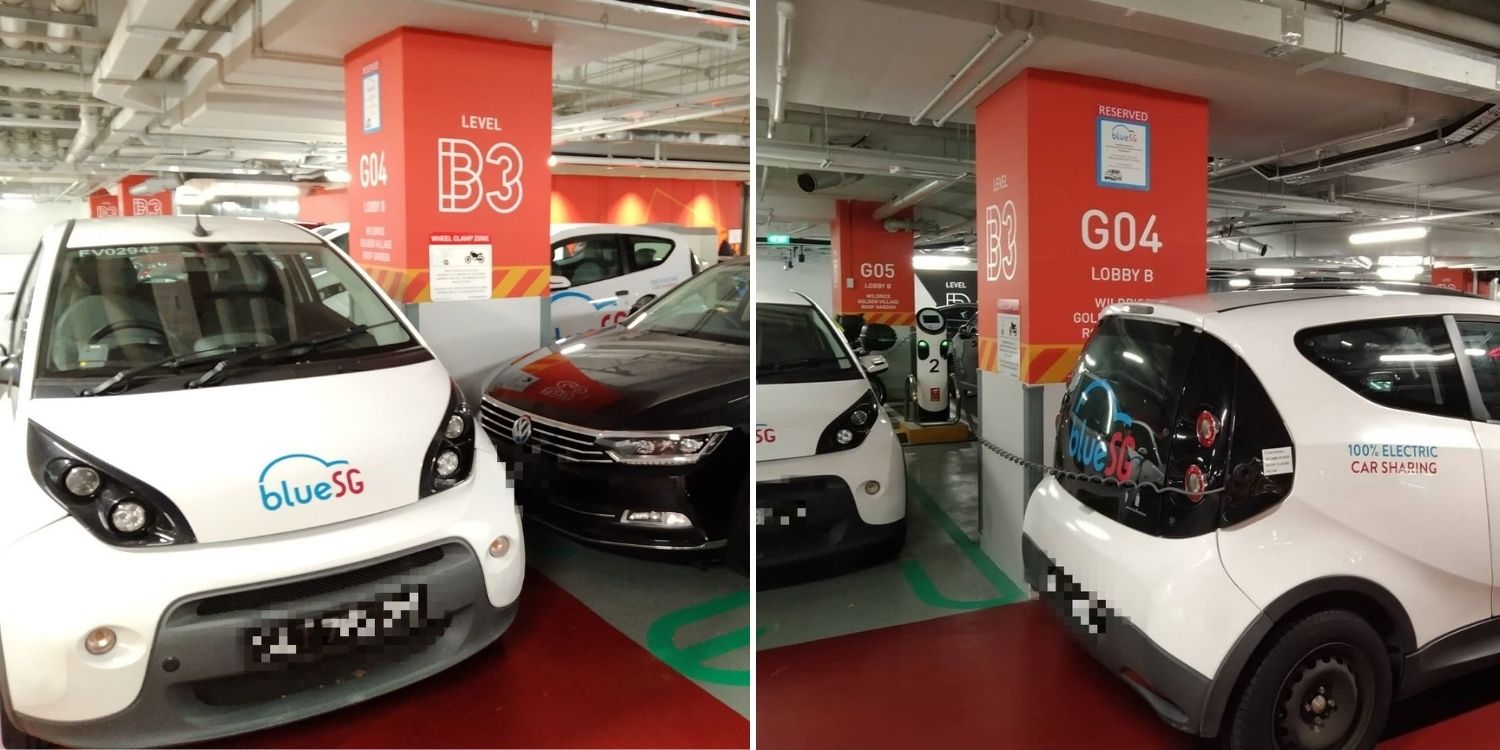 Most drivers know that they should never park in a carpark space marked out for the handicapped, no matter how crowded it is.

But some may not know that BlueSG, an electric car-sharing service, has charging stations located in carparks across Singapore.

And drivers of regular vehicles shouldn’t park there, no matter how tempting it may be to do so.

One Volkwagen sedan driver found this out the hard way when it parked in a BlueSG charging spot and got blocked by a BlueSG car that managed to get charged anyway. 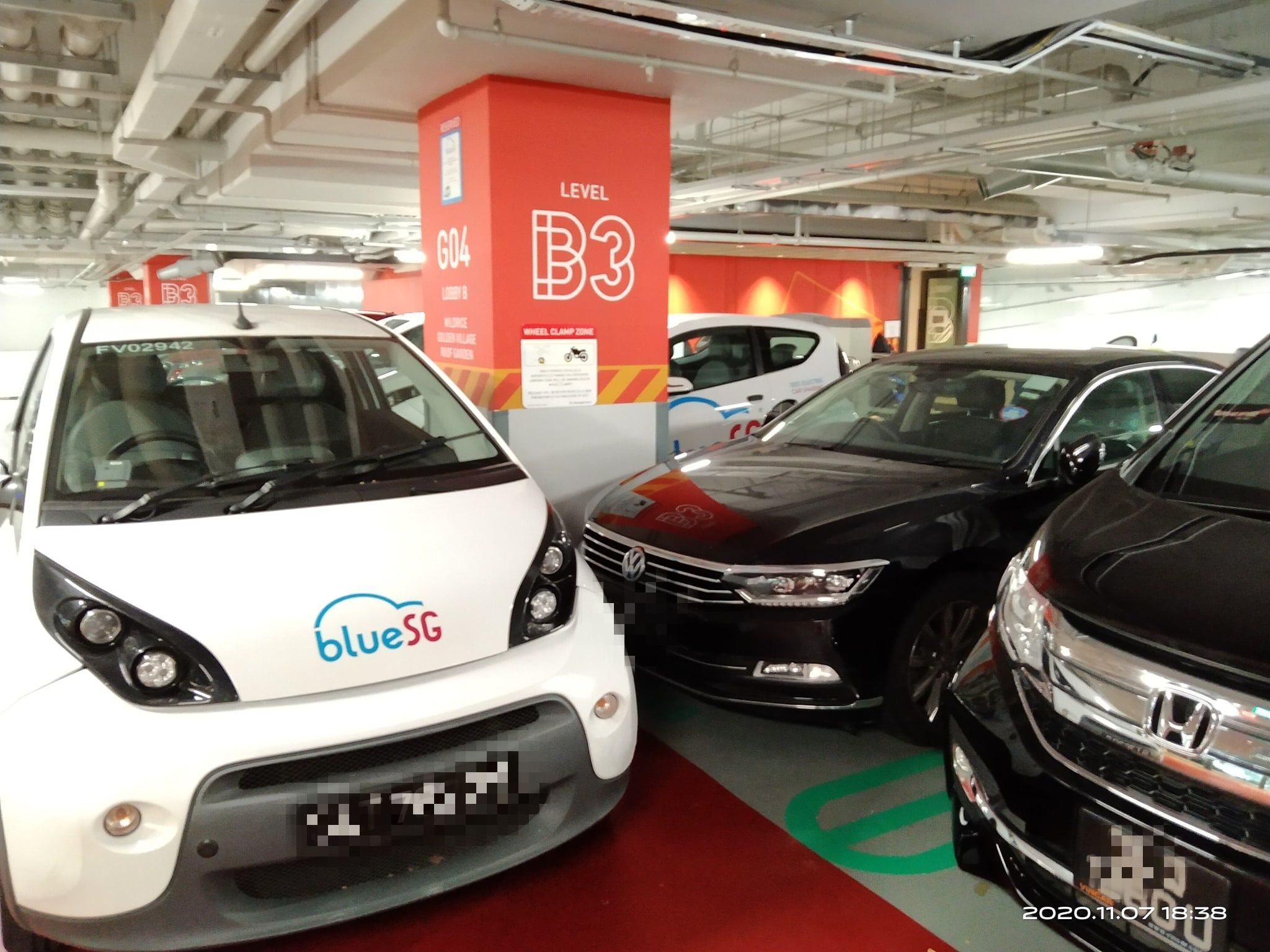 Frequent BlueSG drivers may know that the basement carpark of Funan Mall has 4 charging points. 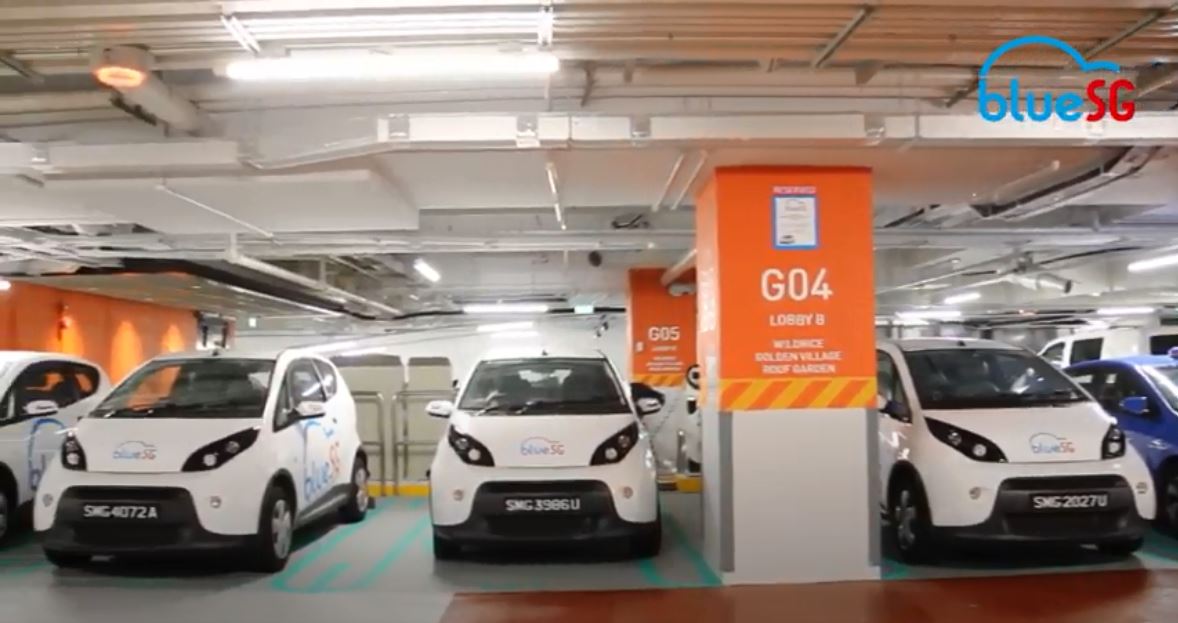 They’re located near the escalators and lift for easy access.

Thus, if the carpark is crowded, it must be very tempting indeed for drivers of regular vehicles to park in these spaces.

However, we would advise against doing that, if you don’t want to end up like this Volkswagen sedan that did just that.

It ended up being blocked from exiting by a BlueSG car. 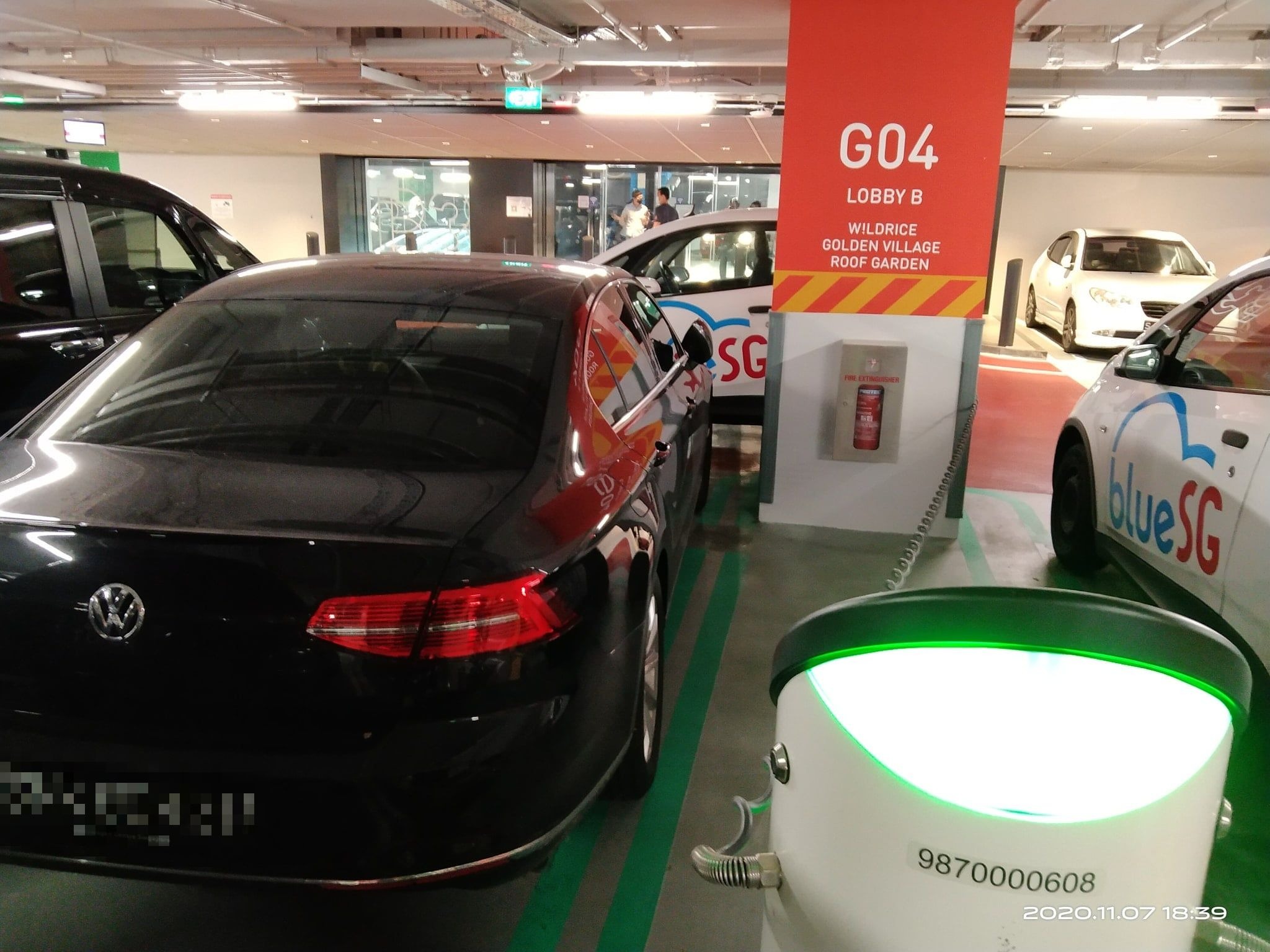 According to the time stamp on the photos, this took place on Saturday (7 Nov) evening at 6.39pm.

It was shared in a post by Facebook page Roads SG, which accused the Volkswagen driver of abusing the BlueSG parking space.

In case you may not know, when returning their cars, drivers have to park at allotted BlueSG parking spaces and dock the vehicle at the charging stations.

The rental session only ends when the car has been plugged in.

Ostensibly, the BlueSG car couldn’t use any of the other 3 charging points as they were already taken by other BlueSG cars.

At least those cars were supposed to be there, unlike the Volkswagen.

Amazingly, the driver of the BlueSG car simply extended the cable to his car and managed to dock anyway. 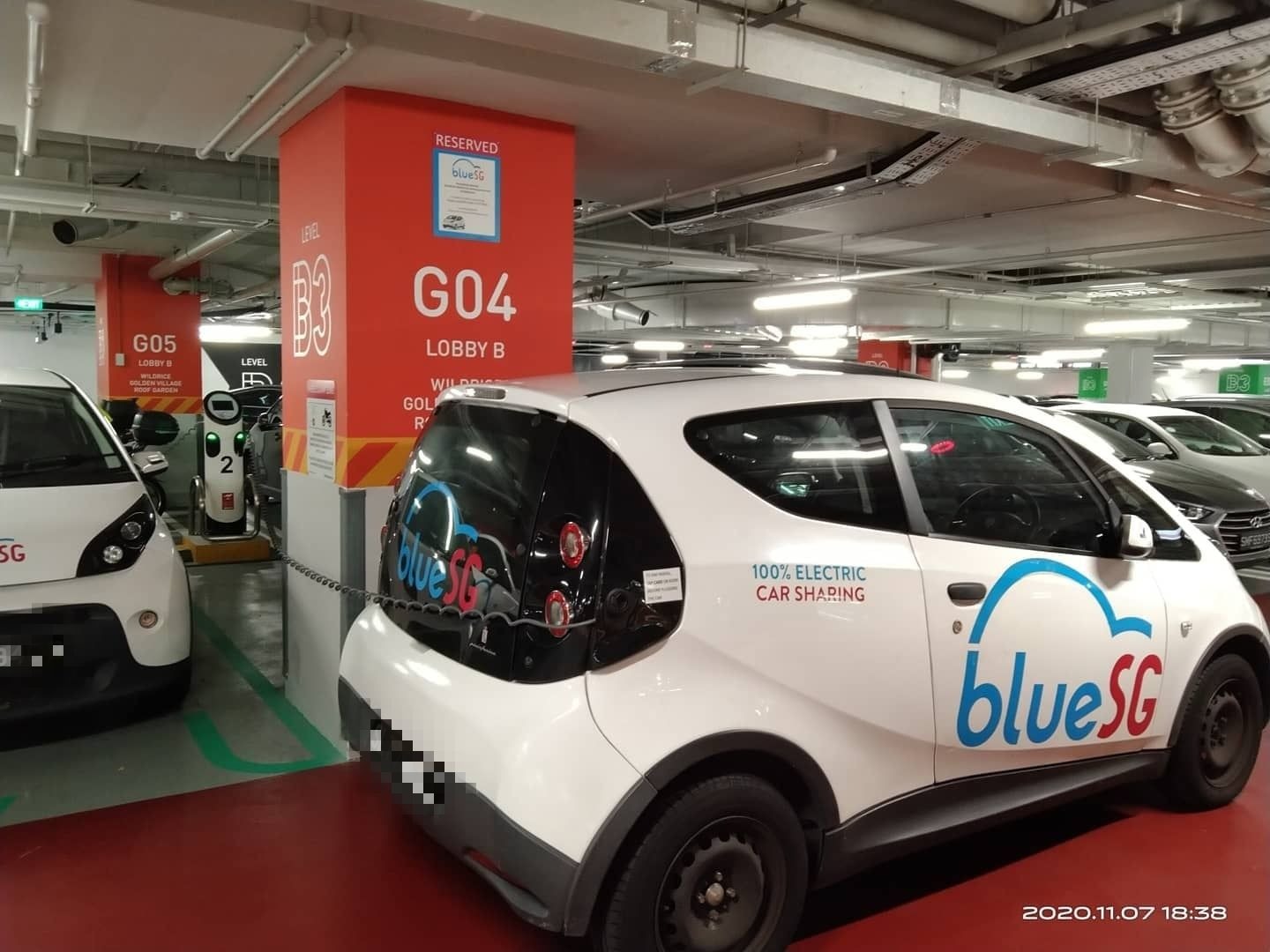 After the deed, the BlueSG driver even posted a triumphant post on the Complaint Singapore Facebook group.

It’s uncertain how the Volkswagen managed to get out of the space.

We hope that through this incident, the Volkswagen driver will learn not to park in BlueSG carpark spaces, ever.

They’re reserved for BlueSG cars only, and parking there might cause inconvenience for drivers of BlueSG cars, who won’t be able to park elsewhere to end their rental session.

So no matter how urgently you need a parking space, do spare a thought for others — and offenders who don’t may be issued with fines or end up being literally blocked.