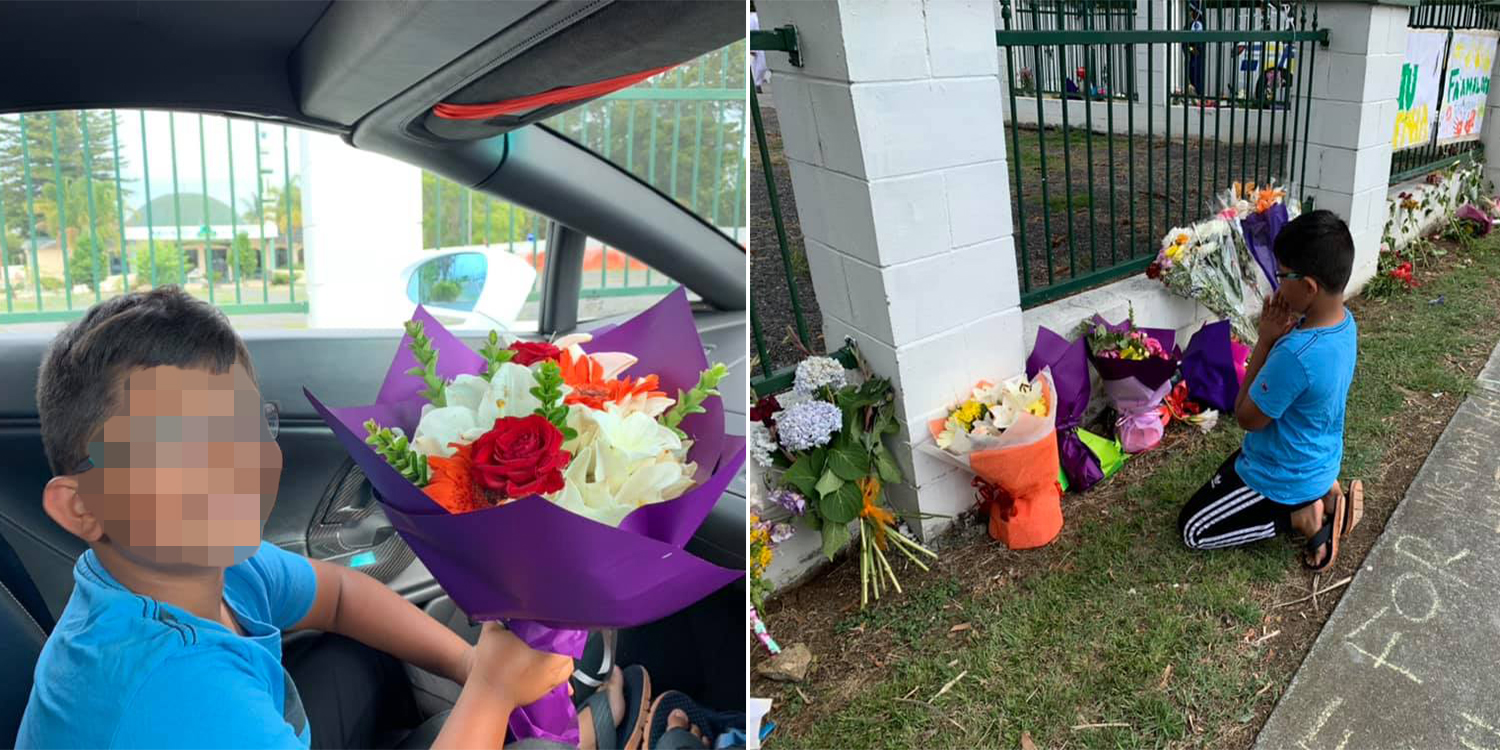 Humanity at its best.

While the Christchurch shooting has left many scarred, it has also inspired many expressions of humanity.

A father, Mr Sen, in New Zealand was about to surprise his 9-year-old son Darsh with a laptop for his birthday, but got surprised instead when the boy asked for flowers to pay respects to the Christchurch victims.

Asked for flowers as birthday gift

Mr Sen knew that Darsh had wanted a laptop for a long time. So when he asked the boy what he wanted as a birthday gift, that was the request he expected.

But to his surprise, Darsh asked for flowers instead.

Confused and curious, Mr Sen asked why flowers, to which Darsh replied,

Because I want to take it to the mosque and pay my respects to the people who died in Christchurch.

Giving the money to those who need it more

Darsh told his father that he wanted to give his birthday money to those who need it more in Christchurch.

He also said that that in the meantime, he would continue using Mr Sen’s laptop.

The pictures accompanying Mr Sen’s Facebook post show Darsh with a bouquet of flowers in hand, and later, kneeling outside the mosque where flowers are laid and saying a short prayer. If little 9-year-old Darsh has shown us anything, it is that as much hate as terrorists hope to create, they also inadvertently bring out the good in humanity.