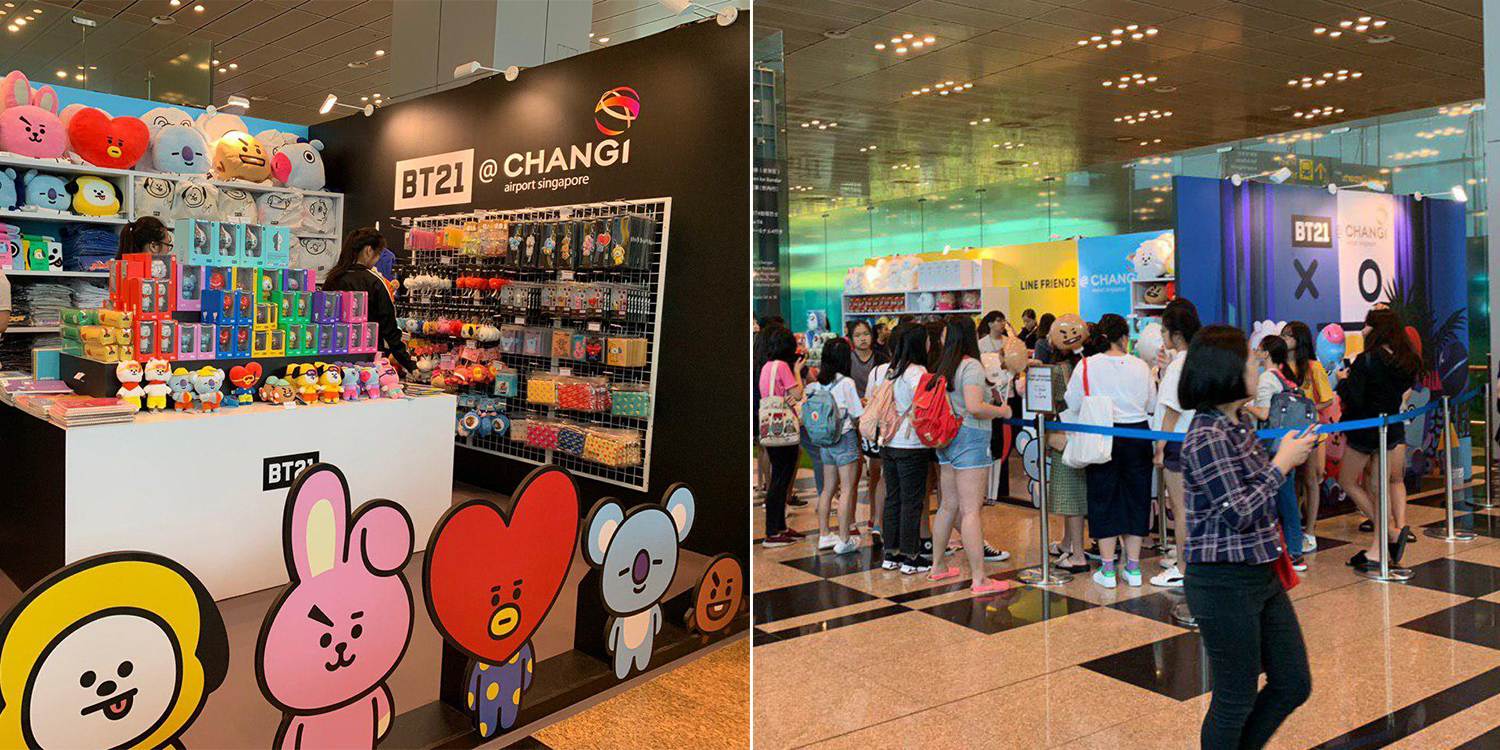 Now, brace yourselves for a pop-up store with over 350 exciting merchandise, including cuddly cushions and limited-edition standing dolls.

The store, a collaboration between LINE FRIENDS and BT21 at Terminal 3 Changi Airport, will run from today till 8 Aug. 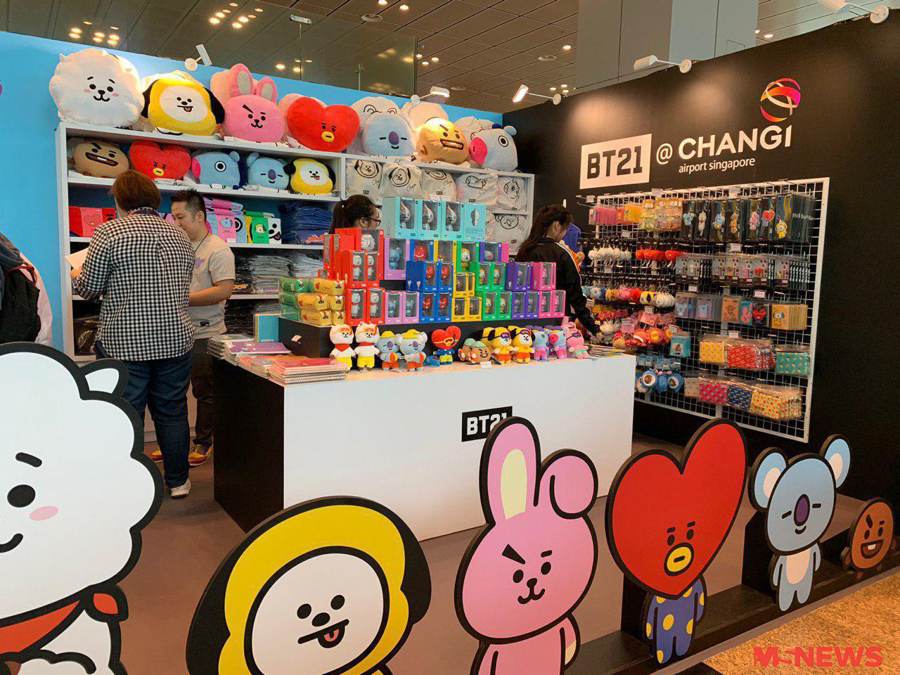 The exterior of the store is lined by the adorable animated characters from BT21, created by K-pop band BTS.

Queues started the day before its launch

Before the official launch of the store, eagle-eyed fans already spotted a little teaser as early as Wednesday (26 Jun) morning. 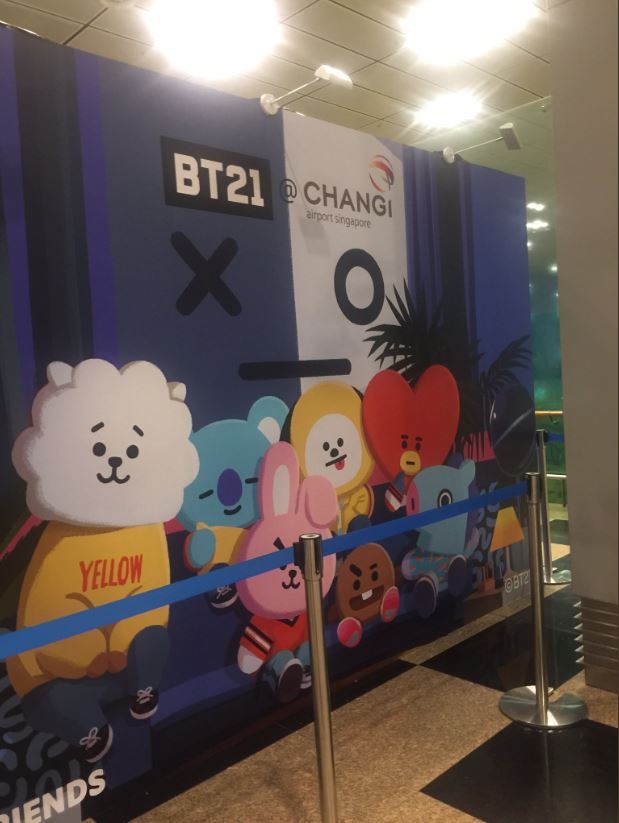 There was apparently a queue on site the evening before the opening date. 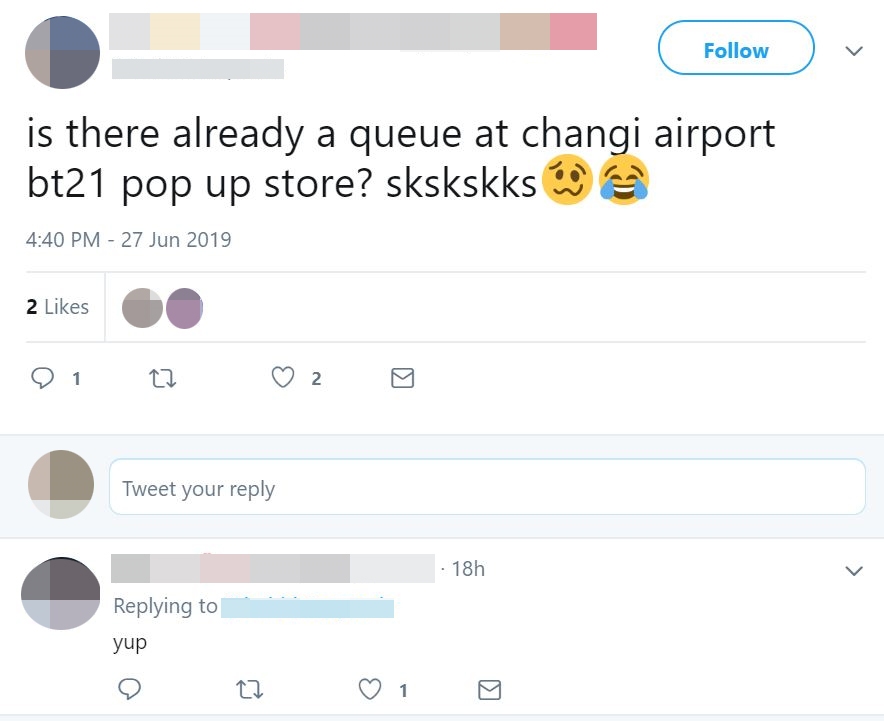 This was the queue situation at 8.20pm later that day, according to a fan who was at the store. 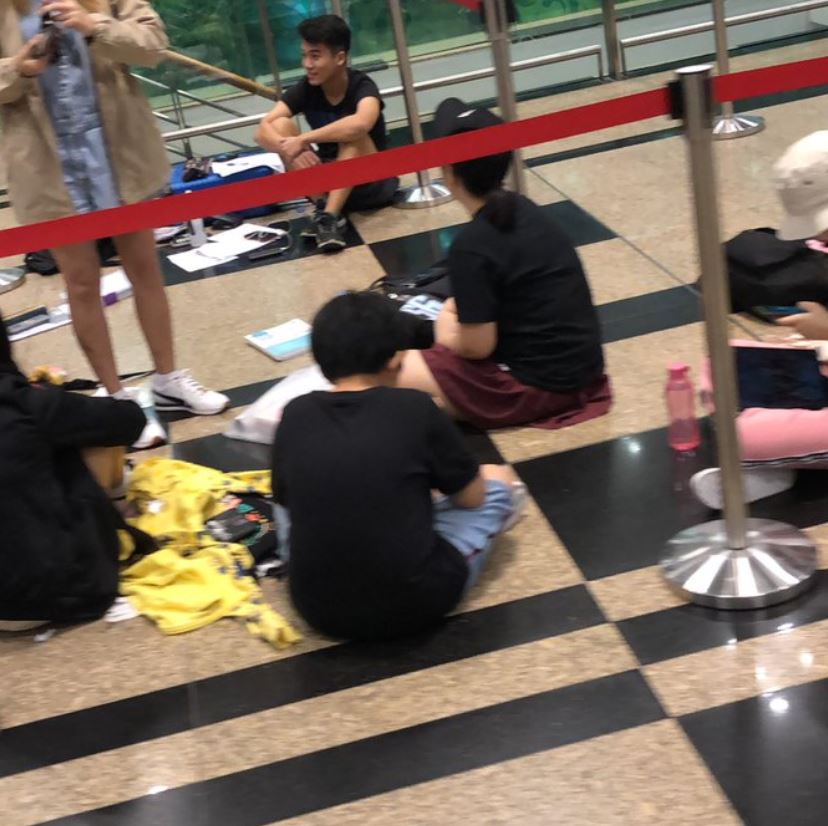 To facilitate the lines, queue slips were issued to curb the crowds. 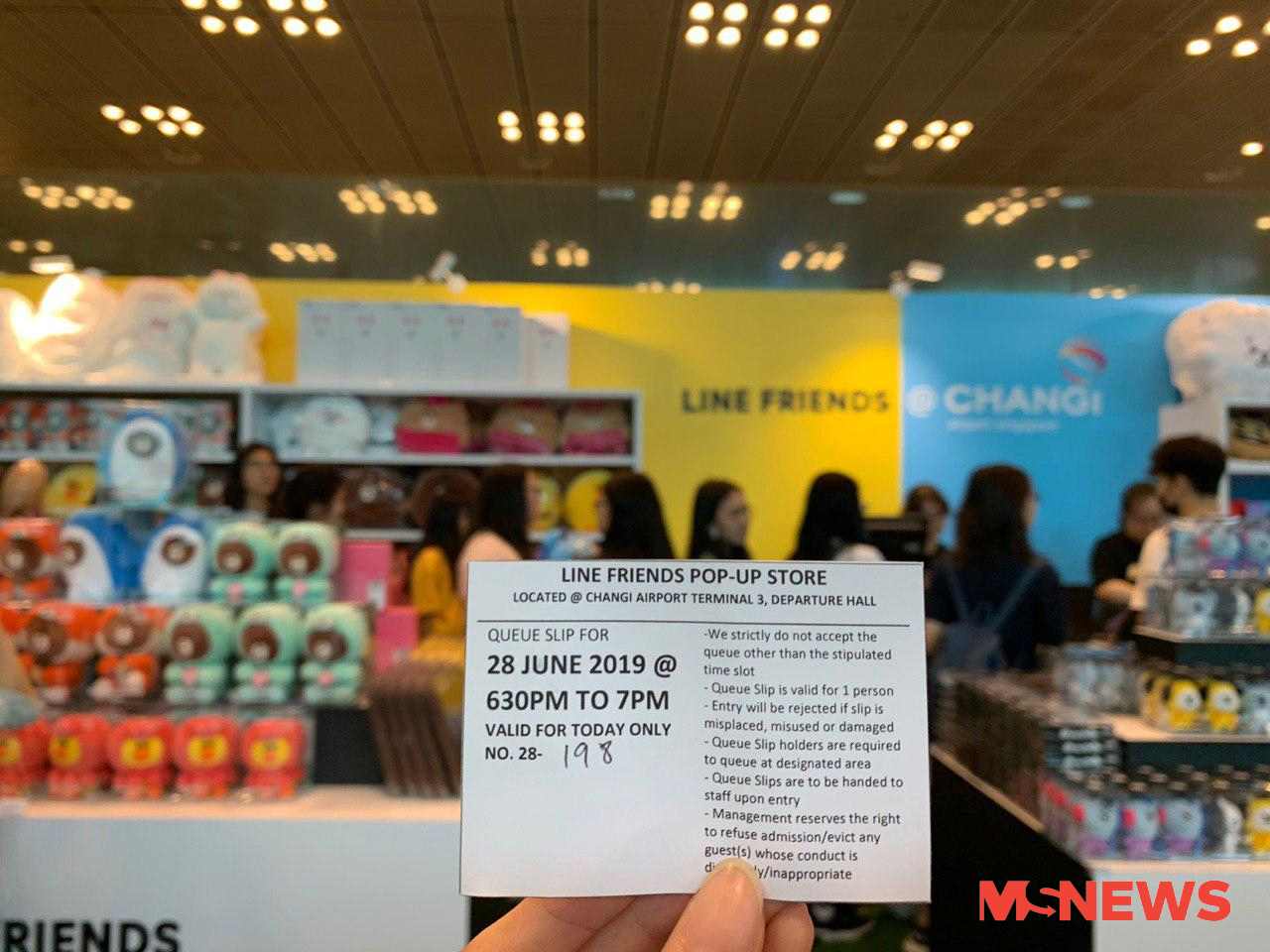 The pop-up store will offer the latest summer collection of standing dolls featuring both BT21 as well as LINE FRIENDS characters.

For their launch weekend from today till Sunday (30 Jun), the first 50 shoppers daily will be given an exclusive BT21 balloon at random. 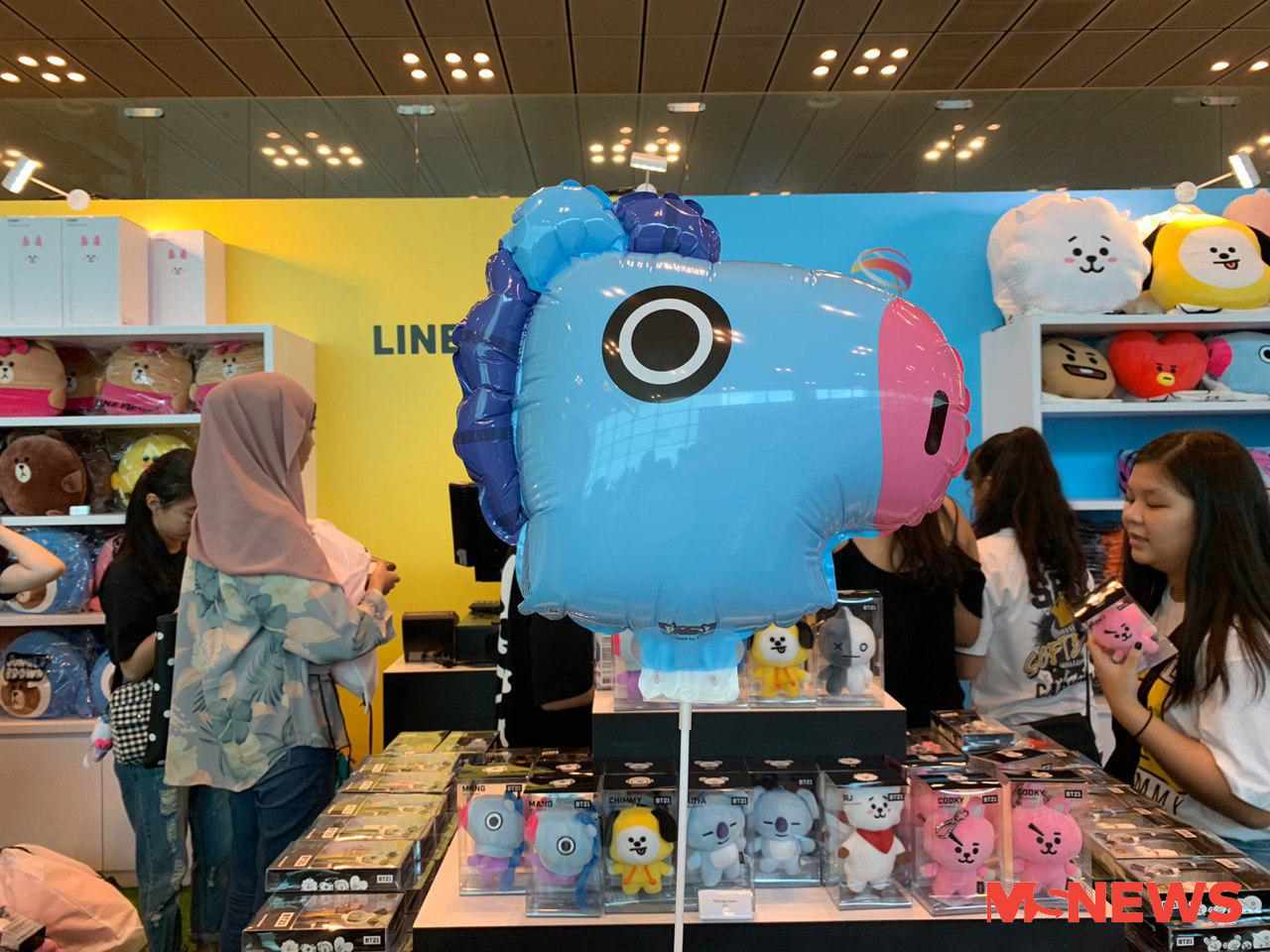 Other exciting merch to look out for include table figurines, huggable cushions, and keychains featuring the BT21 characters such as KOYA and TATA. 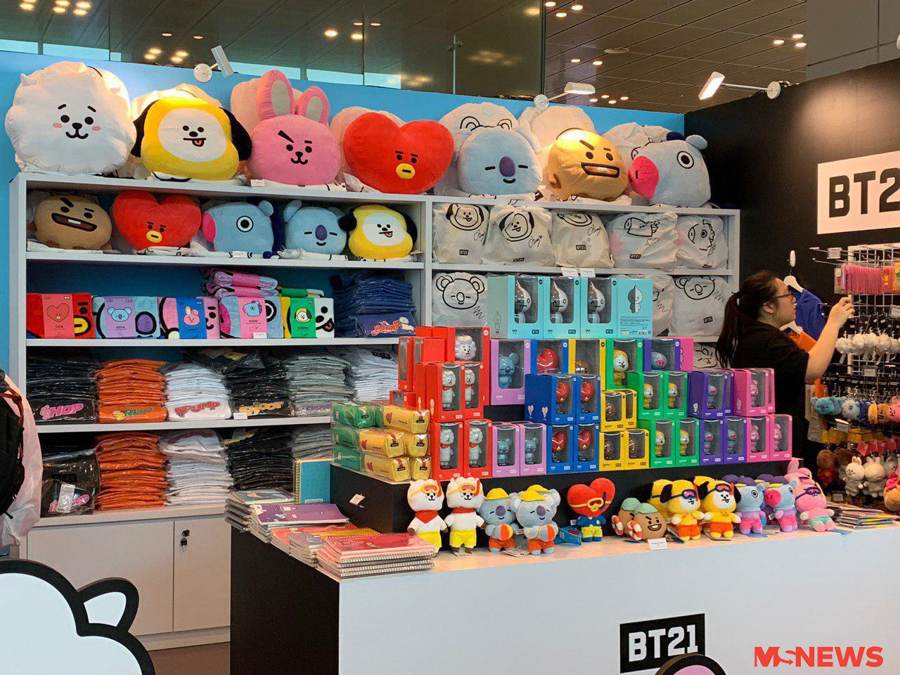 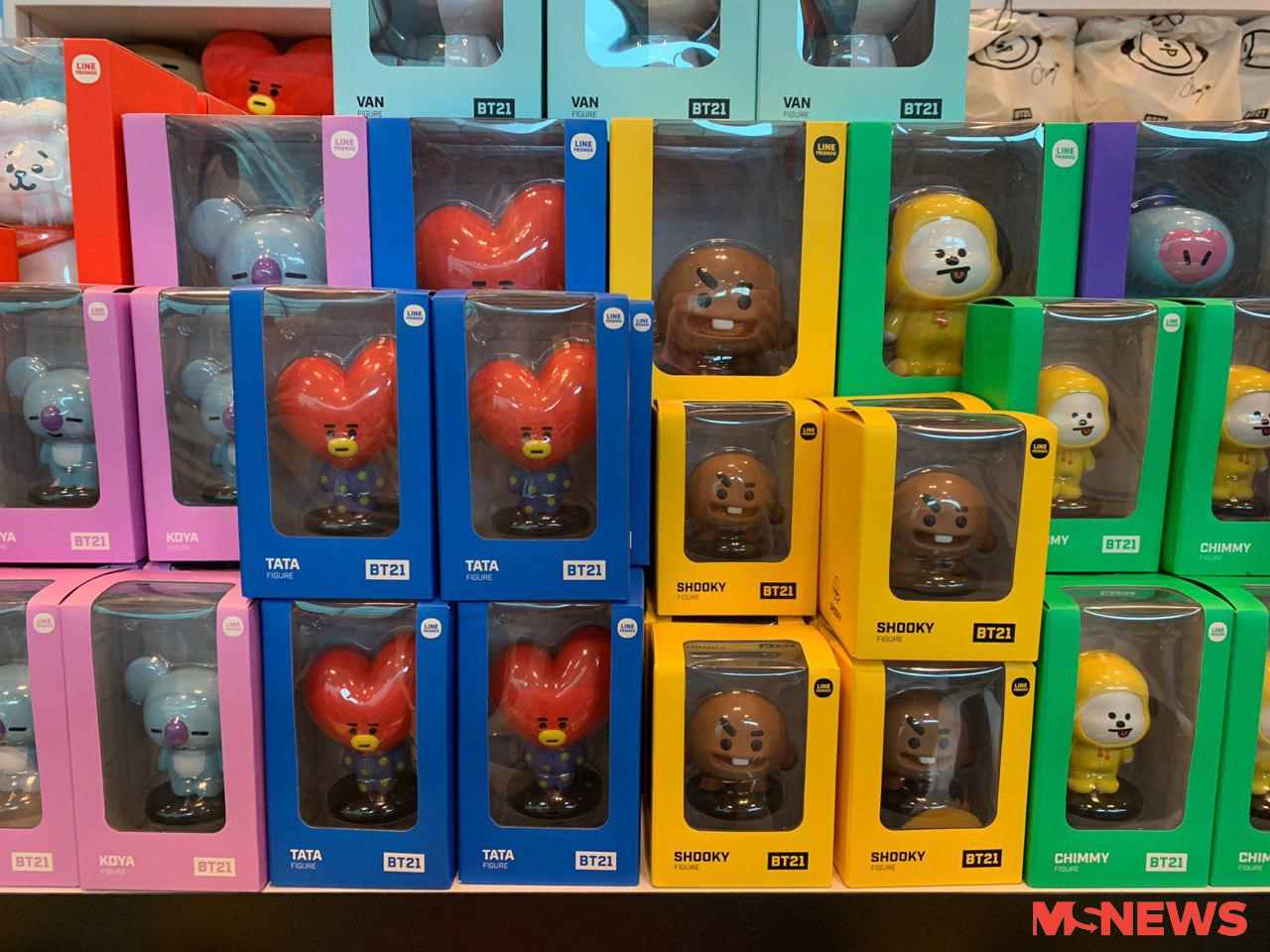 You can also get BT21 shirts ($36) here as well to add to your collection of BT21 x Uniqlo shirts. 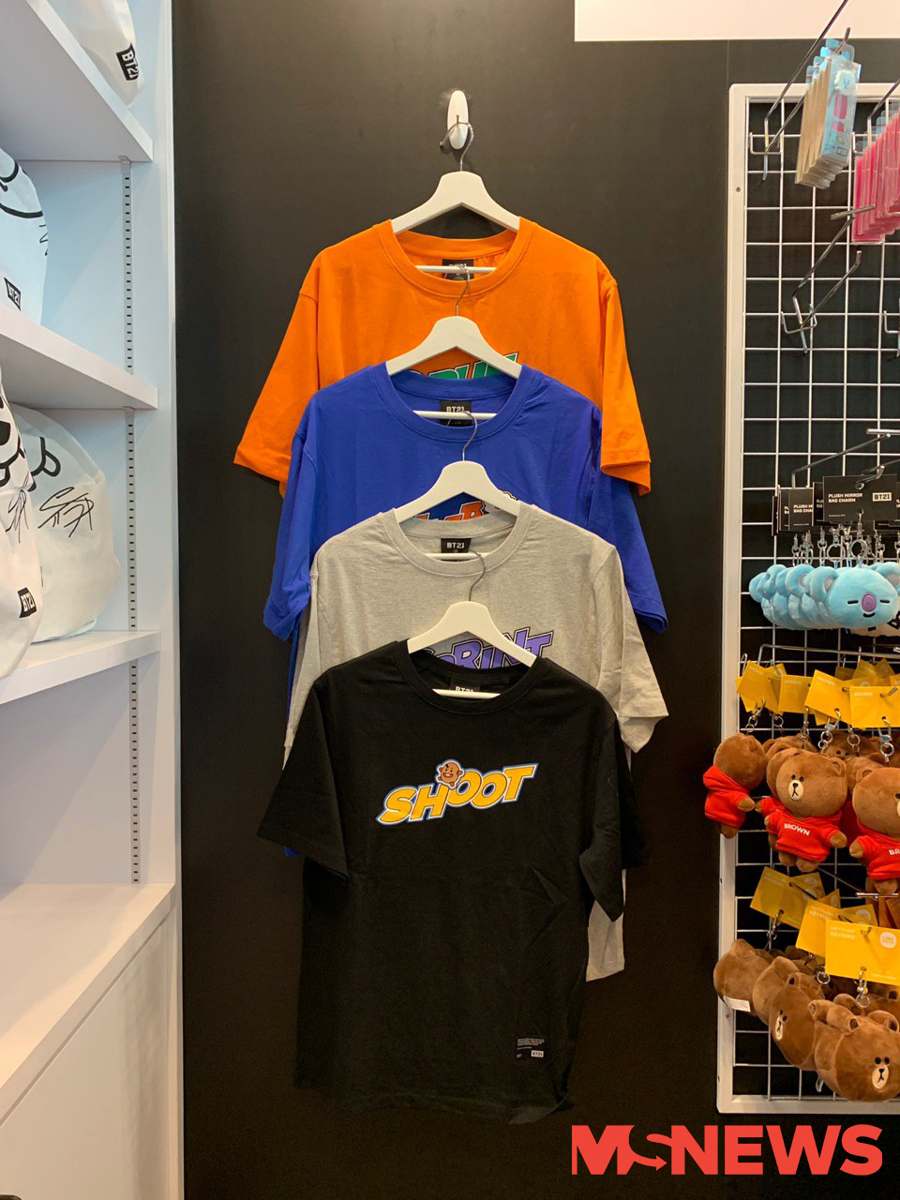 In addition, LINE FRIENDS is offering a slew of Singapore-exclusive products including plushies and comfortable cushions. 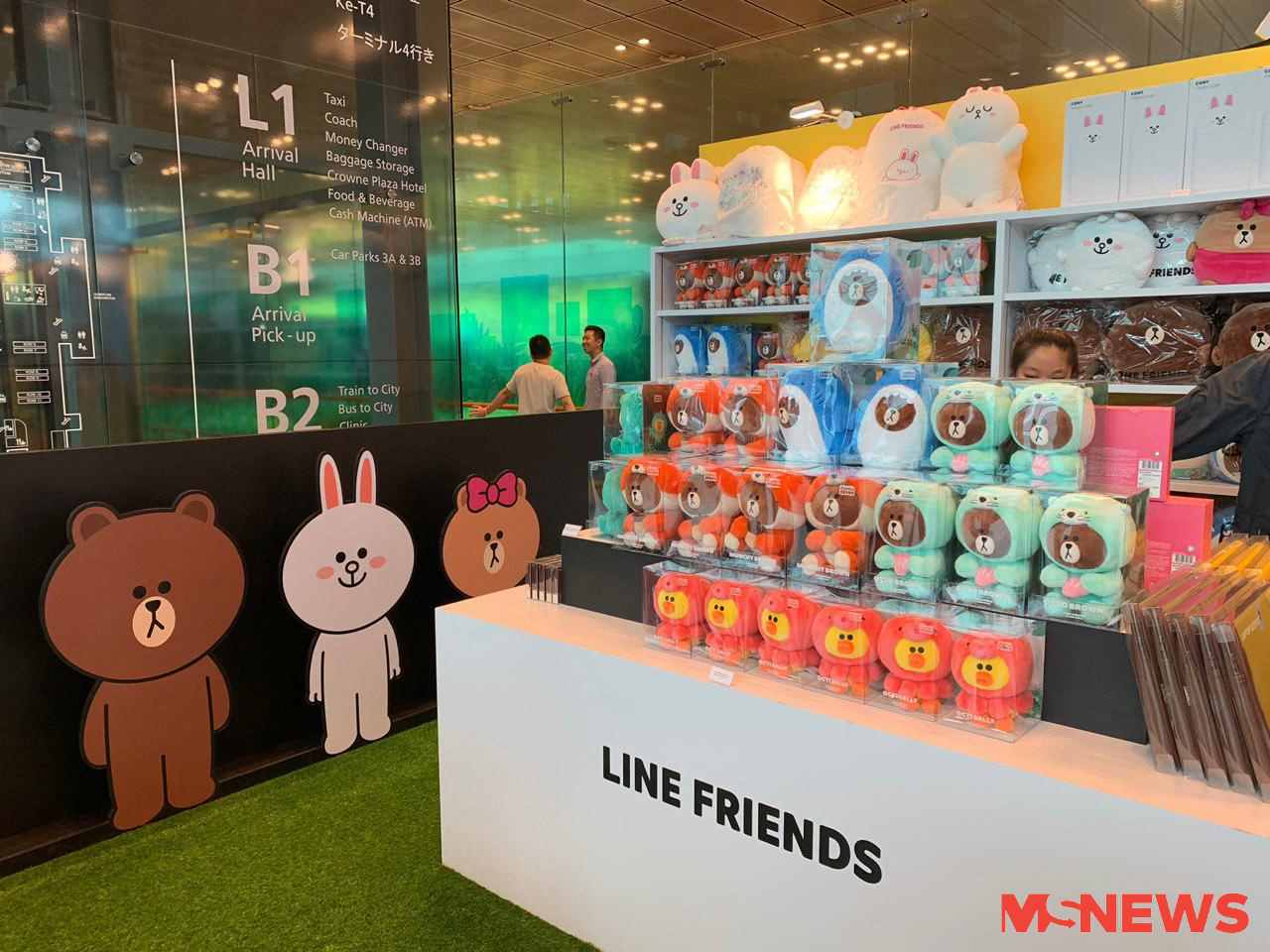 These adorable Brown plushies ($22-$39) dressed in animal outfits are sure to make fans squeal in happiness. Fans staying in the East can rejoice, as the pop-up store is located at Changi Airport at Terminal 3, right next to the Jewel link bridge.

The products are also restocked constantly, with new products released every week.

Here are more details on where you should head to if you’re already planning a trip.

We aren’t sure about the volume of stocks that will be available, but if you’re a BTS fan, we advise heading down early to avoid getting disappointed.