UPDATE (24 Jun): Carousell urges users not to overprice their BTS McDonald’s meal listings and have taken down those that are mispriced or listed with “exorbitant prices”.

After a 3-week delay, the BTS ARMY in Singapore can finally get their hands on McDonald’s BTS Meal. Evidently, the craze doesn’t stand to be underestimated.

In less than 1 hour after the meal’s official launch, its used packagings are already resold online at exorbitant prices. 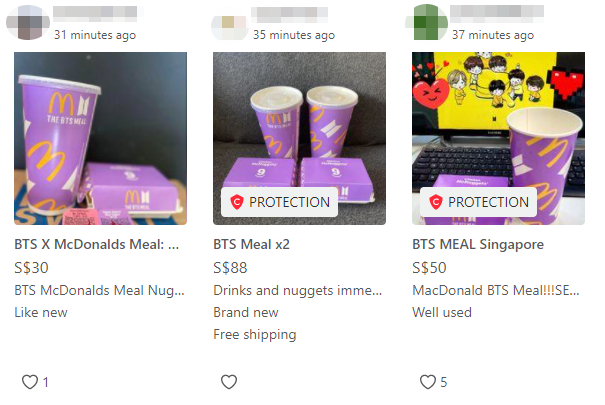 At 11am on Monday (21 Jun), the highly-anticipated BTS Meal was officially up for grabs at McDonald’s in Singapore.

Less than an hour later, numerous sellers on Carousell were quick to put up the meal’s iconic packaging for sale.

While the packaging is most certainly reused, many offers seem to feature the unopened limited-edition dipping sauce. 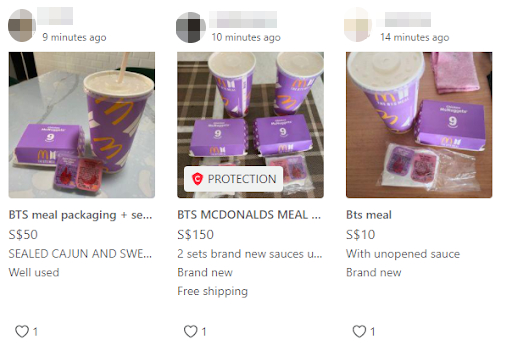 Some have taken a step further, raising the price for a single set of Sweet Chilli and Cajun sauce alone to $50. However, the above arguably pale in comparison to an eye-catching offer, asking for a whopping $69,420 for just the sweet chilli sauce, half-eaten. 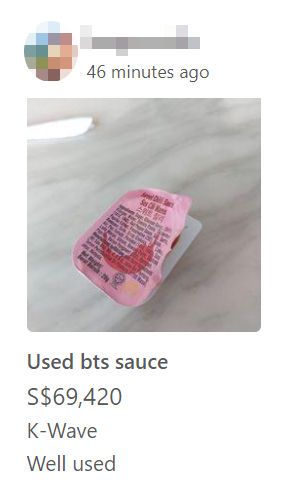 As for the price itself — if you know, you know.

If the online reselling wave hasn’t been jaw-dropping enough, there’s the overwhelming traffic at delivery platforms to supplement.

According to Shin Min Daily News, the BTS Meals at some outlets were cleared in 5mins.

McDonald’s delivery platform – McDelivery – was also reportedly glitchy. Some customers had trouble signing in to order other McDonald’s meals.

However, the issue seems to have resolved by now.

MS News attempted to order a BTS meal at around 4.30pm on McDelivery and it went rather smoothly.

Even though Singapore watched the BTS Meal craze sweep other countries, the actual response here is nonetheless eye-opening.

We hope that all BTS ARMY were able to share the same Macs order as their beloved Oppas.