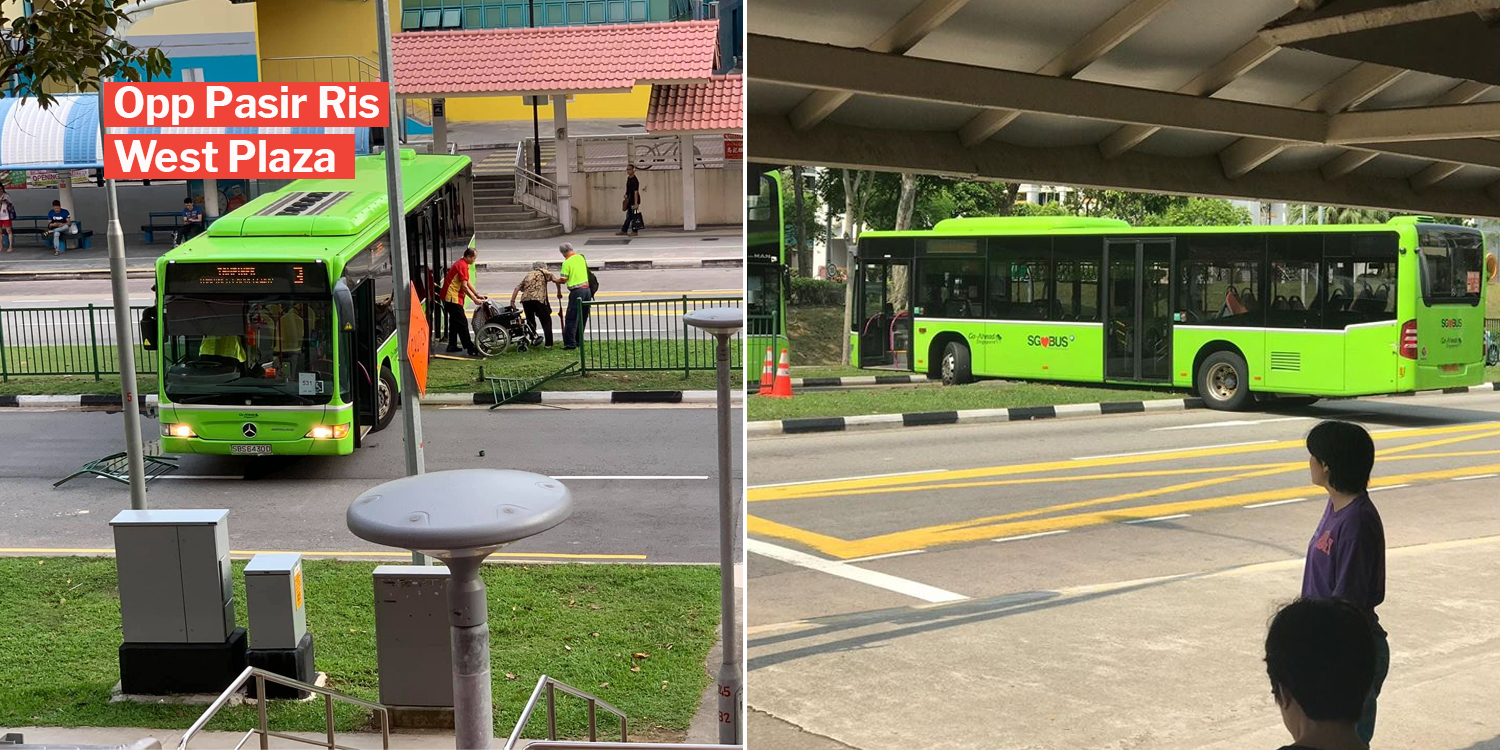 One of the pictures shows some people escorting an elderly lady and her wheelchair down the bus. We hope she wasn’t hurt in the accident.

Other users also uploaded pictures of the strange incident. This one below shows the bus from the side, with its back end weighing it down on the one side of the road.

According to Mr Amin, the driver claimed that the bus’ brakes had failed, resulting in the unfortunate crash.

One user uploaded a short clip of some SCDF officers at the scene, washing the road using a water hose. That was probably done to make sure that there were no oil spills on the road, which could cause cars to skid and potentially lead to another accident. Things could have gone a lot worse if for example, the bus had swerved into the footpaths on the left instead of into the road divider on the right.

There has been no official reports of what happened exactly, so we should refrain from speculation.

We hope no one was seriously injured because of this accident — especially that poor elderly lady. It must have been quite a scare for her.