For some, century egg is a must-have addition to their porridge.

But have you ever heard of century egg with – wait for it – CHEESECAKE? 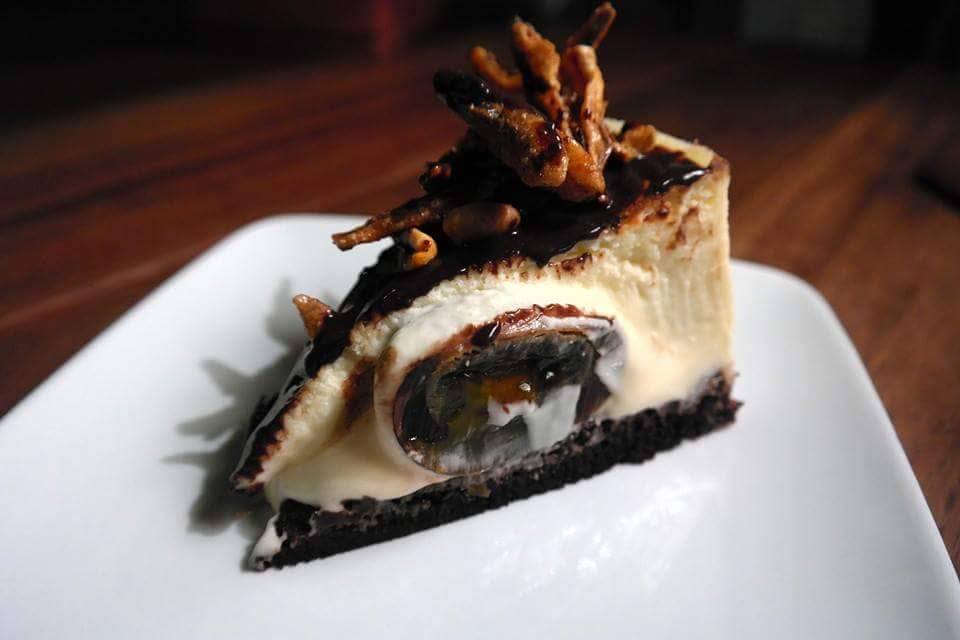 Unlike other strange and wacky dishes that turned out fake, this dessert is as real as it gets.

In fact, it is available just an hour’s flight away from Singapore, in a Penang café.

Topped with ikan bilis and peanuts

Those black orbs you see surrounded by the cheese fillings are not chunks of Oreos, but pieces of century eggs. 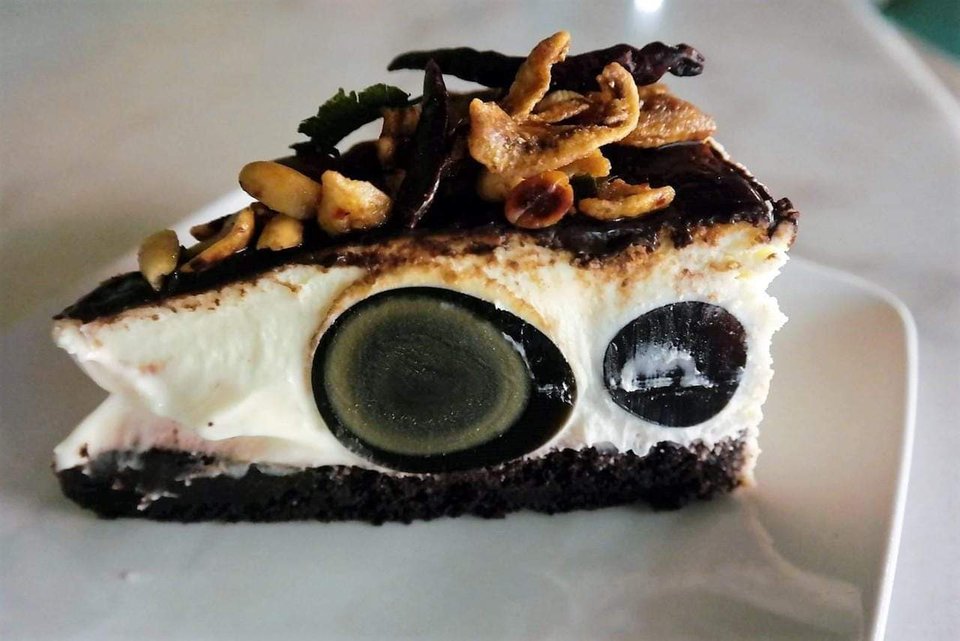 Some of them even come with their yolks intact, giving off an intense dose of that signature century egg flavour. 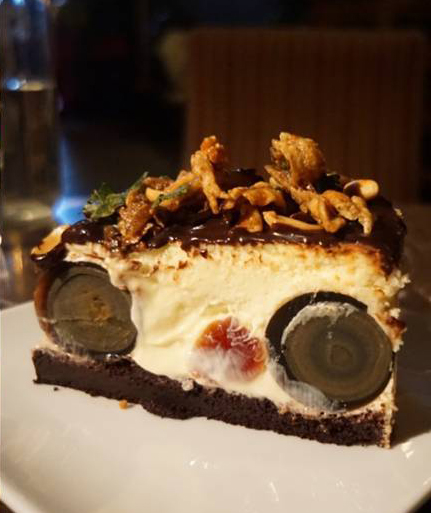 And if you’re expecting berries or walnuts for topping, you ain’t getting any of that.

The century egg cheesecake comes with unusual toppings like ikan bilis and peanuts, which adds a crispy texture and a spicy taste to the dessert. 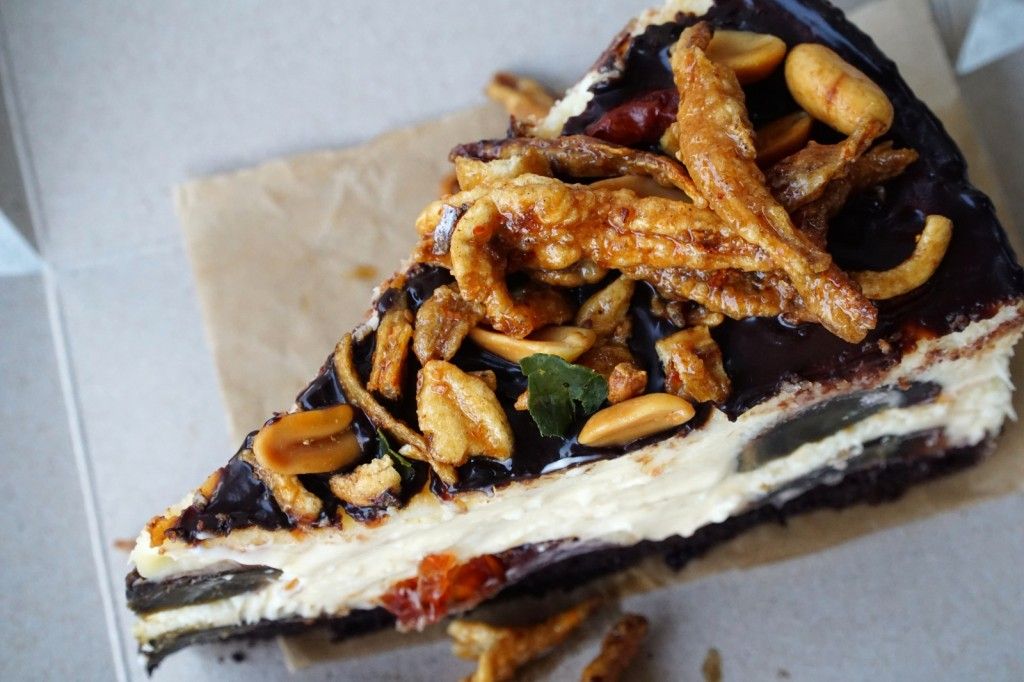 The cheesecake is completed with a thick rich chocolate base, presumably to balance out all the other unusual ingredients.

So how does it taste?

Even though we’ve yet to try the cheesecake for ourselves, one food blogger who’ve done so claimed that the cake does not come across as revolting.

Be warned though, she also pointed out that it is quite an acquired taste.

Each slice of century egg cheesecake is going to set you back S$13.80 (RM42), but portions are rumoured to be huge.

If this combination is too off-putting for you, the café also serves other innovative cheesecake flavours like durian and cempedak — a fruit similar to jackfruit.

Try it the next time you’re in Penang!

So if you and your friends are visiting Penang anytime soon, why not visit Moody Cow Dessert Café to give it a try?

Here’s where to head to if you’re game enough.

Do note that the cafe rotates its flavours regularly. To avoid getting disappointed, we strongly advise reaching out on Facebook before heading down.