Must Share News – Independent News For Singaporeans
Home Inspiration Humour 10 S’pore April Fool’s Products That Got Us Excited, Then Disappointed 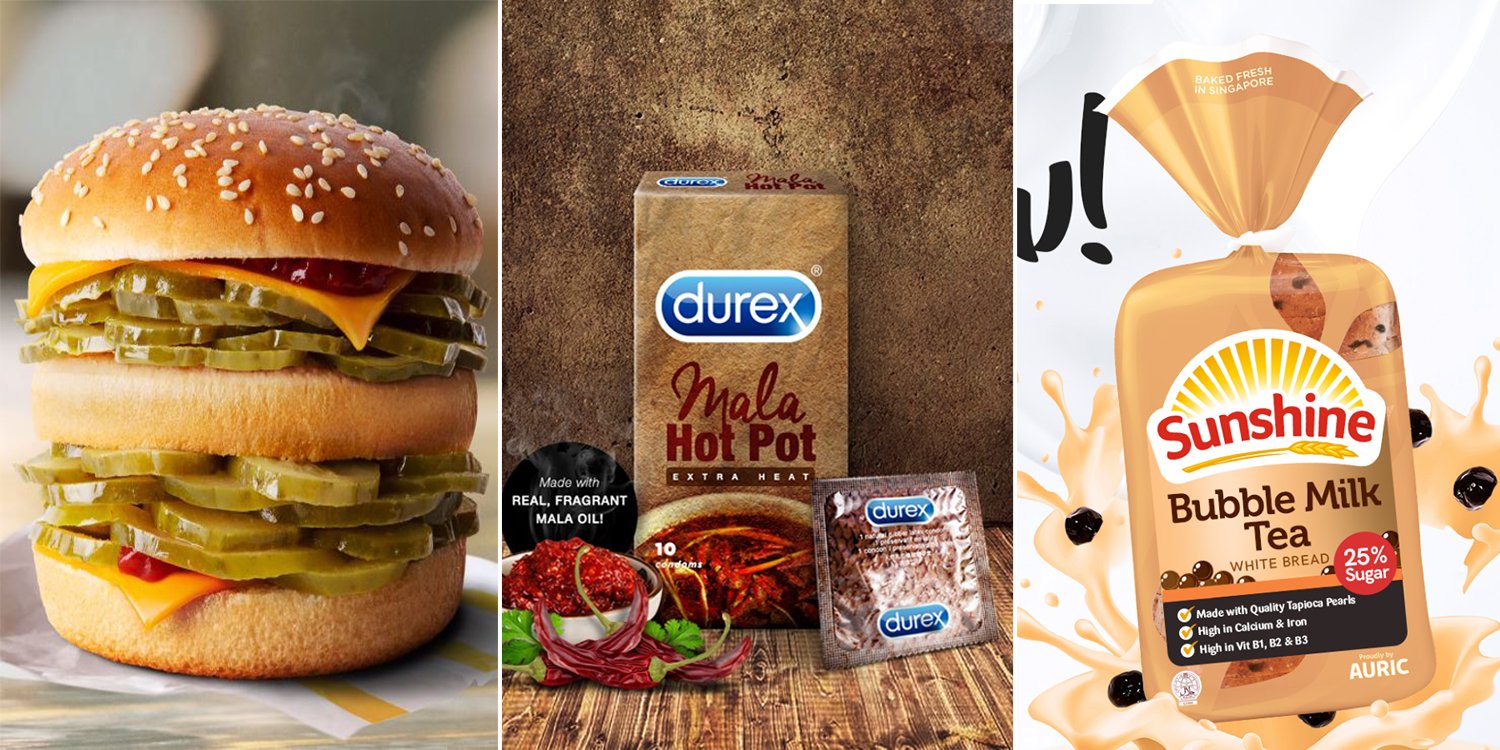 Companies put out of some of their wackiest products, we get stoked, and then they blow the party horn and laugh at us for having taken them seriously.

Here are 10 April Fool’s products that got us excited, then left us feeling absolutely betrayed.

We all know chicken essence.

Irvin’s says, why not turn that pre-exam potion into something that smells less like chicken rice and more like everyone’s favourite salted egg yolk?

Unfortunately, the link to buy this duck-powered delicacy led us nowhere.

Is your partner threatening to leave you if you don’t ‘spice up’ your bedtime performance?

Durex’s new mala-flavoured fish skin protection is the float for your sinking marriage. But careful, there’s no telling how well fish skin holds up to friction tears.

As exciting as it sounds, Durex’s little link will leave you sorely disappointed.

But combine a modern beverage with a timeless piece of starch, and you get Sunshine’s cosmos-defying Bubble Milk Tea White Bread. Who cares about wholemeal and healthy when you’ve got bubble tea?

Sadly, this story ends with that stupid April Fool’s ‘we gotcha’ thing.

So it was only a matter of time before NutriSoy paired the OG Singapore flavour with their flagship soy bean milk. If this doesn’t give you a stomach ache worthy of a week’s MC, we don’t know what will.

Ooh seemed like they were taking their mala chips business to new heights with a tub-sized, man-made mala onsen.

Even if they don’t chlorinate the fiery red bath water, we’ll still be willing to take a dive. 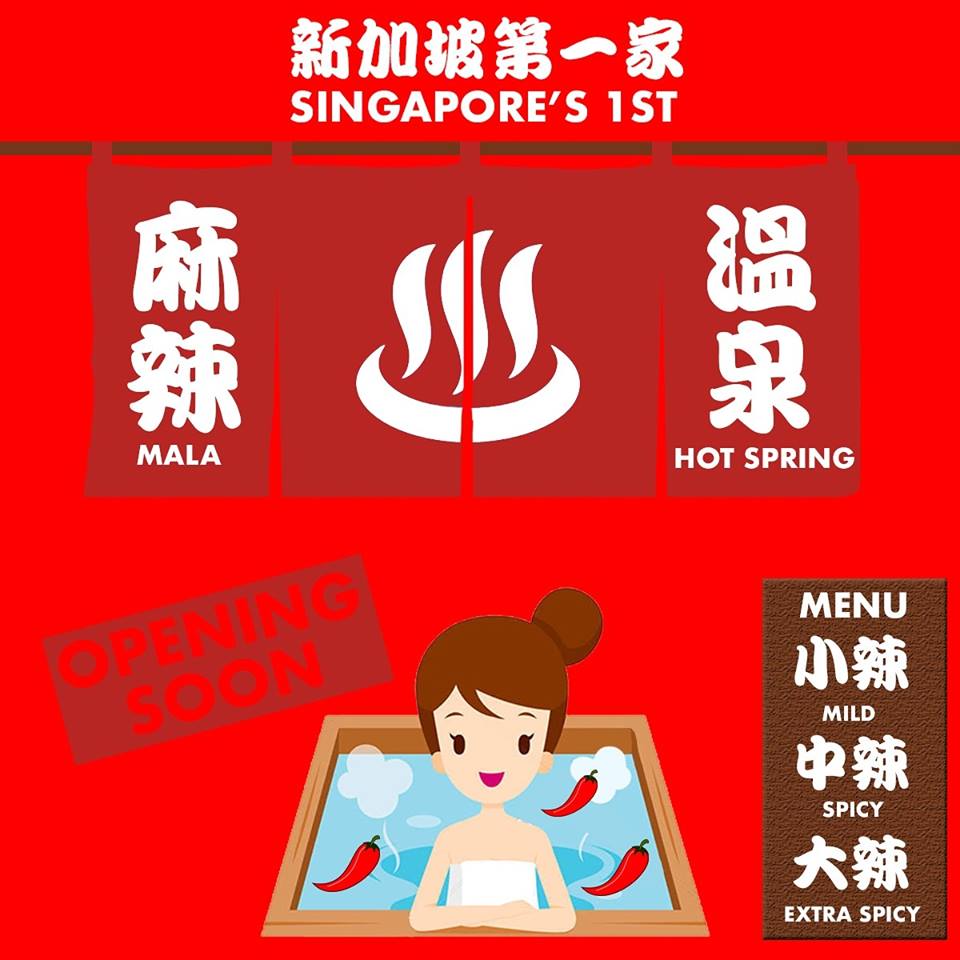 They said winners will be announced by the end of today, but we know they’re lying. There’s not even a picture of the onsen.

Who says bikers have to look like cool, fully-bearded, tattoo-sporting Harley riders all the time?

Motoworld Singapore is stripping their seriousness and putting on the face of childhood dreams with their Lego Helmets. The helmets even come with detachable wind-proof hairstyles.

They said it’s available for pre-order, but we don’t see the option anywhere. Probably just another addition to the bucket of childhood letdowns.

There’s one thing you should never joke with a Singaporean about — their Kaya toasts.

Chip maker Feast broke that rule today by tempting us with Kaya Toast Chips, and then telling us 3 seconds later that it’s just a joke.

Breaking the rule and breaking our hearts.

We love our pickles. Whether it’s a burger, a 6-piece nugget or a cup of McFlurry, we’ll always tell the counter person — extra pickles, please. 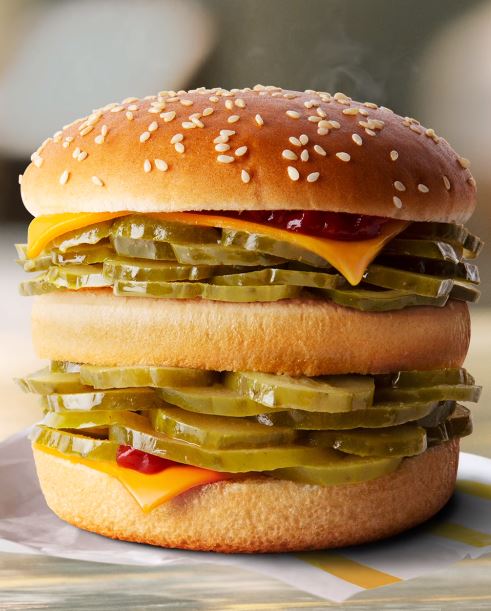 Okay, apparently, this is part of McDonald’s Australia’s effort. Still, it’d be great if they could bring it to Singapore.

You’ve just made a flawless run through your favourite PS4 game. But how to announce that you’re a maestro of the single-player machine?

Sony suggests hooking up a life-size console, with the full weight of its 1,000 TB processing power, to your ear or car keys. That should really get the message across. 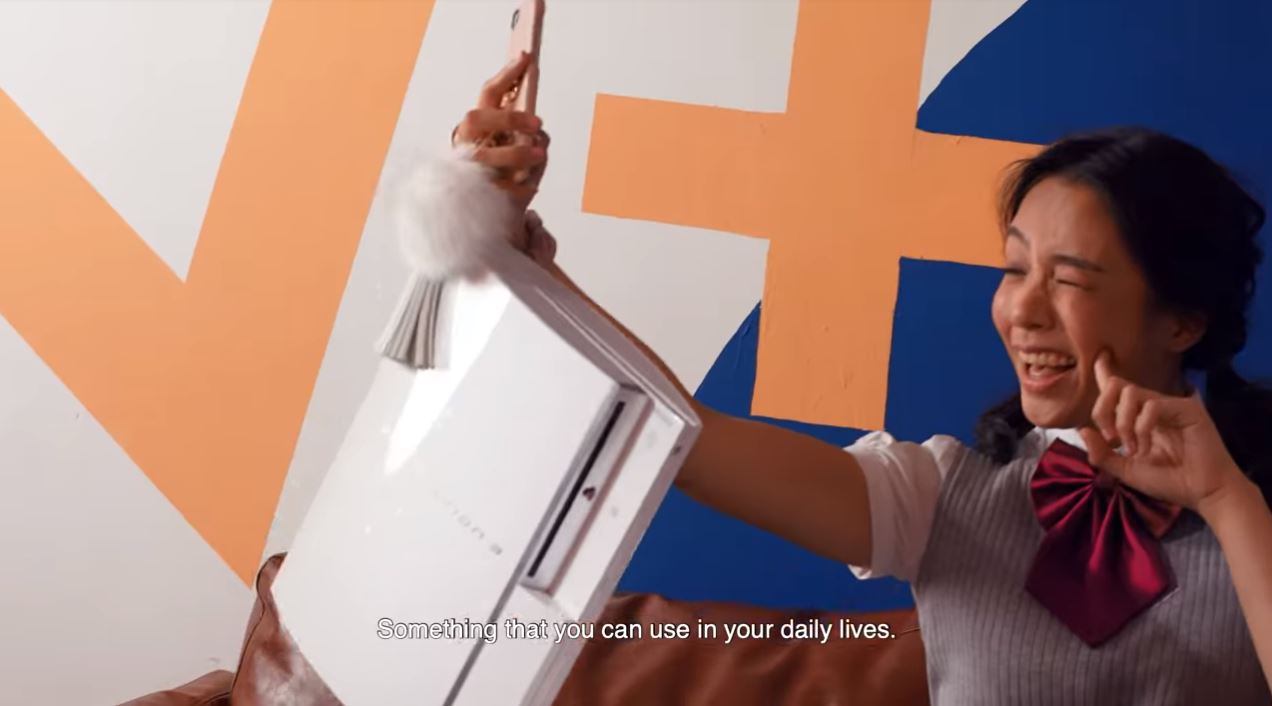 You love your cup noodles and you love shutting out the world to listen to your music or to play your online multiplayer game.

Nissin’s latest cup noodles isn’t edible, but will nonetheless satisfy. With 2 cups of noodles against your ears and a detachable fork for a microphone, your gaming experience may just hit a new high. 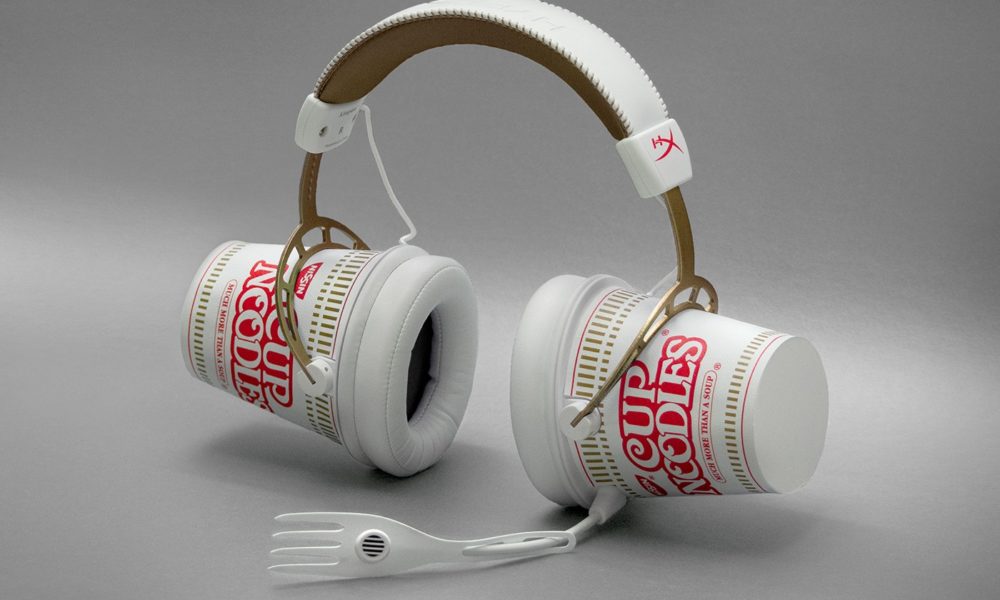 Like all things that can attain you nirvana, this pair of headphones aren’t actually for sale.

Past the pranks, April Fool’s seems to be a good time to shine.

You get to throw out all the quirkiest, and possibly funniest, ideas you’ve had hovering in your head for a long time.

So while on appearance, April Fool’s all about the ‘haha, you got pranked’, at heart, it may be more about the celebration and expression of unhinged creativity.