You’ll probably recall an online brouhaha when the late Mr Lee Kuan Yew’s grandson – Li Shengwu – was taken to task by Singapore’s Attorney-General’s Chambers (AGC) regarding a Facebook post he had made back in 2017.

There’s been an update to the case on Monday (1 Apr), and it smells like more trouble may be afoot for Mr Li. But first, a quick refresher on the context of this upcoming legal battle.

On Saturday (15 Jul 2017), Mr Li reshared an article by the Wall Street Journal with a caption suggesting that the “Singapore government is very litigious” and has a “pliant court system”. 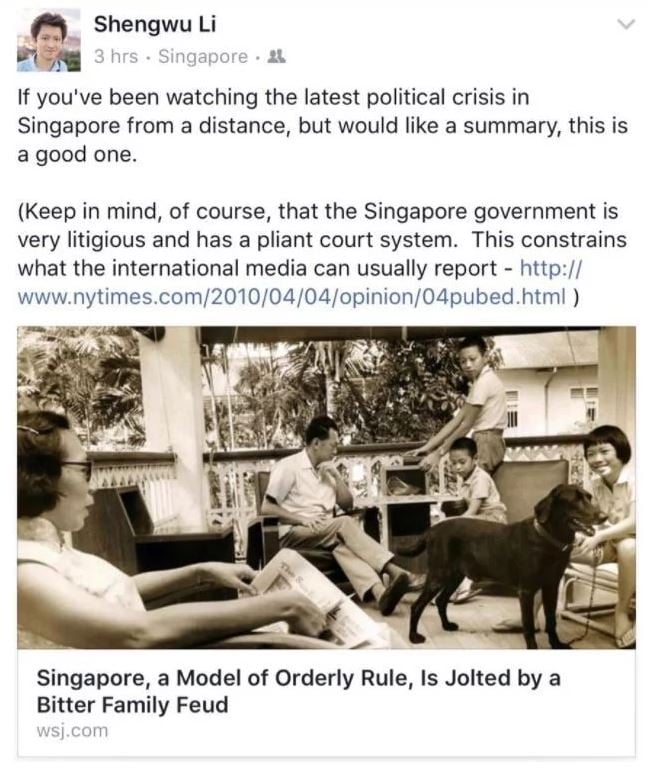 His Facebook privacy settings were set to ‘Friends Only‘, but the post soon gained the attention of AGC who swiftly asked for a signed apology to be issued. 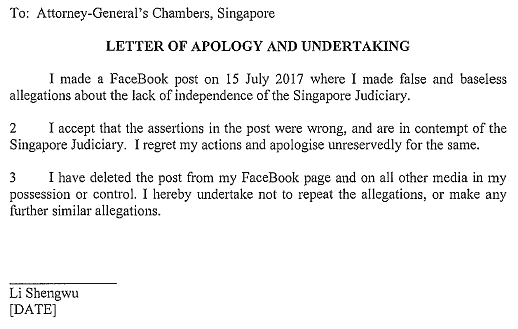 Mr Li refused to comply, and AGC has decided to “move on to substantive arguments” as of 1 Apr 2019, says LKY’s grandson who now resides in the UK.

“Disappointed with the judgement”

Mr Li shares that he’s “disappointed with the judgement”, but leaves the ball in AGC’s court to prove “beyond reasonable doubt” that his private Facebook post has “scandalised Singapore’s judiciary”.

It is now one year and 8 months since this surreal mess started. One wonders how much state resources have been spent going after myself and my mother?

At the time of writing, there seems to be only a single comment, “Remain steadfast”, to encourage Mr Li on the thread. But the number of likes on it – 116 in total – are telling.

His viral update has also garnered close to 400 shares in just 2 hours.

While we’re unsure what steps Mr Li will take next, it does seem like a waiting game as AGC plans their next move.

Do you think the lawsuit is justified? Or should we let bygones by bygones? Sound out in the comments below.