20 fire engines were sent to fight the fire.

Bangkok’s Chatuchak Market Fire Was Massive, But No Casualties Were Reported

Update (3 Jun, 4.50pm): Bangkok police confirmed they received no reports of injuries. We previously reported that 120 shops in Chatuchak Market were destroyed, but it was later confirmed that the total stands at 110. Scroll down to read further details.

A massive fire ripped through Bangkok’s Chatuchak Market at around 9pm on Sunday night (2 Jun), destroying a total of 110 shops in its wake.

Here’s a picture that shows the extent of the fire. Social media was also rife with video footage of the incident, with clips showing the extent of the damage on the structures within the market.

Thankfully, Bangkok police confirmed that there were no reports of injuries or deaths as the market was already closed at the time of the incident.

Thai media outlets reported that the fire struck at 9.15pm near Door 1, Kamphaengphet Road, Section 18 of the world-famous market. The Nation reported that the handicraft section of the market was the most affected.

Traders had to face the heart-rending sight of seeing their handmade items – like rattan baskets, ceramics and silk products – charred beyond salvation.

Around 20 firetrucks were dispatched to the scene promptly to put out the fire.

Chatuchak Market fire contained within an hour without casualties

Firefighters were able to put the blaze under control at around 10.30pm. 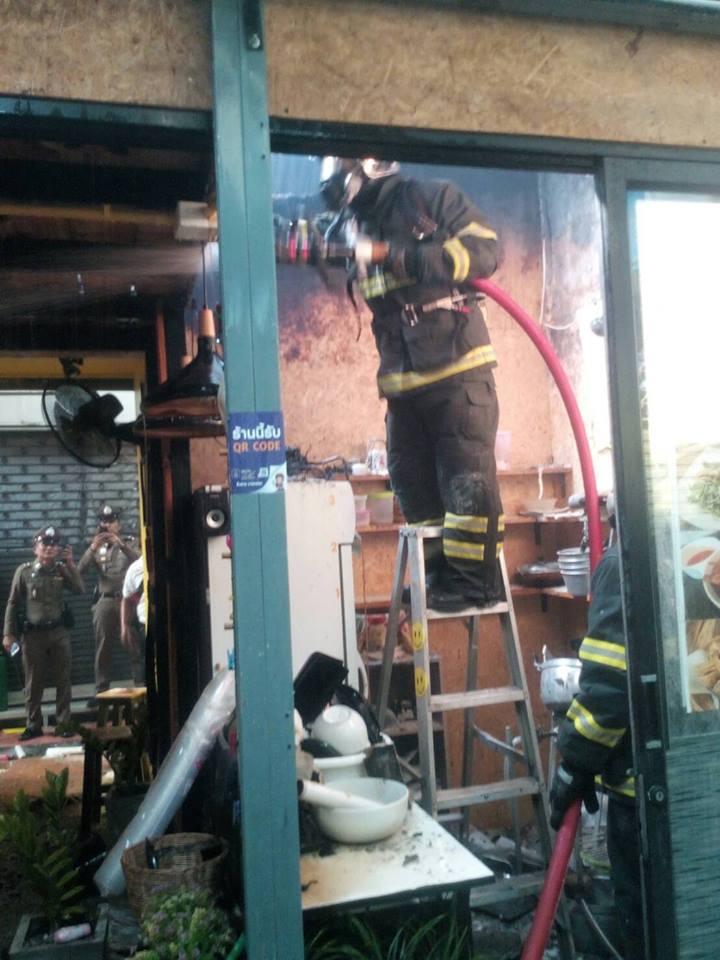 Most shops were already closed during the time of the fire and most traders were leaving the place. Younes related,

If it was daytime, it would have been a lot worse.

At press time, Bangkok police and Metropolitan Electricity Authority (MEA) officials are at the scene investigating the cause of the fire.

Police believe that an electrical transformer inside the market exploded and caused the fire, as witnesses saw a spark at a transformer shortly before flames ravaged the complex. 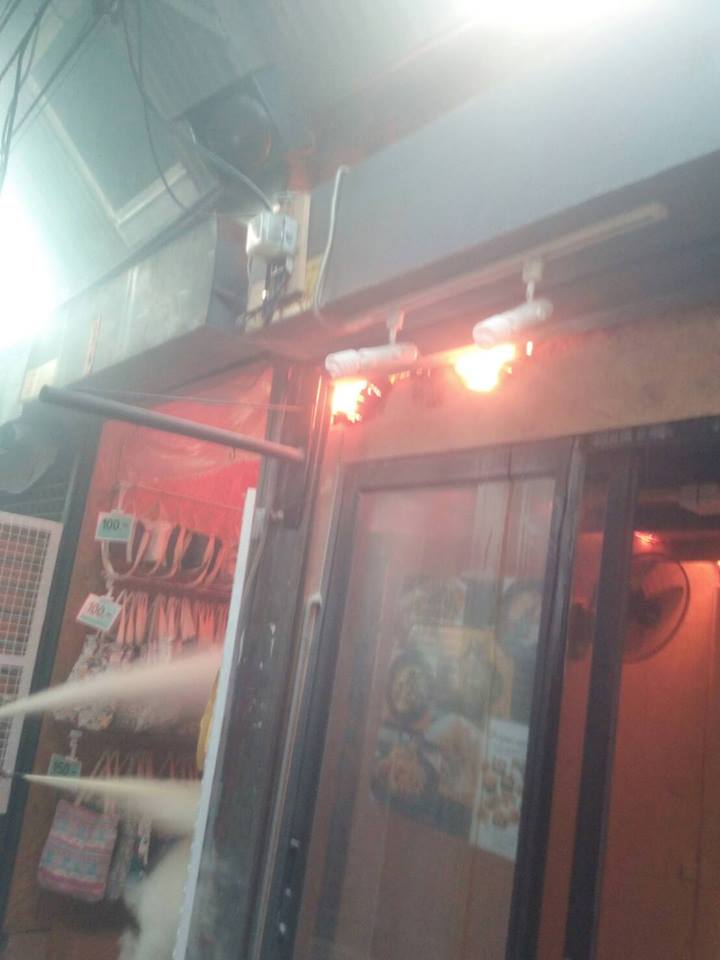 Meanwhile, Chatuchak service cooperative chairwoman Ms Naruemon sae Hoon pointed out that overloaded electric outlets were common, and that power plugs in the market were “below standard.”

Hard to fight fire due to market’s cramped layout

Initial investigations revealed that the market’s labyrinthine layout, which places the shops very closely with each other, made it difficult for firefighters to put out the fire. 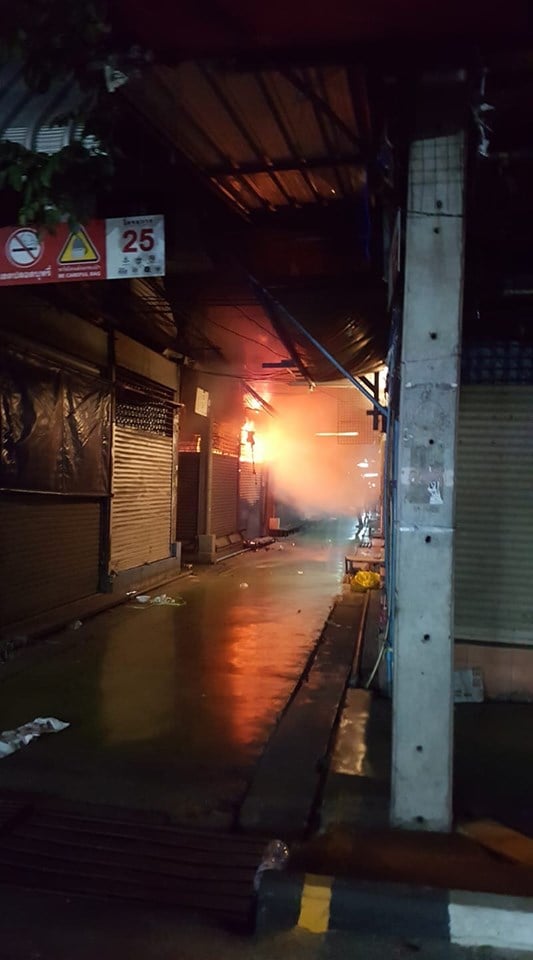 It didn’t help either that the fire spread fast due to strong winds, The Nation reported. 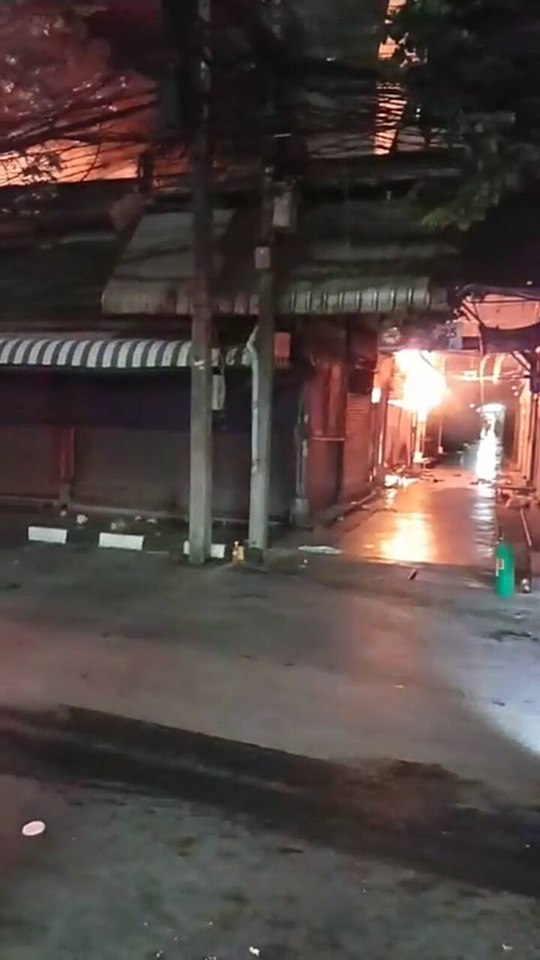 Traders will get to resume operations under makeshift tents for a year while the damaged area is rebuilt.

Thai police and MEA officials have cordoned off the damaged area to carry out investigation work, which is expected to finish in 2 days.

Stay safe on your travels

Our condolences to the traders affected, who had their entire livelihoods destroyed. We hope that they will be able to rebuild their businesses soon.

As for Singaporeans heading to Bangkok, it’s probably best to let the authorities assess the damage before heading to Chatuchak Market for now.