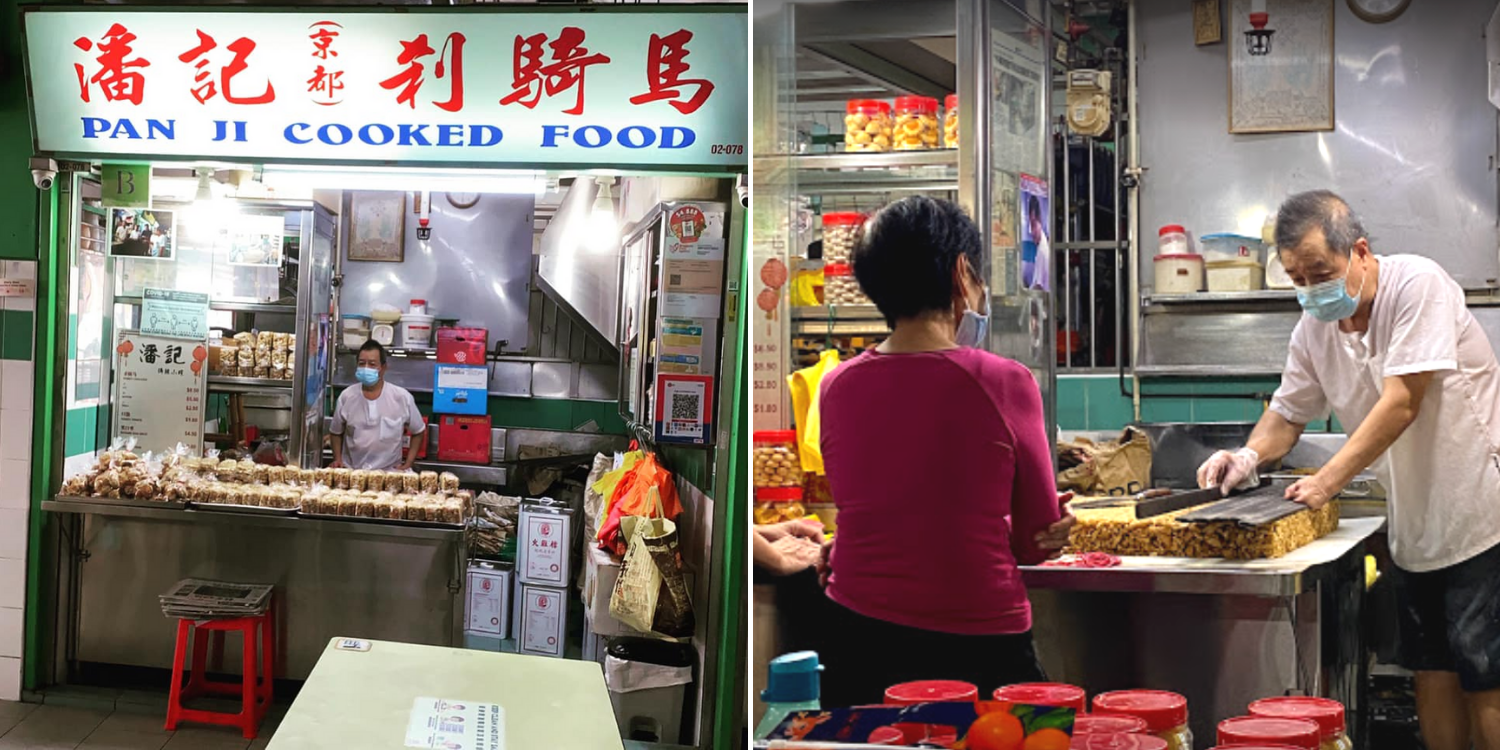 With fewer people out and about during Phase 2 Heightened Alert, eateries across the board have been experiencing a sales crunch.

It seems that even popular stalls with normally heavy footfall weren’t spared. Manned by 65-year-old Mr Poon, it used to be many Singaporeans’ go-to place for authentic Cantonese delicacies.

As such, a netizen has taken to Facebook to rally support for the stall famed for its quality, old-school snacks.

Likely the last of its kind in Singapore, it’s committed to making sachima by hand while most mass-produce the snack in factories. Speaking to Shentonista in 2018, Mr Poon says the business traces back to the 1960s when it started as a humble stall on Sago Street.

Having learned the craft from his father, Mr Poon has been making sachima for over 40 years.

Despite having a deformity in his left hand, the 65-year-old kneads the dough and makes the snacks from scratch tirelessly every day.

Apart from sachima, the stall also has honey twists, and sesame egg splits to satisfy your sweet tooth. Thanks to his dedication and commitment to using quality ingredients, Mr Poon’s stall normally sells out by 2pm daily. However, business has been on the downside during this period of tightened measures.

In response to the OP’s calls of support on Facebook, many offered testament to the uncle’s authentic old-school dessert.

One netizen used to frequent the stall before going to work and vividly recalls Mr Poon’s freshly made sachima in a huge tray.

Some said that even after keeping the sachima in an airtight container for a month, it still tasted good.

Another netizen claimed to always buy Mr Poon’s sachima whenever he was in the neighbourhood.

Here’s what you need to know to get there:

Located in Chinatown, Pan Ji Cooked Food carries a piece of Singapore in its olden days.

Mr Poon’s decade-long dedication to making the delicacy by hand – a laborious process taking up to 9 hours – also embodies the true spirit of craftsmanship.

So do swing by the stall to offer your support when you’re in the area. According to many, Singapore’s “best sachima“ will certainly not disappoint.