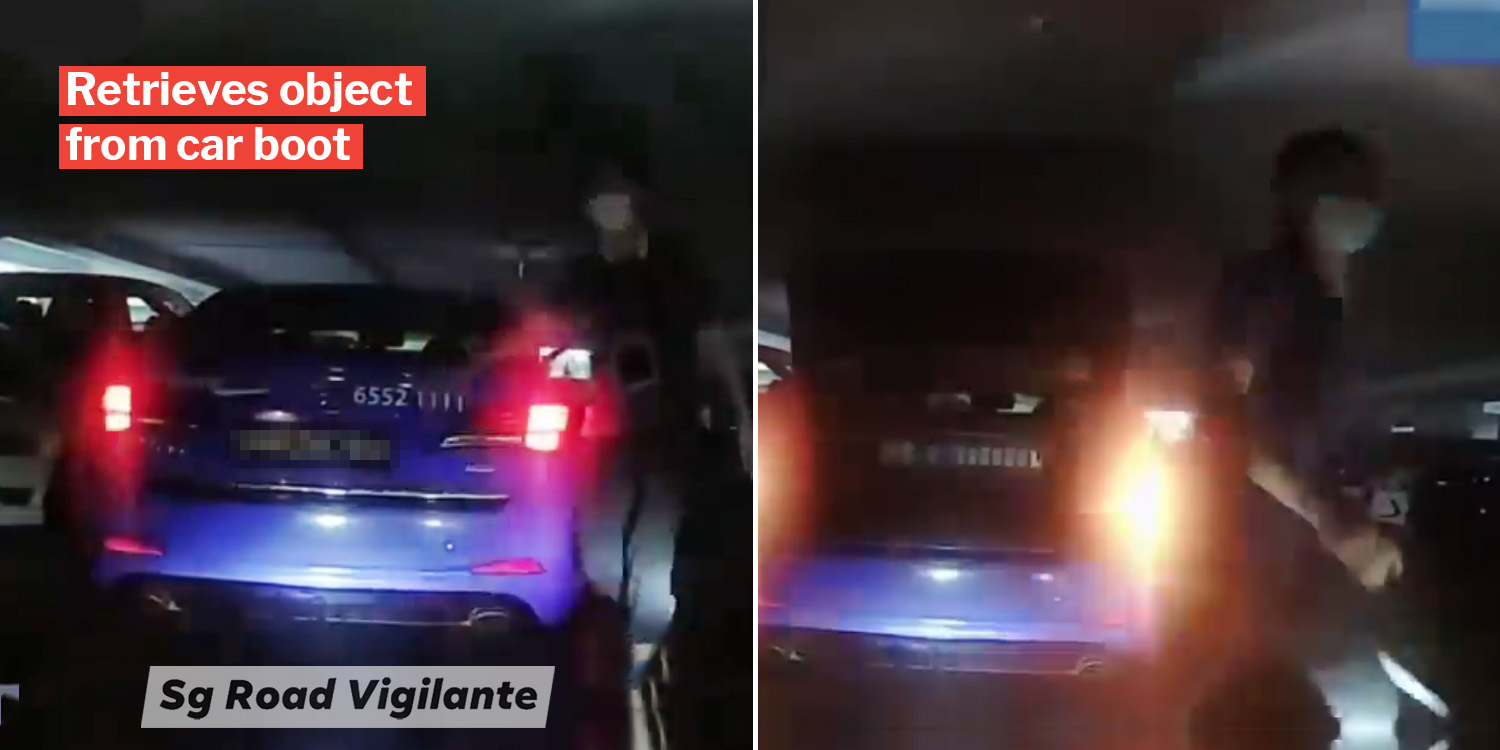 When driving on the road, we’ll come across different types of motorists who may make or break your day.

One driver in Singapore encountered a seemingly hostile cabby after dropping off his parents in Choa Chu Kang. The cabby allegedly threatened the driver with a metal pole.

ComfortDelGro said they’re aware of the incident, and that they’ve terminated their agreement with the driver.

Reportedly drove slowly after getting honked at

According to the video uploaded by SG Road Vigilante, the incident happened at around 4.30pm on Saturday (17 Apr) at Block 815 in Choa Chu Kang.

The owner of the dashcam footage first encountered the taxi shortly after driving past the gantry.

As the taxi driver slowly moved forward, the dashcam owner honked at the vehicle several times.

The dashcam owner claimed that the taxi driver had driven “extremely slowly”, which prompted them to honk in response.

ComfortDelGro cabby allegedly took a metal pole from his boot

After dropping their parents at the rubbish chute area, the dashcam owner alleged that the taxi driver was waiting for them at the carpark gantry.

Shortly after entering the multi-level carpark, the dashcam owner said the taxi driver had blocked him at the 2nd floor of the carpark. 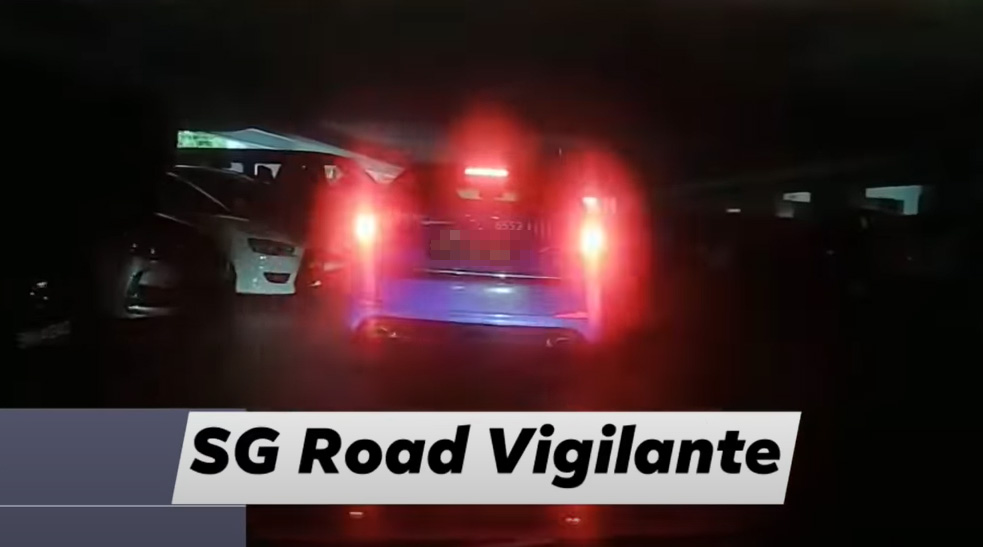 Claiming that he was upset from the honking, the dashcam owner said the taxi driver “used a metal pole to threaten” them.

The dashcam footage skips through the rest of the scenes, but we eventually see the taxi driver using his mobile phone, likely to record the incident. Before driving off, he mentioned several times in Chinese that he would report the dashcam owner.

We certainly do not condone such aggressive behaviour from our cabby and have terminated his driving agreement with immediate effect.

We are also in contact with the private car driver who has reached out to us. We will do our best to assist him.

Hope police can get to the bottom of incident

Though we may never truly know what happened, we believe the cabby could have reacted to the situation in a more civilised manner.

Threatening someone using a weapon may be counted as criminal intimidation in Singapore, and it’s simply not worth getting into trouble with the law over a small incident.