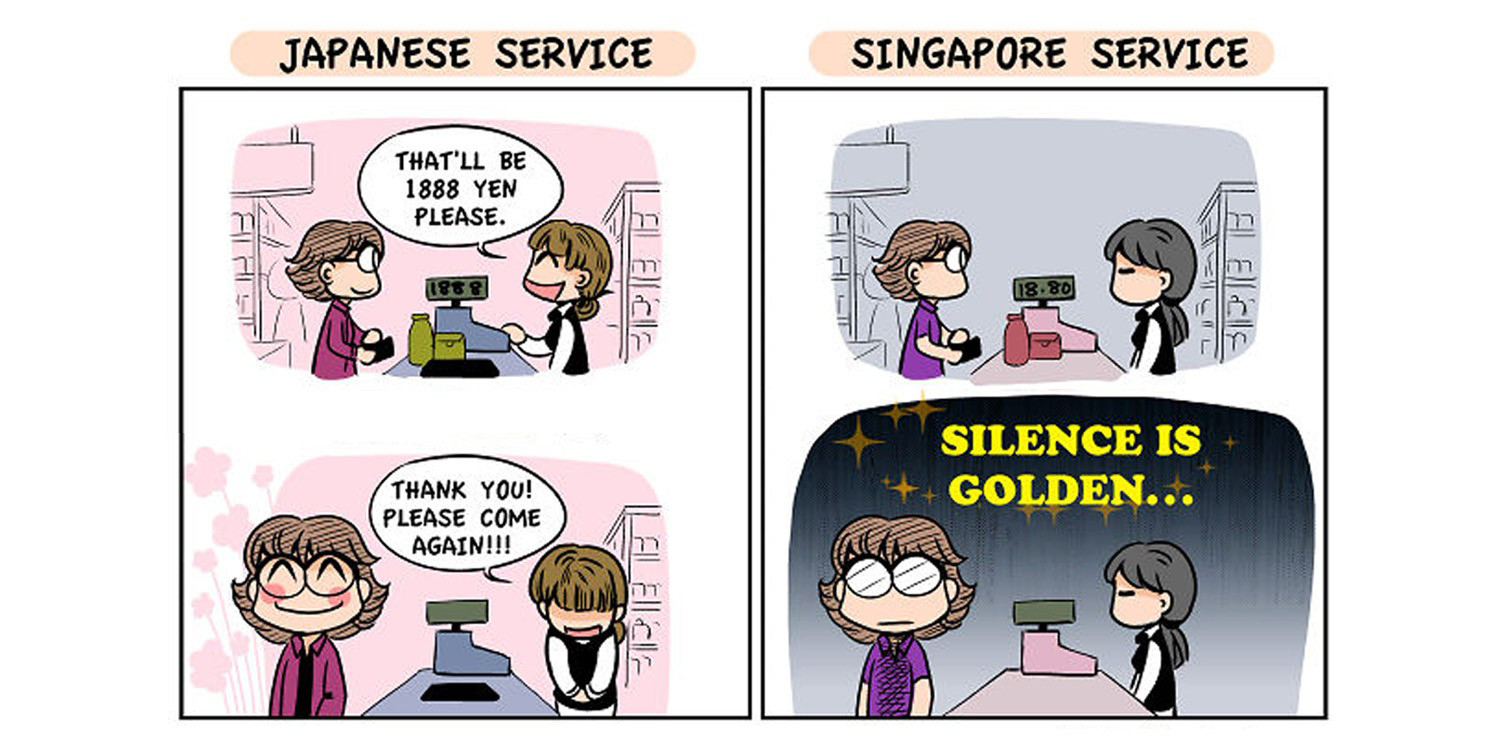 When was the last time you greeted the bus uncle/auntie?

Singapore has achieved a reputation for being a clean and green city, due to our notoriously strict laws against littering.

However, the mark of a gracious society is when citizens feel compelled to behave responsibly even without strict fines or rules in place.

Japan is a fine example of that, as pointed out by a Singaporean artist — Eva Comics.

She showcased the cultural quirks and differences between both nations in a series of comic strips on Bored Panda.

1. Cleaning up after ourselves

Some of you may have seen this or even be guilty of committing these acts. After eating, we leave the leftover trays and food packaging on the table expecting someone else to clear it for us. 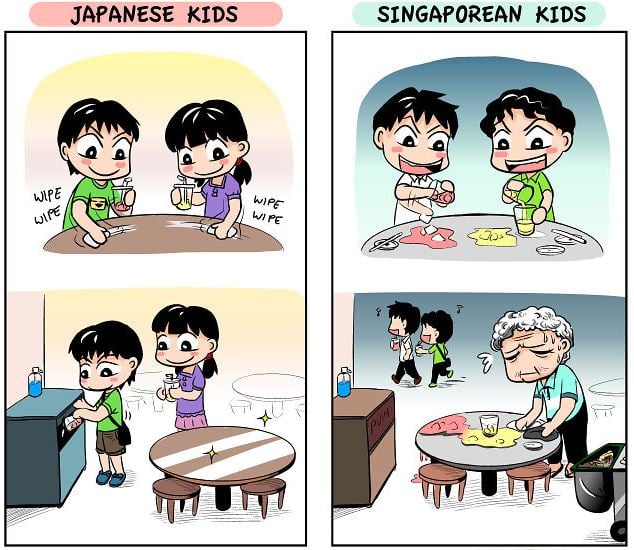 When was the last time you bothered to split disposable cutlery and paper plates into the recycling bin? Most of the time, we throw whatever we use – recyclable or not – into the general waste. 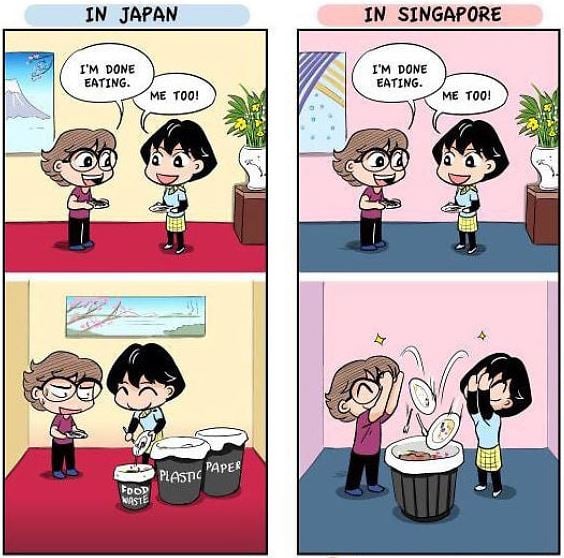 Even though we know that littering is wrong. Some of us still do it. After a movie, you’ll be able to see countless empty popcorn boxes and drink wrappers casually left behind. 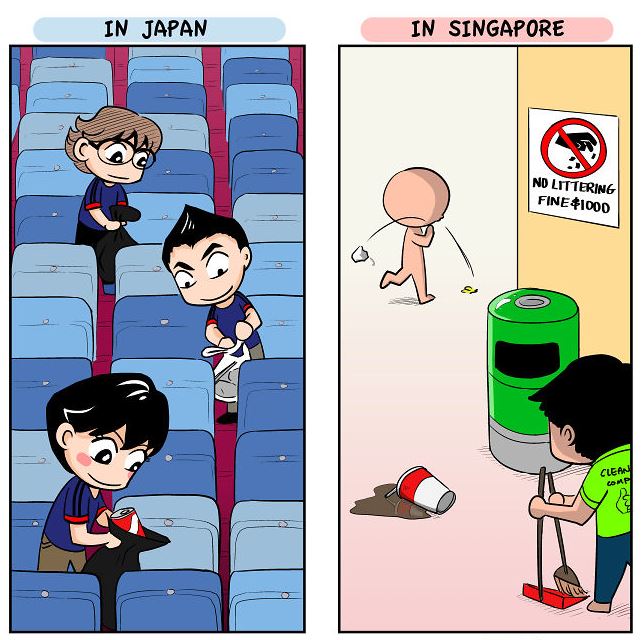 Some of you can go out to purchase something from the supermarket and never utter a word. You may even go out of your way to search something instead of asking for help. 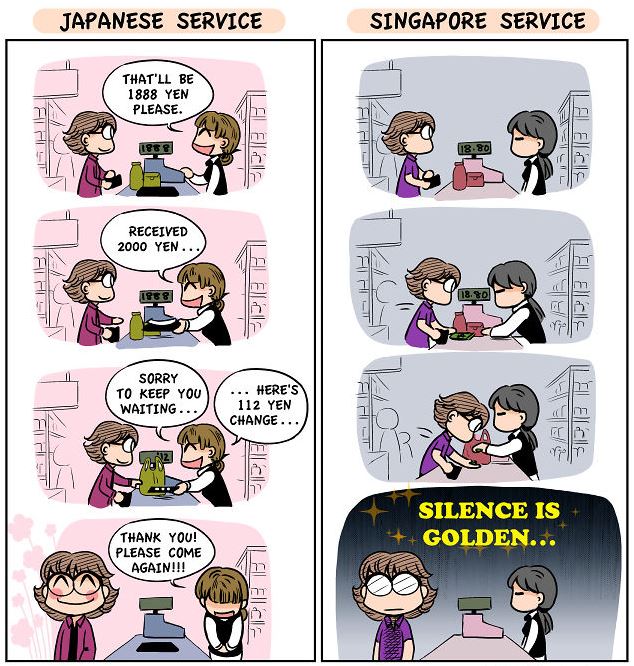 Even on public transports, we just keep to ourselves and focus on finding a seat. When was the last time you greeted the bus driver? 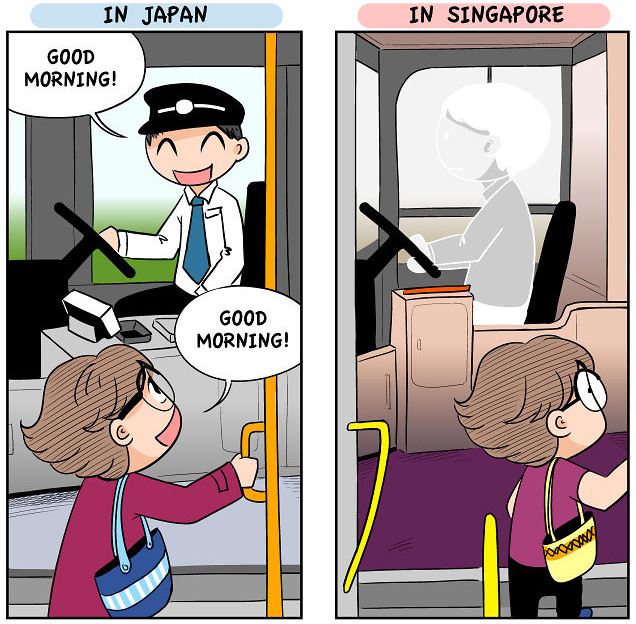 3. No queue no problem

In Singapore, you occasionally see this happening on MRT platforms. Instead of letting the passengers in the cabin exit, you see some people try and squeeze in because ‘if you’re not first you’re last’. 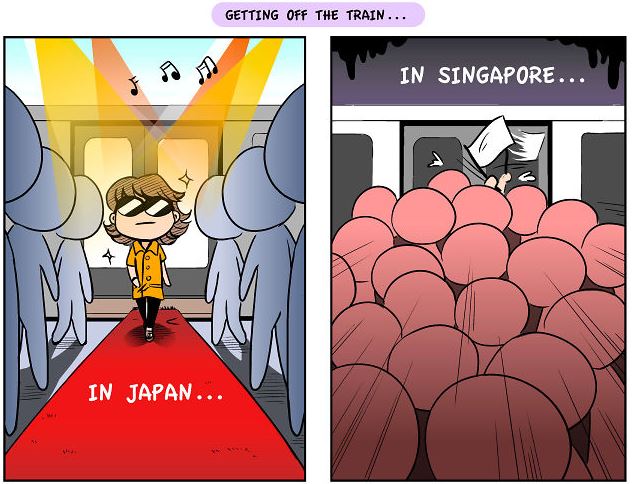 It’s even more disheartening when you see it happening when someone clearly needs a ‘lift’ but not given a chance to use it. 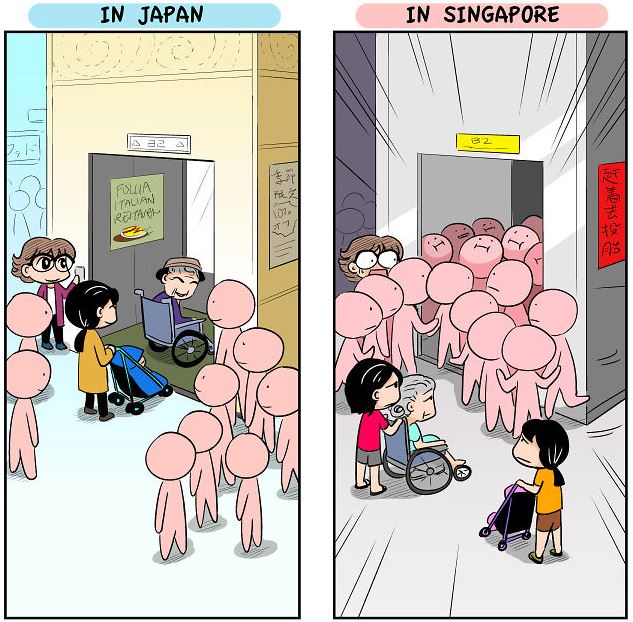 Travelling on roads is also a potentially dangerous activity.

To most of you, this may not be immediately relatable. However, if we replace the bicycle with a personal mobility device (PMD), many of you can recount your life-harrowing experiences. 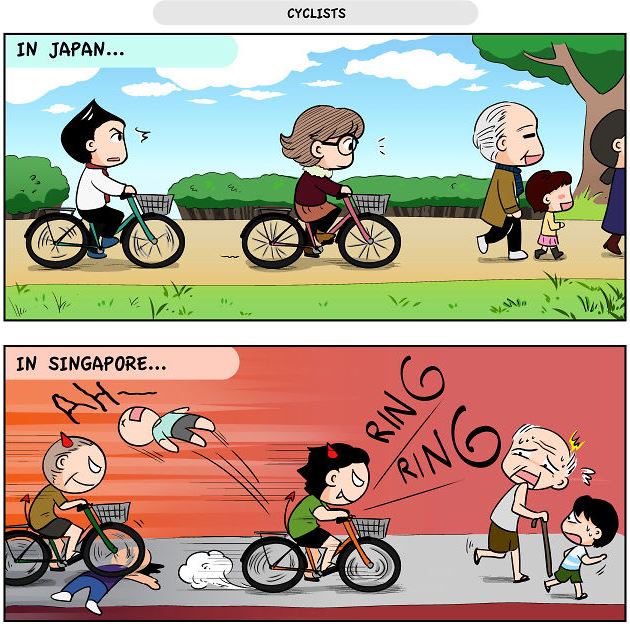 While walking on roads, you even need to care for your long-term health. At one point in your life, you have walked behind a person smoking — making you a second-hand smoker.

Thankfully, more smoking cabins are being set up and harsher penalties are dealt for smoking at non-designated areas. 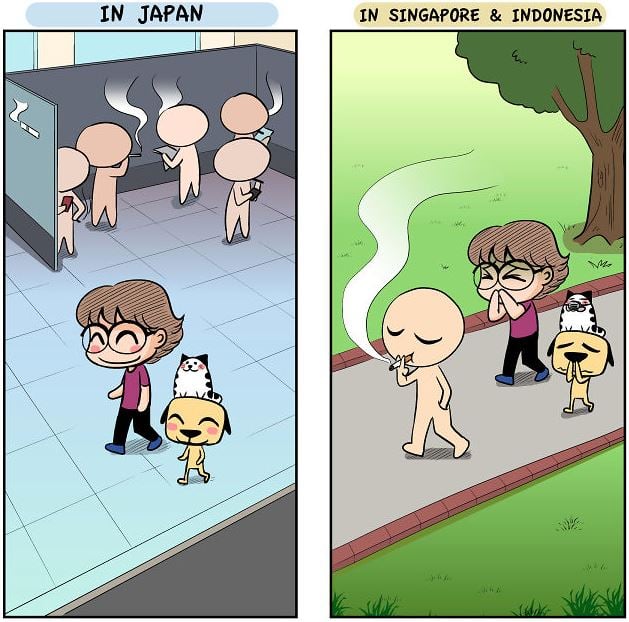 Beautiful infrastructure makes Singapore a look like a developed country — at least from the outside. However, the state of our toilets leaves much to be desired. 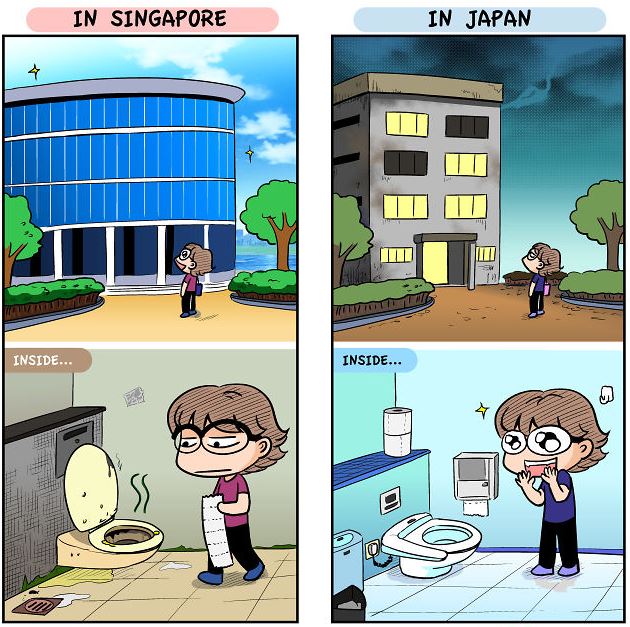 Though the artist may look like she is trying to bring out the worst side of Singapore, this is only drawn from her perspective.

Instead of being ‘salty’ about it, we can recognise that some of his depictions have some truth to them. Only when we admit we have a problem, can we solve it.