Watch: Guy Who Wolfed Down 4kg Of Chicken Rice Devour 5 Other Supersized Foods

Recently, a video of the Zermatt Neo devouring an almost-4kg plate of chicken rice in less than half an hour has been making its rounds on social media.

In case you haven’t seen it, here it is:

Yep, the man consumed 10 bowls of rice and a whole chicken in just 29 minutes and 11 seconds.

The video was uploaded onto his YouTube channel, where we discovered that Mr Neo a serial large eater.

That’s right, he posts videos of himself eating various upsized amounts of food, and times himself at it too.

Here are some of his best eating challenges.

The Beast Burger, or 3kg of pulled pork, fried chicken, beef patty, coleslaw, lettuce and tomatoes, will be on the house if Neo — or anybody else — manages to finish the burger in one hour.

He did it in 33 minutes — with an added side of sweet potato fries.

To get your satay sticks free, the challenge requires you to beat the house record of the highest number of sticks eaten in 20 minutes.

Neo claims that he did not “kill it” for the challenge as it was not a contest, allowing the next person who attempts the challenge to have a fighting chance.

To beat his record, this next person would have to finish more than 150 satay sticks in 20 minutes.

According to Zermatt Neo, the impromptu challenge was held at the Hanare Japanese Café.

He finished what can only be described as a boatload of rice in three minutes and 22 seconds.

Neo was not satisfied with his timing, saying in the video description that he was aiming to accomplish the feat less than three minutes.

This video was a collaboration between Zermatt Neo and another competitive eater from New Zealand, Nela Zisser.

For the challenge, both had to finish 100 gyoza. The person with the fastest timing wins.

Neo completed the challenge in nine minutes and 20 seconds, beating Zisser by 11 seconds.

For his first win of 2016, Zermatt Neo managed to choke down 88 bowls of Wanko Soba in five minutes despite a bout of food poisoning in the morning.

To put his achievement into perspective, the first runner-up only managed 50 bowls.

We don’t know about you, but after watching his videos we feel just like the guy sitting in the background of his 2 kg curry rice in 3 minutes challenge. 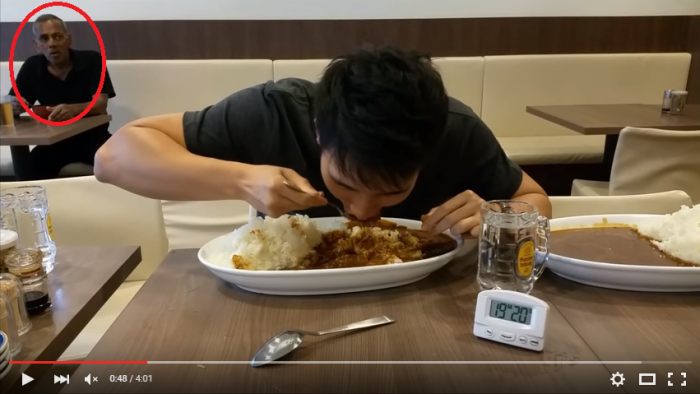 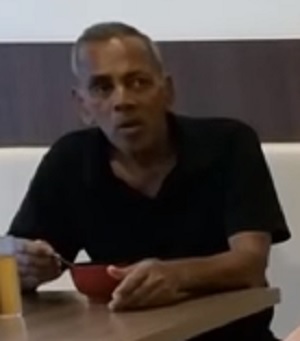 With reference to The Straits Times, Zermatt Neo
Featured image via Youtube