On 15 Feb 1942, a British deputation set off in a motorcar for the Japanese military headquarters in Singapore. They brought with them a Union Jack and a white flag of truce.

In the evening, Lieutenant-General Arthur Percival would sign for the unconditional surrender of Singapore.

Prior to that, Japanese forces had been able to completely overwhelm British, Indian, and Australian troops in Singapore in just eight days. Then-British Prime Minister Winston Churchill later called the Battle of Singapore the “worst disaster” and the “largest capitulation” in British military history.

We recount five key battles leading up to the fall of Singapore.

The very first battle leading up to the fall of Singapore took place in the North West, in what is now Serimbun Reservoir. Lieutenant-General Arthur Percival did not expect the assault to come from the north-west as Japanese troops had been deliberately moved to the north-east as a decoy. As a result, only around 3000 soliders defended the Sarimbun entry point from over 10,000 Japanese troops.

It wasn’t a surprise that the Japanese were able to take Tengah airfield, situated behind Sarimbun beach, within 12 hours.

After securing the Serimbun entry point by noon of 9 Feb, Japanese soldiers commenced heavy artillery fire on communications equipment in Kranji. Communication links between the front line and the Allies’ headquarters broke down.

Australian troops were defending the Jurong-Kranji defence line at that time. Any breach in the line would mean that enemy troops would have direct access to the city. The Japanese also suffered terrible losses in terms of human life in this particular battle. As they advanced up the Kranji River towards the line on 10 Feb, Australian troops set demolished fuel tanks nearby ablaze. Many Japanese soldiers were burnt alive.

Even then, General Tomoyuki Yamashita refused to abandon the operation.

You can still visit the Jurong-Kranji defence line today — commemorative boards are erected along the line by the National Heritage Board, such as this one at Jurong West St 42. 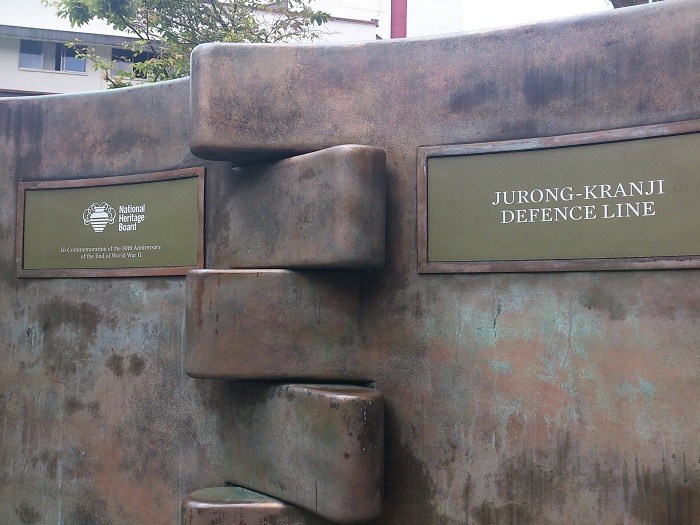 General Tomoyuki Yamashita had launched his attack on Singapore knowing that he was outnumbered, as reflected in his admission reproduced below:

“My attack on Singapore was a bluff, a bluff that worked. I had 30,000 men and was outnumbered by more than three to one. I knew that if I had to fight long for Singapore I would be beaten. That is why the surrender had to be at once.”

The Japanese army was also wanting of food, water and ammunition, with soldiers restricted to 100 rounds per man, per day.

As a result, Bukit Timah became of paramount importance for both Japanese and Allied forces.

Combat in Kranji was particularly terrible — soldiers engaged in hand-to-hand combat as well as bayonet charges. Japanese tanks were also mobilized for the first time, having been towed across the repaired Causeway.

Bukit Timah Hill eventually fell to the Japanese on 11 Feb after fierce fighting and heavy casualties on both sides. 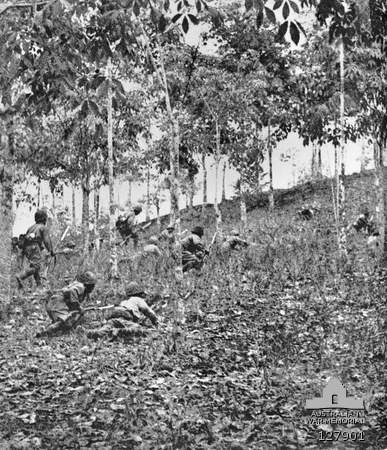 The battle of Bukit Chandu proved to be futile for the Malay Company tasked with defending the hill.

After the fall of Bukit Timah, Lieutenant-General Arthur Percival drew up a 45km long perimeter around Singapore city to be defended at all cost. Pasir Panjang Ridge was a strategic point on this perimeter, as it gave access to the British ammunition store — Alexandra Hospital. The 1st Malay Brigade would be responsible for this ridge.

After being forced to withdraw from the ridge on 14 Feb, new defence positions were hurriedly assigned to the companies in the brigade. Company C was assigned Bukit Chandu. The company was led by Adnan Bin Saidi. 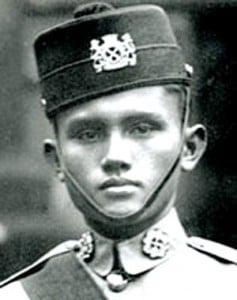 The company initially fought off a group of Japanese soldiers dressed as Sikhs. However, enemy attacked the company again two hours later, in full force.

It was the 42 men in the company against 13,000 Japanese troops. What happened on the hill that day can only be described as a massacre, though the company fought to their heroic, grisly ends.

Eventually, Japanese troops took control of Alexandra Hospital and conducted a systematic killing of the ill and the wounded. The Allied forces and civilians are squeezed into an ever smaller area, and water supply was cut off due to huge numbers of damaged pipes. Soldiers were also running out of food and ammunition.

On the morning of 15 Feb, Lieutenant-General Arthur Percival decided to surrender to Japanese troops. By 5.15pm on the same day, he had unconditionally surrendered Singapore to the Japanese.

And that is why, on 15 Feb every year, we commemorate Total Defence Day.