Must Share News
Home Inspiration Huge Turnout For Hindu Ceremony At Outram Despite The Rain Shows Nothing... 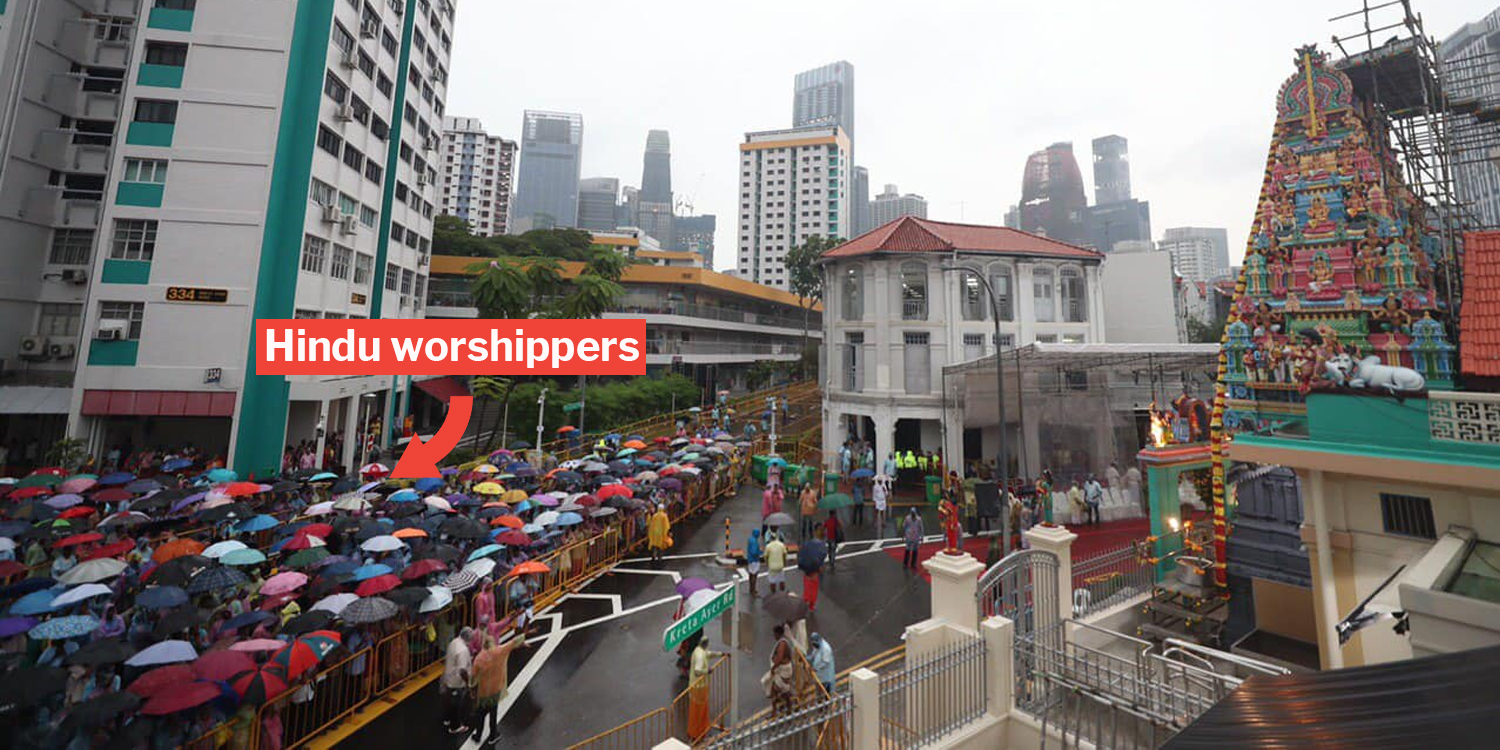 The rain may have cancelled many of our plans. Some of us may have even decided to stay home because of the nice weather to cosy up in our bed. But for the faithful Hindu worshippers, nothing was going to stop them from attending the Maha Kumbhabhishekam consecration ceremony at Sri layan Sithin Vinayagar Temple at Keong Saik Road.

Pictures showing the large turnout with umbrellas were posted on Facebook by group Tamil Murasu.

The crowd was so large that it stretched way into the nearby HDB blocks.

There’s even a livestream of the event on YouTube which you can view here. From the looks of it, the temple looks really packed inside. That may be why so many worshippers have to wait outside where it is still drizzling.

What is the consecration ceremony about?

Every Hindu temple has to go through a cleansing or rejuvenation process once every 12 years. This process is called the Kumbhabhishekham consecration ceremony.

During the process, there will be prayers and sprinkling of holy water on the building to renew it and inject life into it.

This is just another inspiring demonstration of the faithful in Singapore. The last time something like this was captured on camera was a large and very colourful turnout at a mosque in Arab Street.

We hope the weather gets better so the worshippers can celebrate the ceremony without having to hold up their umbrellas.