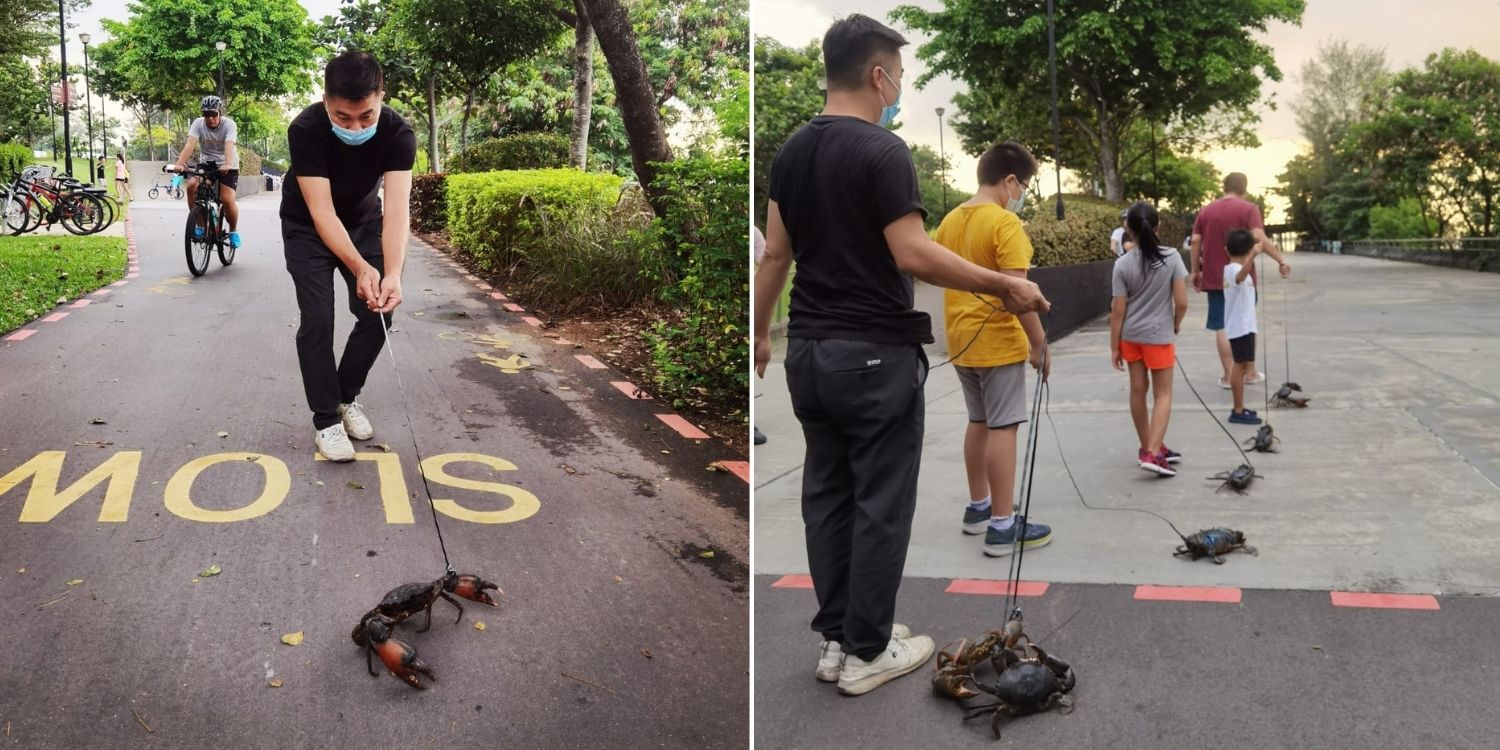 House Of Seafood Walks Their Crabs In Punggol Park

In the last few weeks, you may have seen more people walking their dogs in Singapore, possibly to take a break from staying at home.

Just like Singaporeans love their pets by taking them for a walk, a seafood restaurant says they love their crabs as well.

Thus, their boss was seen taking them for a stroll in Punggol Park. 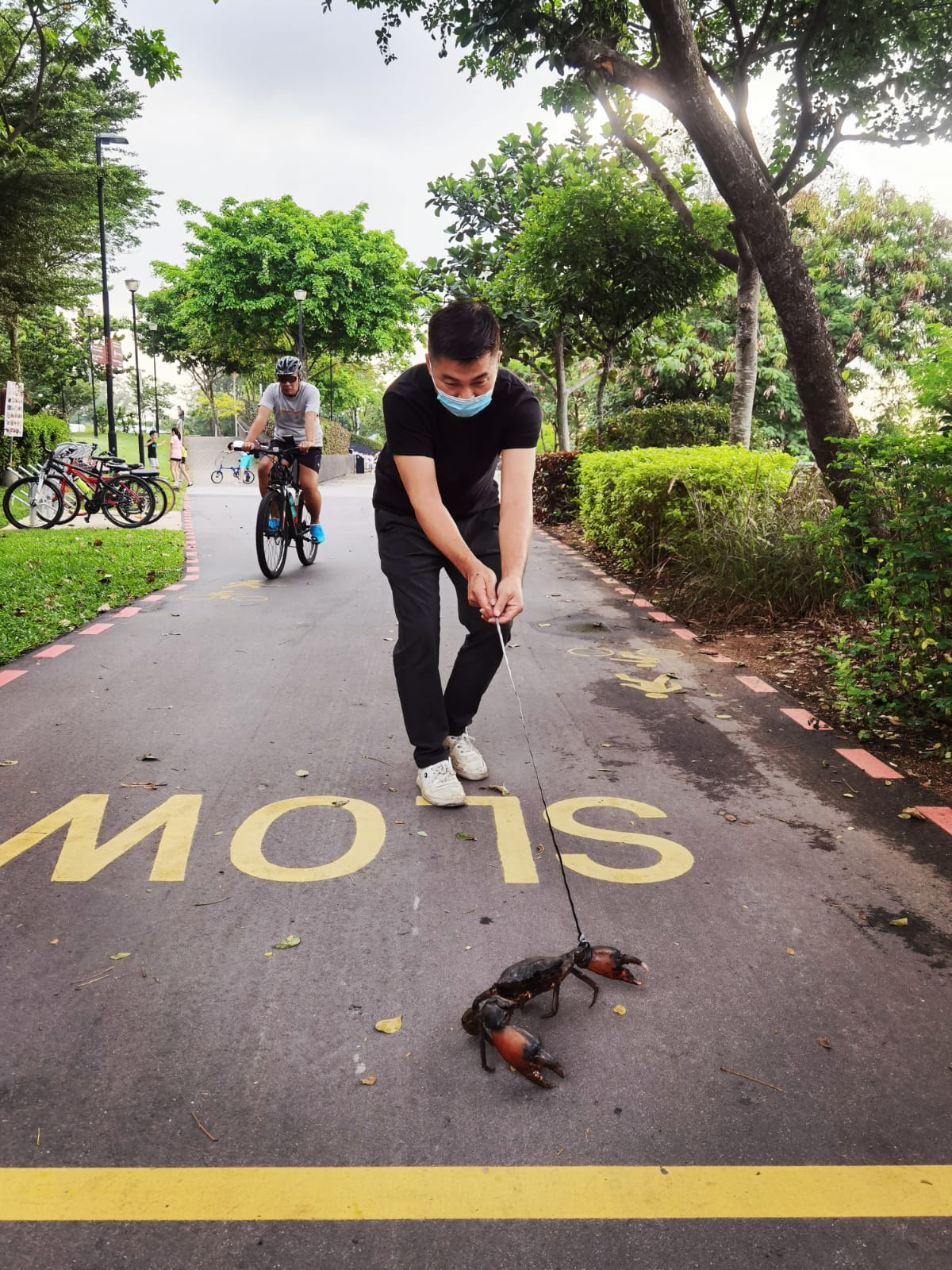 Photo courtesy of House Of Seafood.

They do this to ensure their crabs are “really meaty” for their patrons, they said.

In photos shared with MS News and also on social media, House Of Seafood chief executive officer (CEO) Francis Ng can be seen walking a crab on a leash. 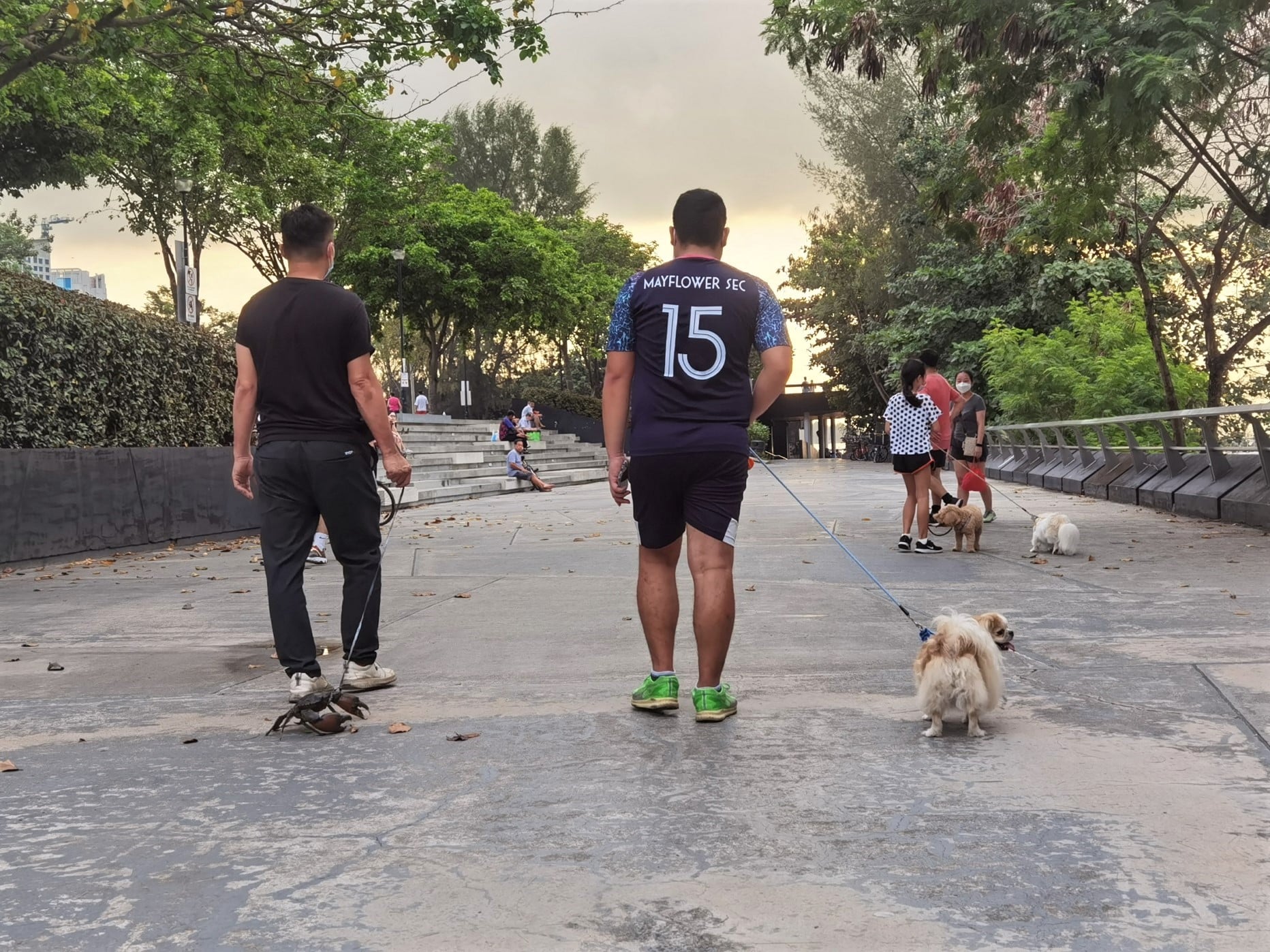 It’s just like how you would do it with a dog – in fact, he walked his crabs alongside dog-walkers, who must have been quite amused. 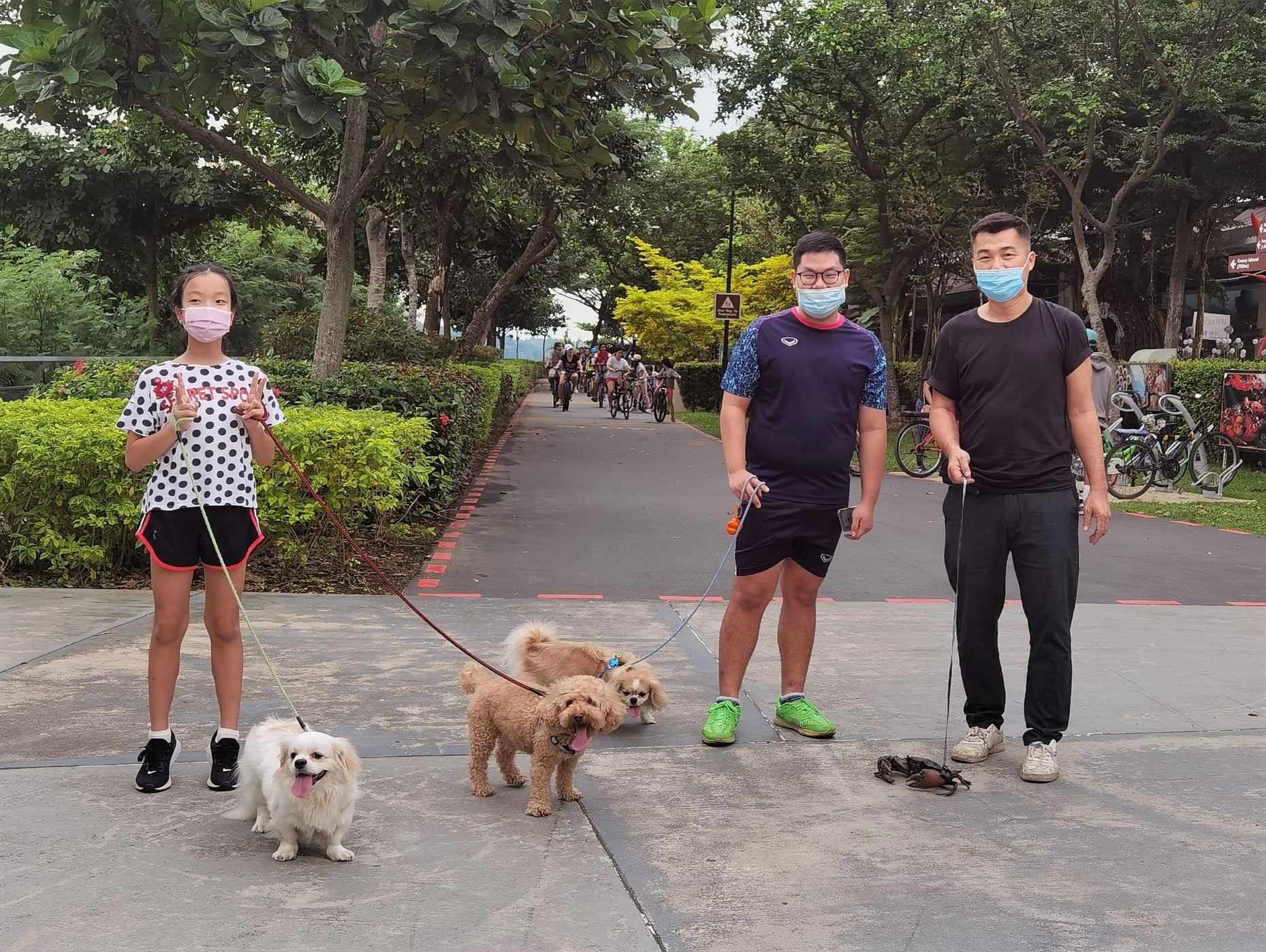 More people get in on the act

Soon, children and some adults got in on the act also, as Mr Ng had more crabs. 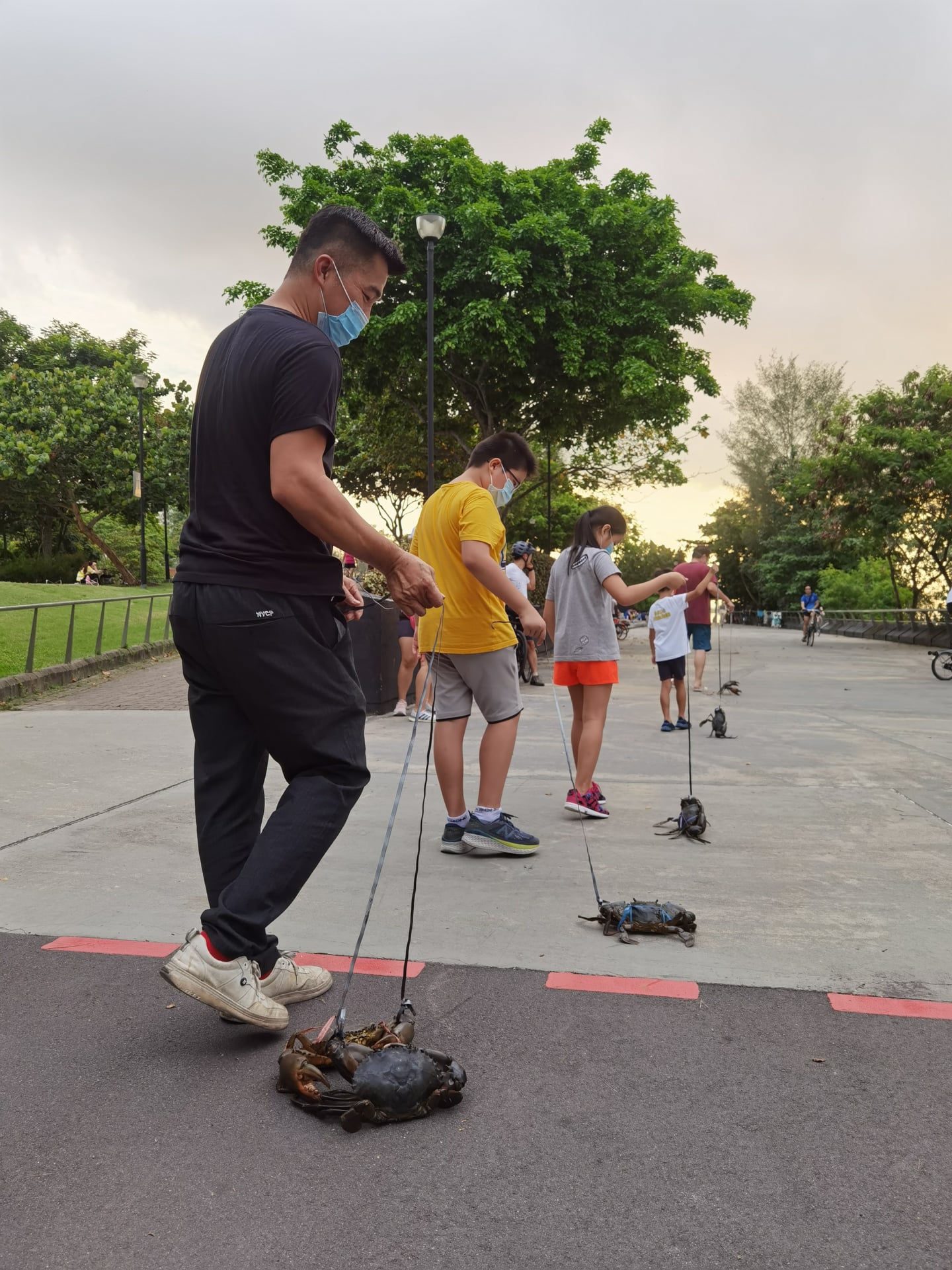 They must have had fun taking part in the unusual activity. 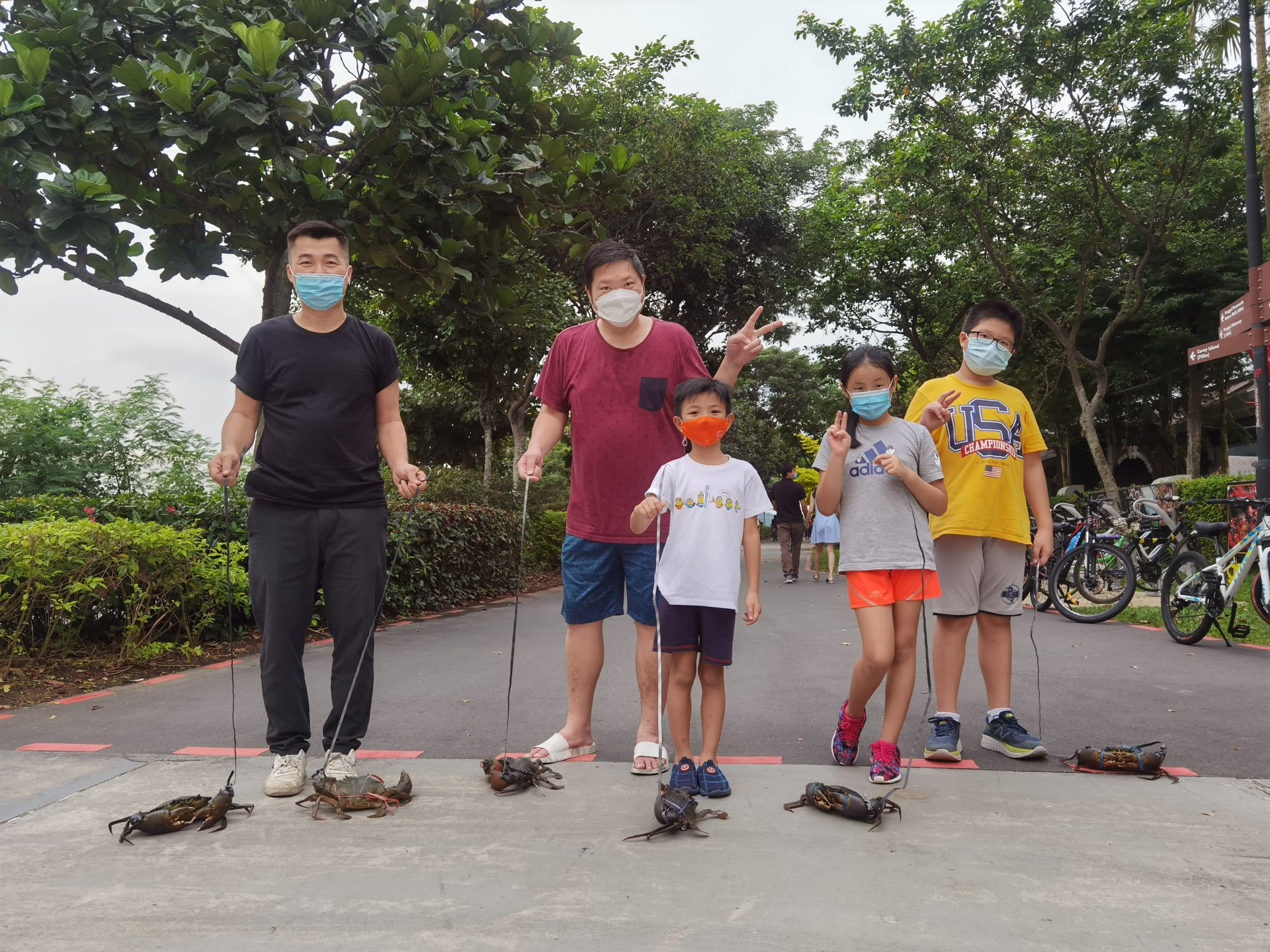 Photo courtesy of House Of Seafood.

It’s so crabs can get enough exercise

It’s also a stone’s throw away from his restaurant at The Punggol Settlement, which must be quieter now due to the current restrictions on dining in. 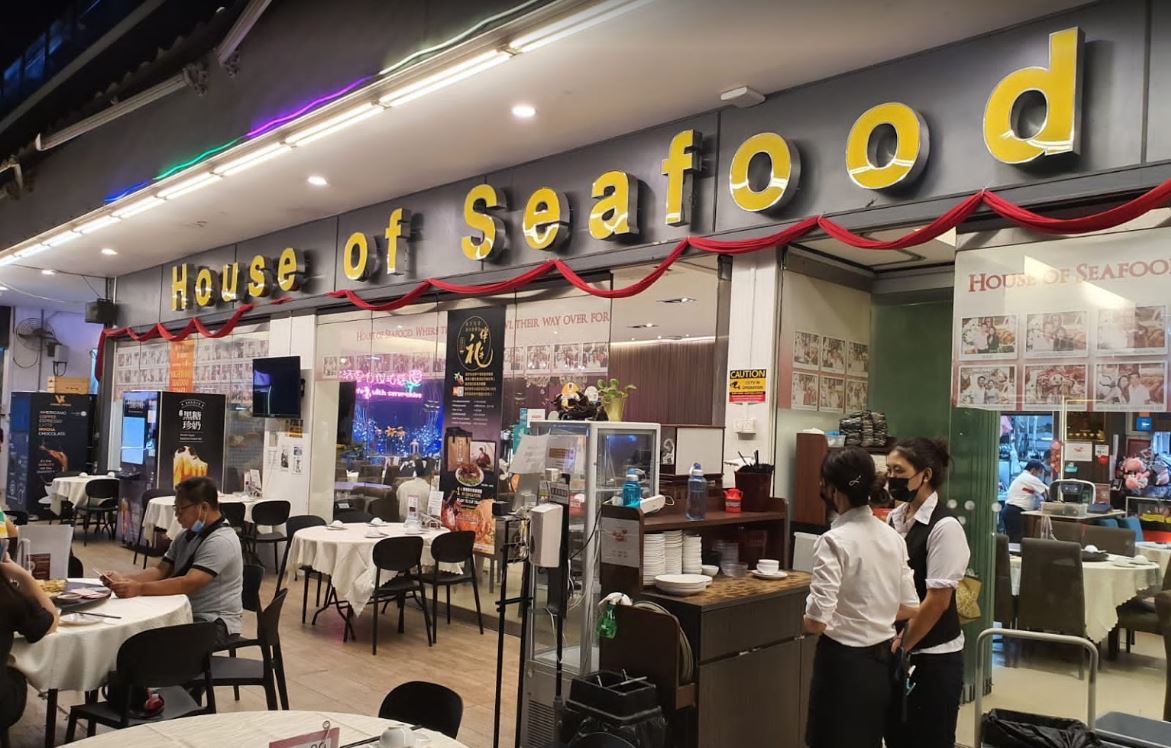 What better way to keep his crabs fat and juicy by walking them in the park during this lull period?

The restaurant says they do it so the crabs can get enough exercise, and become “really meaty”.

However, it’s also a good marketing stunt to keep the restaurant in the minds of patrons.

Crabs loved all the way to the dinner table

House of Seafood says they love their crabs in “the same way” that people love their pets.

There’s 1 very big difference though – we don’t think most people walk their pets so that they can devour them later.

For Mr Ng’s crabs, however much they’re loved, their destiny is to end up on the dinner table. 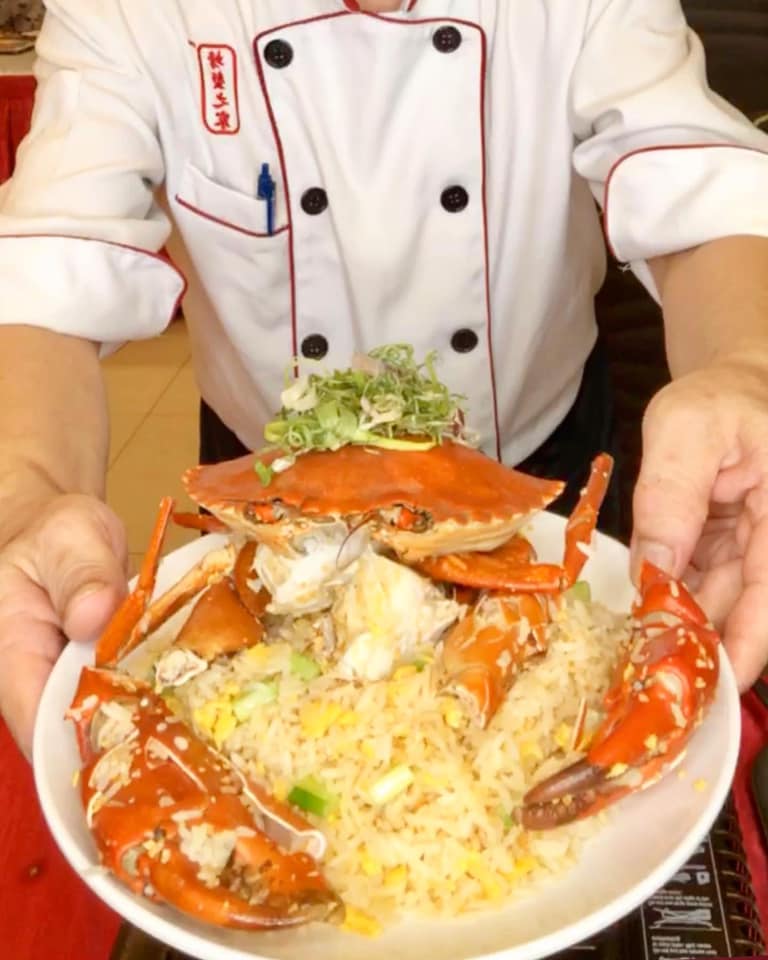 Will the crabs taste better?

We’re not sure what animal welfare activists will say, but parkgoers seemed tickled by the sight.

Perhaps when dine-in resumes on 21 Jun, some might be inspired to try out their crabs to see if the exercise did them any good?