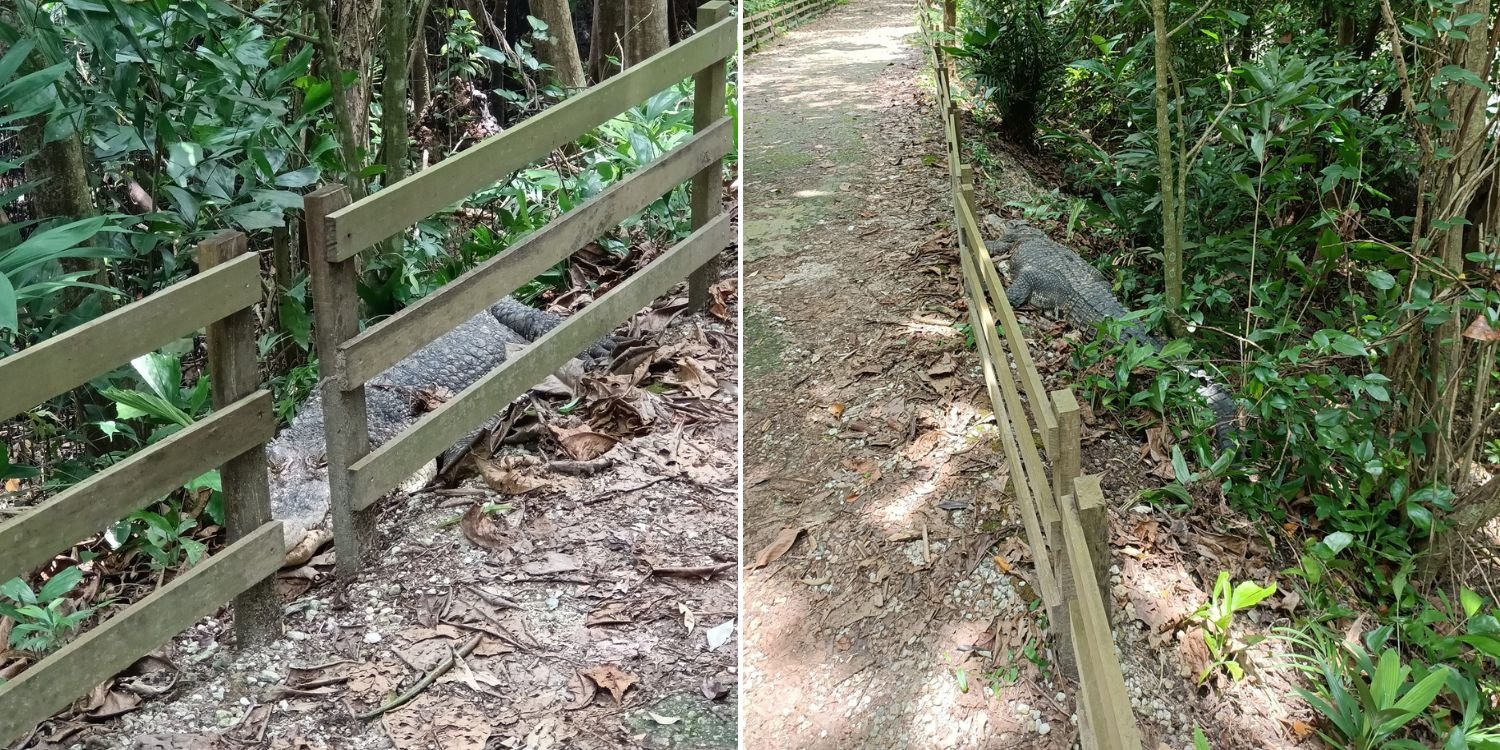 They’re usually either sunbathing or swimming in the water, going about their day and minding their own business.

So when a hiker spotted a saltwater crocodile lurking behind a fence along a walking trail at Sungei Buloh Wetland Reserve, he was understandably surprised.

On Friday (30 Sep), Facebook user Matthew Kwa shared about his encounter with the creature in the Singapore Wildlife Sightings group. Accompanying several photos of the crocodile was the caption, “Too close for comfort”.

In the series of photos he uploaded, the croc can be seen chilling behind a wooden fence, extremely close to the walking trail. 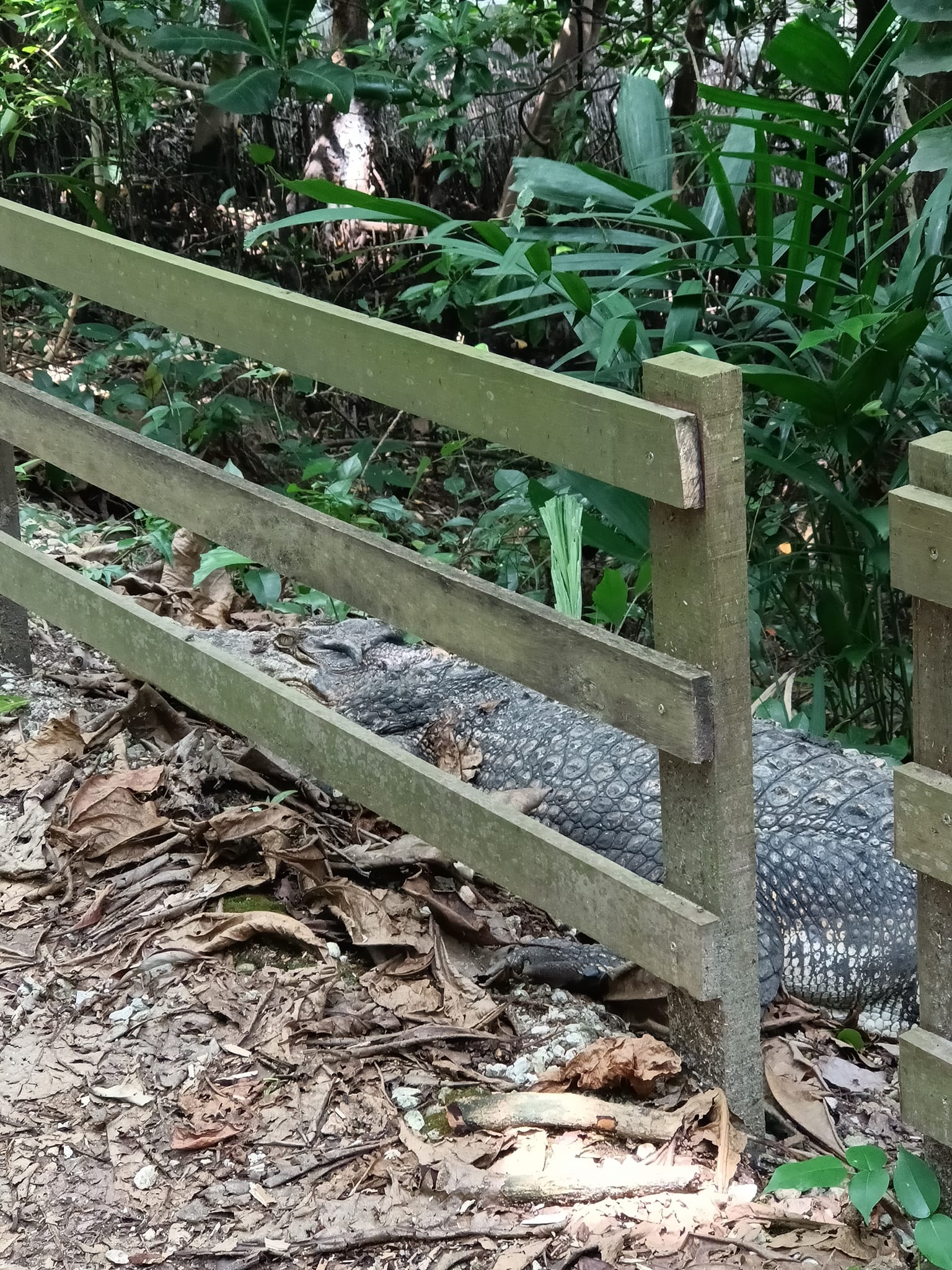 Matthew shared that he had spotted the crocodile at about 1.20pm along a walking trail in Sungei Buloh close to the 1C Hide.

When he began photographing it, the reptile didn’t seem to be bothered, remaining motionless the entire time.

Speaking to MS News, Matthew said that the croc sighting took him by surprise.

It was his first encounter with a saltwater crocodile up close, as he usually only sees them sunbathing at the main bridge, he explained.

He also speculated that it may have decided to climb up and away from the water’s edge due to the high tide.

Thankfully, the fence prevented the creature from crossing over.

As it turns out, Matthew wasn’t the only one who was intrigued by the sighting.

Some Facebook users commented that he was lucky to see the crocodile up close.

Another even seemed familiar with the croc, claiming that it was always lurking in that area.

This netizen joked that Matthew should have worn Crocs to be safe.

As crocodiles are wild animals, it’s best to leave them be and avoid provoking them as their attacks can be fatal.

If you ever come across a croc in the wild, maintain a safe distance and admire it from afar.

Since the creature is minding its own business most of the time, you should do the same too.