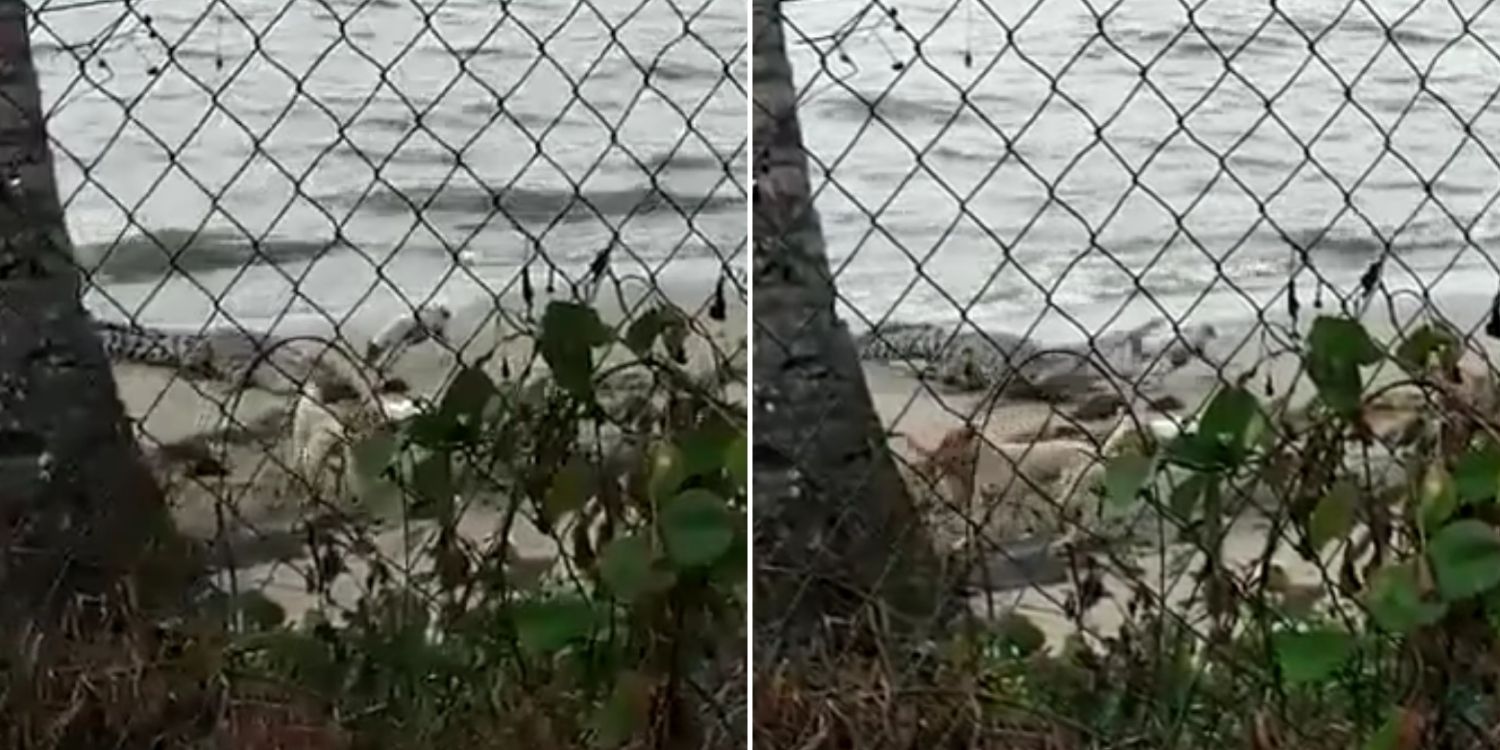 The attack happened in a resort in Sabah, Malaysia.

Crocodiles have come under the limelight in recent times for their occasional appearances at Sungei Buloh Wetland Reserve.

Although these dangerous animals move lazily, a recent viral video is a warning for everyone to not take these predators for granted.

In the short clip, a group of stray dogs can be seen gathered around a crocodile off the shore of a beach before the reptile dragged one of the canines into sea.

In the video clip, a pack of stray dogs were seen loitering around a crocodile on an unknown beach shore.

Despite the dogs’ constant pestering, the crocodile remained stoic and unmoving.

After lulling them into a false sense of security, the reptile pounces and bites one of the dogs, pulling it back into the open sea.

The other dogs were helpless after the attack, barking desperately into the vastness of the ocean.

The video ends as the camera pans around, as the dogs remain clueless about what had just happened.

As with any viral video, misinformation and rumours about the encounter can soon spread. In this case, some netizens claimed that the attack happened in the Changi or Tanah Merah area.

In the post, Mr Seah shared that the video was taken behind a fence at a resort in Sabah, Malaysia.

He also pointed out that crocodiles are often “opportunistic ambush hunters” and would strike when the time is right.

Despite these warnings, many Singaporeans would often tempt their fate by attempting to snap photos or even selfies when these creatures appear in local areas.

He ends the post by advising members of the public to respect these creatures and keep a safe distance from them.

Stay away from crocodile

While the location shown in the video does bear some resemblance to our beaches, one should not assume that to be the case.

As disturbing as the video might be to some people, it only depicts the cruelty of the natural world.

If you happen to find yourself near a crocodile, be sure to stay away and not tempt your fate like the poor dog.