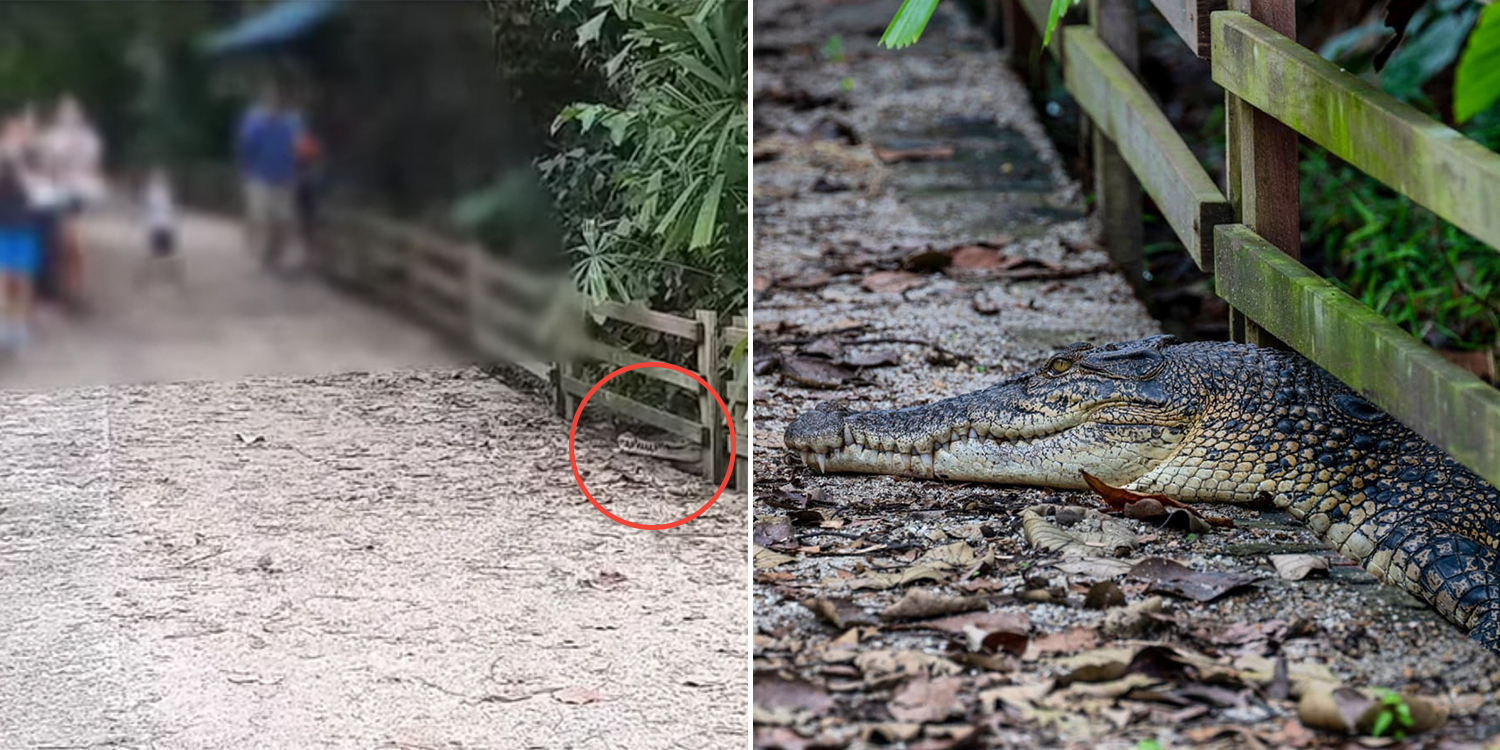 The crocodile seemed agitated when the hikers moved closer.

For how often we spot wildlife here in Singapore, especially at nature reserves, it is important to keep a distance so as to prevent getting attacked.

A photographer recently posted on Facebook to advise all members of the public to respect the wildlife and give them space. 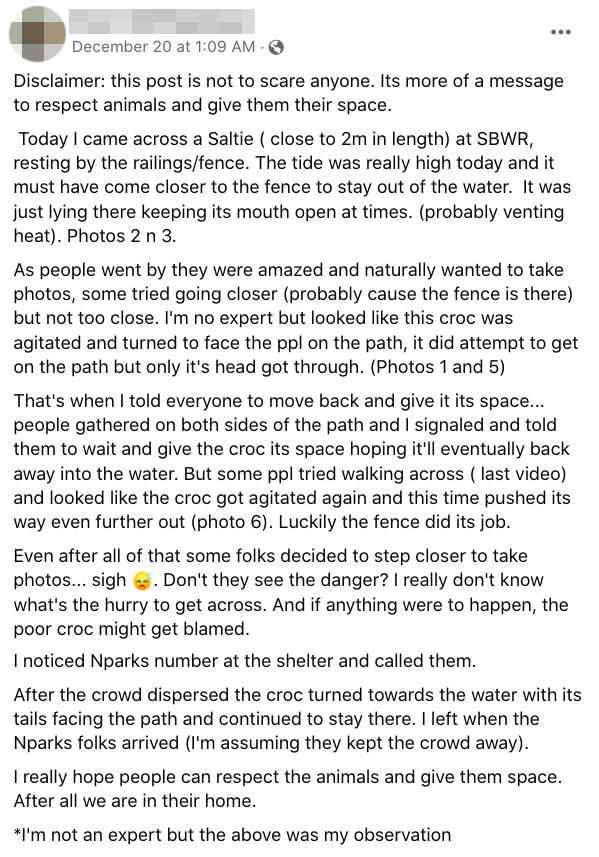 This came after he noticed several members of the public approaching a wild crocodile to take pictures at Sungei Buloh Wetland Reserve.

The photographer observed that the people’s actions seemed like they resulted in the crocodile getting agitated. Thus, the crocodile tried to move to the footpath.

Thankfully, the fence managed to block it from harming anyone.

On Monday (20 Dec), a photographer came across a wild saltwater crocodile at Sungei Buloh Wetland Reserve.

Since the tide was quite high that day, the photographer guessed that the crocodile moved further inland to stay out of the water.

It was roughly 2 metres in length and resting by a fence with its mouth open at times. 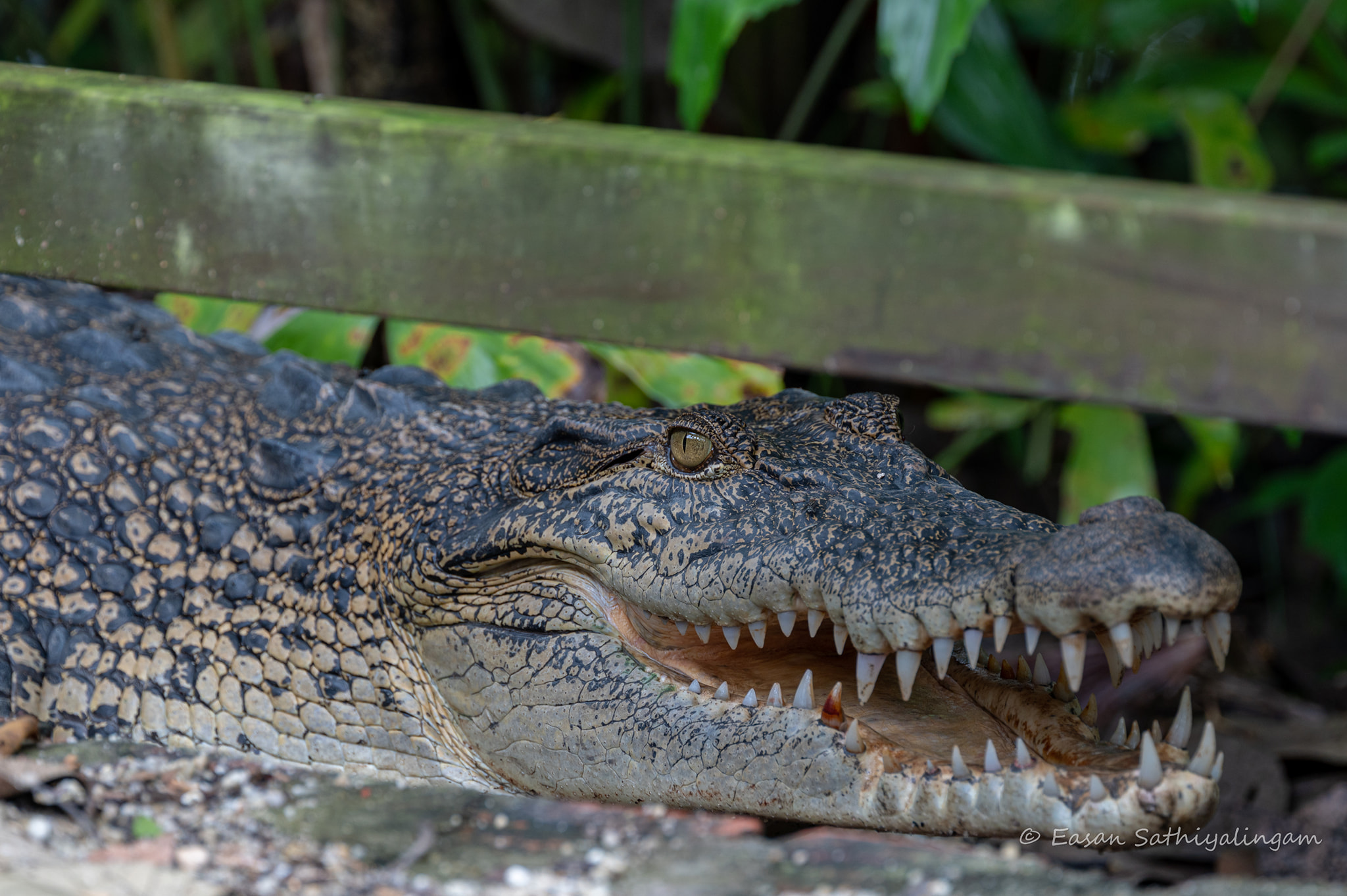 Upon seeing the crocodile, many people were amazed and naturally wanted to take photos. Some tried to go closer, including a young child. 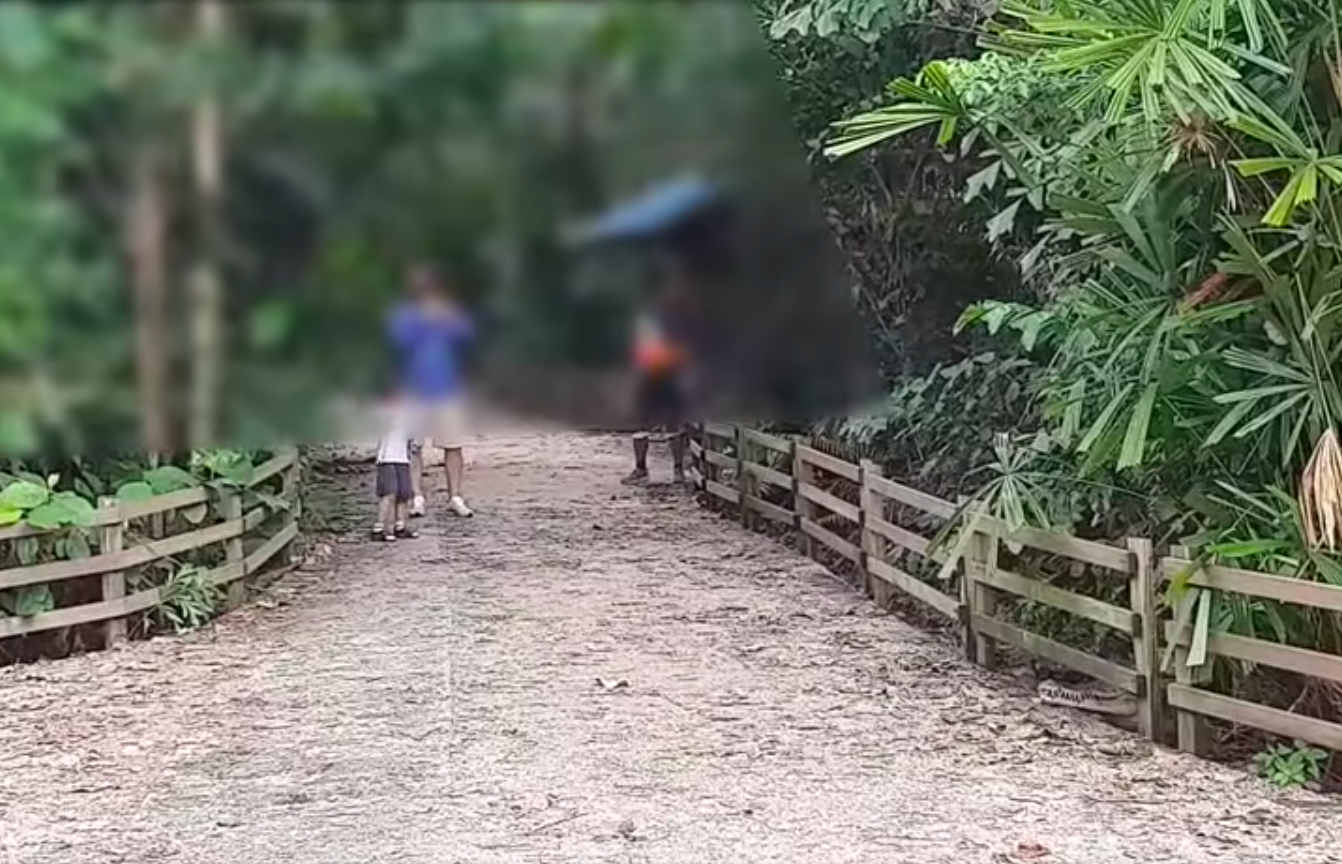 Though the photographer was not an expert, the crocodile appeared rather agitated. It later turned to face the people on the path.

However, it seemed like its body was too big to fit as only its head got through the fence. 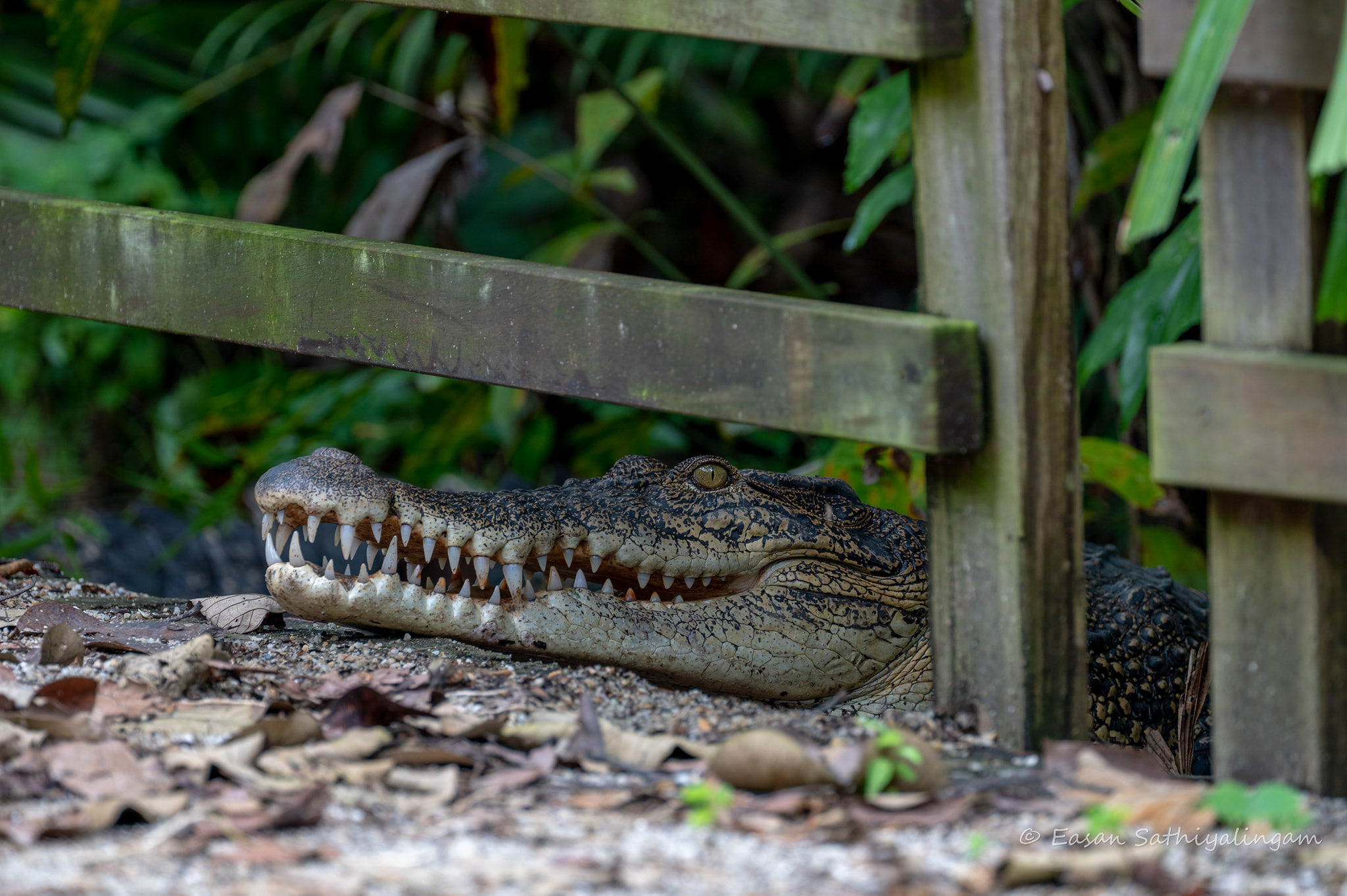 Sensing the situation could be dangerous, the photographer told everyone to move back and give the crocodile space in hopes it would back off.

However, some people tried walking across its path. Unfortunately, the crocodile got even more agitated, this time pushing its way even further out. Luckily, the fence managed to prevent it from forcing its way through. 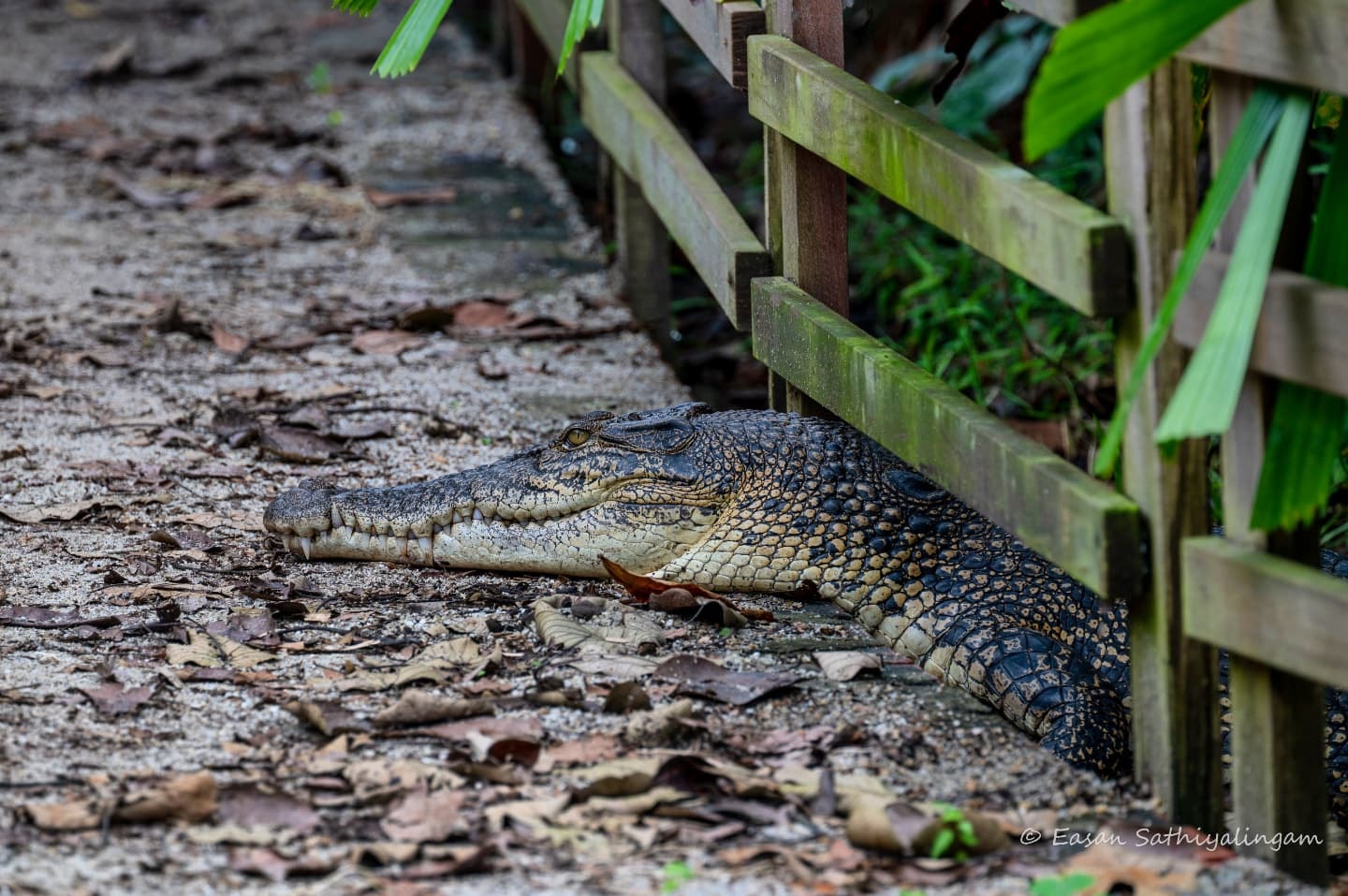 Despite all this, those passing by still decided to step closer to take photos of the crocodile.

This worried the photographer, and he decided to call the NParks number that he saw at the shelter nearby.

After the crowd dispersed, the crocodile turned towards the water with its tail facing the path. The photographer left once the NParks officers arrived, assuming they would keep the crowd away.

Through this incident, the photographer decided to post about his encounter in hopes that those who chance across wildlife creatures would give them adequate space.

After all, humans are the ones who are within the animals’ territory after all.

While wildlife creatures may appear cute or fascinating to us, they could still behave unpredictably.

Additionally, since they probably do not understand our intentions, there is a high chance they may get defensive and attack.

Thus, for our own and the safety of the animals, we should keep a distance and only admire them from afar.