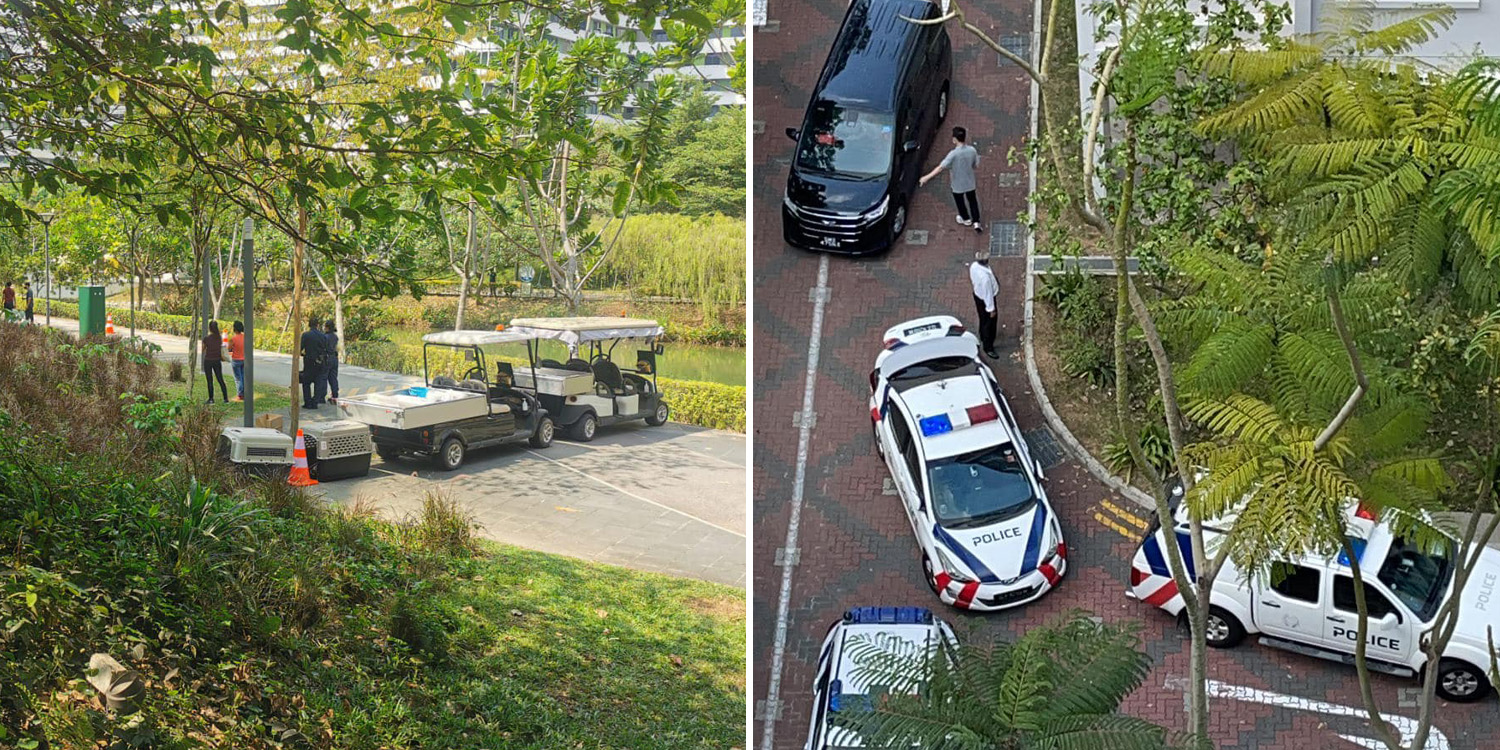 The wild boar is believed to be responsible for the attacks on 20 Feb.

Wild boars have been hogging the spotlight ever since a shocking attack at Punggol earlier this month that resulted in 2 people injured.

On Friday (26 Feb), a wild boar – believed to be responsible for the previous attacks – once again made an appearance in the neighbourhood.

Later in the day, Punggol West MP Sun Xueling took to Facebook to update that a resident and a National Parks Board (NParks) officer were injured by the wild boar. 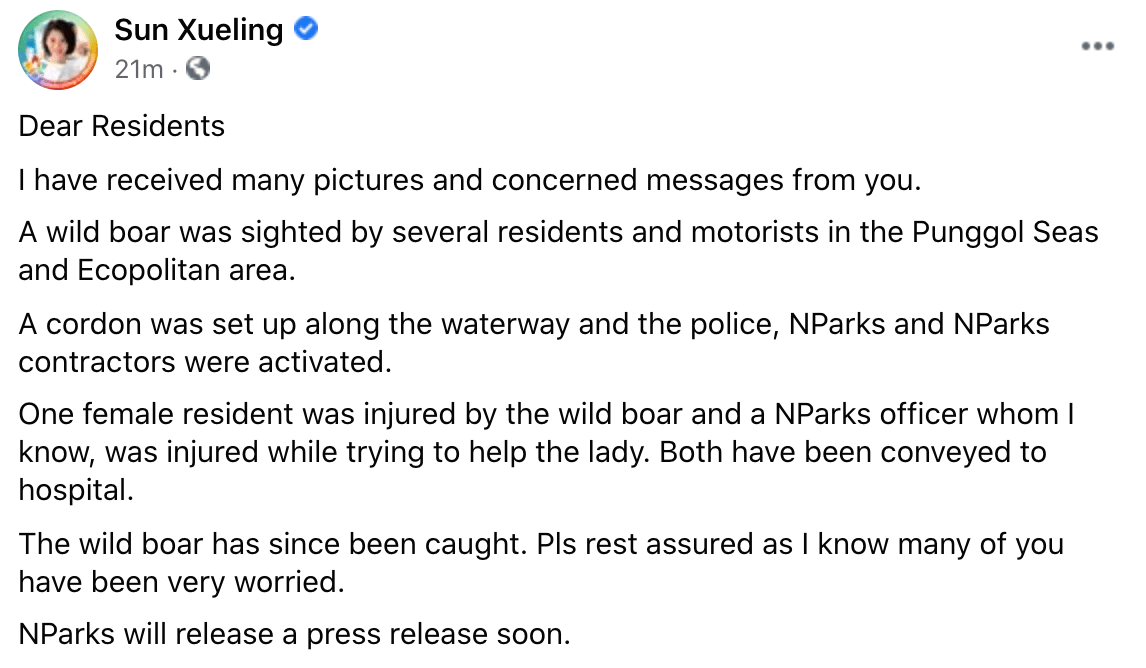 The wild boar has been captured and euthanised.

Since the wild boar attack in Punggol on 20 Feb, NParks has been actively patrolling the area to ensure the public’s safety. 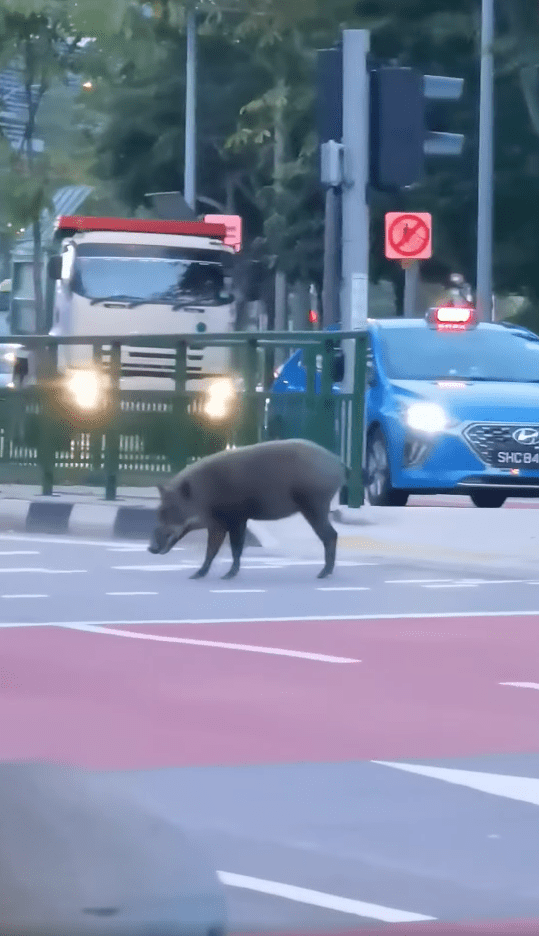 A wild boar at Punggol on 20 Feb
Source

On Friday (26 Feb), a wild boar was once again spotted in the neighbourhood. It is believed to be the same boar involved in the previous attacks, reported The Straits Times (ST).

This time, it was seen around Block 211C on Punggol Walk and at the Ecopolitan condominium. 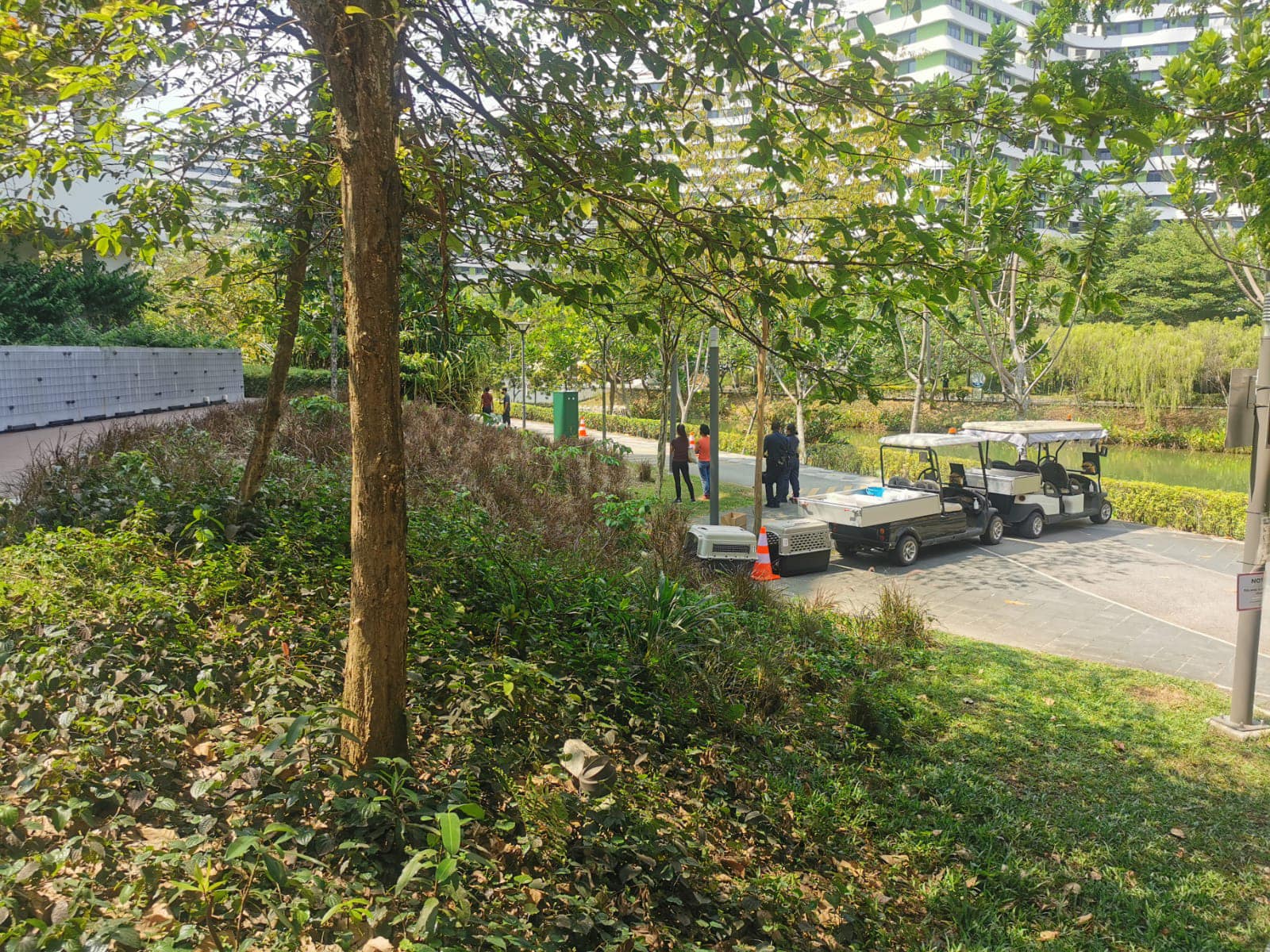 NParks and police officers were also activated to assist with the search. However, 1 female resident was reportedly injured by the wild boar and has been conveyed to the hospital for treatment.

An NParks officer tried to render help but was also injured in the process.

Boar had to be euthanised

In a separate post, Mr Tan Kiat How – Minister of State at the Ministry of National Development – shared that the wild boar has to be euthanised due to its aggressive behaviour. 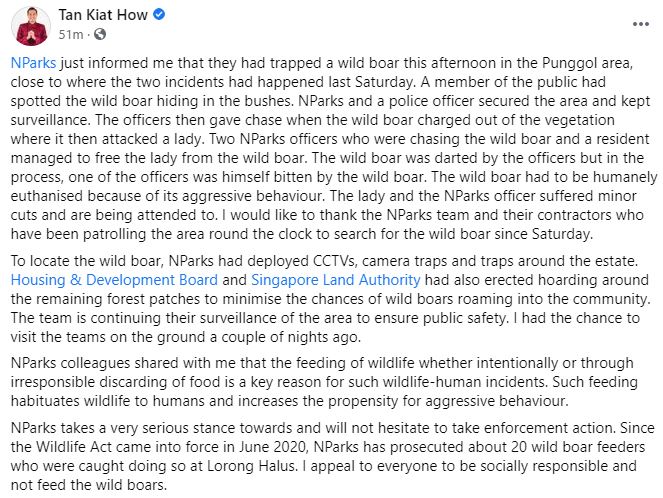 The spate of wild boar incidents in recent days is truly unfortunate. MS News wishes those injured a speedy recovery.

While we can yet to ascertain if the wild boar was responsible for all 3 incidents, we are heartened that the vigilance efforts have yielded results.

If you ever encounter a wild boar, follow NParks’ advice and keep a safe distance away from them.