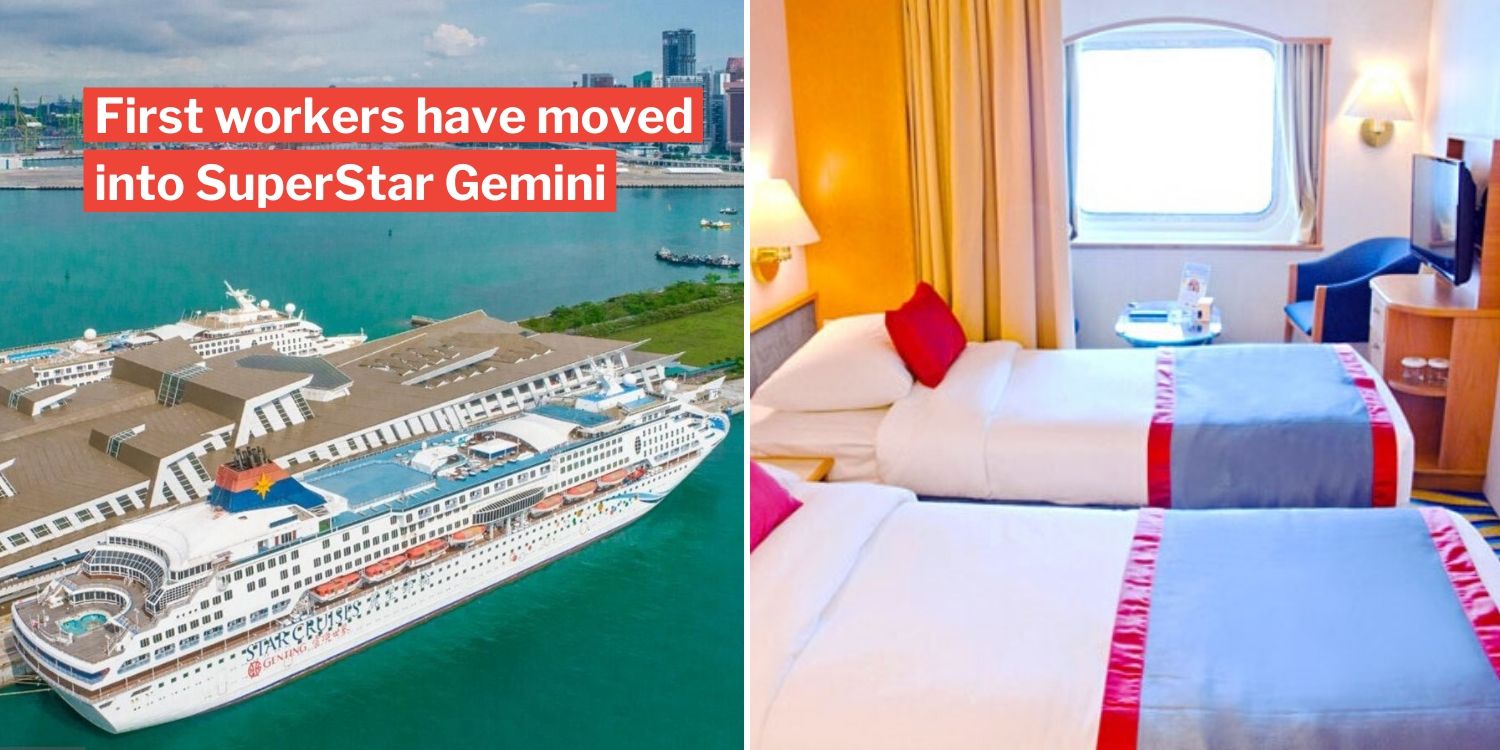 The SuperStar Gemini and SuperStar Aquarius have been repurposed.

First Migrant Workers Moved In To Superstar Gemini On 29 Apr, Superstar Aquarius Will Also House Them

Remember the last time you went on a cruise? Thanks to be Covid-19 pandemic, going on a cruise now isn’t the best idea, considering reports on how the virus can spread like wildfire in the enclosed space.

Since many cruise ships are sitting empty at the moment, though, it was decided that we should put them to good use — as accommodation for migrant workers who have recovered from Covid-19.

The workers will now enjoy twin rooms with en-suite toilets, a far cry from their normal crowded accommodation in dormitories, where up to 12 men may share a room. 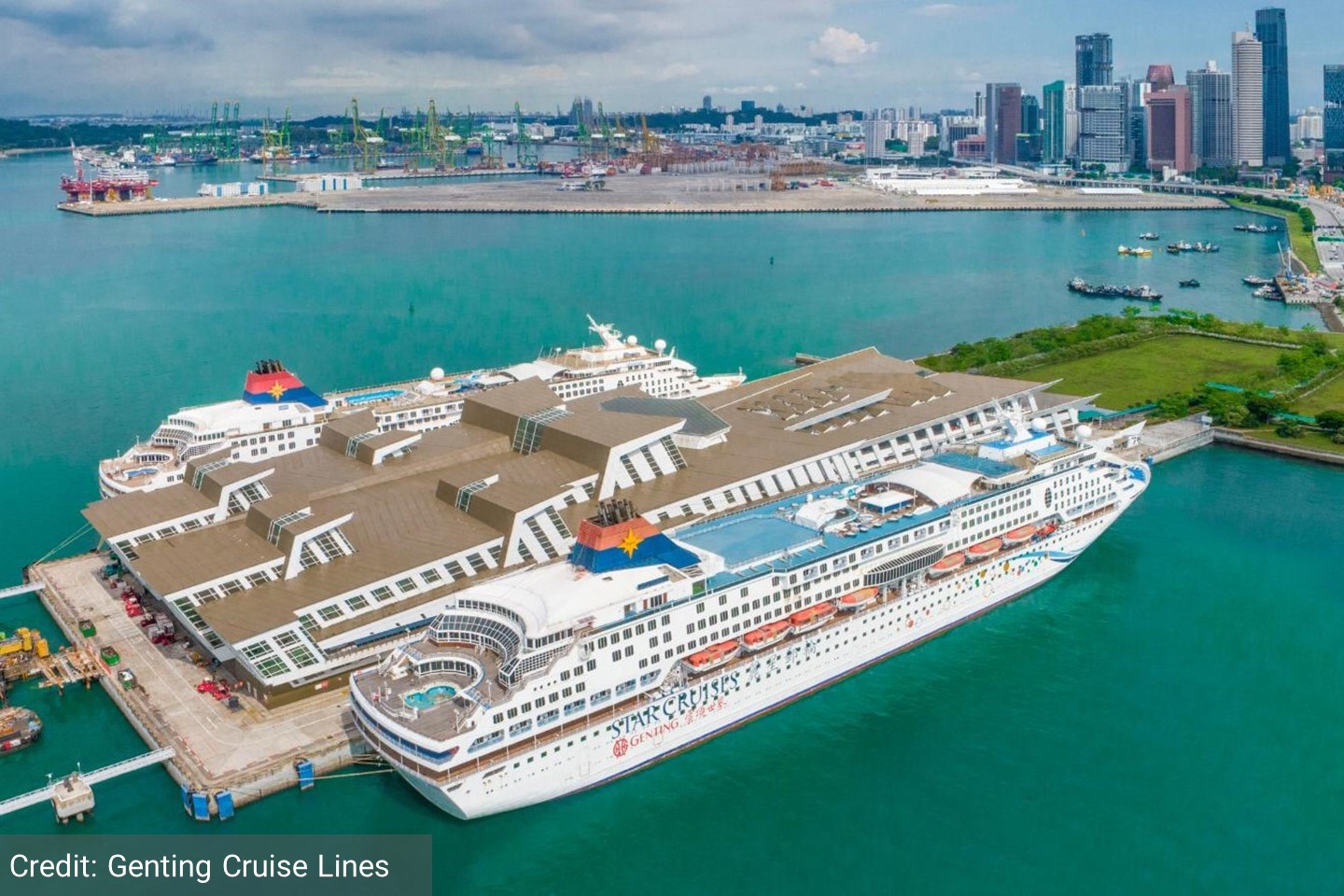 Govt effort to reduce spread of virus in dorms

Two ships so far have gone through an assessment by agencies for this repurposing, revealed a Facebook post by the Singapore Tourism Board (STB) on Friday (1 May) — the SuperStar Gemini and SuperStar Aquarius. 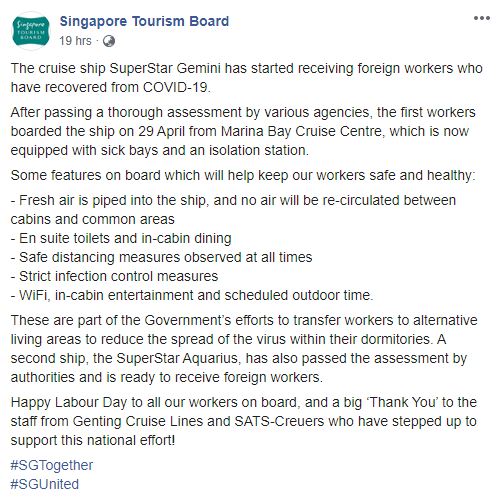 These alternative accommodations have been tapped by the Government so that the spread of the coronavirus among migrant workers in dormitories can be contained.

We get why this must be done — after all, we can’t send these workers back to their dormitories, which are being isolated and where many of their colleagues are still testing positive for the virus.

According to STB, the first workers have boarded the SuperStar Gemini for their stay on Wednesday (29 Apr). 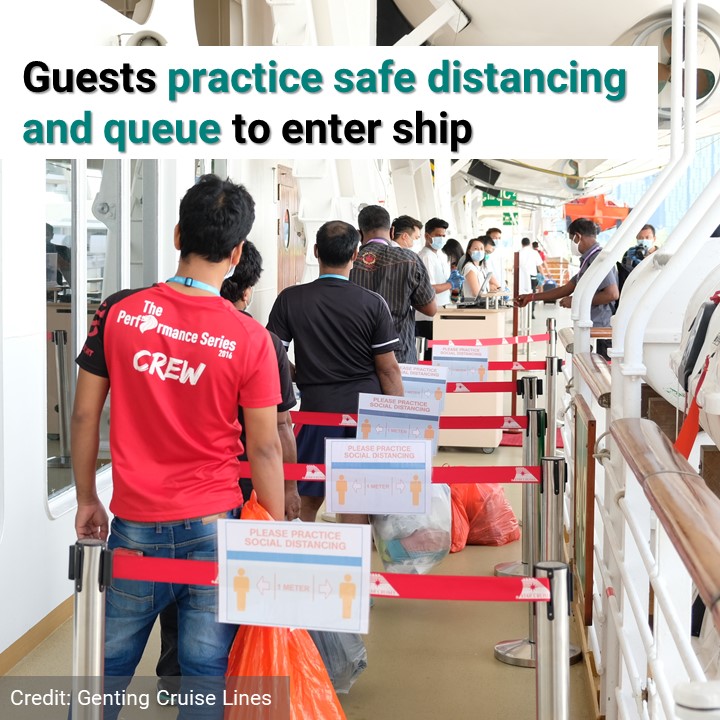 Before boarding, they were given a safety briefing. 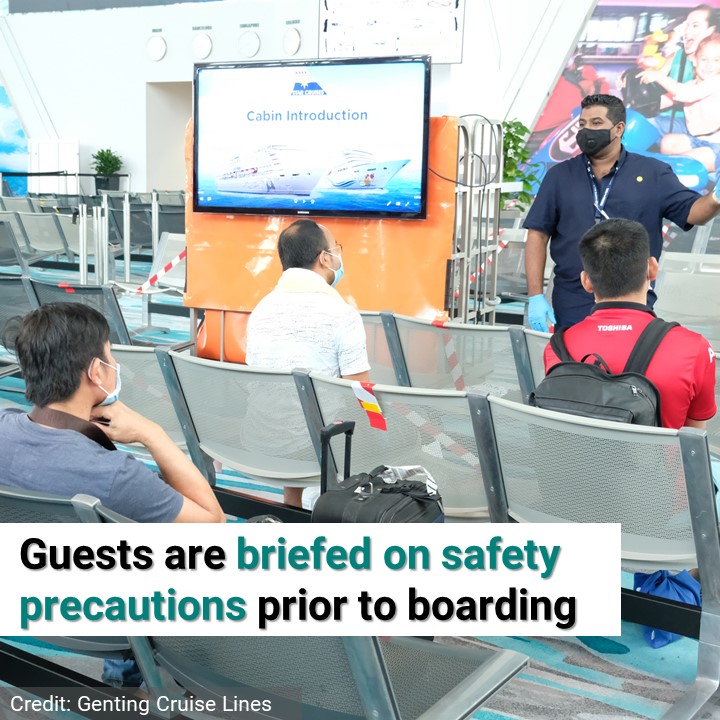 Ship has many features to keep workers safe and healthy

Some of the facilities that they will enjoy are twin rooms with en-suite toilets, so they don’t have to share toilets with hundreds of colleagues like when they live in dorms. 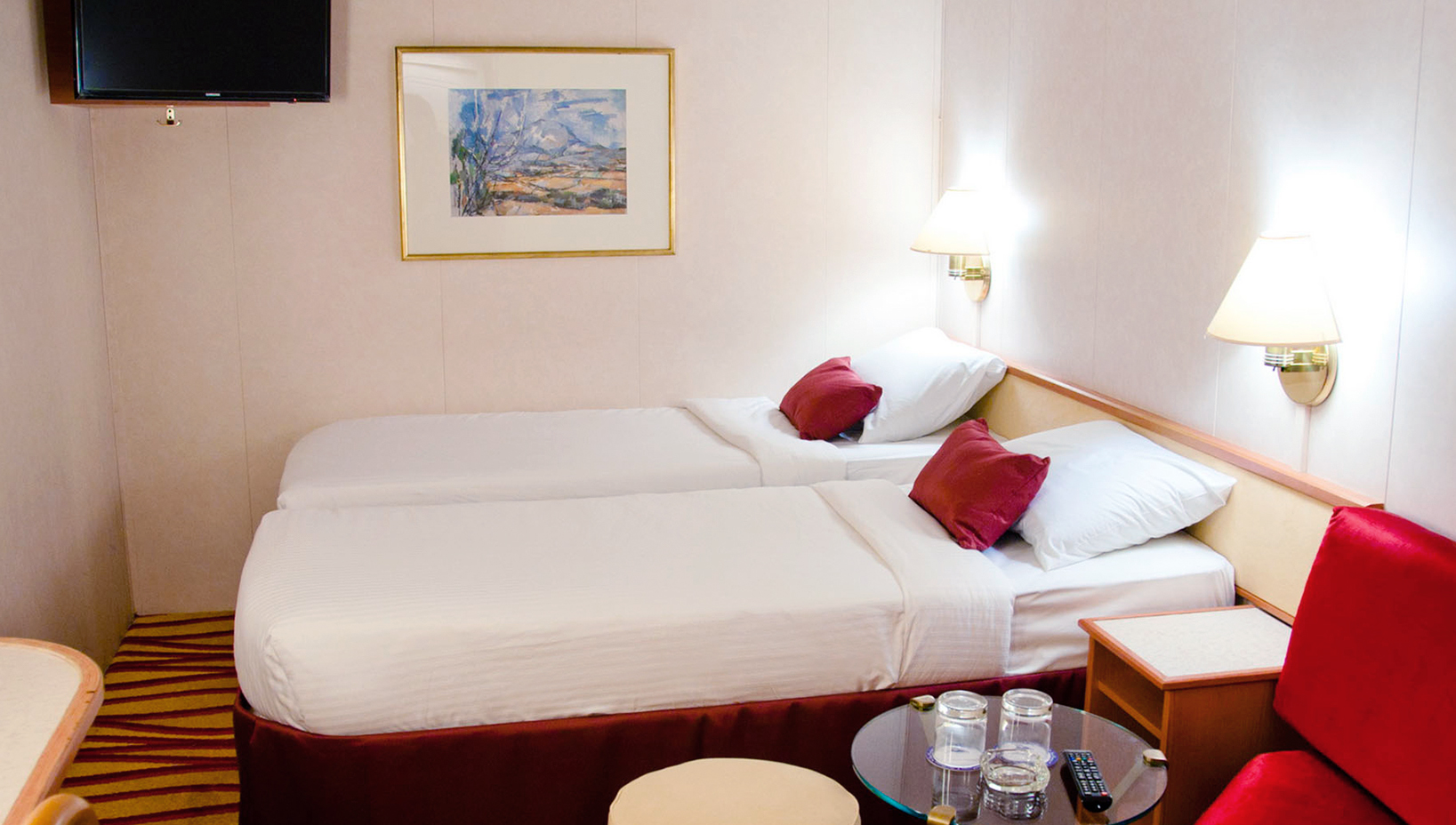 They will also have “in-cabin dining” — what we think that means is that their meals are sent to their cabins, for them to eat in-room. This is probably to avoid large groups of workers eating together at the same time. 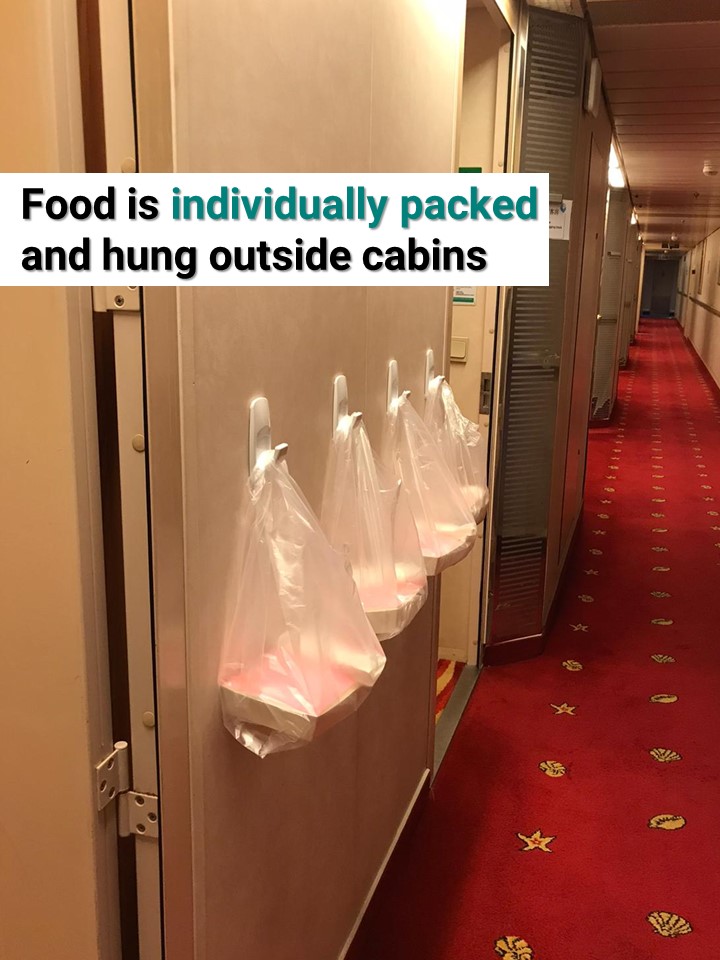 While in their rooms, the workers will have fresh air piped into the ship, which won’t be circulated between common rooms and their cabins. This is prevent sharing of air that may potentially spread airborne disease. The cabins will also have Wi-Fi and entertainment, so the workers won’t be bored and can still use their phones to keep in contact with family. 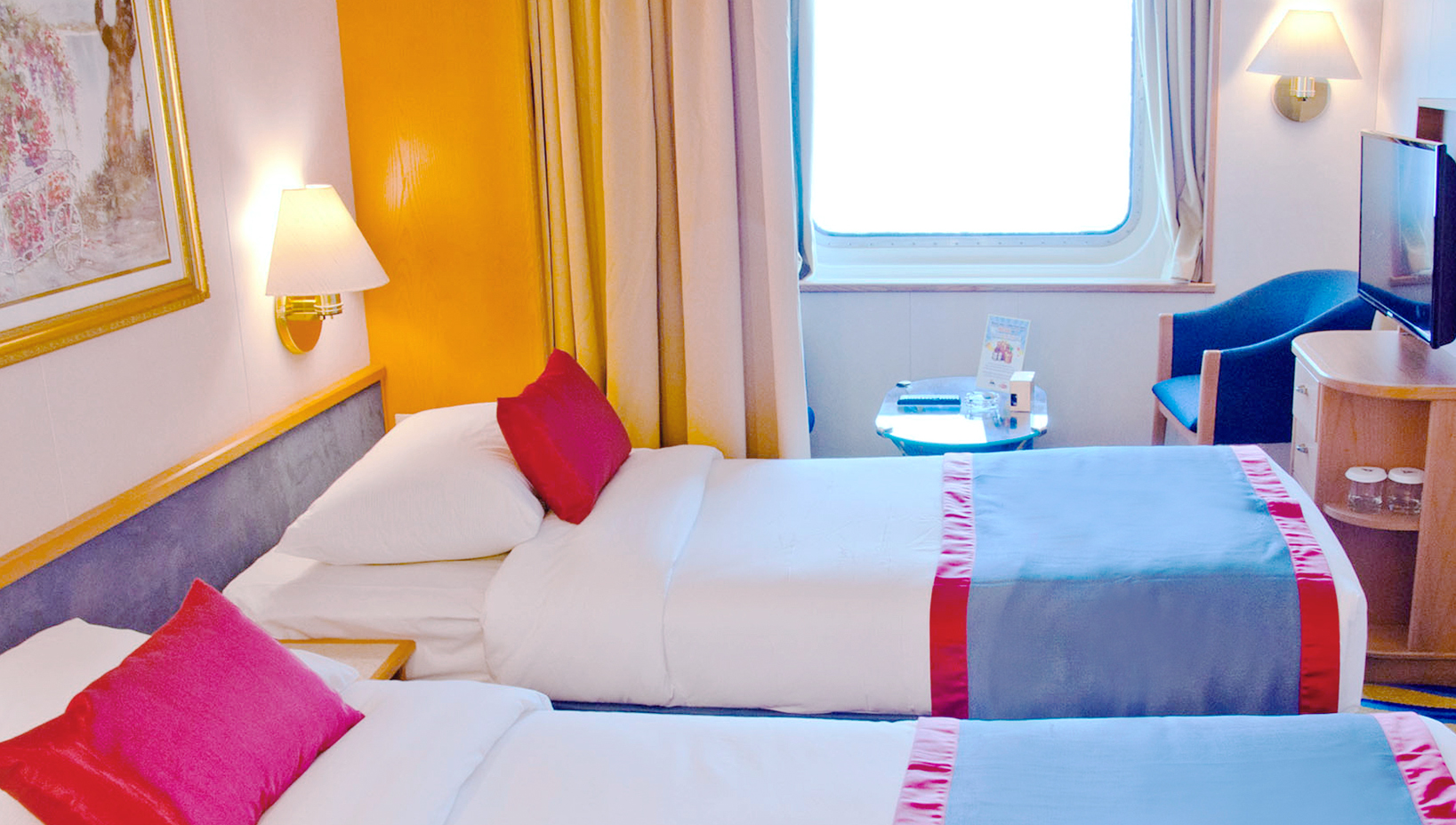 Life on board the ship won’t just be confined to cabins, though — the workers will also have scheduled outdoor time so they won’t literally get cabin fever. 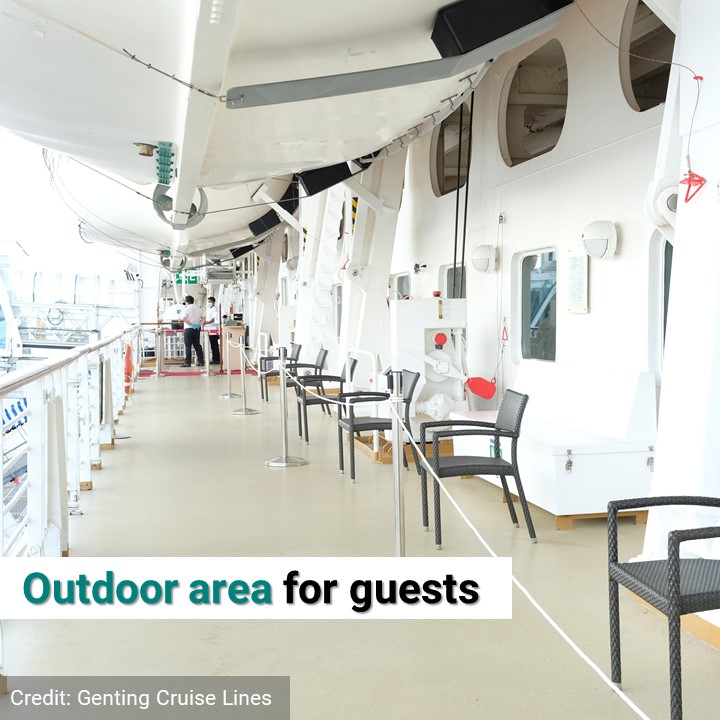 However, when they are outside, strict safe distancing protocol will be observed, said STB. 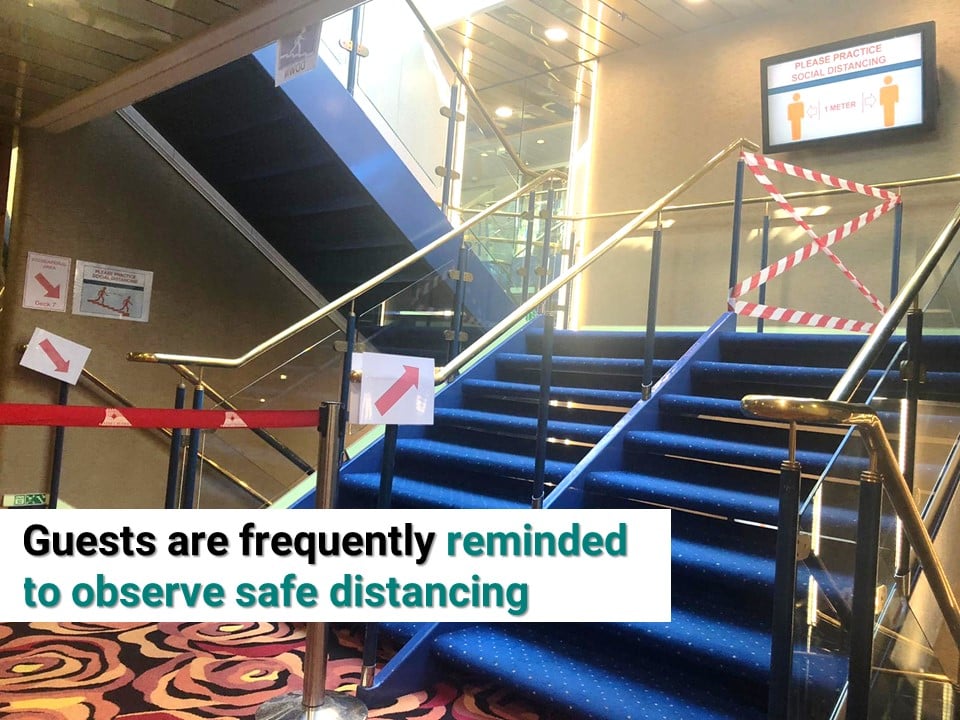 While strict infection-control measures have been observed, in event that one of the workers falls sick, a sick bay has been set up at the Marina Bay Cruise Centre. 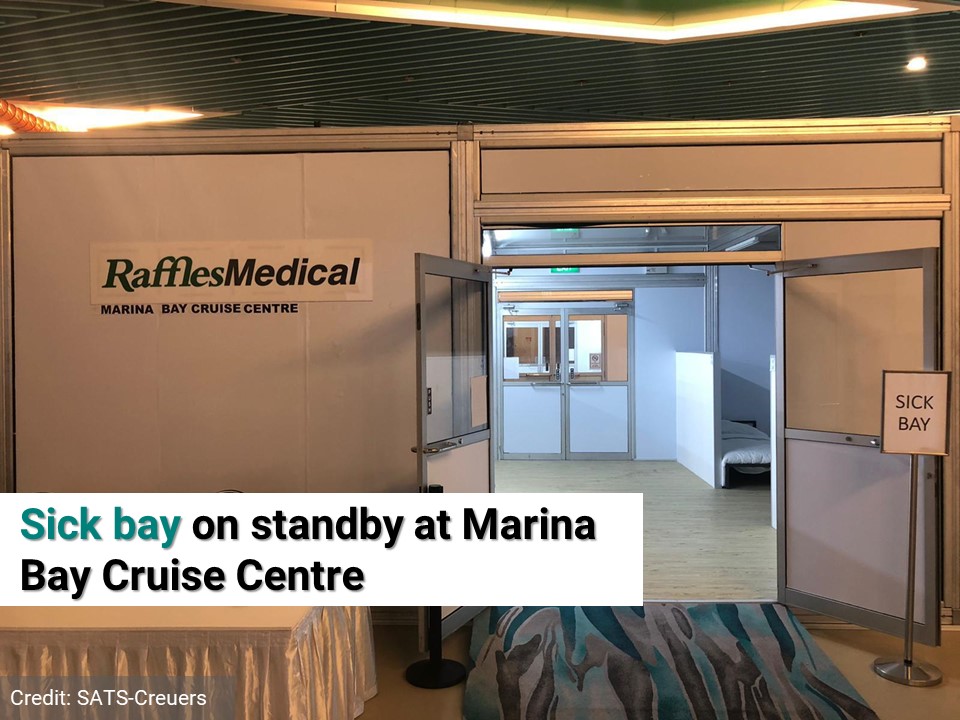 This includes isolation points so sick workers don’t spread the disease to others. 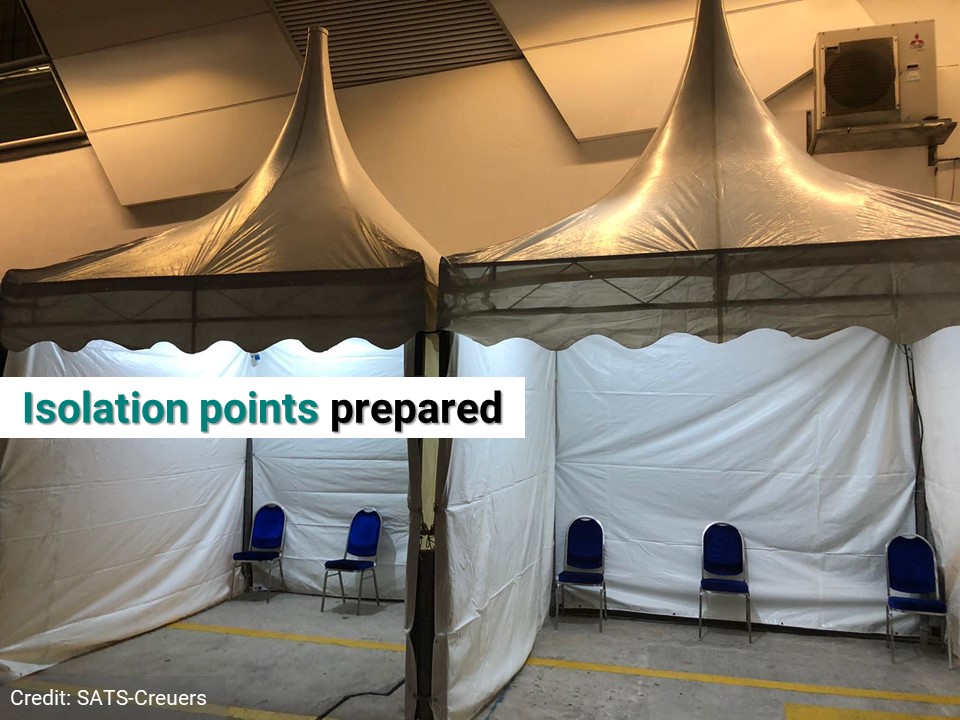 A well-deserved respite from crowded dorms

STB has said that a second ship, the SuperStar Aquarius, has also passed the assessment by authorities and is ready to receive migrant workers.

While it isn’t ideal – cruise ships were obviously not built for disease infection control – the accommodations for the infected workers are a well-deserved respite from dorms for these migrant workers, whose living conditions caused them to be infected.

Let’s hope when the outbreak finally passes, the authorities will continue to look into providing living conditions for migrant workers that aren’t so susceptible to the spread of disease.

In the meantime, kudos to Genting Cruise Lines, SATS-Creuers and their staff for their effort in housing the workers.