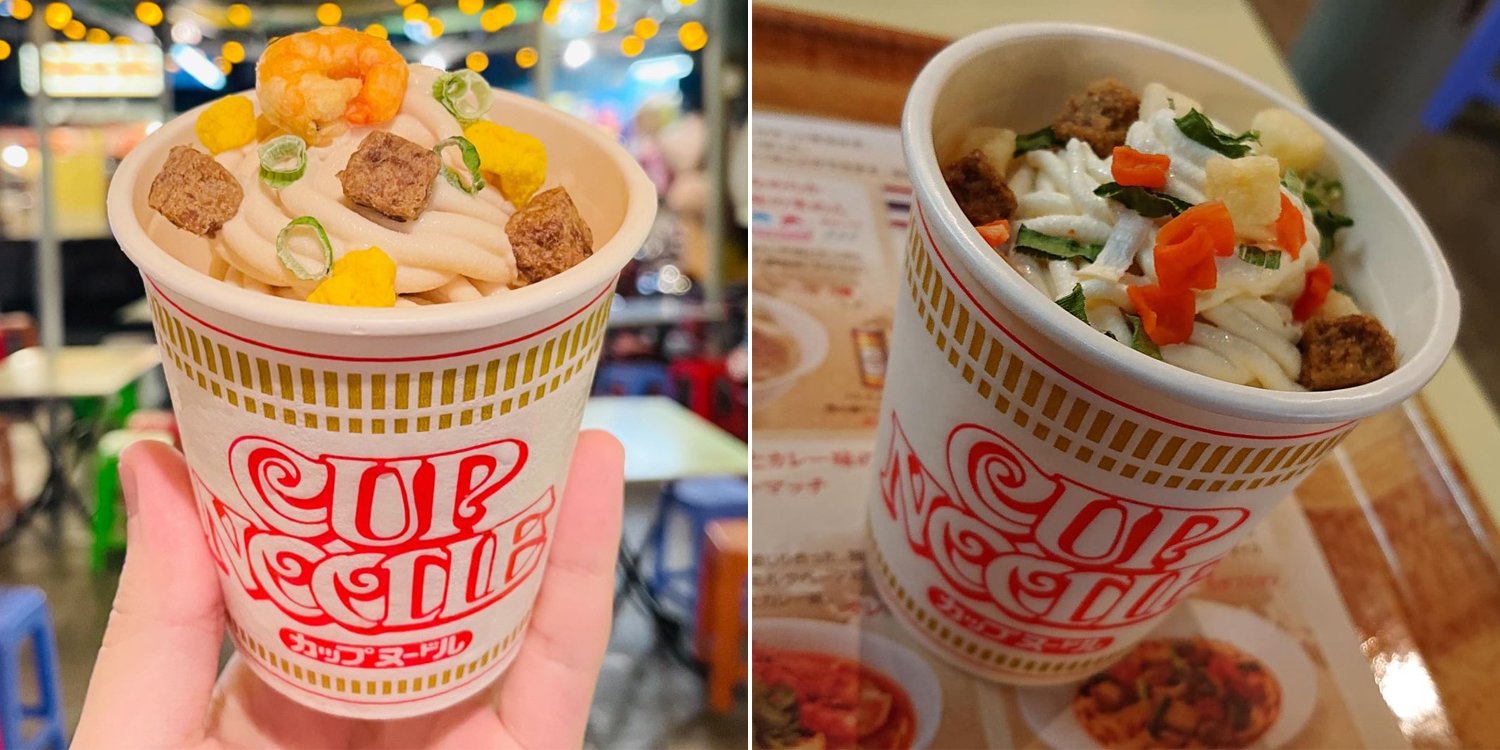 A piping hot bowl of ramen noodles is the ideal comfort food during cold weather. Yet, Nissin is challenging our expectations with a cooler version of this beloved snack.

On 3 Jul, Nissin Japan shared their cup noodle soft serve ice cream which fooled noodle-loving foodies. Like the real thing, the dessert is topped with mystery meat and shrimp. Just when you think you’ve tried every instant noodle flavour, it seems there’s always a new version for your wishlist.

Nissin Japan has launched a cup noodle ice cream made for our hot and humid Singapore weather. 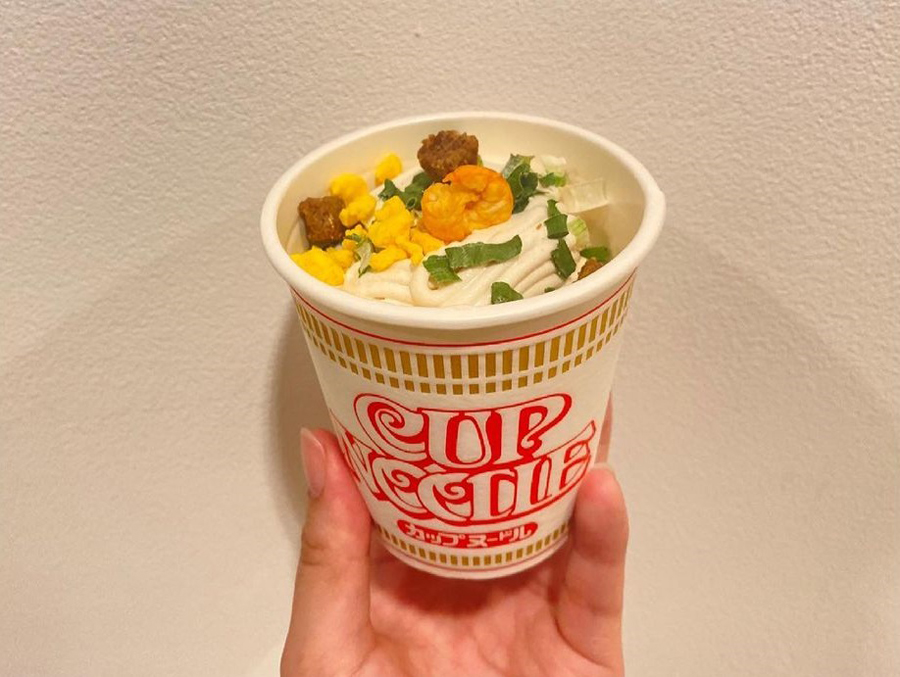 Like real instant noodles, the dish is sprinkled with bits of mystery meat, egg, green onions, and shrimp. Notice that the toppings have retained their seemingly crunchy and dried texture, similar to their appearance inside the packet. 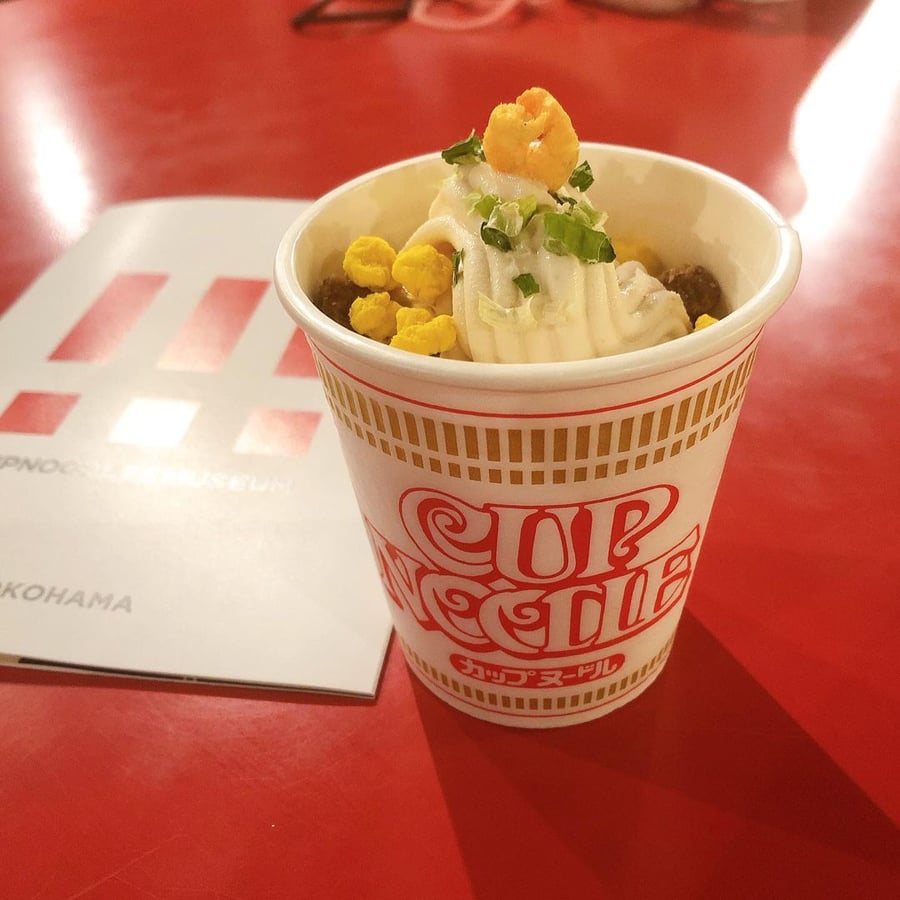 If you’ve always wanted to try melt-in-your-mouth noodles, then this dessert fits the bill. 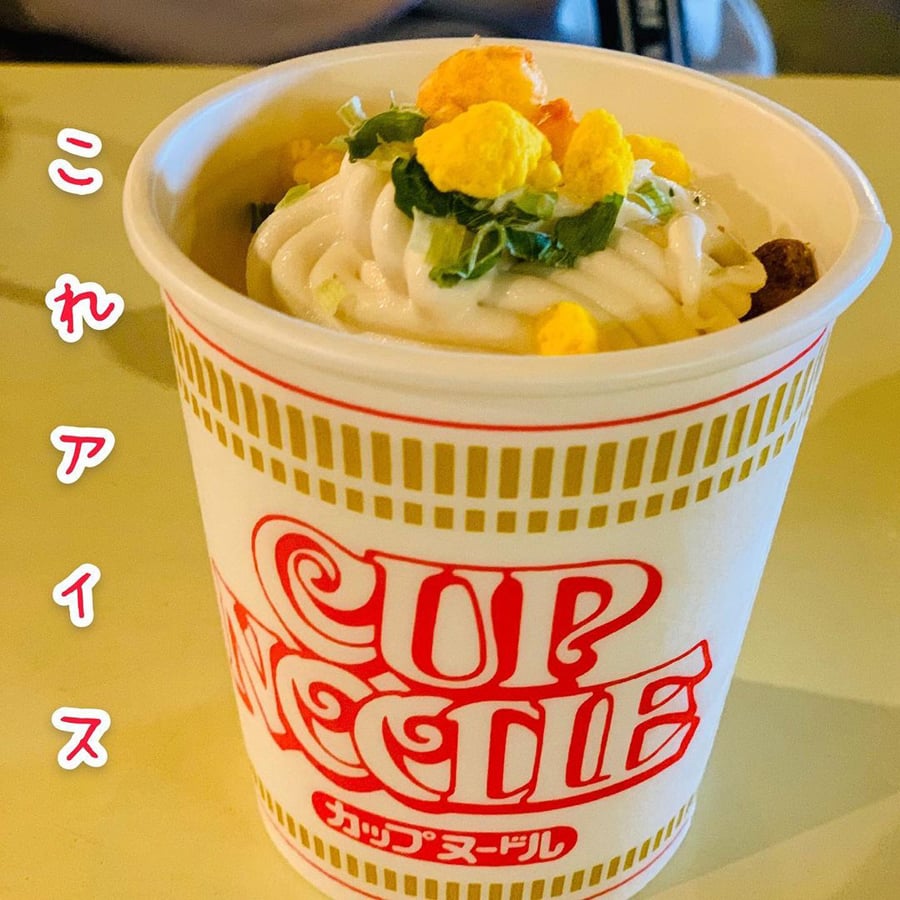 Maybe after your first scoop, your tastebuds will be confused due to the appearance and flavour mismatch. 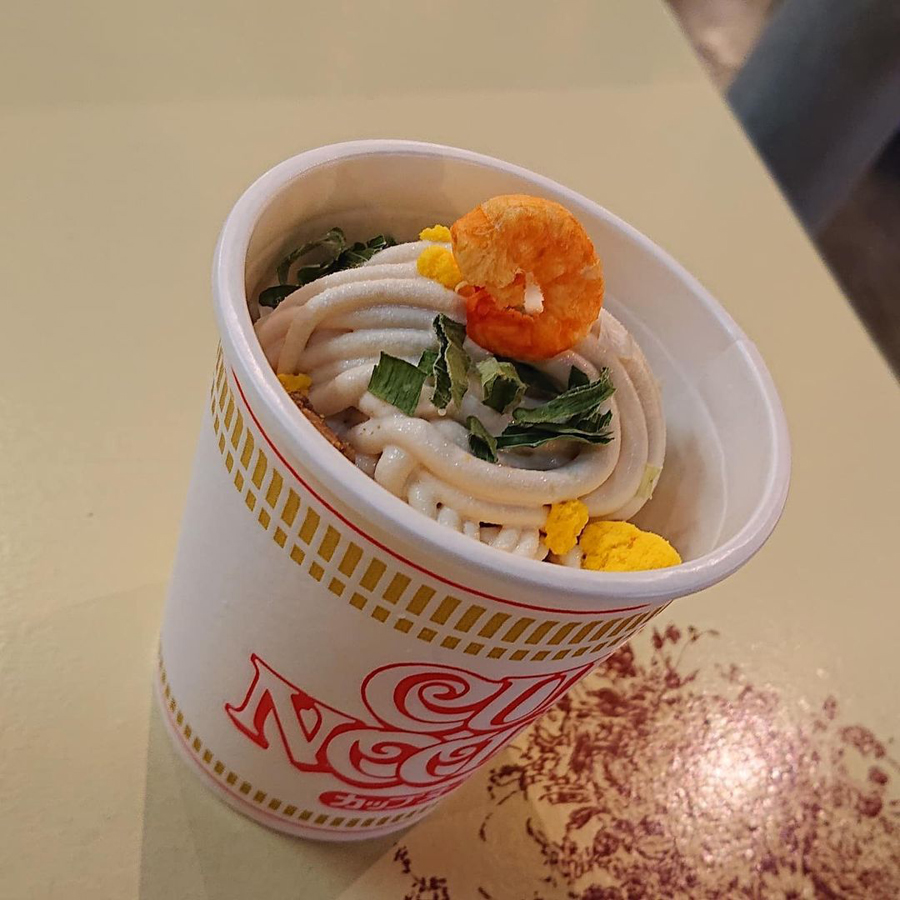 Has curry and soy sauce flavours

According to the Cup Noodles Museum website, the soft-serve ice cream comes in 2 flavours. 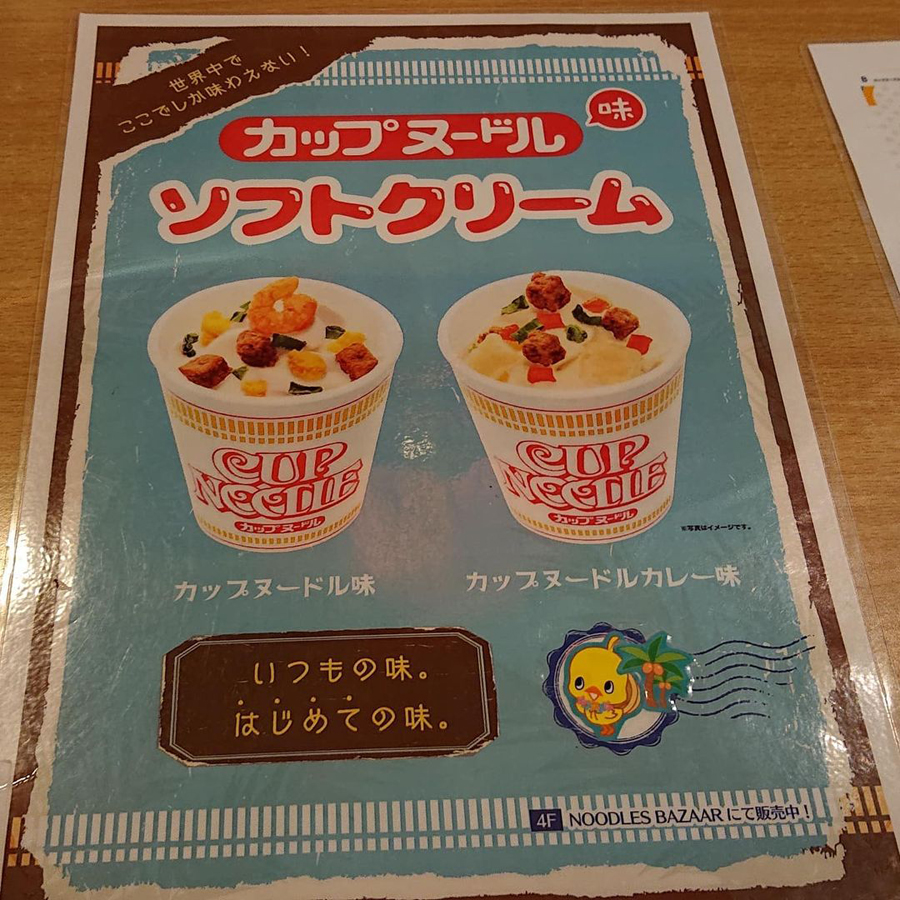 The soy sauce-flavoured soft serve is inspired by the taste and balance from a bowl of instant ramen. Instead of a cherry on top, a miniature shrimp takes its place. Meanwhile, the curry-flavoured soft serve ice cream mimics the taste of a hearty bowl of curry ramen, which Singaporeans will surely be familiar with. 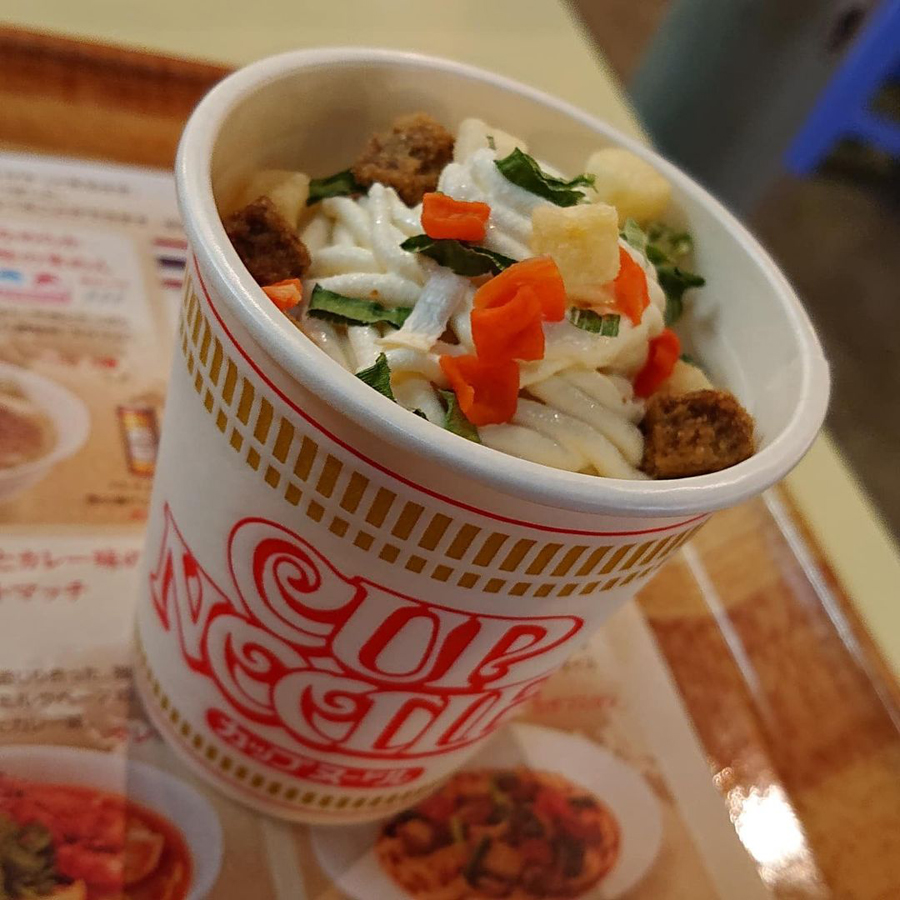 Hoping this cup noodle dessert ends up in Singapore

Unfortunately, these decadent treats are exclusively available at the Yokohama Cup Noodles Museum in Japan, according to Sora News.

Intrigued foodies can probably combine vanilla ice cream with noodle toppings to get an idea of how it tastes. In the meantime, we’re adding this to our Japan bucket list for when travel resumes.

Do you know fellow ramen fanatics who would love to try this treat? Tag them in the comments to share the news.