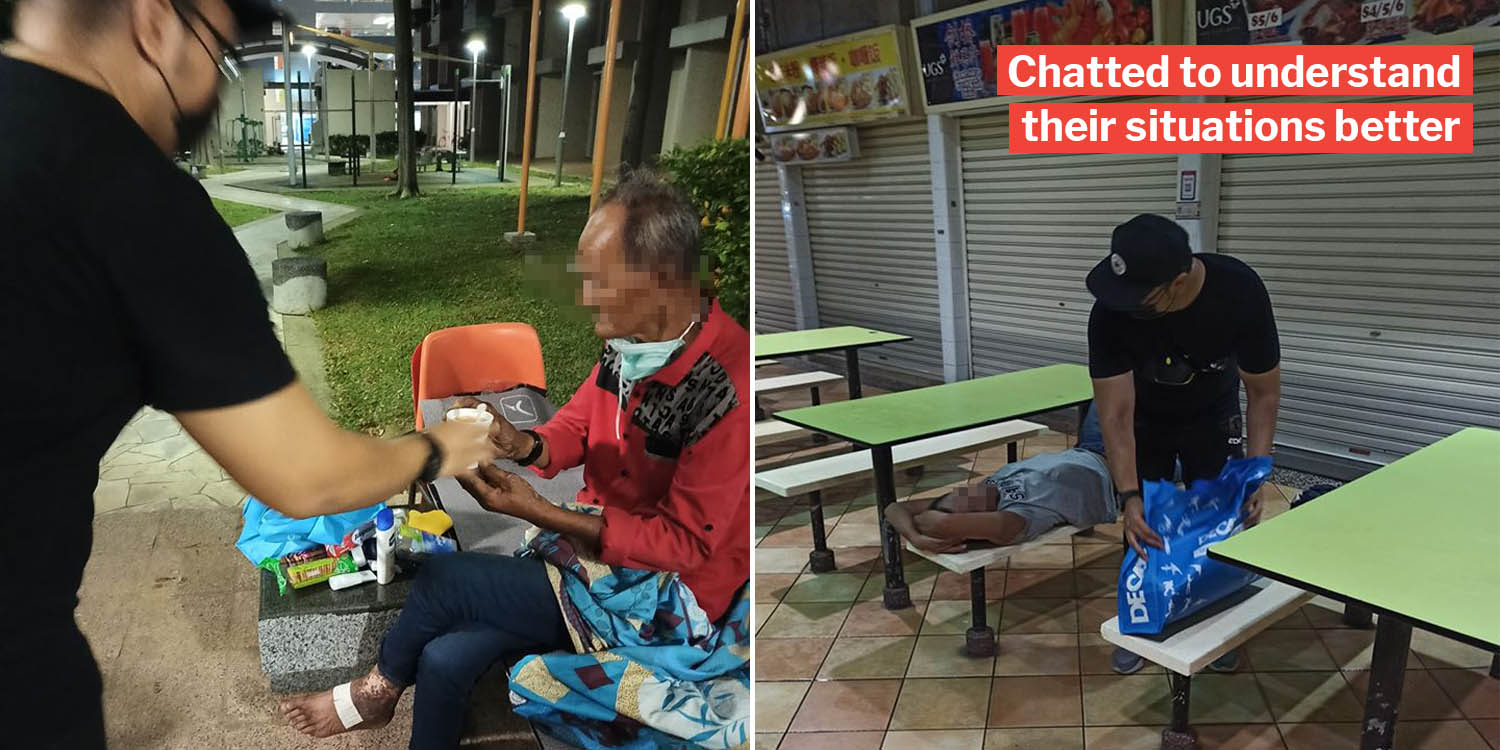 Volunteers Distribute Necessities To Homeless In Singapore & Chat With Them

Being kind can be difficult, especially when tensions are high amidst Covid-19 fears.

Still, some individuals have been reminding others to be a little more understanding and compassionate now, especially during this difficult period.

Many are doing this via community outreach, just like this netizen who took to Facebook to share his initiative, urging others to engage in similar good deeds.

In his post, the netizen shared how a team of 5 volunteers distributed goodie bags containing necessities like blankets, toiletries, face masks and food to homeless people on Saturday (21 Mar) night. 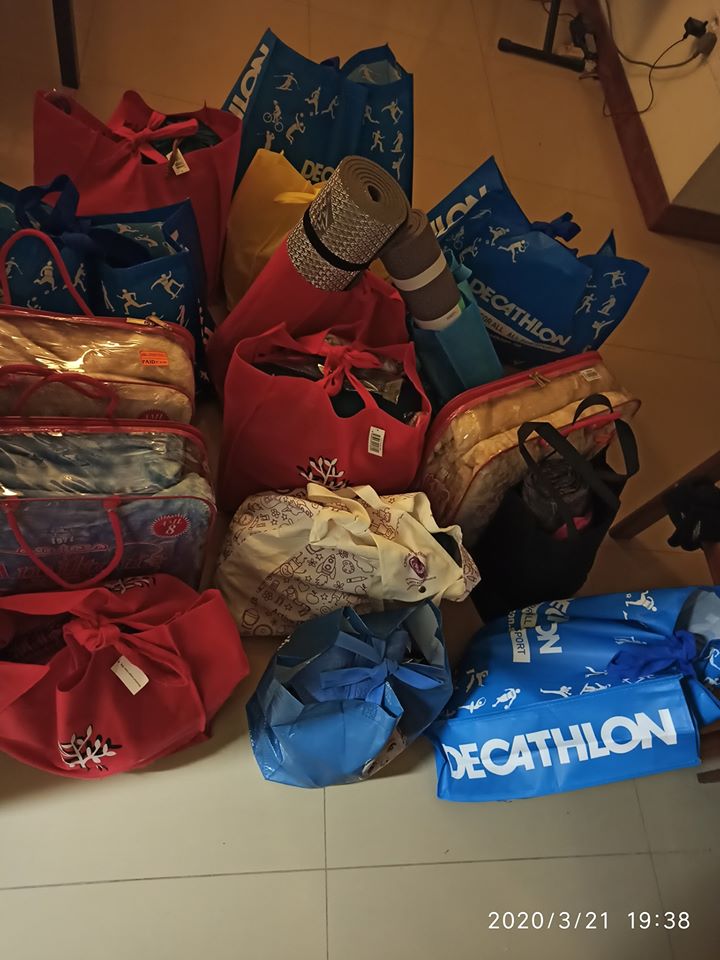 They distributed the necessities to 17 homeless persons, all of whom live around the central area of Singapore. 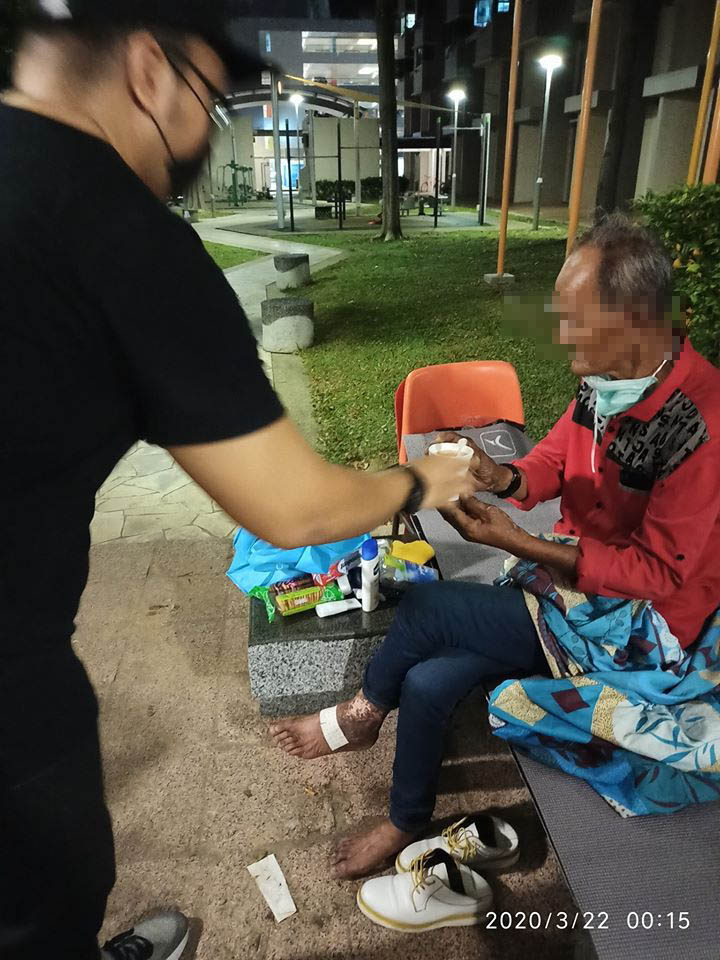 Apparently, this is a regular activity for the volunteers. They encountered some “familiar faces” as they distributed the supplies, and wrote that they were glad to see them around.

Chatted with the recipients

In the Facebook post, the netizen detailed how the volunteers made it a point to engage the homeless people in conversation. 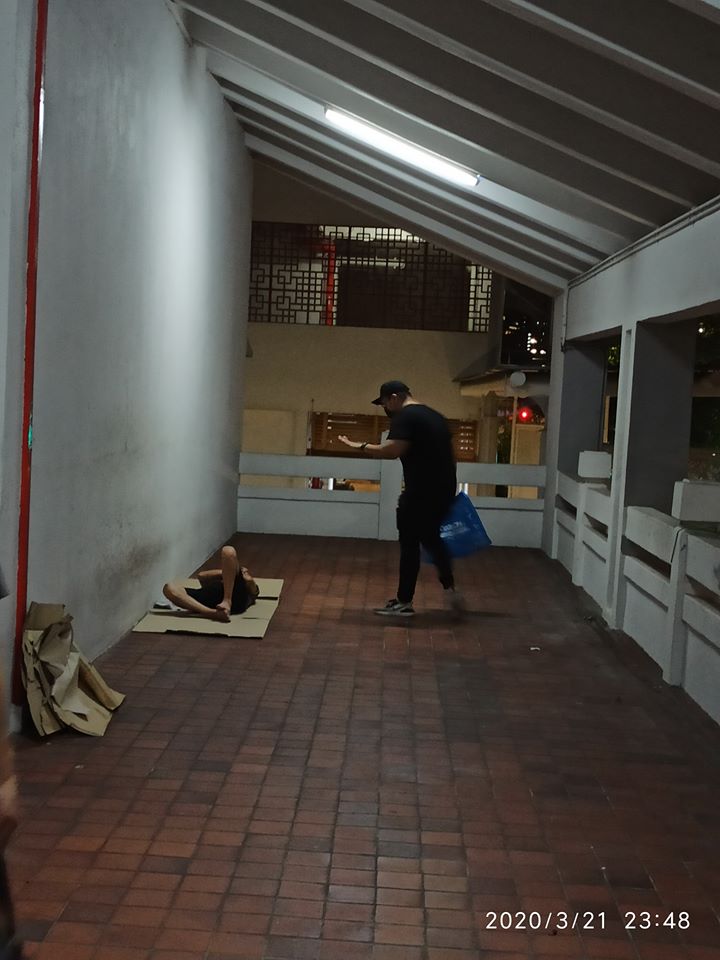 In this way, they were not only giving them essential supplies they might need, but a sense of camaraderie and community as well.

According to the netizen:

Many of course crave for the items inside but most of all they long for a human touch and a kind voice which help them tide through their difficult period.

It seems like forming a connection via something as simple as a short chat makes a world of a difference to the beneficiaries of this project.

Homeless shared details of their difficulties

During the chats, the homeless people also related some of the challenges they faced due to their situations. 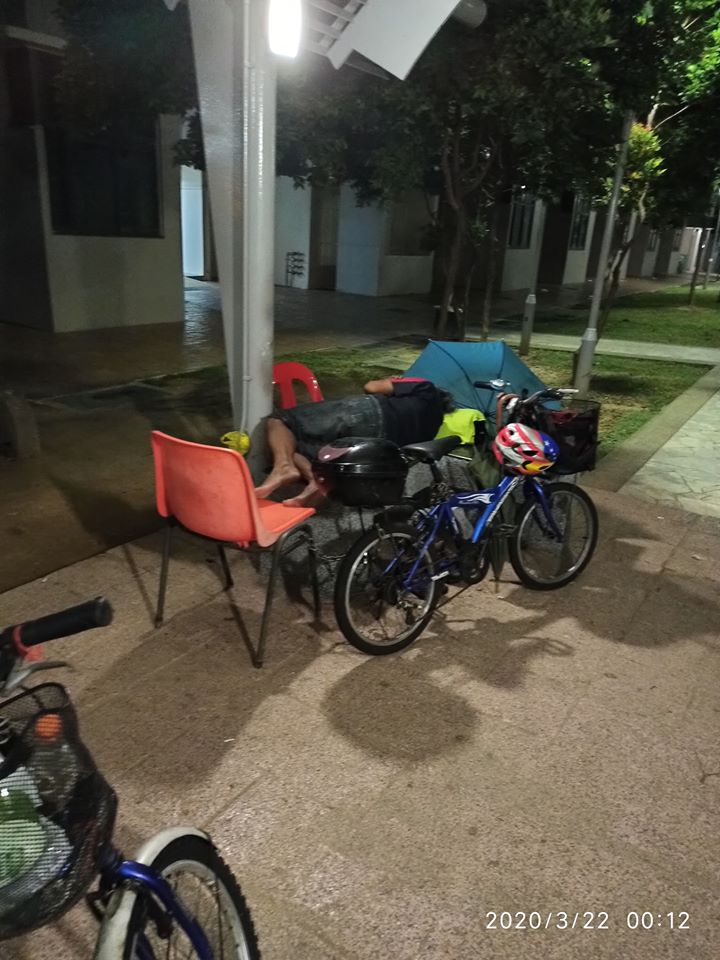 One of them had allegedly been “kicked out of a shelter for returning late”, and resorted to sleeping outside.

He apparently showers at a “neighbourhood area” and has his meals at an Indian temple. 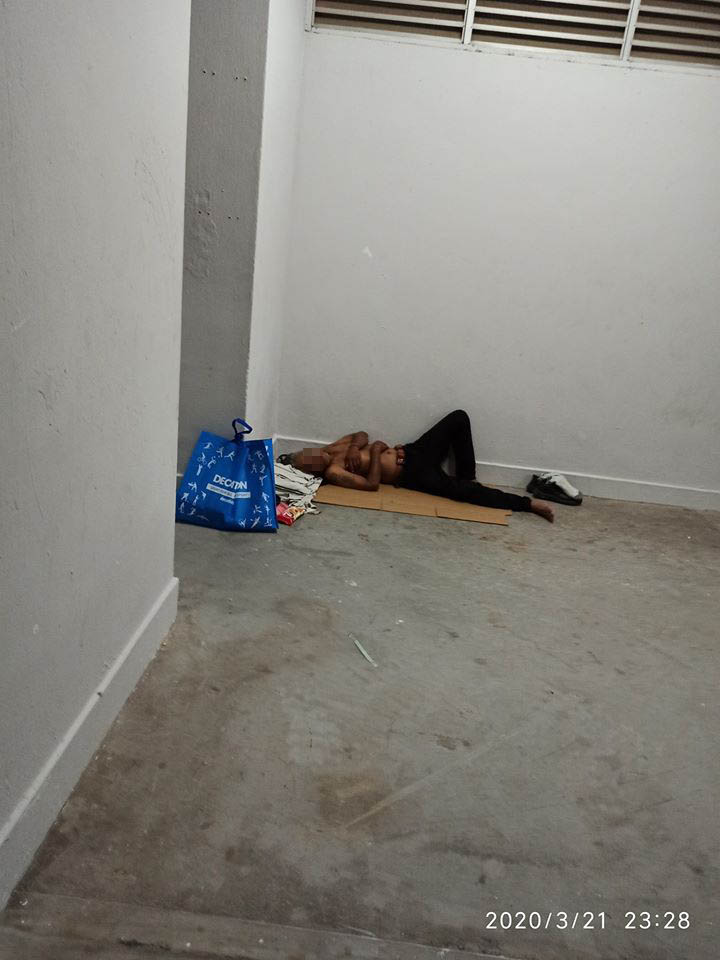 Another homeless person — whom according to the netizen, was 80 years old — sleeps on plastic chairs from a coffee shop.

Debate over homeless in Singapore

According to the post, the netizen claimed that there is a “current debate” as to whether Singaporeans should open their homes to the homeless here, since some have been willing to do so for the Malaysians affected by their country’s lockdown. He felt that housing a homeless Singaporean would be different from doing the same for a displaced Malaysian:

Housing a Singaporean homeless is likely to be a more permanent fixture and no one likes to be saddled with a stranger who is at home most of the time. It will take a lot to house a homeless local who may even be more comfortable living in the rough due to the carefree environment that he is used to. Many of our homeless folks probably have been to a shelter as well and decided to return to the outdoor elements.

As for living in a homeless shelther, he mentioned that the “rules to adhere to” and “loss of personal space and freedom” deter some homeless folks, as they felt like “it is no different from living in a prison environment”.

Urging others to do good despite the difficulties that may follow

The netizen concluded the post by encouraging others to do more good with “small gestures of kindness”, even though it may be difficult.

He applauded the housing of Malaysian workers as an example of a small good deed that would cause “endless ripples of goodwill” and inspire society to be kinder.

Now, more than ever, we should be a little kinder, and make life a little less difficult one another regardless of background, especially those that are hit hard by the effects of Covid-19.