Woman Shows Off Dress Made Of 4D Tickets, Hailed As Miss Singapore Pools Woman Shows Off Dress Made Of S$20,000 Worth Of 4D Tickets On TikTok

Singapore is home to some avid punters who dream of winning big and becoming millionaires overnight.

But after disappointing attempts, most would simply rip up their TOTO or 4D tickets in hopes of better luck in the future.

Not one woman though — she decided to get creative with her lottery tickets and use them to make a dress, which she happily showed off on TikTok.

Netizens were amazed at her creation, hailing her as the “Queen of 4D” and “Miss Singapore Pools”.

On Monday (28 Mar), the woman shared several TikTok videos of her in a ball gown with a ruffled skirt. 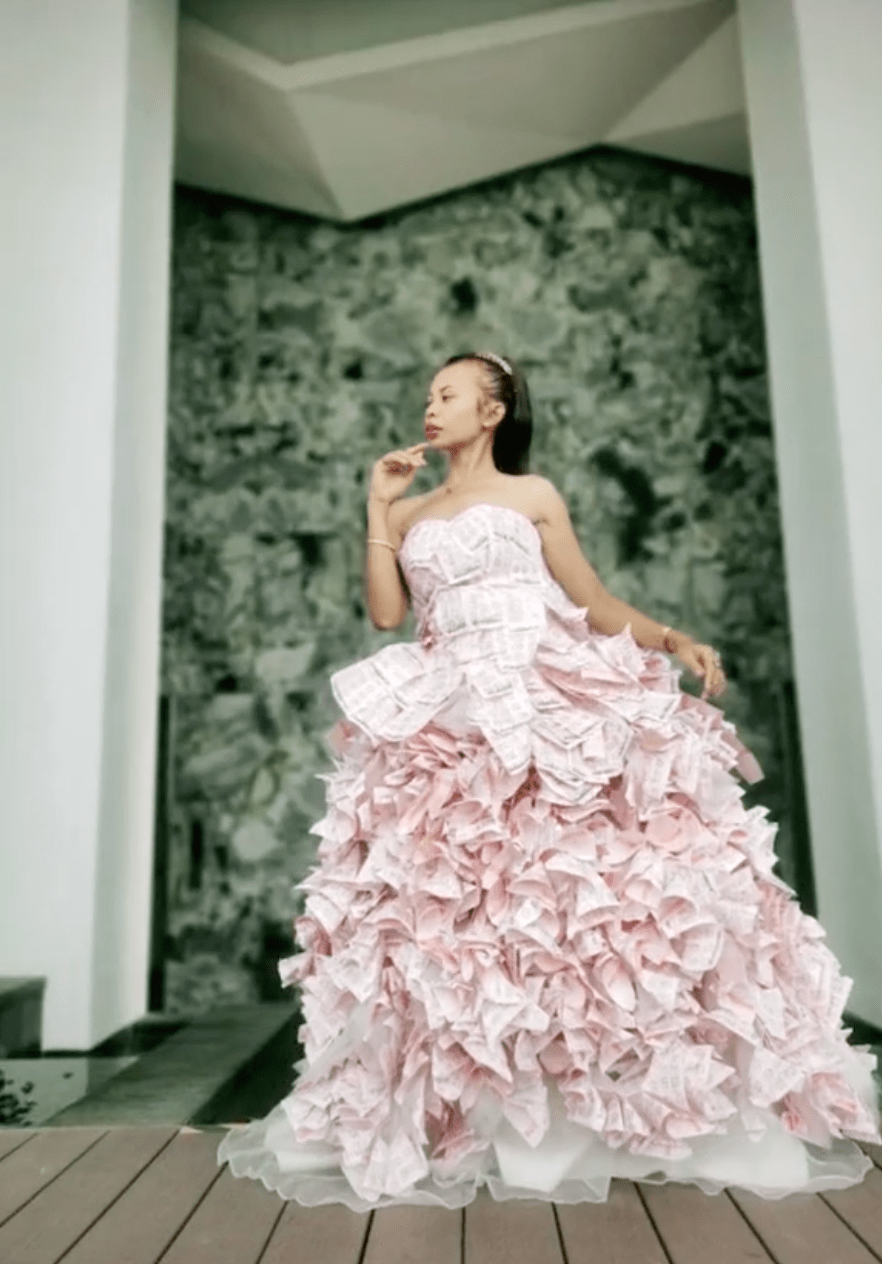 However, a closer look reveals that the dress is actually made entirely out of Singapore Pools 4D tickets. Each ticket shows bets placed on multiple 4D numbers. 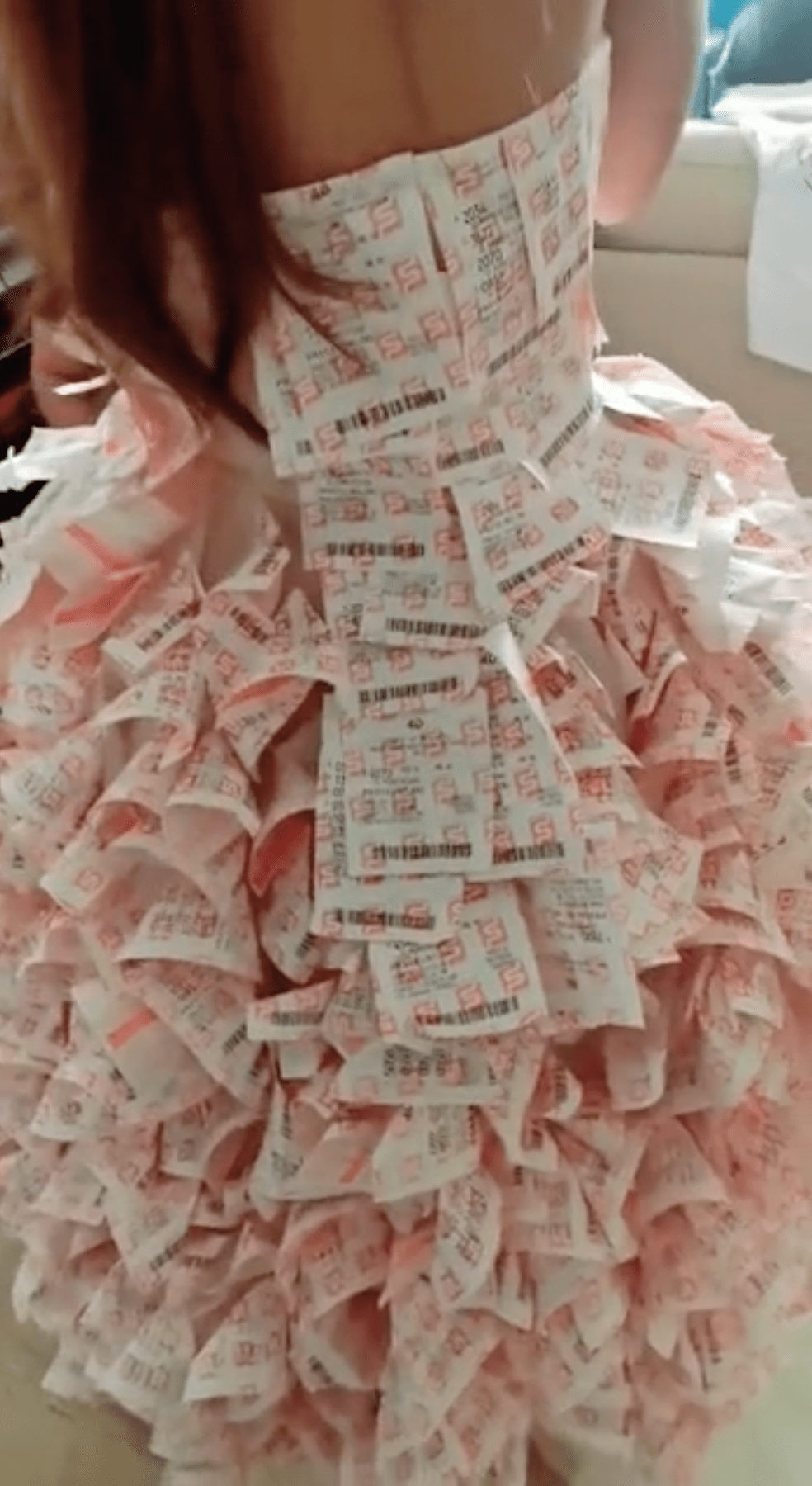 Proud of her creation, the woman showed off the dress in a photoshoot as well as a series of videos.

In one video, she even twirled around, showing how the “ruffles” flow nicely in the wind.

The woman captioned the video, “aku sugeh”, which translates to “I’m rich”.

As if to prove her point, she still had plenty of 4D tickets to toss in the air, posing happily as they fluttered down around her.

In another video, the woman revealed how the frock was made. The clip shows someone painstakingly attaching each 4D ticket to a white dress.

One by one, the hundreds of tickets started to breathe life into the pastel pink and white gown. 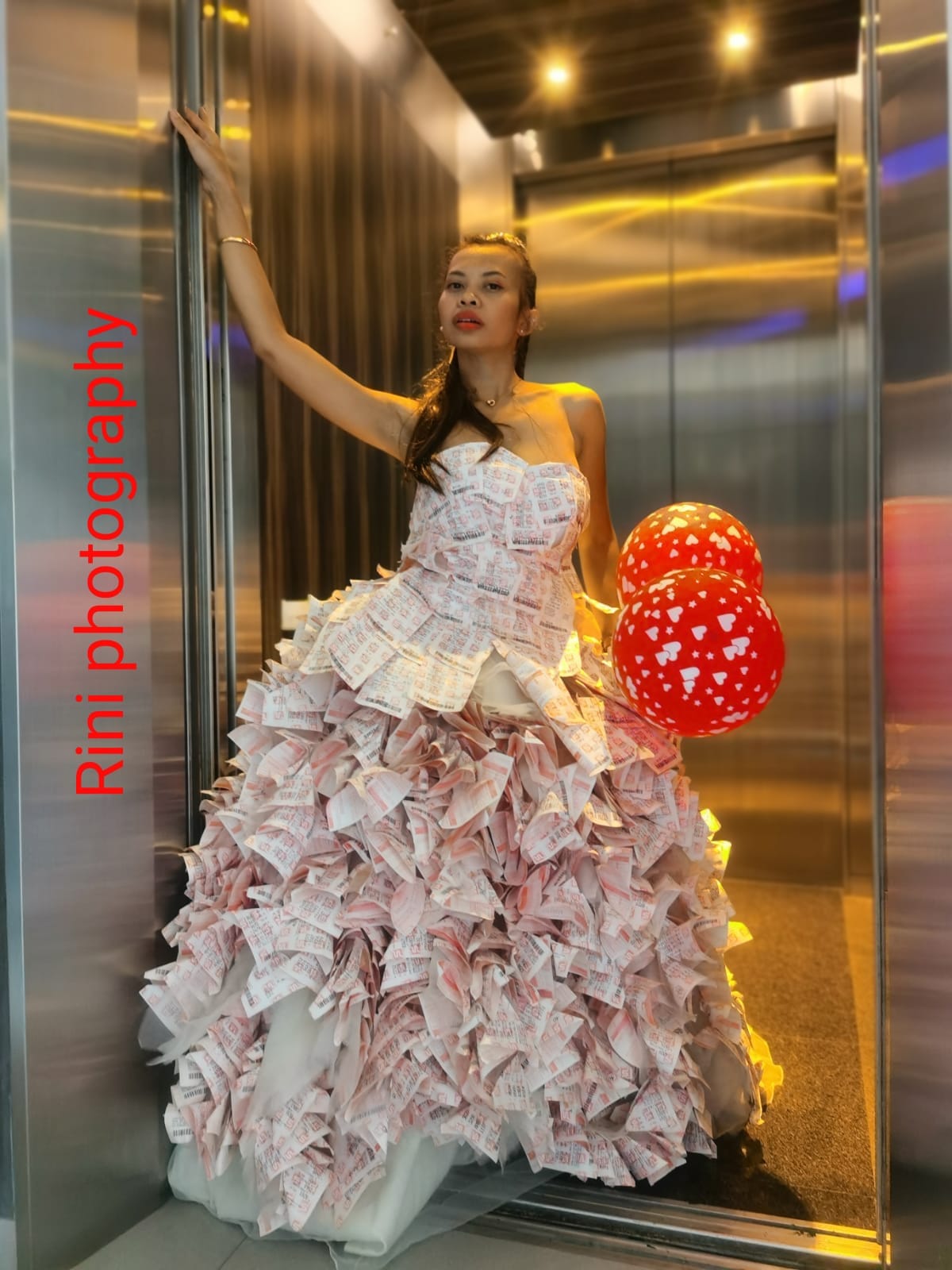 A woman claiming to be her friend later shared about the dress on Facebook.

She revealed that the 4D tickets on the dress amount to nearly S$20,000 worth of bets placed.

Netizens hail her as “Queen of 4D”

Netizens were impressed with the woman’s creativity and some hailed her as the “Queen of 4D”.

Others joked that she could be “Miss Singapore Pools” with the number of bets she has placed.

One user also said that this is the “most expensive dress” she has ever seen.

Gamble responsibly within your means

If all the tickets belong to the woman, we certainly admire her for her perseverance in placing 4D bets in hopes of winning, as well as her creativity in making this dress.

Judging by the number of tickets collated and their value, she definitely contributed to Singapore Pools with her hundreds of ‘donations’.

Jokes aside, do gamble responsibly and within your means. After all, we can’t all be Miss – or Mister – Singapore Pools.

Featured images adapted from Payjah Royal Jelly on Facebook and @lambeturahtkw on TikTok.