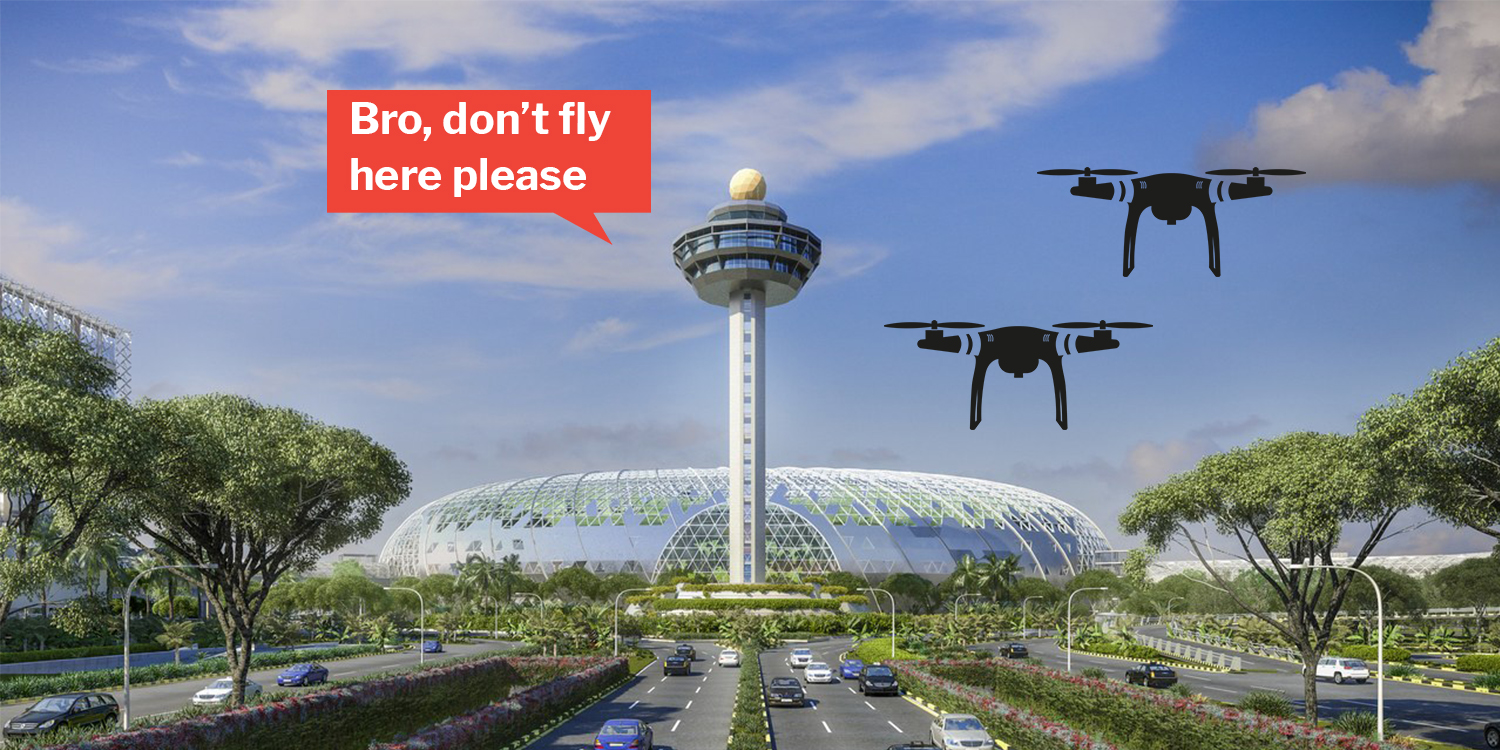 Drones are good for nice aerial photos. However, they also cause many inconveniences.

The Civil Aviation Authority of Singapore (CAAS) released a statement yesterday (19 Jun) about the delays of flights due to drone-flying near Changi Airport. 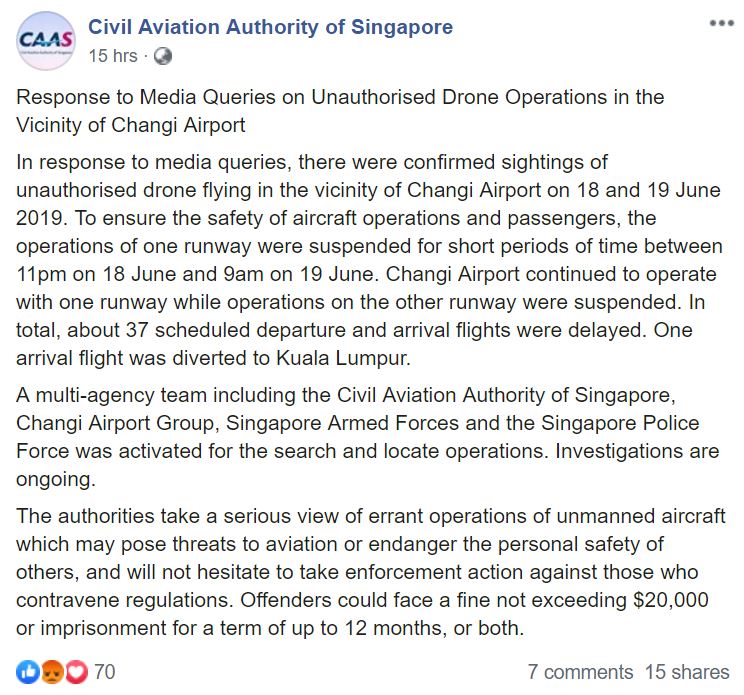 Drones flying around Changi Airport were spotted on Tuesday (18 Jun).

This caused 1, out of 2 available runways, to be suspended for a “short period of time” from 11pm on Tuesday to 9am the next day. Due to the suspension, 37 flights were delayed.

However, this wasn’t the worst part. One plane, headed for Singapore, had to land in Kuala Lumpur instead.

Imagine if you were on a flight returning home to Singapore only to land in Malaysia just because of one leisure drone.

Based on TODAY Online’s report, CAAS couldn’t disclose how many drones were flying in the area or who were using them.

However, they mentioned that a team comprising members from Changi Airport Group, Singapore Police Force, and Singapore Armed Forces, is looking into the matter.

As of Thursday (20 Jun), investigations are still ongoing.

The authorities are taking a serious stand against any perpetrators.

If found guilty of flying a drone within 5km of airports or military bases, you could be fined up to $20,000 or jailed up to 12 months, or both.

Drones are a great tool to take your Instagram-worthy aerial shots, but please use them only in permitted spaces. If your drone ends up causing a plane to crash-land, you’ll be in for it big time.