Be aware of your surroundings.

Many of us may have seen drones in operation before.

While drones can be seen regularly in open areas, they are not very commonly seen around residential areas.

However, one lady named Ms Yeo allegedly spotted a drone flying outside her Pasir Ris HDB toilet while she was showering.

She took to Facebook detailing the events that day and took the chance to raise awareness of similar incidents. 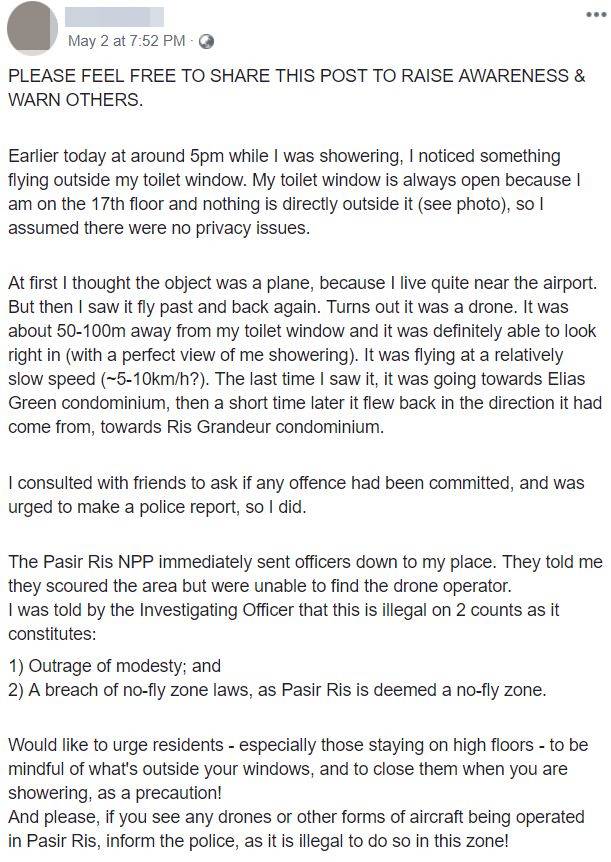 A drone allegedly flew outside the toilet when she was bathing

On Thursday (2 May) evening, Ms Yeo was showering in the bathroom when she allegedly saw a mysterious object hovering outside her toilet window.

Ms Yeo resides on the 17th floor with no buildings directly opposite her. Hence, she usually keeps her toilet window open as she assumed that her privacy wouldn’t be infringed on. 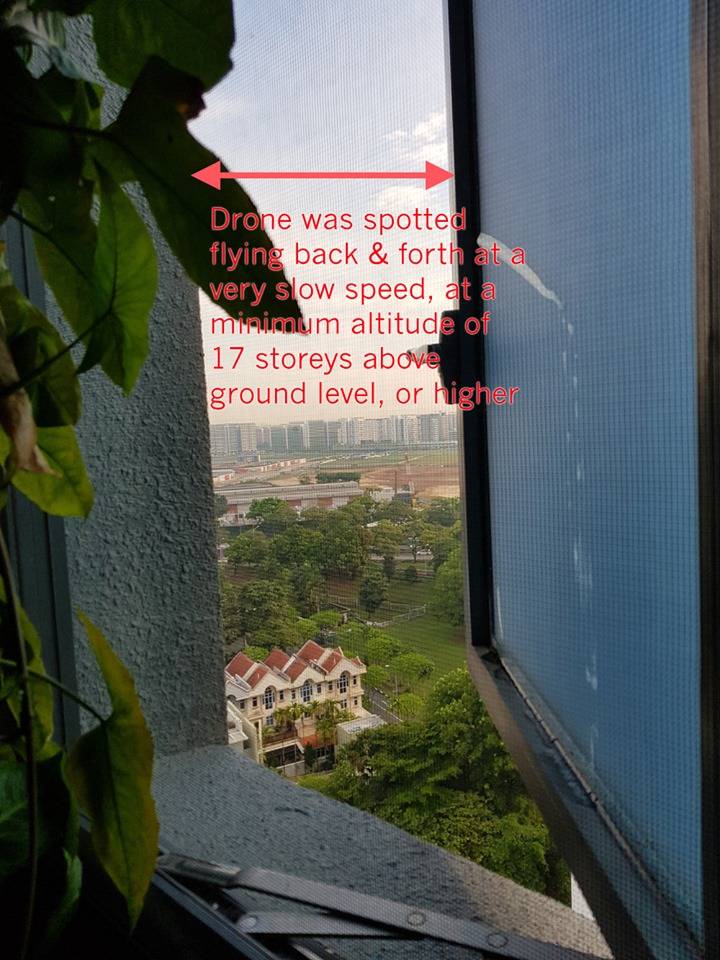 Initially, she thought that the object was a plane from the nearby airport.

However, it flew past her window again a short while later, and that’s when she realised that it was a drone.

According to her, the drone was “flying back and forth at a very slow speed”, just 50-100m away from her toilet window, and was able to get a perfect view of her bathing.

She later saw the drone flying towards the Elias Green condominium, after which it went back in the direction it came from.

Presumably afraid of being inappropriately filmed, she lodged a police report after consulting her friends.

Officers from the Pasir Ris Neighbourhood Police Post swiftly searched the area but wasn’t able to detect the drone operator.

The Investigating Officer confirmed her suspicions of illegal activity, saying that the act constituted not only an outrage of modesty, but also a breach of no-fly zone laws.

According to the Police, Pasir Ris is a no-fly zone as drones are not allowed to operate within 5km of an airport.

Seeks to warn others

Ms Yeo now seeks to warn others, especially residents living on high storeys in the vicinity, to be aware of suspicious objects outside their windows.

Residents who notice any drones or similar devices in the area are advised to inform the police ASAP.

While the police have yet to ascertain what exactly happened in the incident, we can all be more vigilant about our surroundings while we’re at home.