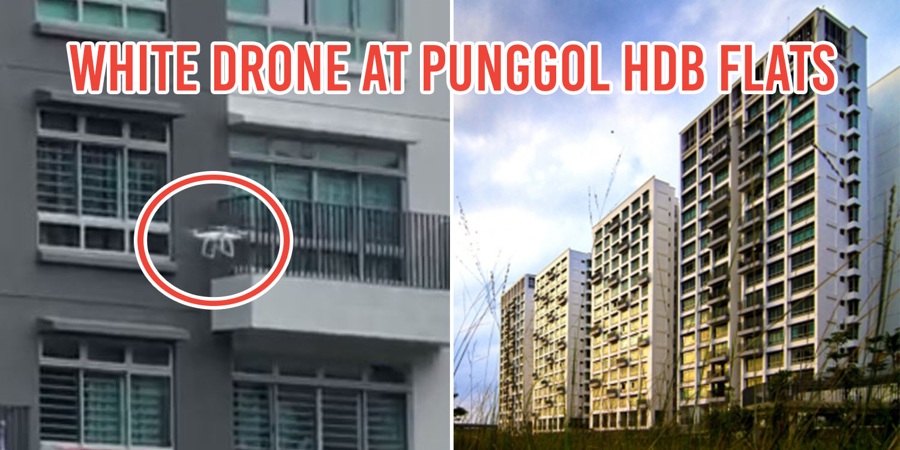 A video depicting a white drone flying dangerously close to the windows of a HDB estate in Punggol, drew the ire of netizens on Sunday (23 Sep). The 53-second long clip was sent in to All Singapore Stuff by a netizen named Alex Lee, and you can view it in full here.

We examine the video a little more closely below.

The video begins with a white drone appearing to hover closely to a residential unit’s windows on an upper floor of Treelodge at Punggol. A woman adds in Mandarin that she believes the camera could be “peeking into the house” and capturing illicit footage of people “changing their clothes” within the homes.

The drone continues flying towards the right to the next unit. And quickly moves along to the next block’s “toilet area”, as described by the woman who is filming the video. 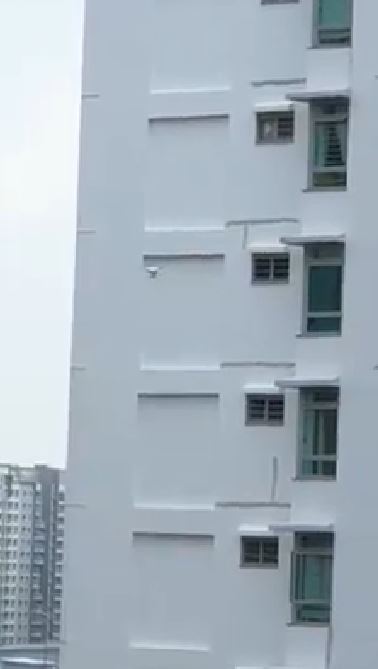 After hovering there for about 1o seconds, the drone flies away towards the rest of the estate. 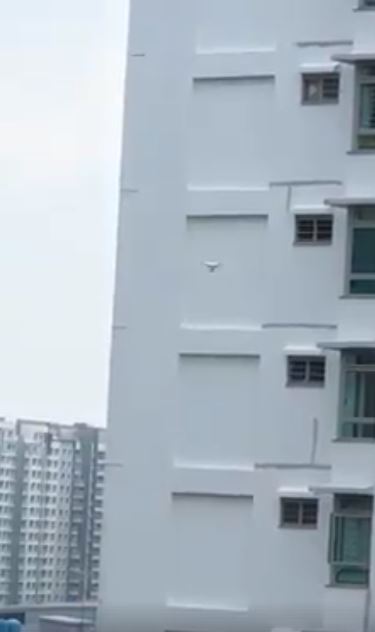 The drone does not appear to return to the vicinity of the person filming the video before the clip ends. No time stamp or information in the description box is included to give viewers an idea of when the incident happened.

However, two Singapore flags are spotted hanging outside the windows featured — this could give us an indication of when this video was filmed, somewhere between August and September.

The parties who filmed the footage added that they were unable to find out who was piloting the drone.

They requested for Member of Parliament Janil Puthucheary from Pasir Ris-Punggol GRC to look into the matter.

Concerned netizens also flooded the comments section with their theories.

From catching those who are “smoking at home” to the drone being the instrument for a “peeping tom”.

We decided to further examine more plausible theories they raised. Could this be the work of HDB’s new drone programme?

However, the programme’s duration and location don’t seem to tally with this incident. The kind of drone used was different as well, HDB’s drone was black while the model that appeared in Punggol was white. HDB would also inform residents about a drone trial beforehand, which raises more questions about this case’s legitimacy.

Was this a film project?

A quick search on Google and YouTube have turned up clips of drone footage from around Punggol estate, set to dramatic music.

There are also extremely strict laws governing flying drones near residential areas, so it’s unlikely that a civilian project would have gotten a permit approved.

Here’s a map of where drone flying is restricted in Singapore. The coloured areas are where drone flying is strictly prohibited, most of Punggol’s residential areas included.

What are your theories?

Do you think this was the work of an opportunistic voyeur, or a misunderstanding?

If you’re a resident of Treelodge at Punggol and you know what happened during this incident, do let us know in the comments below.

Featured image from All Singapore Stuff on Facebook and Backstage World Architecture.