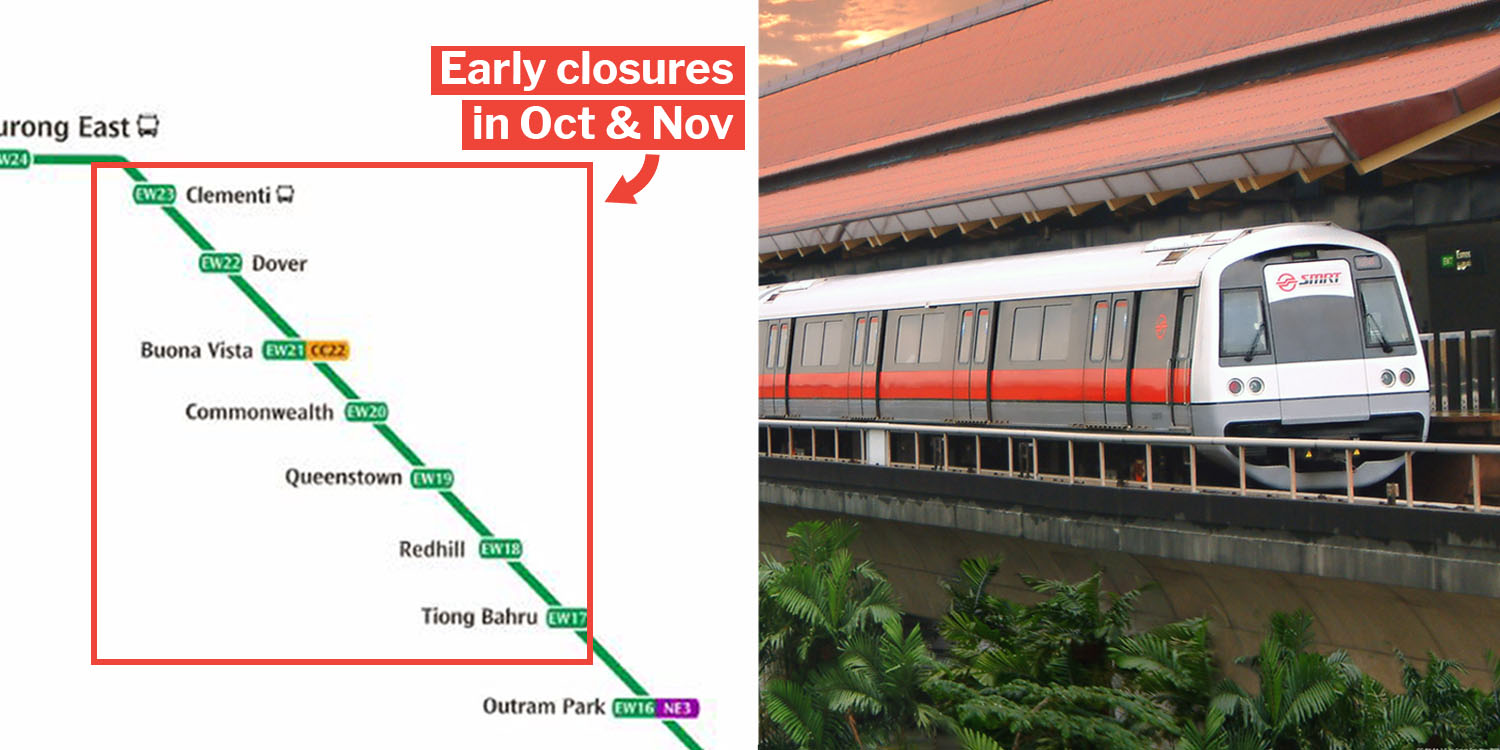 For night owls who commute on the East-West Line, or Green Line for short, you might want to pay attention to SMRT’s latest announcement on early closures for selected stations.

A total of 10 stations will be closed early to facilitate maintenance works and the renewal of power supply system along the Green Line for the next 3 months.

This will take effect on selected Fridays and Saturdays starting 11 Oct to 14 Dec.

According to an announcement on SMRT’s website, there will be early closure at 7 stations between Clementi and Tiong Bahru at about 11pm on Fridays and Saturdays in Oct & Nov. 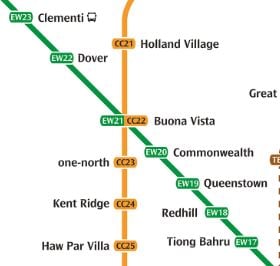 These stations will be closed on certain Fridays and Saturdays between 11 Oct-23 Nov:

These are the dates of early closure.

From 6 to 14 Dec, stations from Simei to Pasir Ris will also closed earlier at 11pm in Dec.

Below is the schedule for early closure on Fridays and Saturdays in Dec.

Alternative travel options will be available

If you are one of the affected commuters, look out for these available shuttle services.

Shuttle Bus Service 1 will be available for commuters travelling between Jurong East and Outram Park stations. This will be for the early closures in Oct and Nov.

Shuttle Bus Service 7 will be available for commuters who will be travelling between Tanah Merah and Pasir Ris stations.

Do note that those travelling between affected stations using the shuttle bus services will take more time than usual.

Plan your travels around early closures

SMRT will update commuters on any changes in train operation hours and alternative transport arrangements on the SMRT Train’s website and social media platforms.

You’re advised to check the departure times of trains at the affected MRT stations or through SMRT Train’s website and social platforms so you can better plan your journeys beforehand.