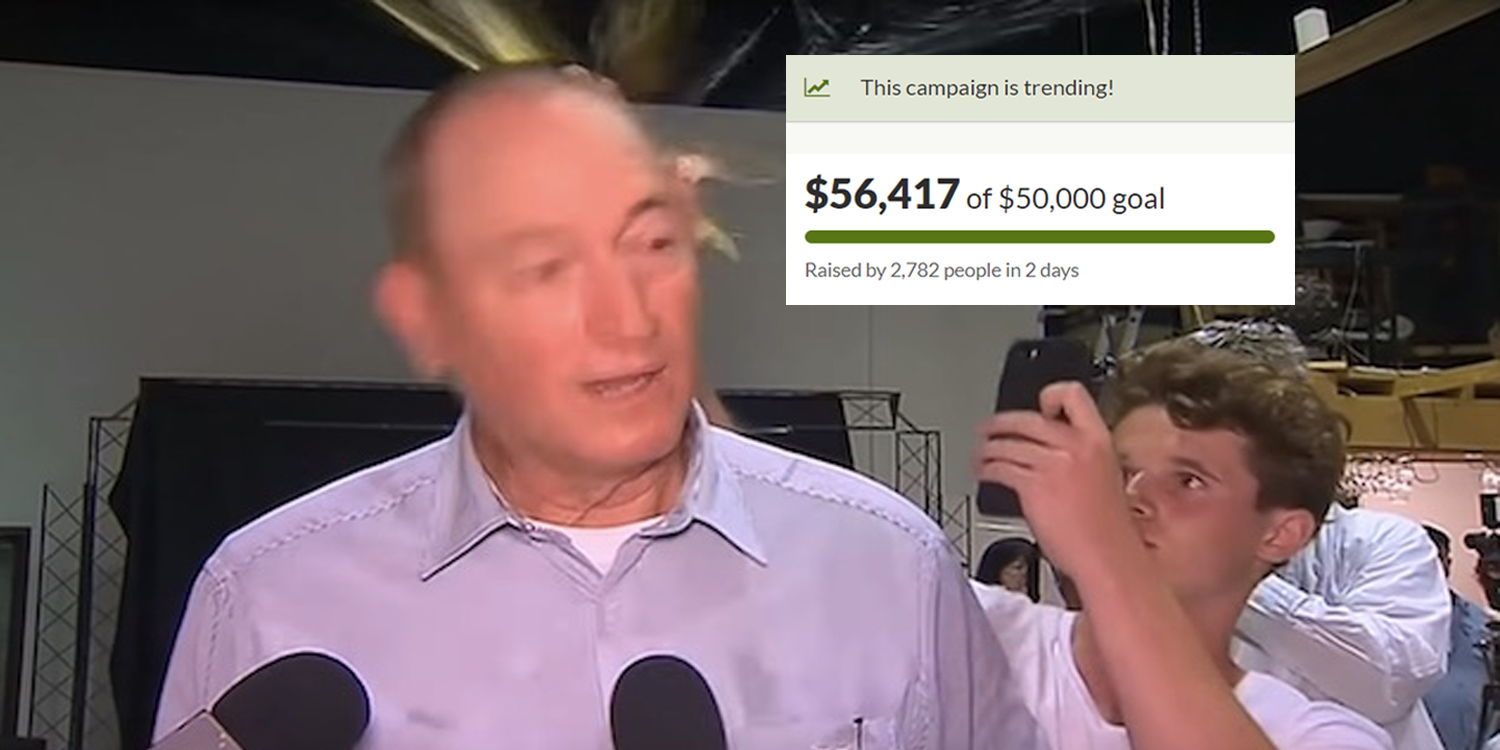 17-year-old Internet sensation William Connolly, or ‘Egg Boy’, will be donating every cent from his GoFundMe page to the victims of the Christchurch shootings.

Supporters had set up the page to fund the Australian teenager’s legal fees in case he was charged for smashing the egg on that politician’s head.

According to the description, the money was for “legal fees” and “more eggs”.

But since Mr Connolly was released without charge, and probably doesn’t need a decade’s worth of eggs, he’s going to give the money to an appropriate cause — the families of the victims.

On Saturday (16 Mar), the young New Zealander had smashed an egg over a politician’s head.

The politician in question, Fraser Anning, was at a right-wing rally blaming the Christchurch shooting on the immigration of “Muslim fanatics”.

Given his hateful comment and the Internet’s penchant for vigilantism, it was no surprise that young Connolly’s egg-smashing stunt propelled him to supernova status.

It also earned him the endearing nickname, ‘Egg Boy’, or the more meme-able ‘eggboi’.

A GoFundMe page wasn’t the only thing Mr Connolly received.

A Melbourne artist recently immortalised the egg-smashing move onto a wall in his city. In other domains of the Internet, Connolly’s egg-smashing was mashed into popular songs.

Finally, bands and festivals including Rolling Loud – one of the world’s largest hip-hop festival – offered the Egg Boy free tickets for life.

Standing up against haters

There is freedom of speech and then there is hate speech.

Mr Anning’s derision of the Muslim community will only instigate more hatred and possibly more violence.

The Internet being in full support of the egg-smashing shows us that at least most of the world knows the difference between harmless free speech and malicious hate speech.

Khaw Boon Wan Says He’s Not A ‘Media Man’, Will Help Newsroom Do Their Job But Not Interfere