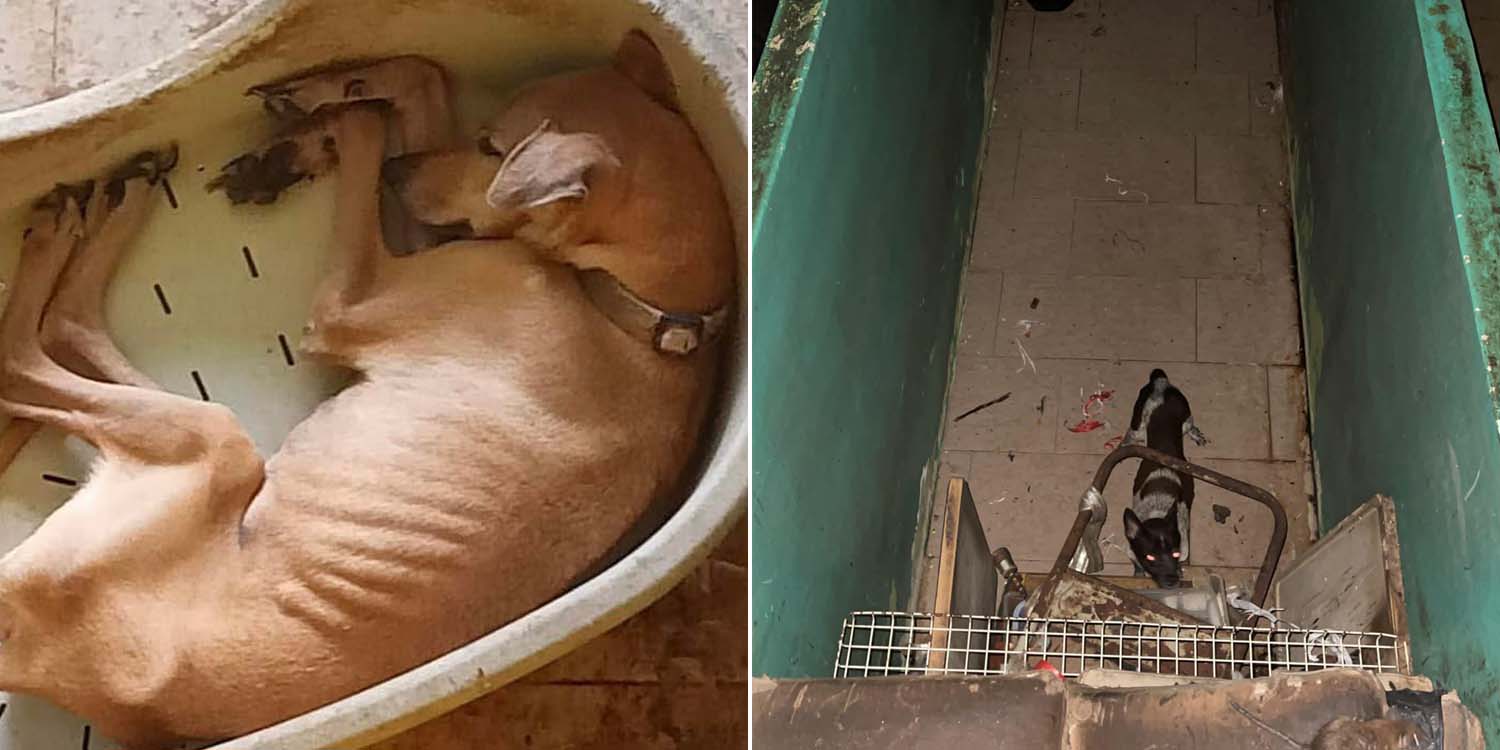 The dogs were apparently injured, sick, and stressed.

UPDATE (15 Jan, 10.45am): CDAS shared that NParks, an animal shelter, welfare group, and some volunteers have rescued the dogs from the Lim Chu Kang kennel.

They are presently receiving medical attention. CDAS will provide more updates in time to come.

Cases of animal abuse or neglect may be hiding in our midst. When suspicions arise, concerned Singaporeans often do some investigative work to find out the truth. A feedback provider and CDAS volunteers apparently discovered the dogs after hearing excessive barking, which prompted them to scale a high wall to find out what was happening at the kennel.

The incident has been reported to NParks

In a Facebook post on Wednesday (12 Jan), CDAS shared about suspicious kennels they discovered in Lim Chu Kang. 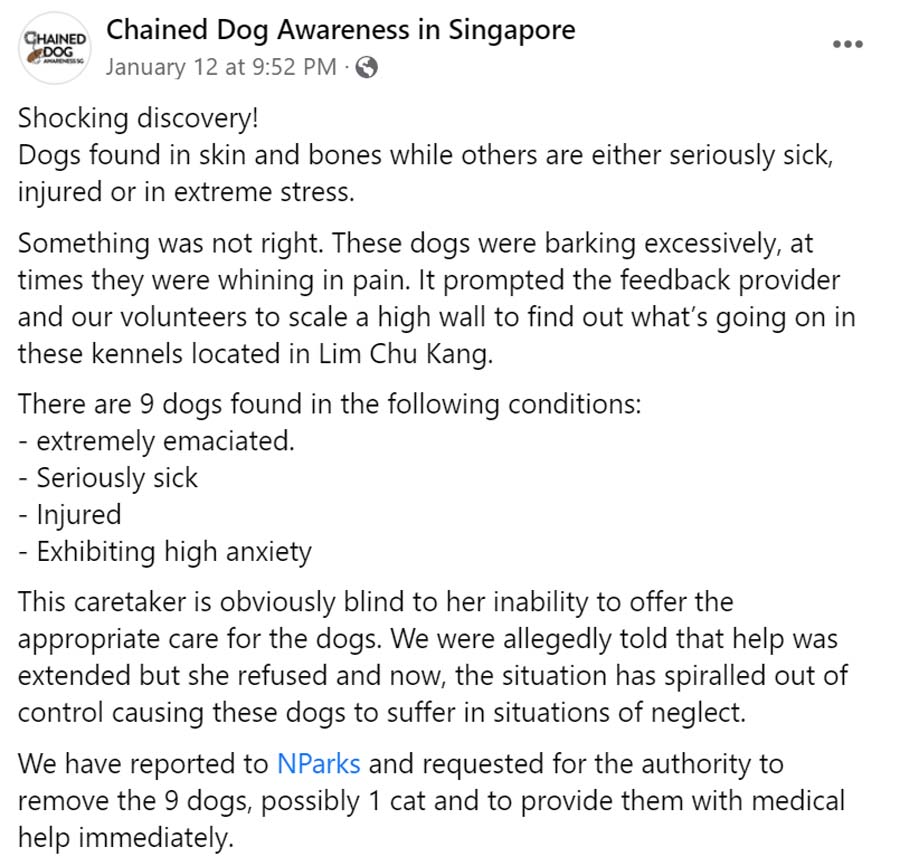 Apparently, the feedback provider and CDAS volunteers heard the dogs barking excessively and “whining in pain’. This prompted them to scale a high wall to find out what exactly was going on.

To their horror, they were greeted by 9 extremely emaciated dogs. 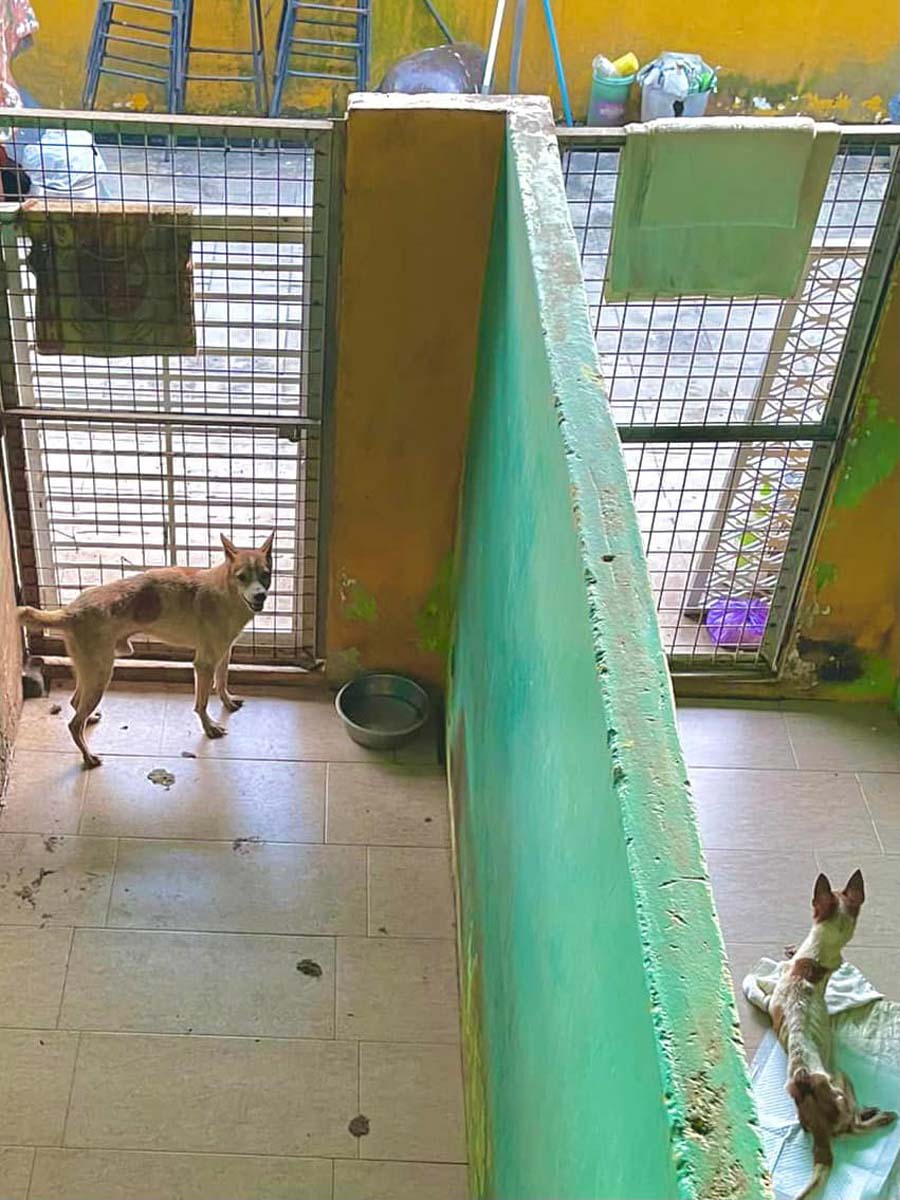 The dogs were apparently either injured, sick, or exhibited signs of anxiety and stress.

Inside the kennels, they found faeces and dirt which was not ideal for the animals living inside. 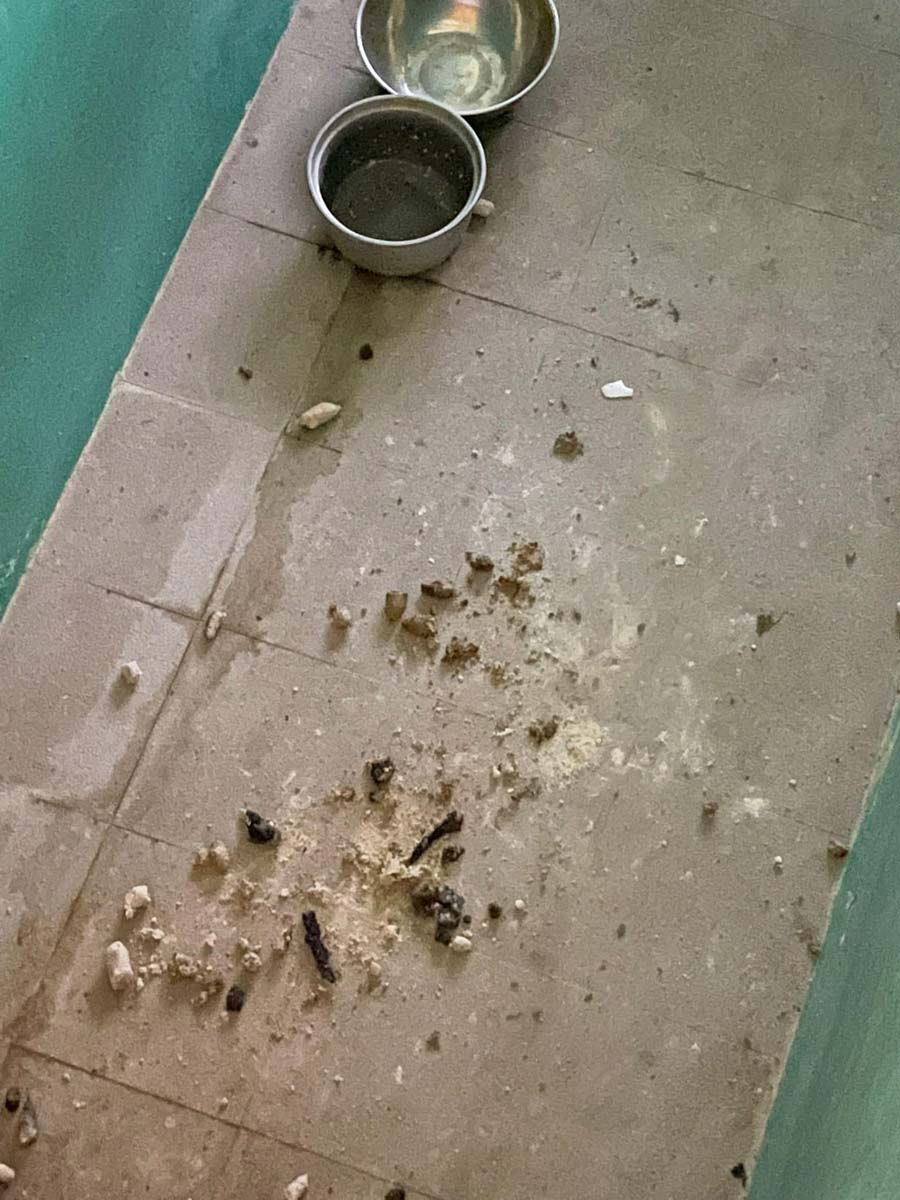 This poor doggo was so thin and underfed that the outline of its ribs and bones could be clearly seen. 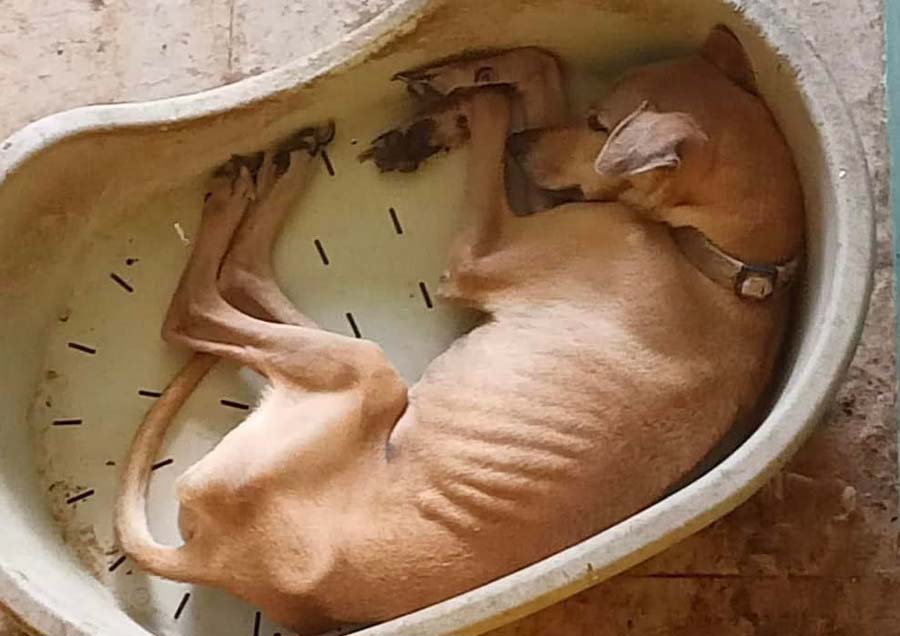 The other animals also show signs of malnourishment while confined in isolated spaces. 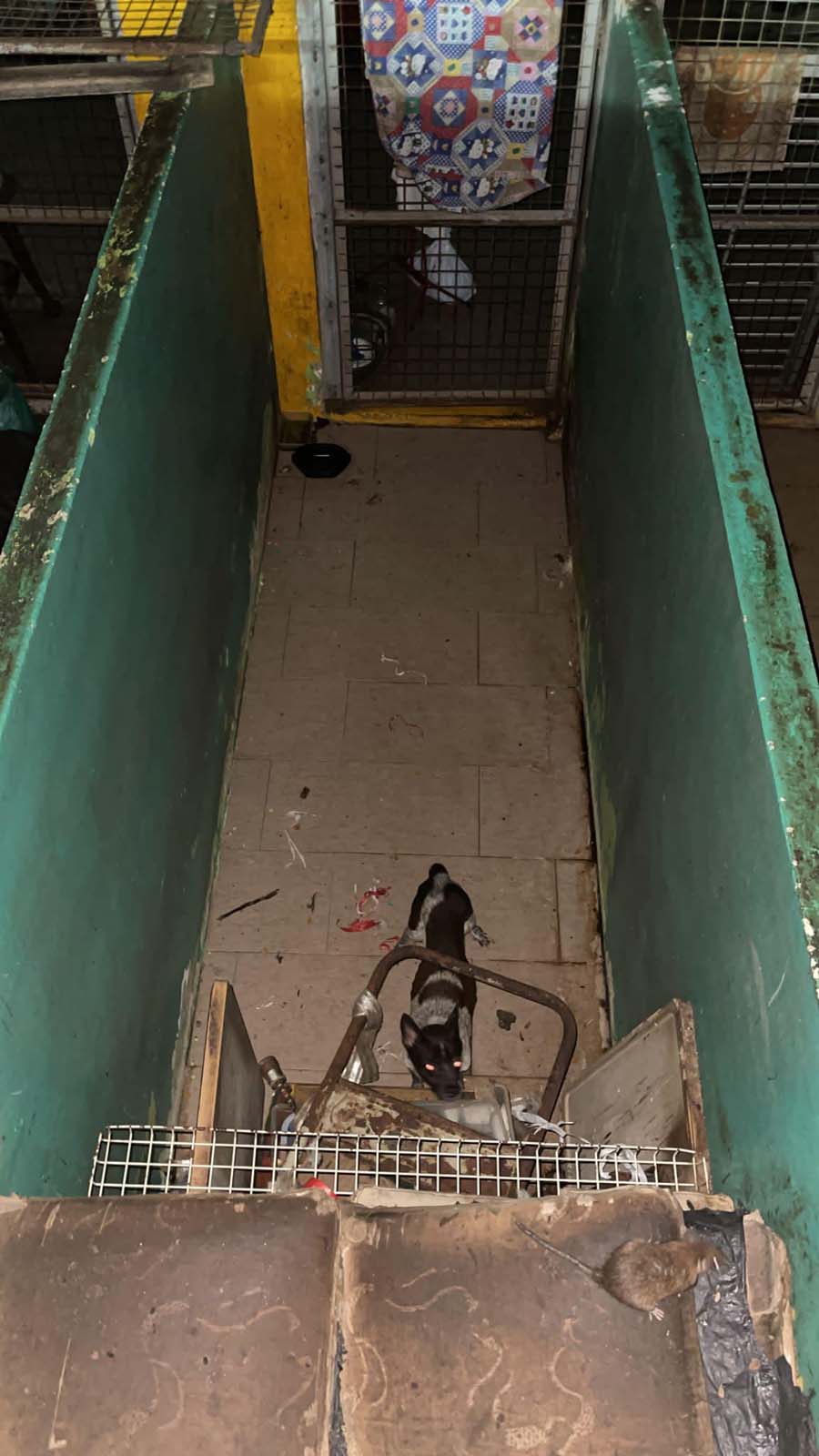 One of the dogs was apparently so malnourished that it was having difficulties getting up — it had to drag its body to reach the food provided by volunteers. 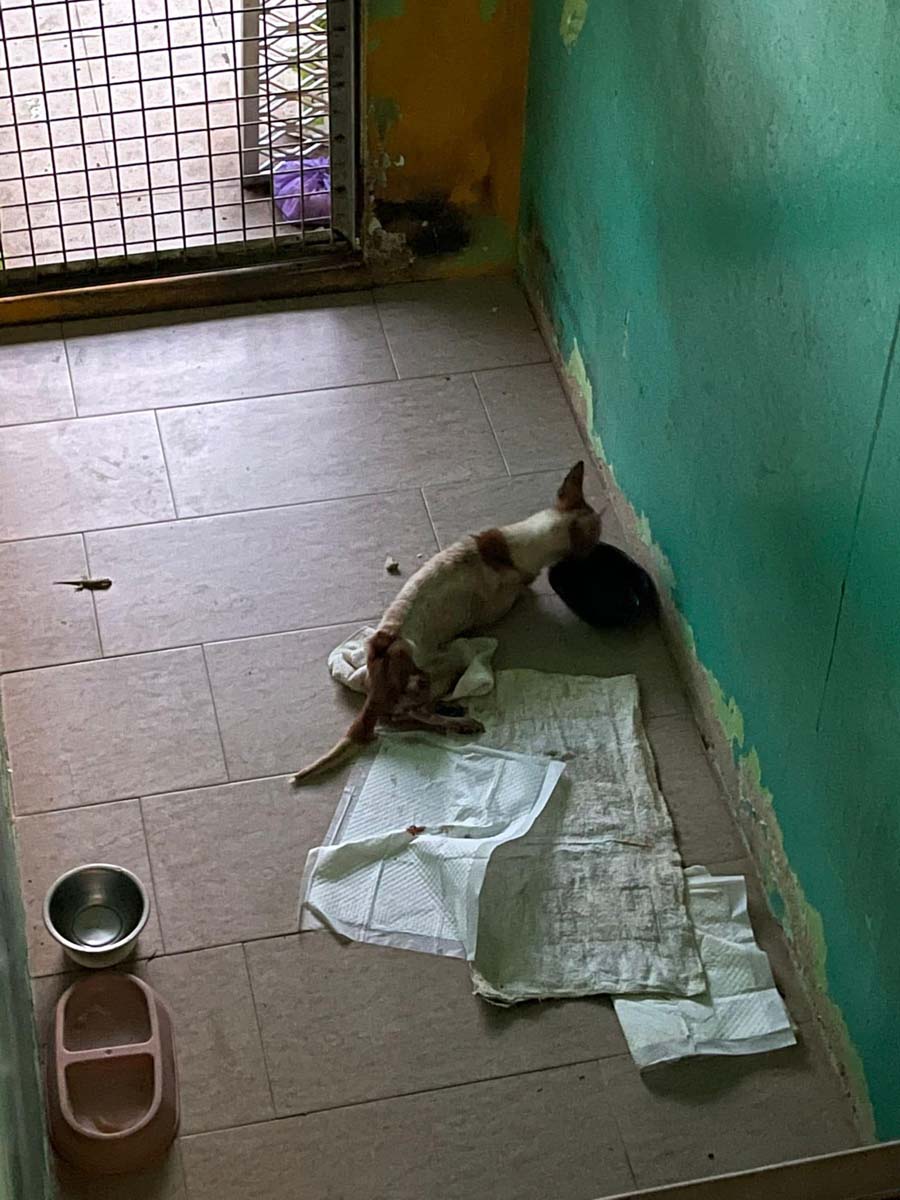 Another furkid seems to have matted fur and lacked proper grooming. Upon making the horrific discovery, CDAS alerted NParks to the situation.

The animal welfare group apparently requested for the authorities to save the animals and provide them with medical assistance.

Based on the evidence, the welfare group claimed the caretaker is unable to provide appropriate care for the dogs.

They also shared that though the caretaker was offered help to care for the dogs, she refused the aid.

MS News has reached out to NParks for comments on the incident and will update the article accordingly when they get back.

The state of the emaciated dogs is alarming, to say the least.

We hope that authorities will respond to the case and rescue the animals from their plight.