While many of us ushered in the new year by celebrating with friends and relatives, a  cinereous vulture spent the last days of 2021 grounded as it was unable to take flight.

Apparently exhausted, passers-by spotted the rare vulture on a section of the pavement off Holland Road. Since then, folks from NParks have been taking care of the bird.

After nearly 2 weeks of rehabilitation, the vulture was finally able to fly on Monday (10 Jan) — its 3rd flight attempt. While it seemed to be in a much better state than when it was first found, NParks will continue monitoring the area where the bird took flight.

Rescued vulture gets a chance to fly after regaining health

In a joint press release on Wednesday (12 Jan), NParks and Mandai Wildlife Group (MWG) said the vulture had the chance to fly on Monday (10 Jan) noon. 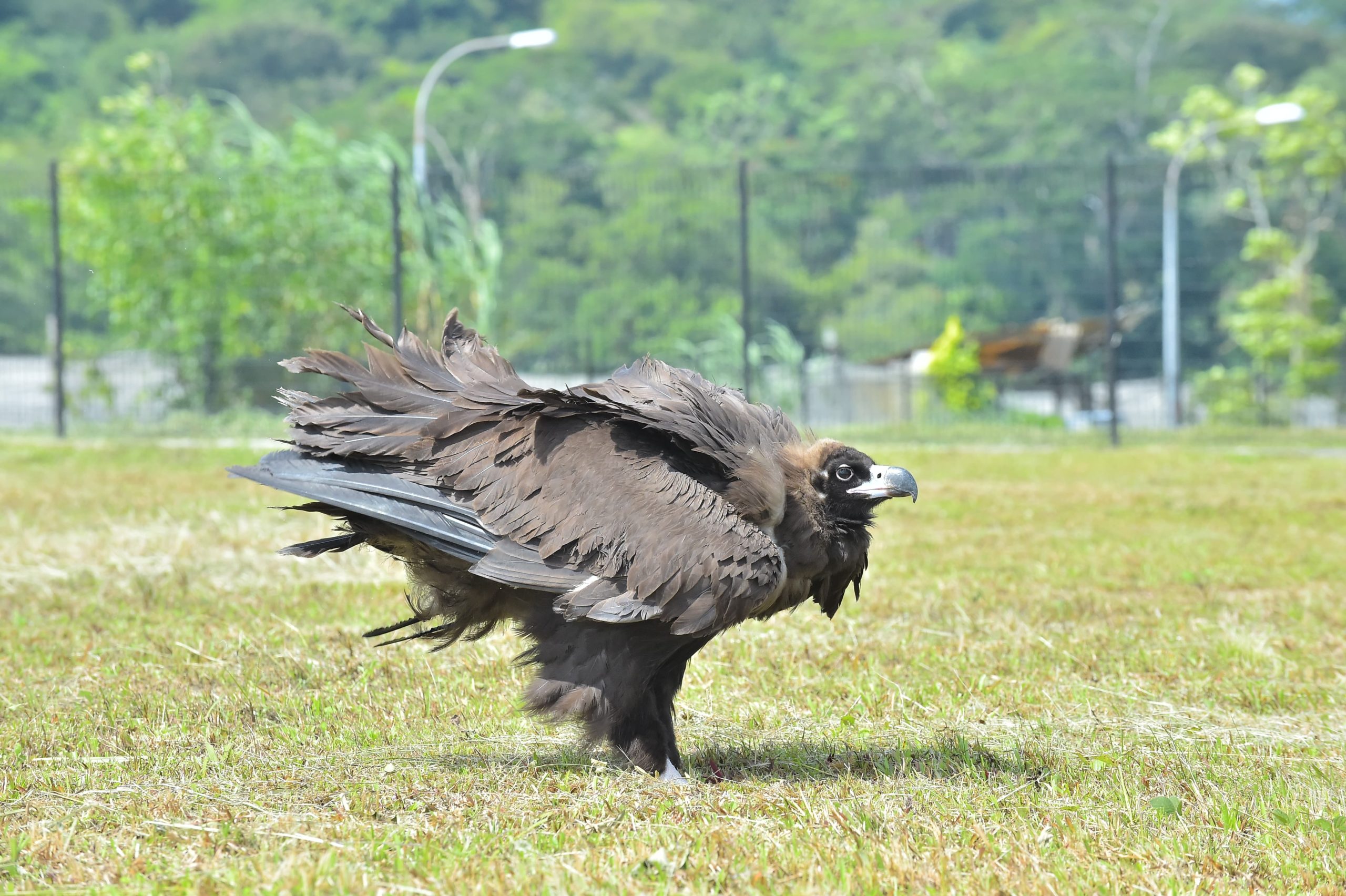 This came after caretakers from both organisations observed that the bird was eating well and regaining its health.

While they didn’t disclose the exact location of the flight test, the vulture reportedly gained height before landing at a nearby farm.

It subsequently flew off, with the last sighting being of it flying over a forest “a distance away”.

Despite the successful take-off, NParks says they will monitor the area until the bird is able to “continue to its wintering grounds”.

This is the 3rd release attempt put together by folks from NParks and MWR — earlier attempts on 4 and 5 Jan were sadly unsuccessful.

On the day of the first attempt, the vulture apparently stayed grounded for about 30 minutes despite being encouraged by individuals on site.

The weather that day was apparently “cool and cloudy”, which quelled thermal uplifts that larger birds require for flight.

During the 2nd attempt, the vulture managed to fly for about 50 metres before landing on a nearby field. It did not attempt to fly again that day.

Hope vulture will reunite with its friends soon

Kudos to folks from the relevant institutions for nursing the vulture back to health so that it can fly again.

Hopefully, the bird manages to retain its flight for a sustained period and will be able to find its way back to its friends again.