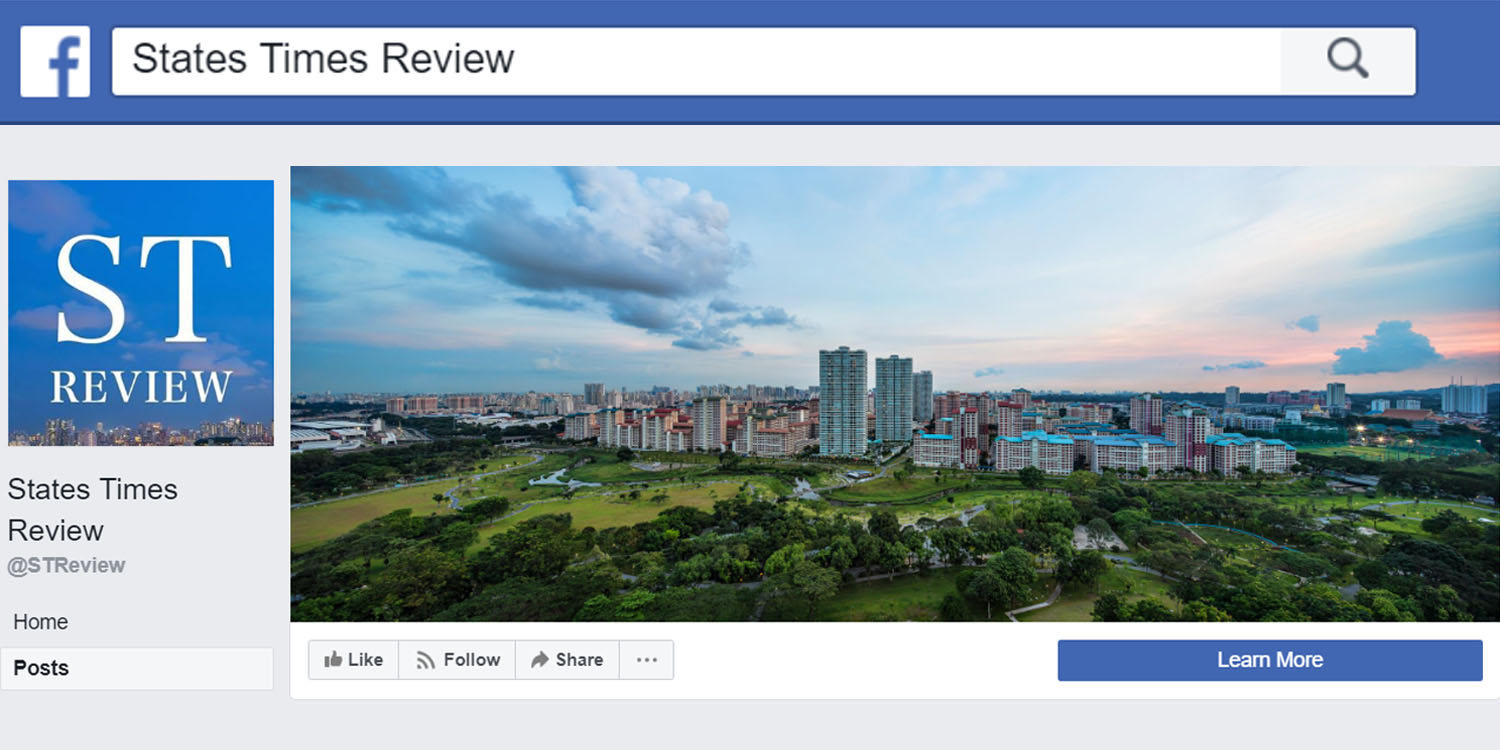 Ministry of Law thinks Facebook can't be 'relied upon' to combat online falsehoods. What could this mean for all of us in the future?

The States Times Review is no stranger to controversy, but this seems like the end of the road for the political blog founded by Australia-based editor Alex Tan. At least where Singaporean access to the site is concerned.

The site has now been banned by all Internet Service Providers (ISPs) in Singapore, due to a controversial article linking Prime Minister Lee Hsien Loong to the 1MDB scandal published on 6 Nov.

Here’s how Facebook’s involvement in the whole saga, may open an entire can of worms on the issue of ‘fake news’ and media censorship in Singapore.

States Times Review FB page to “shut down in 2 weeks”

Political activist Alex Tan, a Singaporean now based in Australia, founded The States Times Review which has a 50k-strong following on Facebook at the time of writing.

The site is known for publishing articles critical of key political figures and associations in Singapore — in particular, the current ruling party. It has developed for itself a reputation of being an uncredible news source, with headlines using sensationalised to cater to an anti-government audience. Mr Tan thanked his supporters for keeping the site running for 3 years, and explained the website would “cease and desist”, and become a “lost channel” for Singaporeans.

But why did he shutdown the site out of the blue?

Monetary Authority of Singapore (MAS) filed a police report against STR on Friday (9 Nov) about a ‘libelous’ article that tied Prime Minister Lee Hsien Loong to the 1MDB scandal.

STR was then blocked by all Internet Service Providers (ISP) as Info-communications Media Development Authority (IMDA) ruled that the website contained “prohibited content”.

In IMDA’s own words,

IMDA has assessed that the article undermined public confidence in the integrity of the Singapore Government and is objectionable on grounds of public interest.

Facebook’s cached version of the article, published under the ‘Instant Article’ function still remained accessible to readers on the social media sharing site. 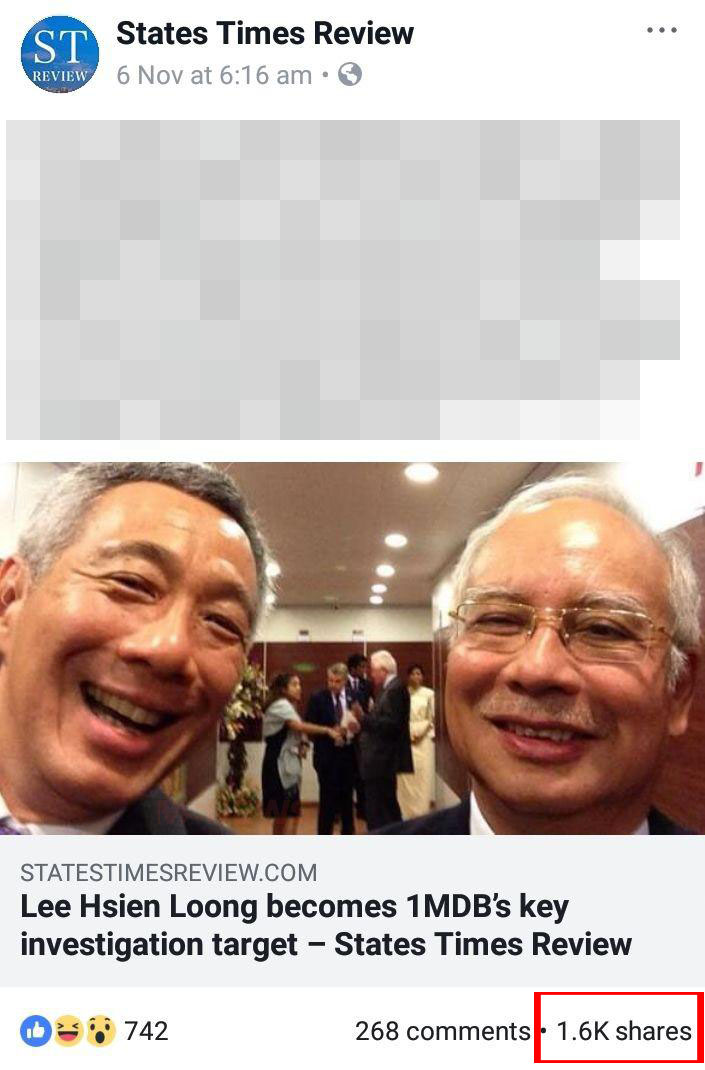 The Facebook post, containing a summary of the article was also shared at least 1,600 times at the time of writing.

IMDA requested that Facebook take down the “false and malicious” post. But Facebook issued a statement on Saturday (10 Nov) that they “will not accede” the request.

Ministry of Law thinks Facebook can’t be “relied upon”

Ministry of Law quickly jumped into the fray with a statement involving the need for ‘fake news’ legislation to kick in ASAP.

They felt that Facebook couldn’t be “relied upon to filter falsehoods“, or “protect Singapore”. This was because Facebook “declined to take down a post” that included “false, defamatory” remarks about Singapore.

Although Facebook has rejected IMDA’s request to remove the post that sparked this debacle, Mr Tan plans to shutdown his page by the end of the month.

The website, however, will remain till Singapore’s next General Elections are over. Singaporeans won’t be able to access the site with a local IP address, as it remains banned by all ISPs.

Falsehoods must be stopped, but at what cost?

As Facebook operates as a private entity in Singapore, without their cooperation in removing a post, it will be difficult for the government to take further action on this.

However, if Mr Eric Tan stays true to his word and shuts down the Facebook page “in the next two weeks”, the post will be removed automatically.

That said, by enacting laws on social media sharing sites like Facebook to curb the spread of ‘fake news’, will we be ‘shooting the messenger’ instead of tackling online falsehoods with truth?

After all, restricting access to content often serves to feed everyone’s desire to view it for themselves — drawing focus away from verifying the authenticity of the claims.

A clear dilemma which is succinctly summarised in this neat Peanuts comic. 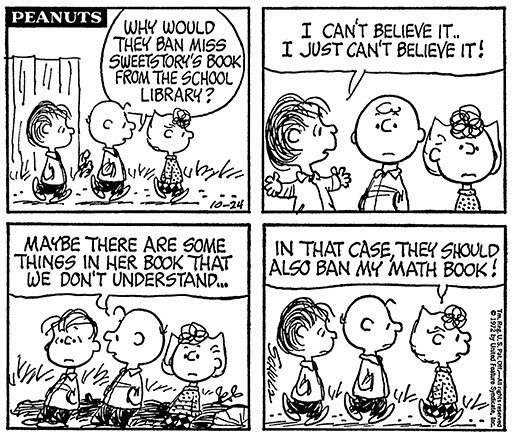 What may have triggered our government into taking action may have been the mainstream press in Malaysia picking up the story, thus lending a veil of credibility to an otherwise unbelievable story.

Regardless, we’ll have to strike a balance between curbing the spread of malicious content by arming the authorities with appropriate powers, and ensuring that media freedom is not repressed in the process.

Do you think Facebook should have complied with our government’s requests, or did they do the right thing by leaving the post up?