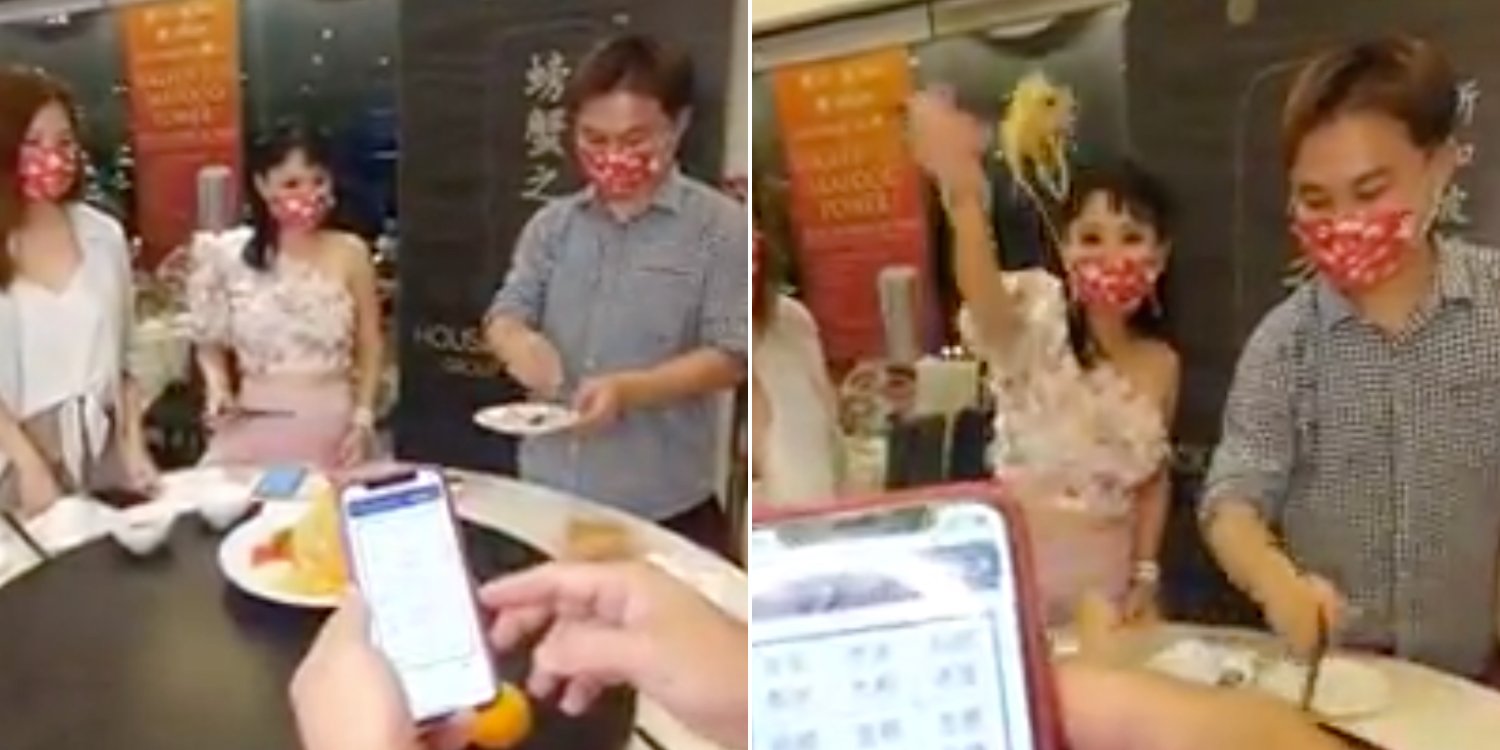 In light of the pandemic, festive periods will be celebrated differently, especially Chinese New Year. Recently, some enterprising apps have emerged to help Singaporeans lohei without shouting.

When a group put the app to the test, however, the pouring and tossing of ingredients became a rather solemn affair instead.

Watching the family pour and toss in silence while a disembodied voice shouts “Huat ah” in the same voice is surreal, to say the least.

In a Facebook post on 25 Jan, a netizen shared a video of a family preparing to lohei at House of Seafood restaurant in Punggol.

Being law-abiding citizens, they used an app to play auspicious phrases.

But the affair turned surreal with time as the participants poured the ingredients in silence, without the usual boisterous voices to match.

The only noise came from the person’s speakers, as they drew up auspicious phrases as though from a list and pressed them in accordance with the pouring. 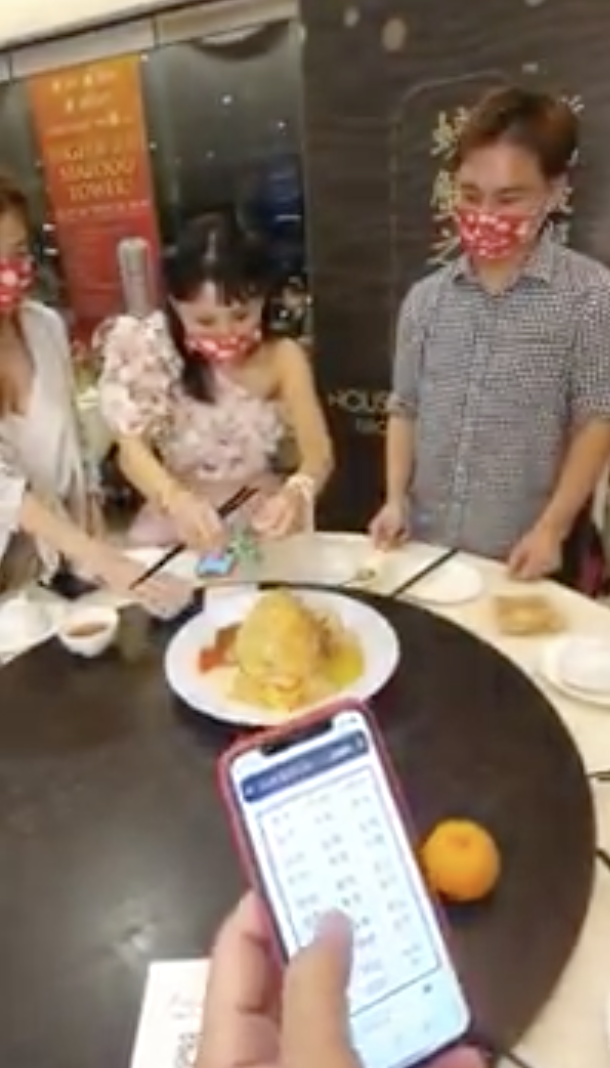 Then came the tossing, which was arguably even more surreal given the “Huat ah” soundbite comes in only one tone.

This made for some particularly monotonous exclamations when played several times in a row.

But hey, celebrations are all about the company, not the shouting… right?

While the new-style lohei might not as exciting as a normal one, we applaud the group for sticking to the rules laid out by the government.

Something about the same voice shouting over and over while everyone’s just standing there in silence gives us TV series ‘The Office’ vibes, which is known for their awkward scenes.

Singaporeans definitely won’t ring in the new year with the usual boisterous air if the measures are any indication. In fact, it might even feel the opposite.

But while it may be disappointing that we are unable to emphatically utter during loheis and yamseng, it is important that we follow guidelines to ensure the safety of family and friends.

Furthermore, failure could do so could result in penalties.

Kudos to this group for tossing lohei in the safest way possible, even if it means enduring a pinch of awkwardness.