S’pore Authorities Will Fine Diners In Groups Over 5, Even If They’re Not Sitting Together 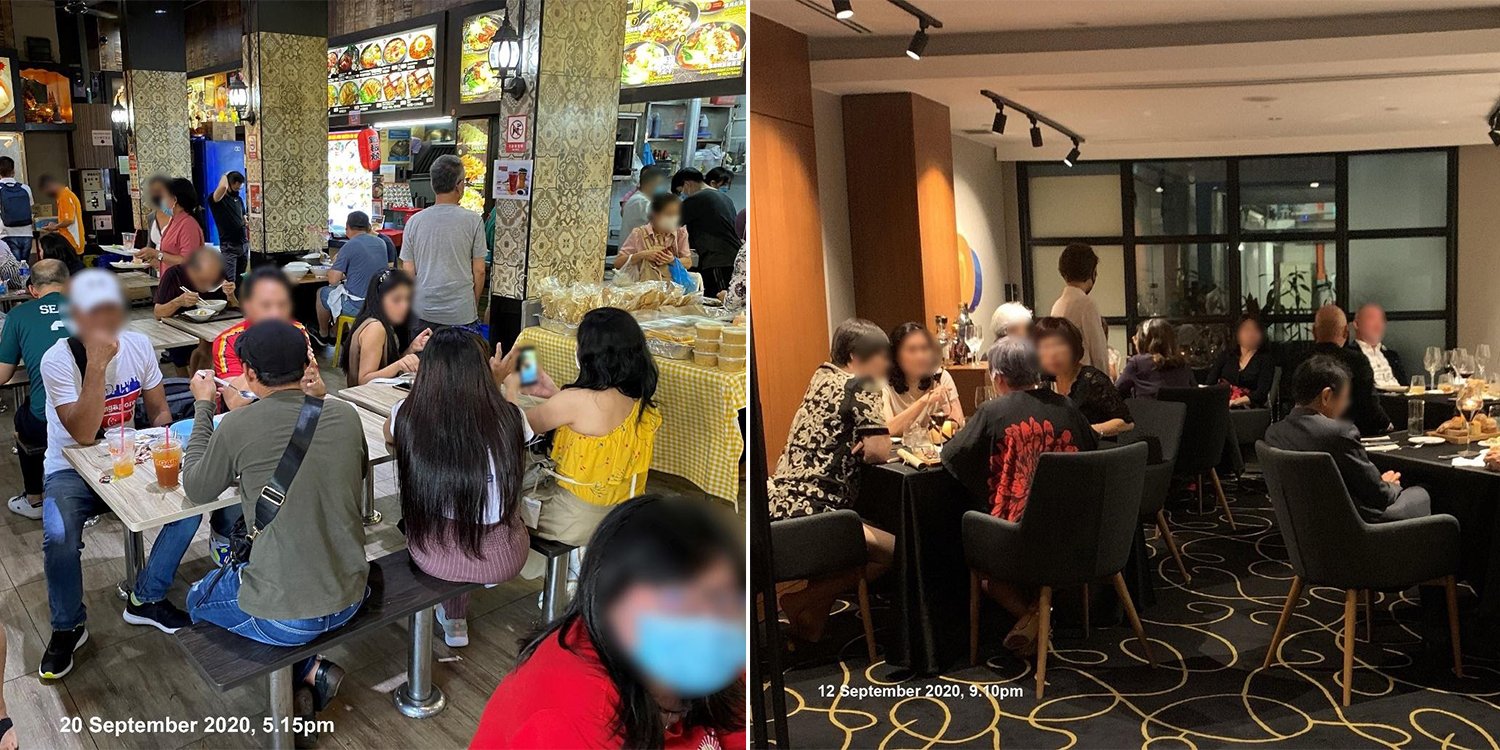 Groups Larger Than 5 Will See Fine, Including Customers At F&B Places

As Phase 2 reaches its 4th month and Covid-19 cases go down, some are ignoring the rule against groups of larger than 5, and authorities will fine them.

2 places accepted groups of larger than 5, even though they were seated apart. In 1 case, the group also mingled between tables.

The other place allowed people to consume alcohol after 10.30pm on their premises.

17 people were already fined as of 9 Sep for breaking rules. Don’t be one of them.

The 3 places are located at:

The former 2 were both found allowing groups larger than 5.

On Saturday (12 Sep), enforcement officers from the Urban Redevelopment Authority (URA) found 15 people seated across 4 tables in a restaurant at 39 Hong Kong Street. 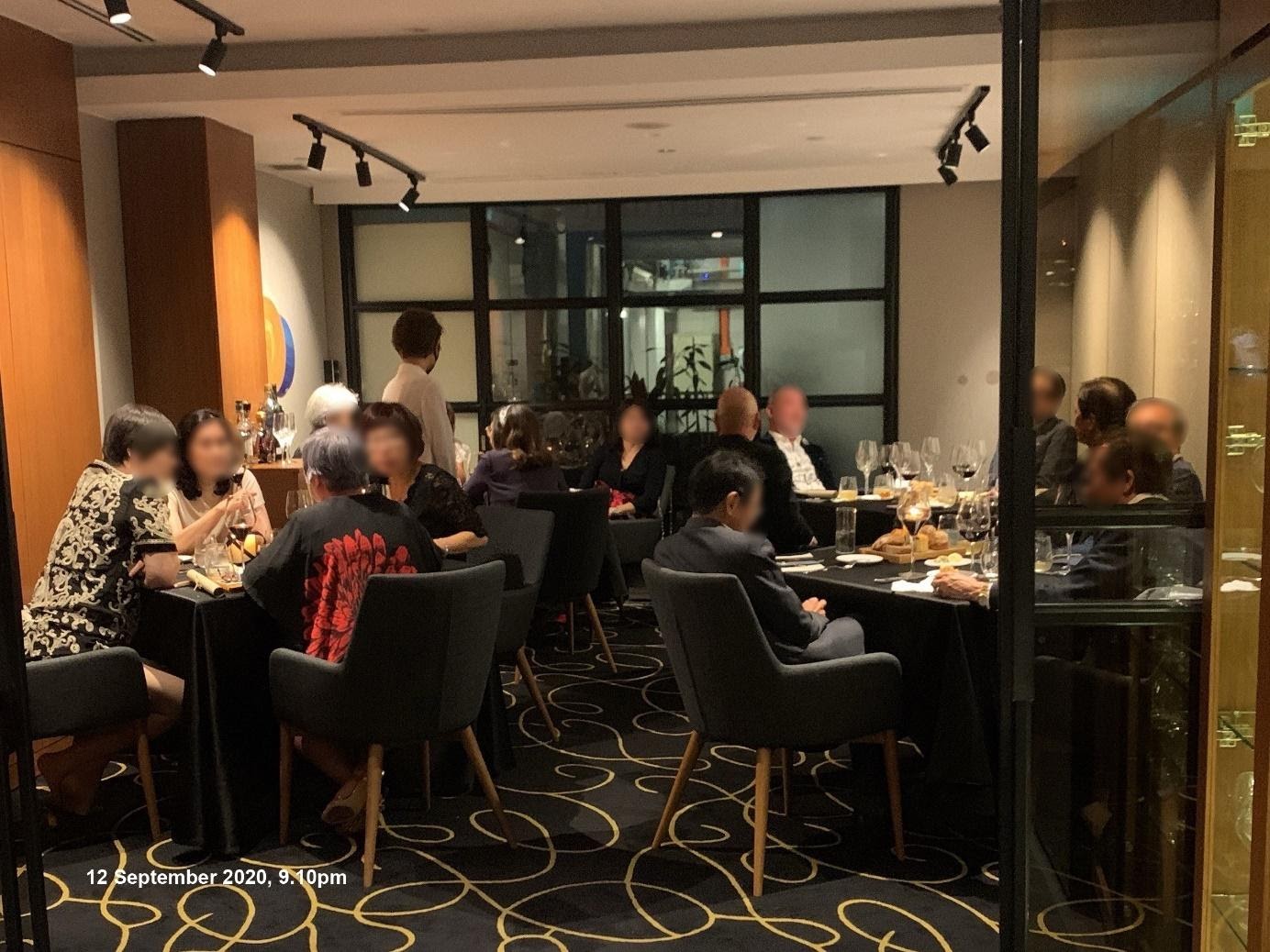 It was a private dinner event and the group was intermingling.

As such, URA ordered the restaurant to close from 18-27 Sep.

Meanwhile, the Beer Factory was found letting in 3 groups, containing more than 5 people each, on 12 Sep as well. 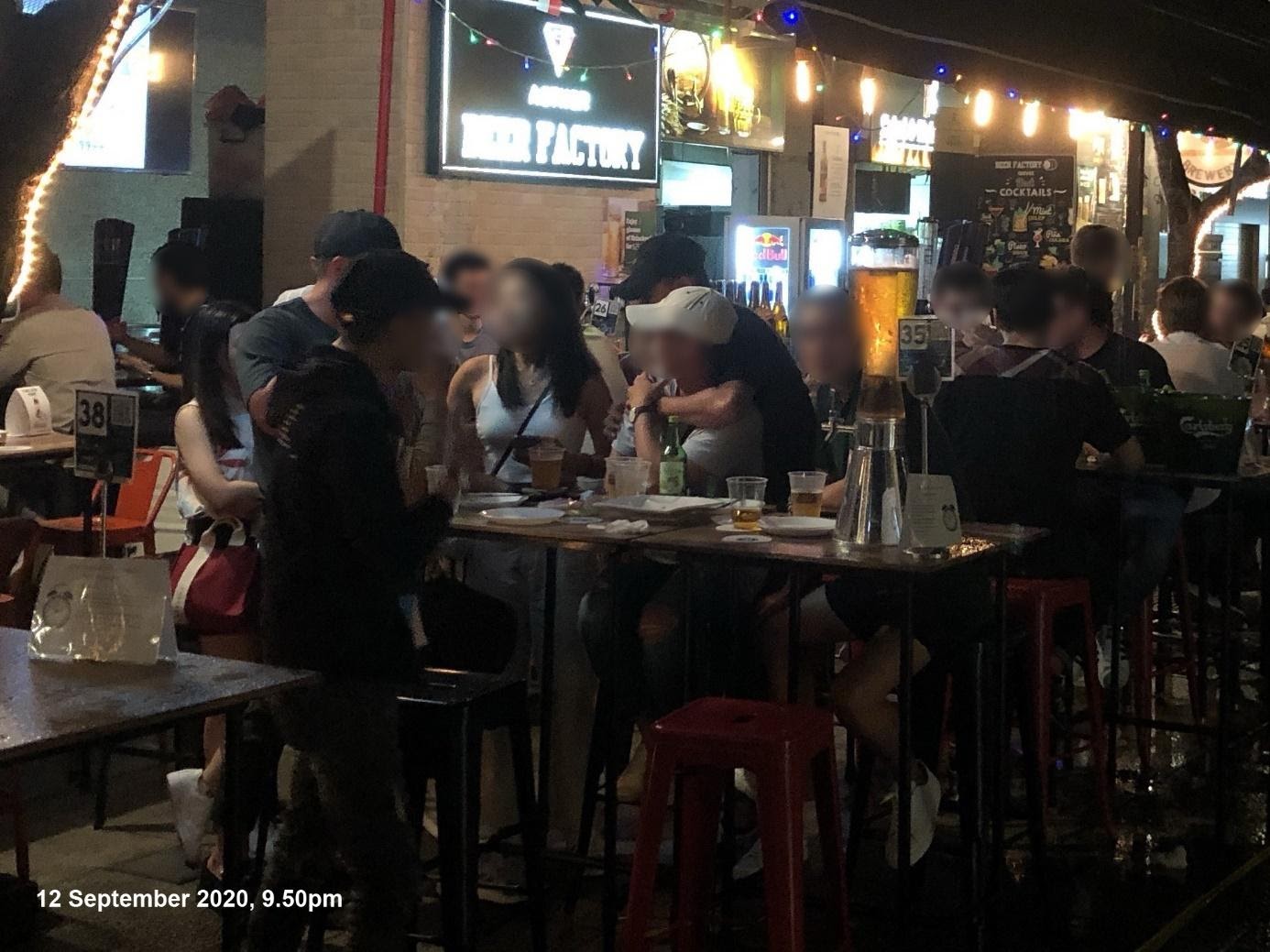 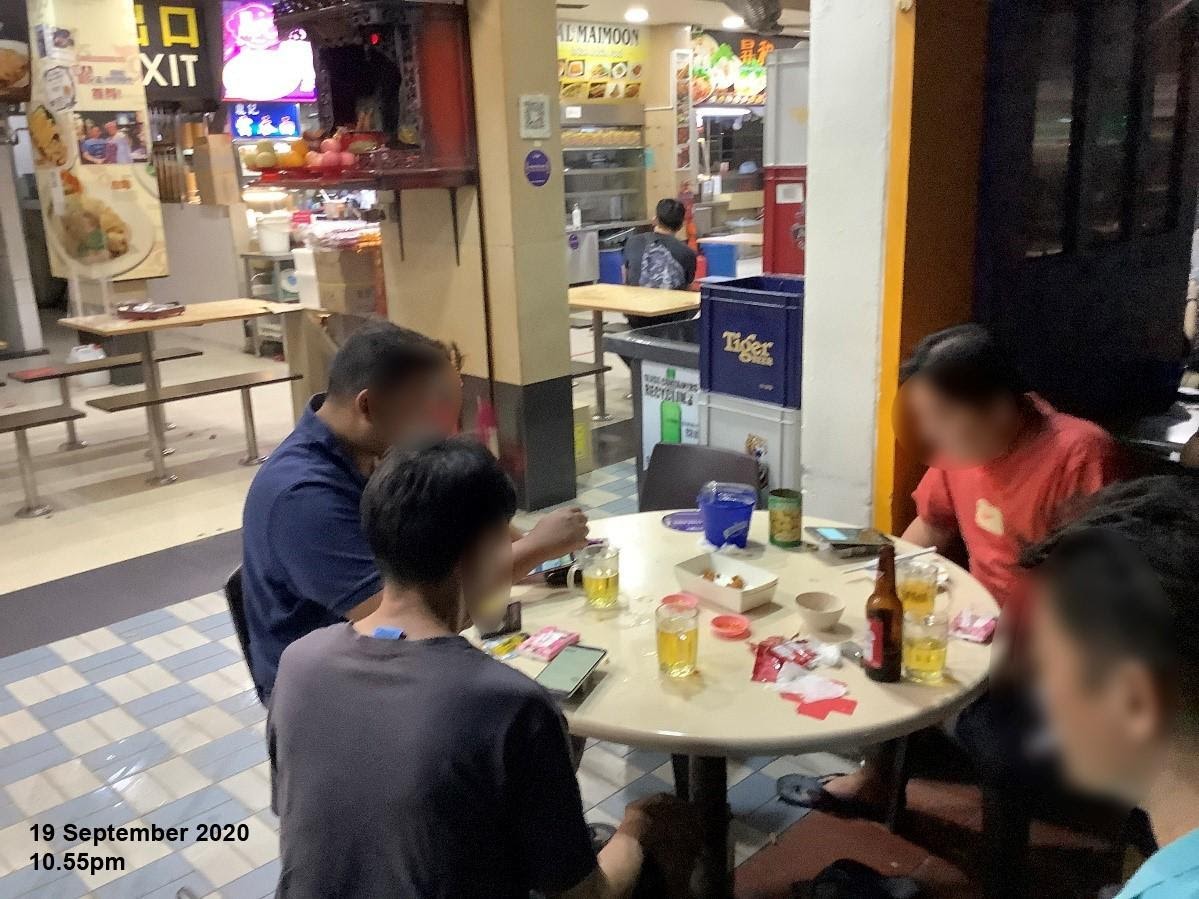 The Singapore Food Agency ordered the drinks stall where they got the alcohol from, to close from 22 Sep-1 Oct.

You can’t drink alcohol at restaurants and other places after 10.30pm. Do that at home.

Another 4 F&B places were fined $1,000 for various breaches.

The punishments were meted out following a review of the breaches, as a follow-up to their statement on 16 Sep.

Authorities will fine customers in groups above 5

Between 18-20 Sep, they visited 323 F&B places, and 18 of them had broken the rules. This isn’t a bad ratio, although having even 1 breach is probably too many.

The cases are now under review and their punishments will be meted out in due course.

Customers in groups larger than 5 will be fined, even if they’re sitting separately. Only those living in the same household are exempt. 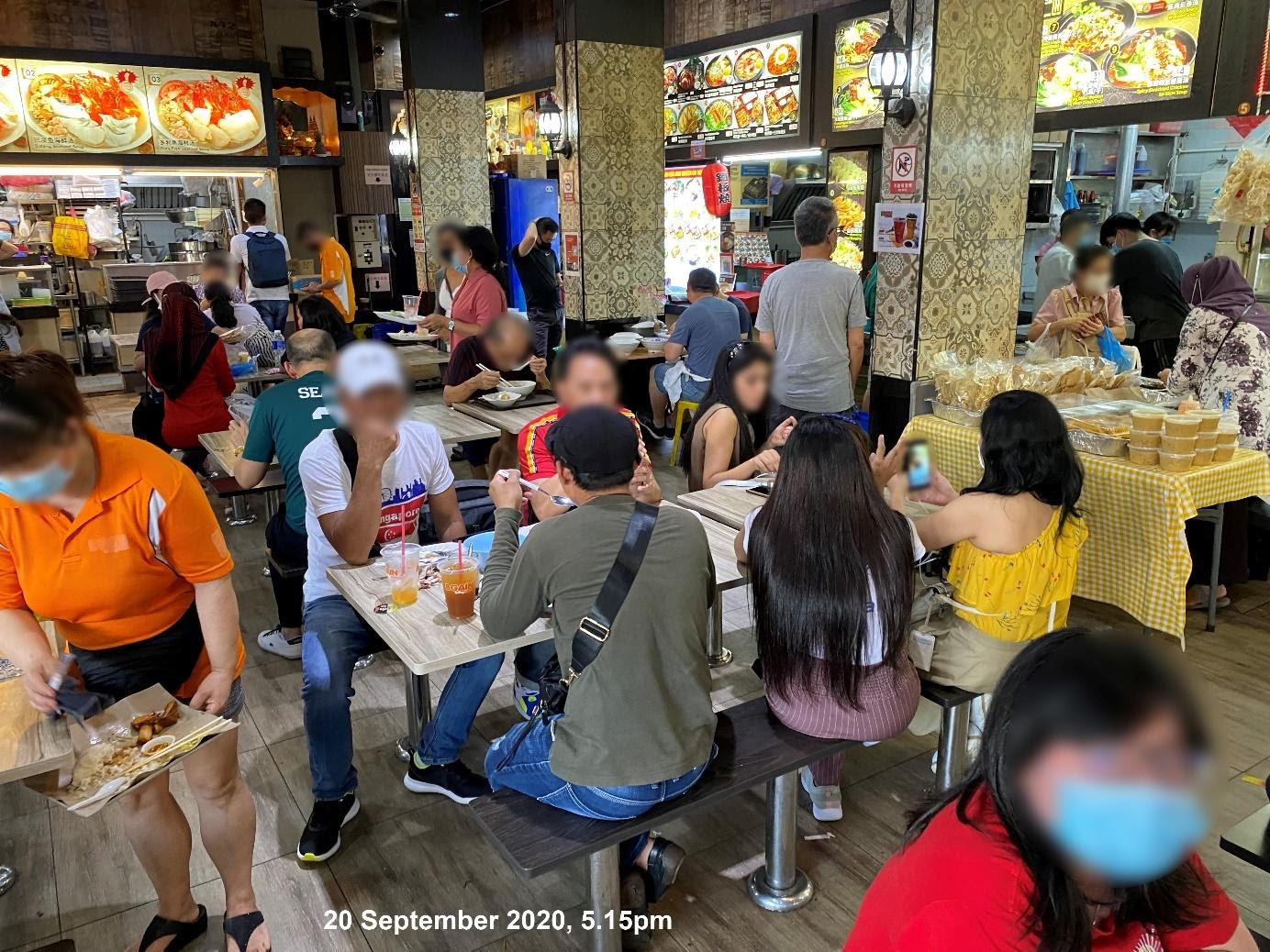 This is on top of the punishments given to F&B places for allowing these groups to dine there.

In the army, there’s a popular saying — don’t test the system.

This means to knowingly do things which aren’t permitted. Seating in groups larger than 5 is exactly that, and you’re putting F&B places at risk too.

People definitely know they’re breaching measures, but do so anyway. It doesn’t pay to get fined $300 or more, and these measures are for safety purposes.

We all have to do our part to curb the spread of Covid-19.