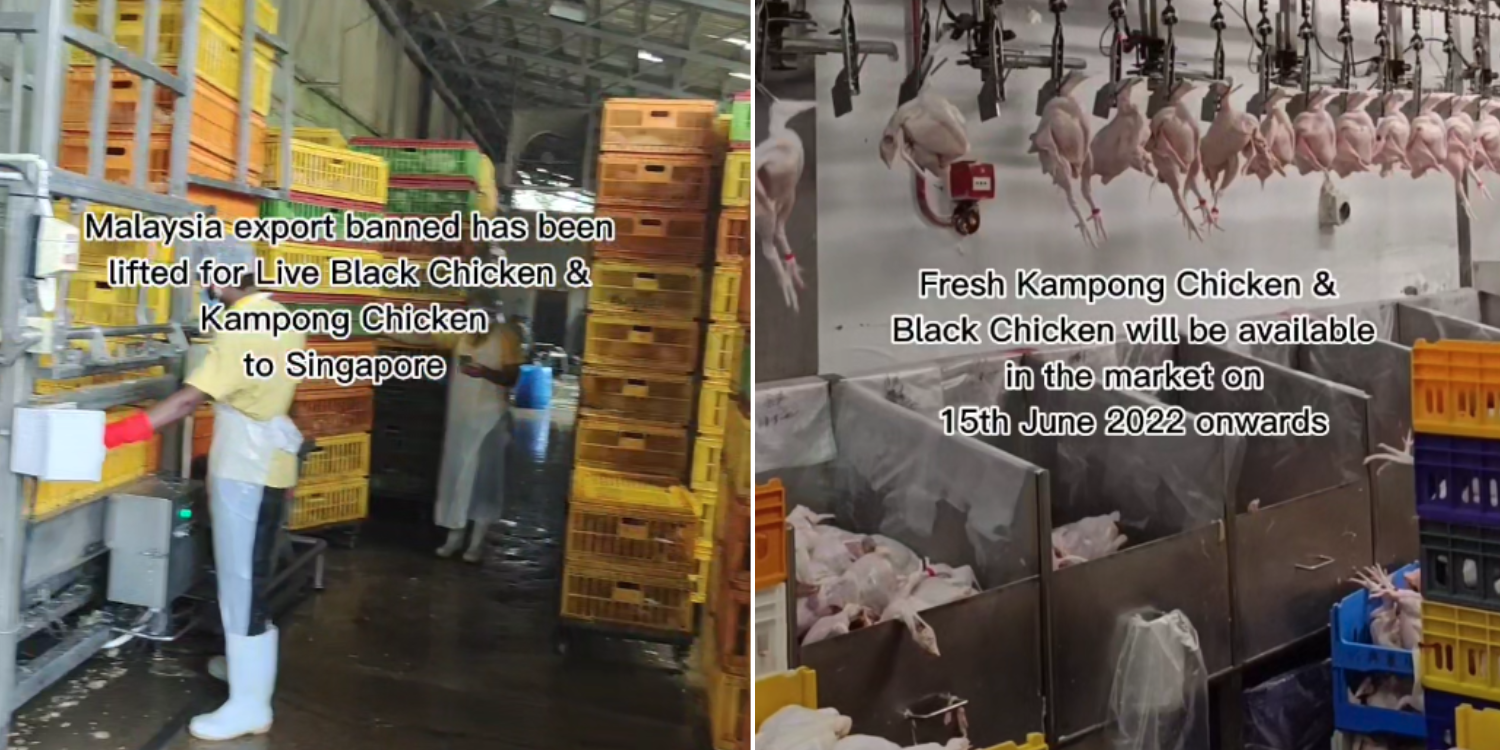 The return of fresh chicken.

UPDATE (12pm, 14 Jun):  According to The Straits Times, the export ban on commercial broiler chicken – chickens that make up the majority of what Singapore typically imports from Malaysia – remains.

Nearly a month after the announcement, it seems the export ban is over, at least for two types of chicken. 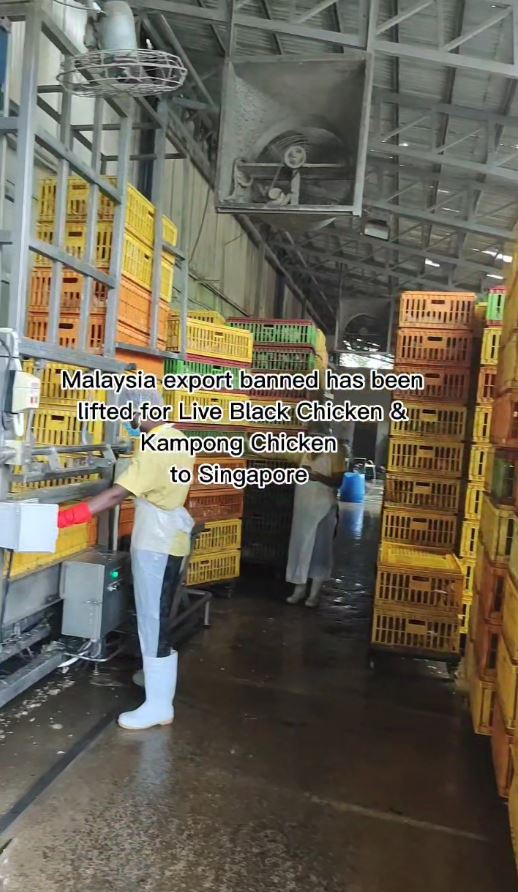 According to their post, supplies of live chicken from the two breeds will start making their way across the Causeway on 14 Jun and will be available in markets the day after.

The poultry supplier, however, did not disclose if the move will affect regular fresh chicken.

According to the video, live kampong chicken will be arriving in Singapore on Tuesday (14 Jun). After their presumable slaughter, they’d be available for sale in markets on Wednesday (15 Jun). 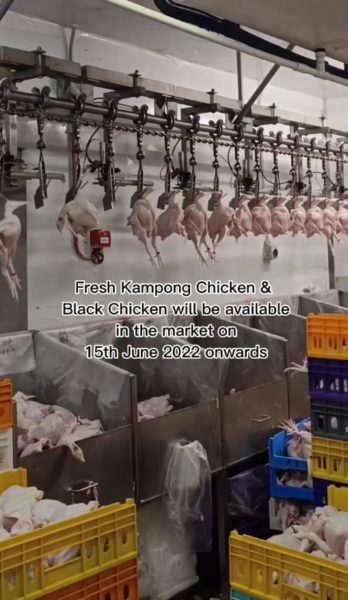 The Straits Times (ST) reported that live black chicken will only start coming in from Malaysia on 18 Jun. It’s unclear from when they’ll be available for purchase in local markets.

Kee Song Group also shared similar news on their Facebook page, announcing that the two chicken variants are “back in stock” while urging customers to place their orders online. 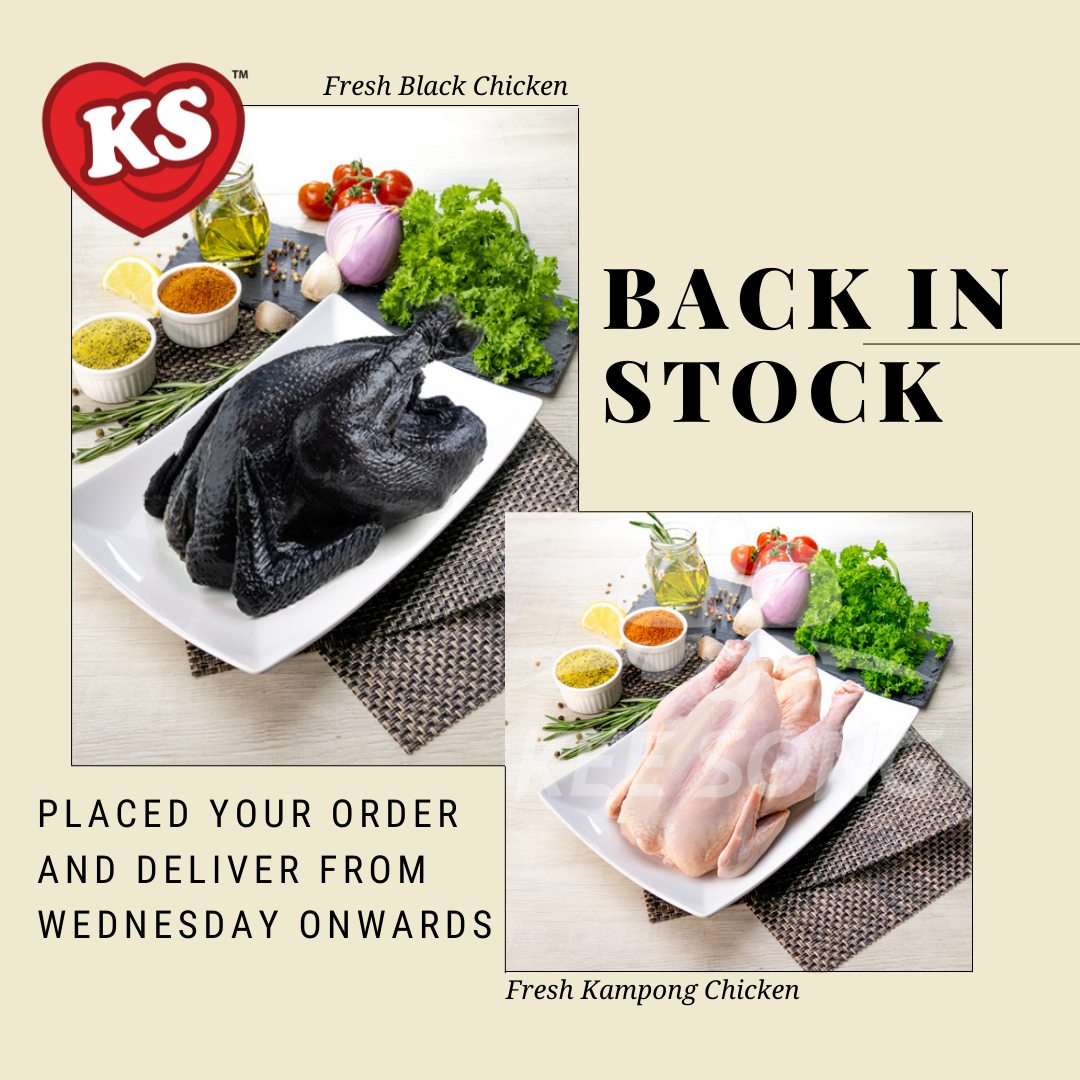 A check on their website on Tuesday (14 Jun) morning, revealed that “Fresh Kampong Chicken” was indeed back in stock. However, all other chicken products – including “Fresh Black Chicken” – were labelled as being “out of stock”. 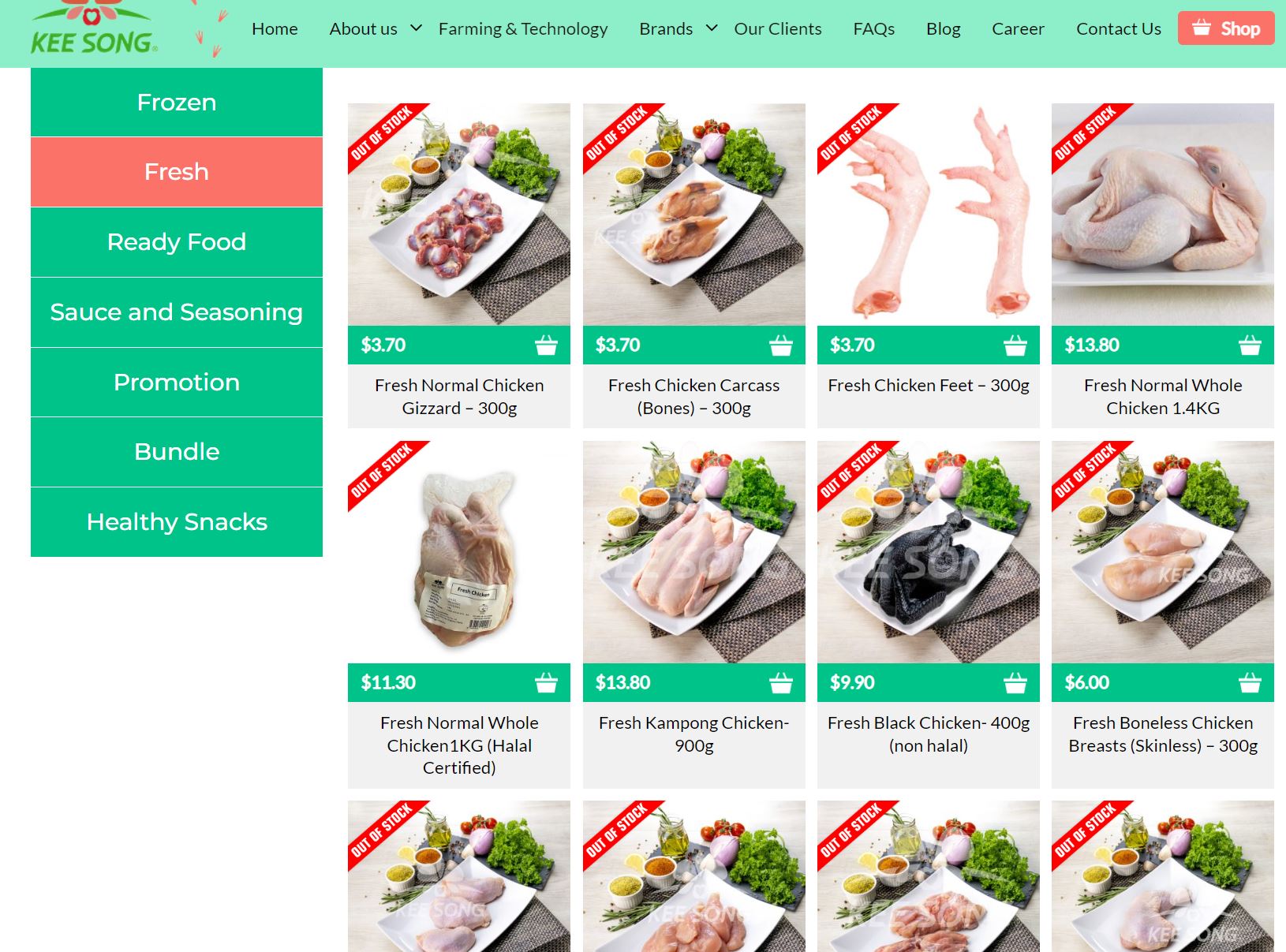 Kee Song Group bringing in “as much chicken as they can”

Speaking to 8world News, the business development director of Kee Song Group shared that they intend to bring in “as much chicken as they can”.

While they did not share the exact quantity, the spokesperson said it’d be sufficient to meet their customers’ needs.

A Malaysian approval letter obtained by Kee Song Group also allegedly showed that all other processed chicken products and day-old chicks are now allowed to be exported.

A possible start to the end of the chicken export ban

Even though the move doesn’t seem to apply to regular chicken, it does appear to be a promising indicator of the resumption of fresh chicken exports from Malaysia.

If you or anyone you know are keen on having fresh chicken again following the month-long ban, tag them in the comments so they’ll know about this update.