The fried chicken stall was the real winner.

Fried chicken is the one indulgence that many Singaporeans allow themselves on cheat days. But indulging in wings too frequently will probably make even the fittest of us overweight.

Of course, we shouldn’t be too quick to judge anyone or call them insensitive names for their life choices.

Instead of being offended by a lady’s comments about his weight, a netizen decided to take action. In a hilariously petty act of ‘revenge’, he bought every last piece of fried chicken from the stall they were queuing at, so she would have to wait an extra 30 minutes.

Here’s how it went down. 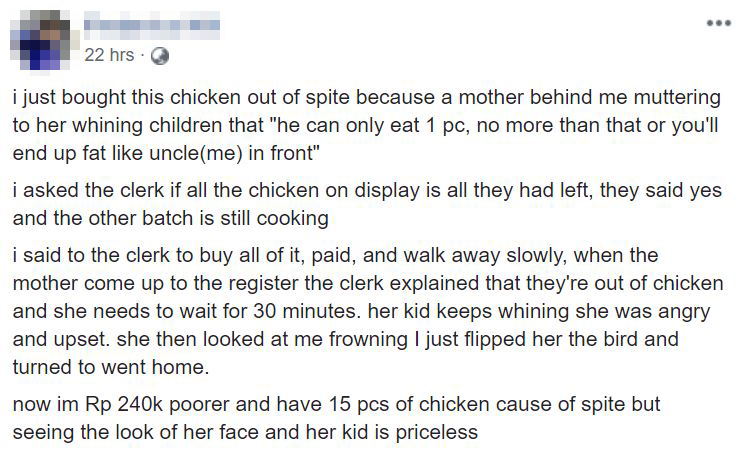 Based on the currency, we surmise that the incident took place in Indonesia on Thursday (30 May).

When the netizen was queuing for some delicious fried chicken, he heard some kids “whining” — probably about how ardous the wait was getting.

To reprimand them, their mother told them that they are only allowed 1 piece.

Can only eat 1 piece, no more than that or you’ll end up fat like uncle in front.

The netizen claimed that she taught her children not to overindulge, by using him as an unwilling example.

Bought all the remaining chicken

When it was finally the netizen’s turn at the counter, the quick witted uncle made a snap decision.

He hilariously decided to buy all remaining pieces of fried chicken after the server confirmed those were the only ones left. 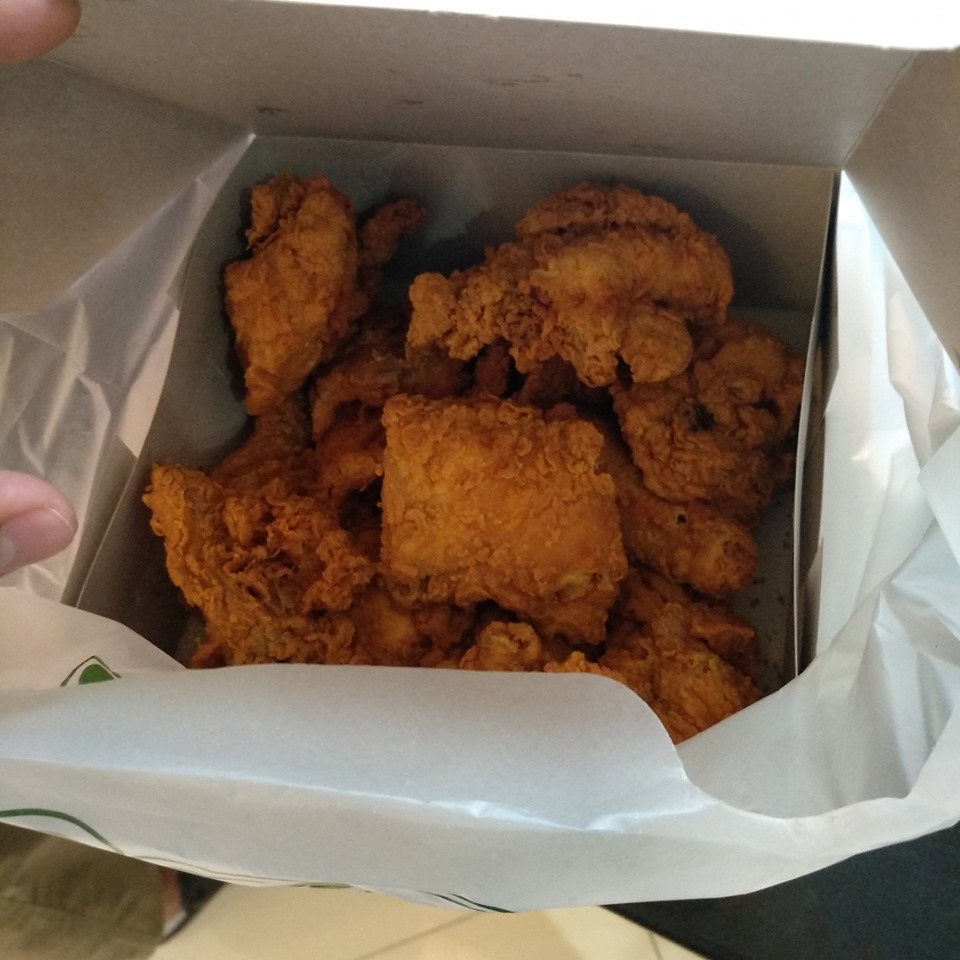 According to him, the other glorious pieces of chicken in the kitchen would require at least 30 minutes to be fully cooked. You can probably imagine the lady’s reaction when she heard the news.

The uncle stated ironically that even though he was about S$22.30 (Rp 240,000) poorer, he thought that his money was well spent.

After all, the insensitive lady and her children’s surprised expressions upon learning about the extra 30-min wait were “priceless”.

Netizens think both were in the wrong

As funny as this story might be, netizens pointed out that both parties could have dealt with the situation in a more gracious manner.

Some of the netizens supported his decision. One even called him a hero.

However, others called him petty and doubted his claims.

The fried chicken stall was the ultimate winner

Whether or not the incident actually occurred, we should never put down someone else to set an example for our children.

If we are worried about our children’s health, we can always educate them in other ways. There’s never a need to resort to fat-shaming anyone.

Regardless, we think the fried chicken stall emerged the clear winner from the dispute.

Do you think the man was right? Tell us in the comments below.