Girl Sits On Dinosaur Exhibit & Shook It For TikTok Video

Singaporeans love visiting new attractions. So when Changi Jurassic Mile was unveiled to the public recently, people naturally flocked there in droves.

Large crowds were seen along the paths, enjoying the thrilling life-sized dinosaur exhibits. 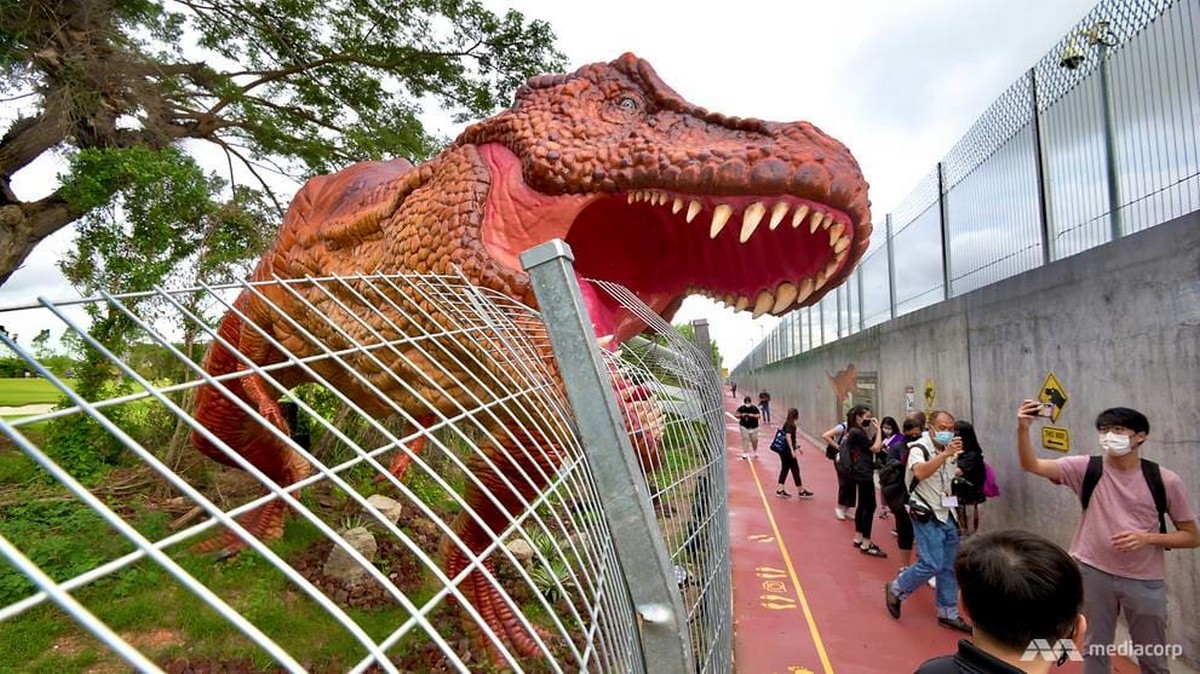 However, on Thursday (15 Oct), Facebook group All Singapore Stuff shared a video showing a girl riding on one of the dinosaur exhibits. Netizens criticised the girl for her irresponsible actions, saying that the dinosaur exhibits were meant for visitors’ viewing pleasure and not to be abused this way.

Less than a week after Changi Jurassic Mile opened to the public, a TikTok video of a girl sitting on a dinosaur and riding it circulated on social media.

The video starts off panning out from the dinosaur’s mouth, revealing the girl posing on it.

Then, the girl started bouncing on the dinosaur exhibit. She later raised her arm and swung them in the air. 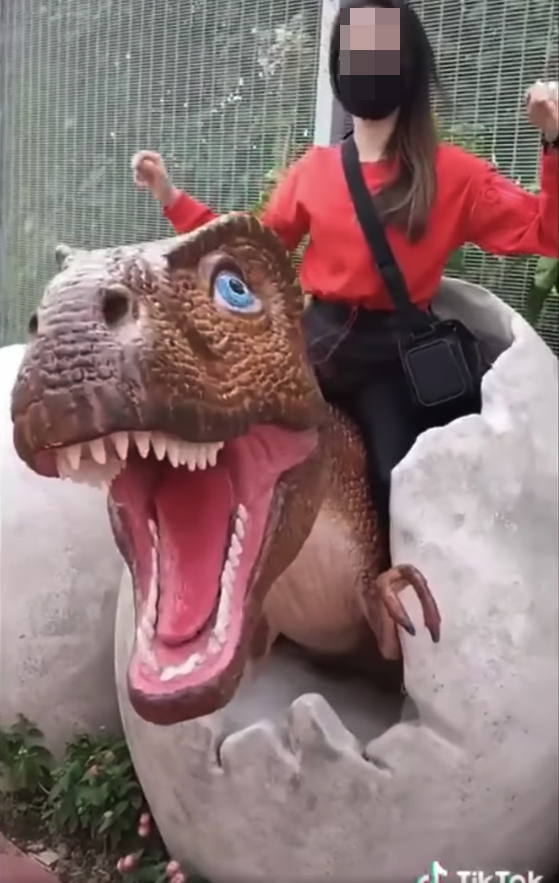 The entire dinosaur structure could be seen shaking as she moves.

Many netizens were infuriated by the girl’s actions of climbing onto the exhibit and shaking it.

Some quipped that such behaviour will cause the dinosaurs to become ‘extinct’ all over again.

Her actions raised concerns that the dinosaur displays will be damaged or even vandalised by the public.

This netizen seemed resigned as he said that such behaviour is why we cannot have nice things.

There was a common consensus that such behaviour is irresponsible and unacceptable as it may damage the dinosaur displays.

Exhibits should be treated with care

Speaking to MS News, a Changi Airport Group (CAG) spokesperson revealed that one of the exhibits has already sustained damage and will be temporarily removed for repair.

Following this incident, the organisation will be adding cautionary signs along Changi Jurassic Mile, reminding visitors that no climbing is allowed.

Surveillance cameras are also in place to monitor visitors’ behaviours.

CAG reminds the public that the exhibits are for everyone’s enjoyment. For that reason, they should be treated with care. The Jurassic Mile is Singapore’s newest attraction. It is also the largest display of life-sized dinosaurs.

To have such sights to enjoy on our shores is a privilege we should treasure.

It’s up to each of us to do our parts as responsible citizens and ensure that these displays are well treated.