He said the thought of portraying Muslims/Malays as scarecrows was far from his mind.

For Hari Raya this year, social media was filled with stylish #OOTDs and heartwarming photos of family celebrations.

Unfortunately, one particular post from a political figure drew criticism from netizens, who deemed it insensitive to Malays and Muslims.

On 2 May, Emeritus Senior Minister Goh Chok Tong shared a photo of himself with a scarecrow in traditional Malay attire to wish his followers a Selamat Hari Raya Puasa. 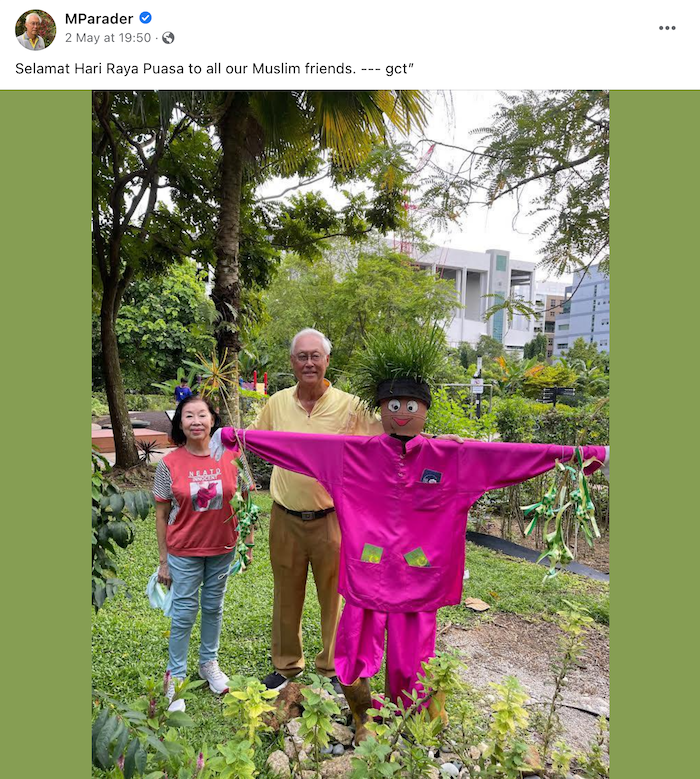 However, the greeting rubbed many people the wrong way as they called the former prime minister out for being “insensitive”. Mr Goh has since shared another post claiming that his wish had been “misinterpreted”.

Last Monday (2 May), former prime minister Goh Chok Tong posted a picture of himself in a garden. His caption reads, “Selamat Hari Raya Puasa to all our Muslim friends.”

Netizens, however, were not happy with the photo, which features a scarecrow wearing what appears to be a baju Melayu. 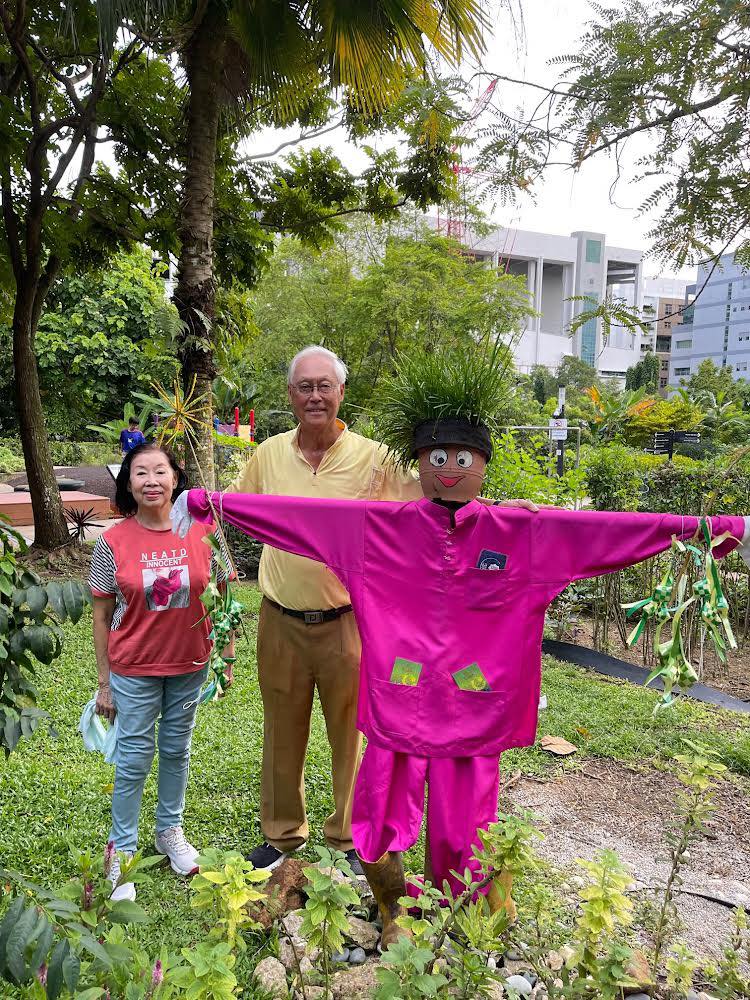 Several accused Mr Goh of seeing Malay people as scarecrows and using their culture as a “prop”.

Many also deemed the post as “tone-deaf” and “inappropriate”.

Some are now saying that Mr Goh owes the Malay community an apology.

Mr Goh eventually caught wind of the backlash and shared a follow-up post on Tuesday (3 May). 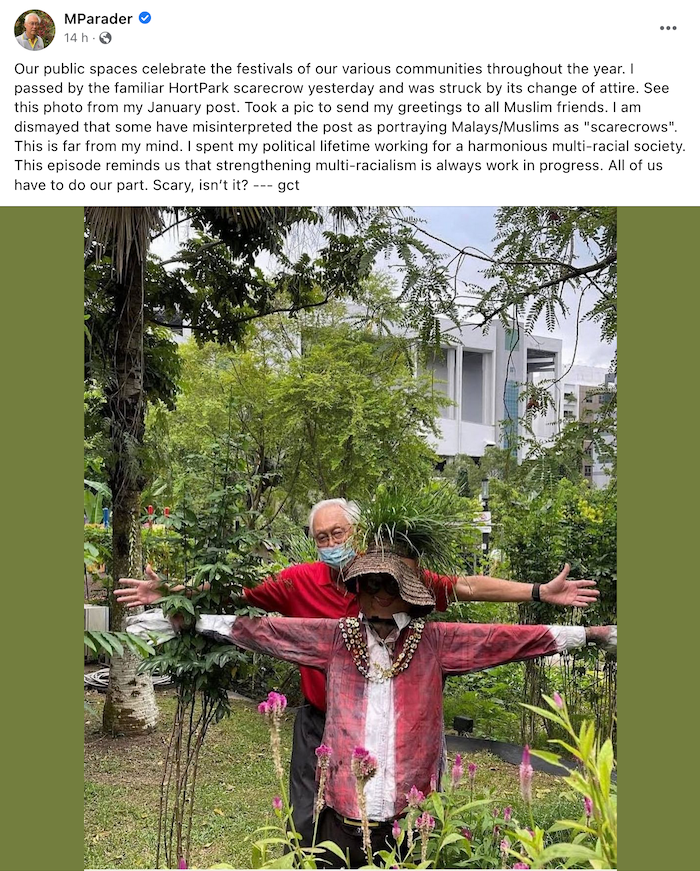 He explained that he had passed by the scarecrow at Hort Park and noticed its change of attire. He had taken another photo with the scarecrow back in January when it was in different clothes.

Mr Goh then expressed how dismayed he was that people have misinterpreted his post. He clarified that he never intended to portray Malays and Muslims as scarecrows.

I spent my political lifetime working for a harmonious multi-racial society. This episode reminds us that strengthening multi-racialism is always work in progress. All of us have to do our part. Scary, isn’t it?

Important to be sensitive to other races & cultures

While he may have had good intentions, it seems that Mr Goh should have thought more carefully before sharing such a picture, judging by the strong reaction received. Perhaps he could have taken a photo with one of his Muslim friends instead of an inanimate object.

In a multicultural society in Singapore, we must all learn to tread carefully to avoid unintentionally offending other cultures.

What do you think about the Raya greeting? Share your thoughts with us in the comments below.