As a multi-cultural nation, it’s fun to see how people of different races and religions come together and uphold racial harmony, especially during festive seasons.

In this same spirit, a GrabFood rider dressed up as the famous deity God of Fortune – known in Chinese as Cai Shen Ye – when delivering meals to people during the Chinese New Year weekend.

The Malay lad shared a video of himself, all dressed up as Cai Shen Ye to bring joy to those who celebrate the festive holiday.

How incredibly sporting of him.

In the Instagram video posted by GrabFood rider, known as Mr Aufa, he can be seen dressed in a striking Cai Shen Ye costume while delivering food to his patrons. 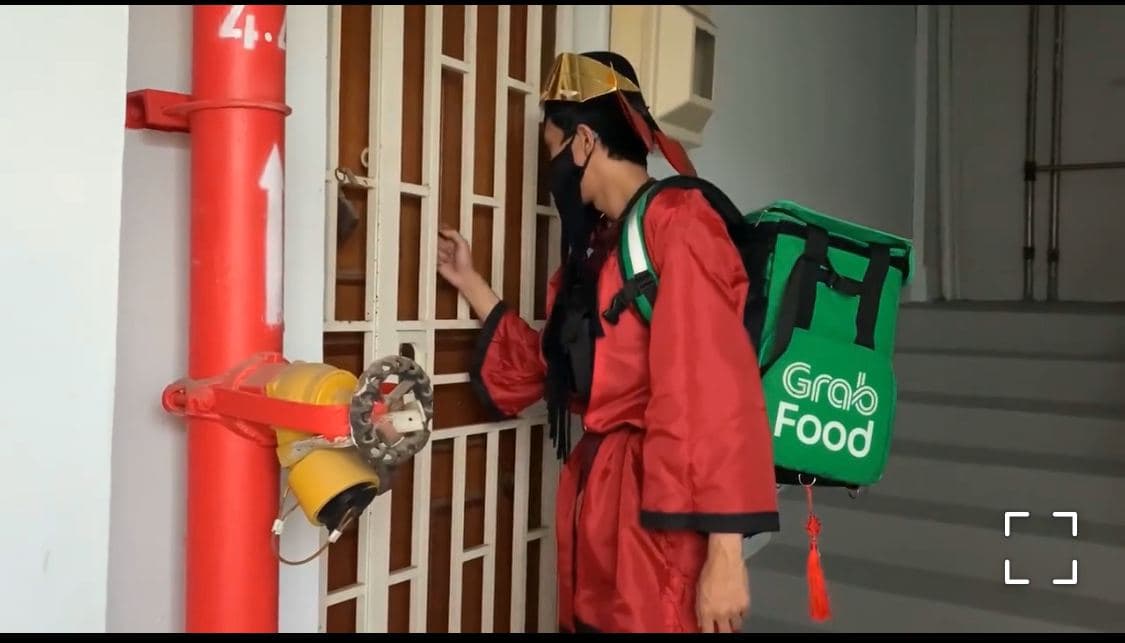 A sight not often seen, this would certainly bring a smile to anyone who see him on the roads. 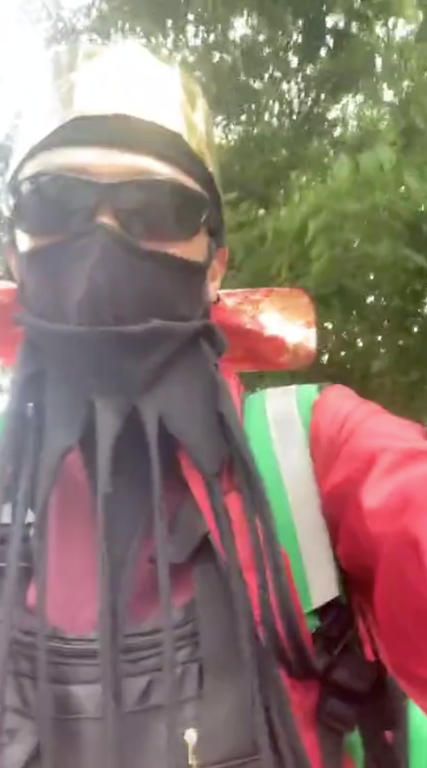 The same can also be said to those who are heng enough to have him as your GrabFood rider. 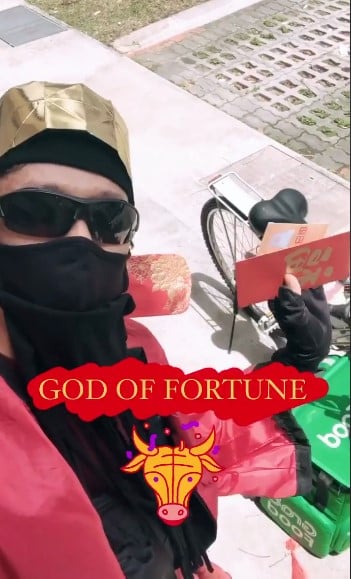 Speaking to MS News, Mr Aufa said although he doesn’t celebrate CNY, he has plenty of Chinese relatives who do.

Thus, his family had an annual tradition of hosting a dress-up competition. However, due to Covid-19 restrictions, this activity did not come to fruition in this year.

Rather than letting his costume go to waste, he decided to create a CNY music video dressed up as Cai Shen Ye to bring laughter to family and friends alike — even GrabFood customers.

Though delivering food is not his full-time job, Mr Aufa decided to focus on this trade during the festive period to bring joy to people celebrating it.

I thought it would be funny to dress up as Cai Shen Ye doing GrabFood as this character would literally be delivering food to people’s house.

For this idea, he referenced the opening lyrics of the CNY song, which translates as the God of Fortune has arrived at your doorstep.

Besides his GrabFood endeavours, Mr Aufa took the time and effort to create a music video of the ever-so-popular Cai Shen Dao Song.

We hear it at shopping malls once Christmas is over. It’s played at supermarkets on repeat, sung at CNY school celebrations and the like.

Mr Aufa’s cleverly improvised the lyrics to make it even more relatable with his Grab situation. He rhymes the lyrics “Cai Shen Dao” (God of Fortune has arrived) with ideas like “I want Haidilao” and “Wo yao han bao bao” (I want a hamburger).

Accompanying the music video was a non-sponsored lucky draw event. 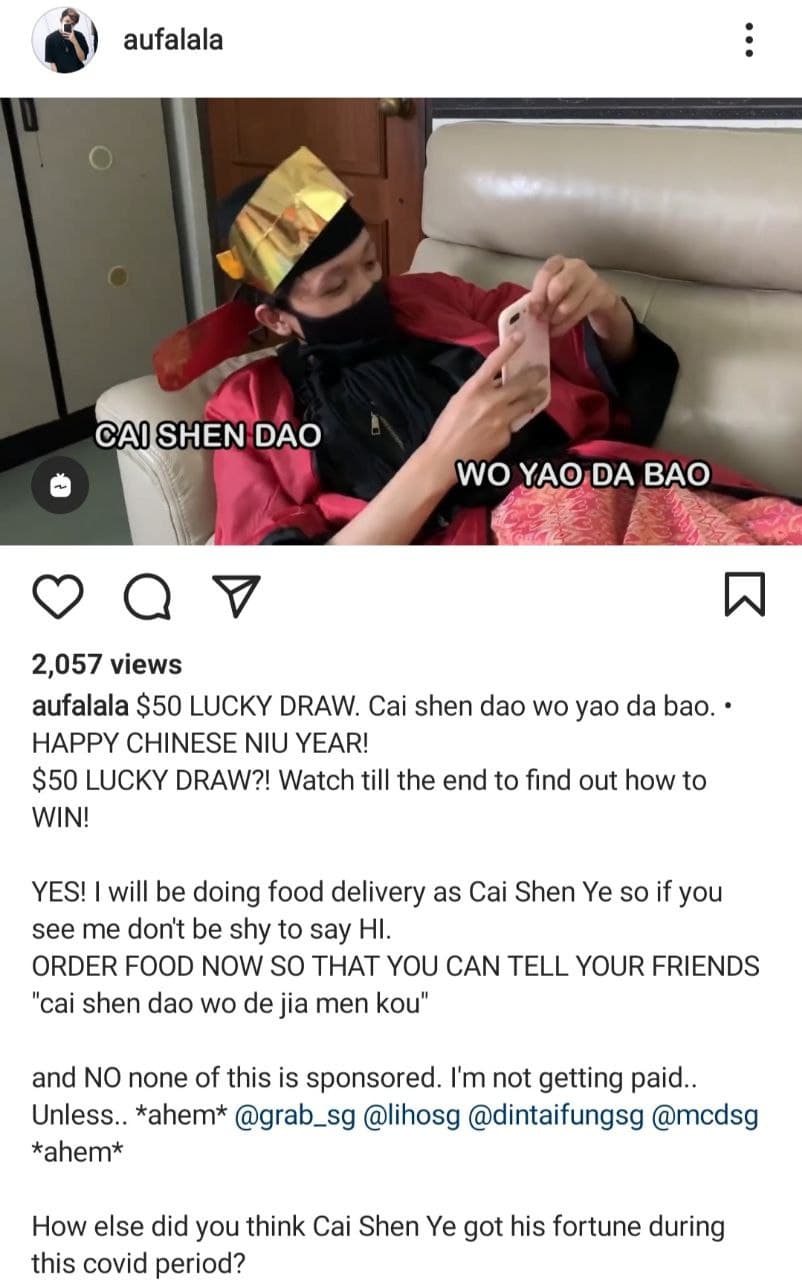 The prize money of $50 can be used by the winner to purchase anything of their liking.

The caveat, is that Mr Aufa will be going on this shopping spree with them. Hence, forming unlikely friendships out of this act of kindness in the spirt of CNY.

Although this must have taken a lot of effort on Mr Aufa’s part, this video sure brought tons of laughter into the life of others.

This is especially since CNY may have become a muted affair for some households due to tightened Covid-19 rules like visitor limitations.

Thank you for bringing more joy to families when they need it the most, Mr Aufa.