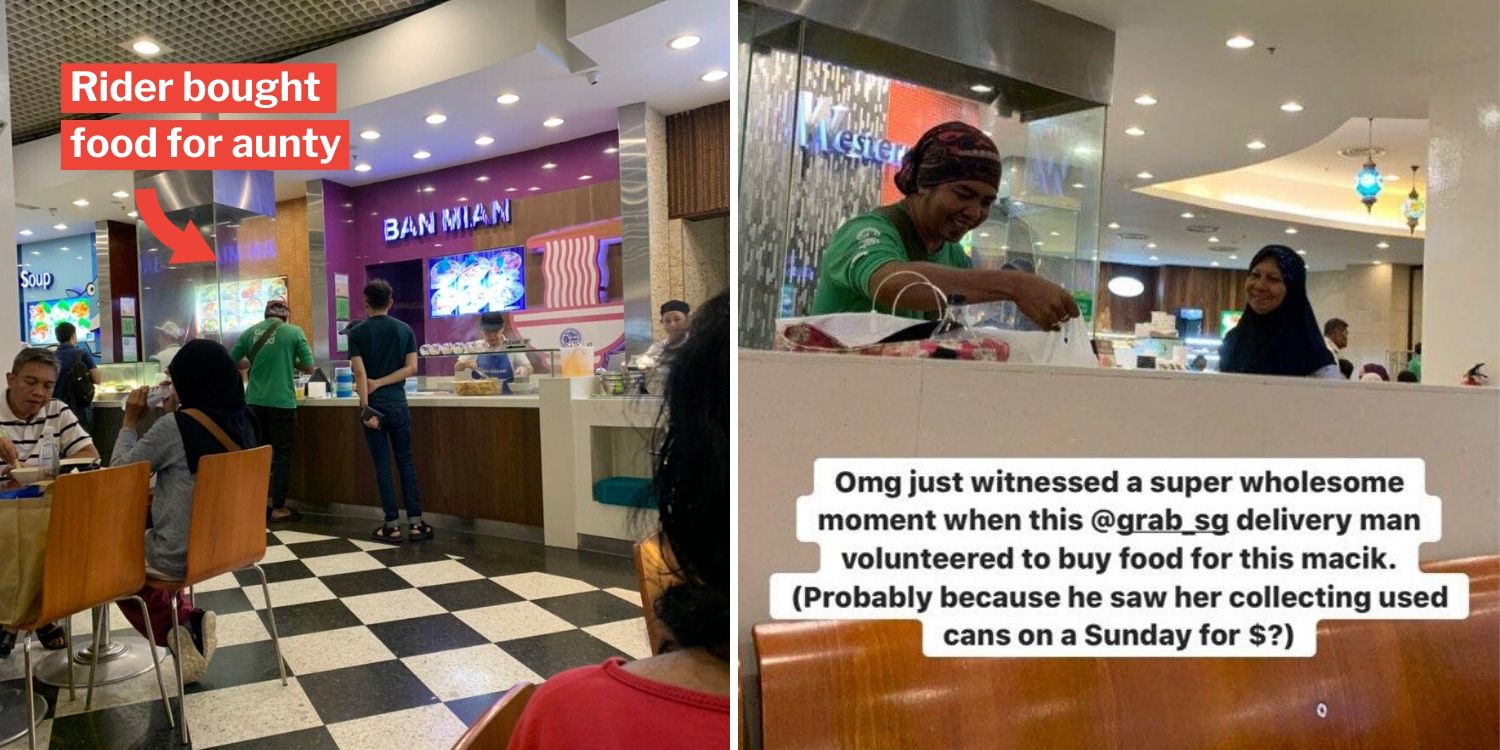 Seeing the elderly doing menial yet backbreaking work for a living is a terribly sad sight.

This was probably what went through this GrabFood rider’s mind while he awaited orders at the Cantine food court at Jurong Point. 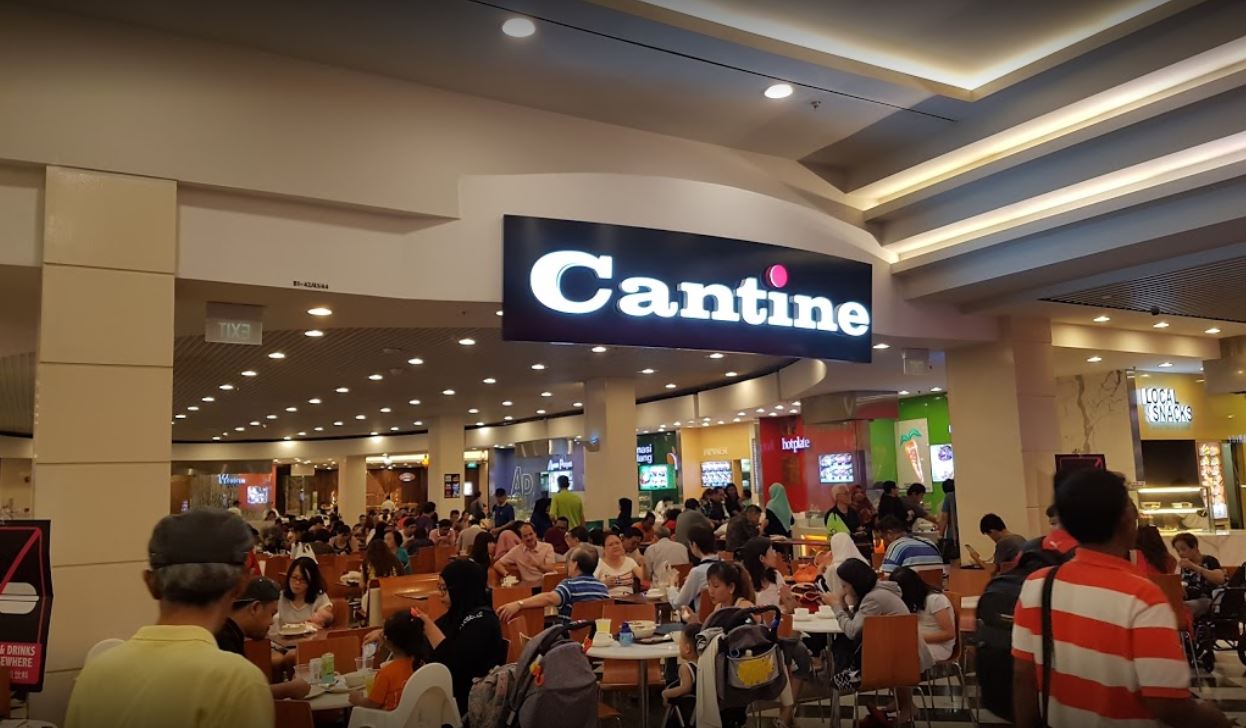 Also there was an elderly aunty, who was going around collecting empty drink cans, most likely for recycling.

An MS News reader spotted a heartwarming exchange between them on Sunday (8 Mar). Read on to find out what happened.

While waiting for some food to be ready for pickup and delivery, a GrabFood rider observed a moving scene.

An elderly aunty was going around the Cantine food court, collecting and asking patrons for empty drink cans.

Thinking that she may be short of money and hungry, the rider walked up to her and offered to treat her to a meal. 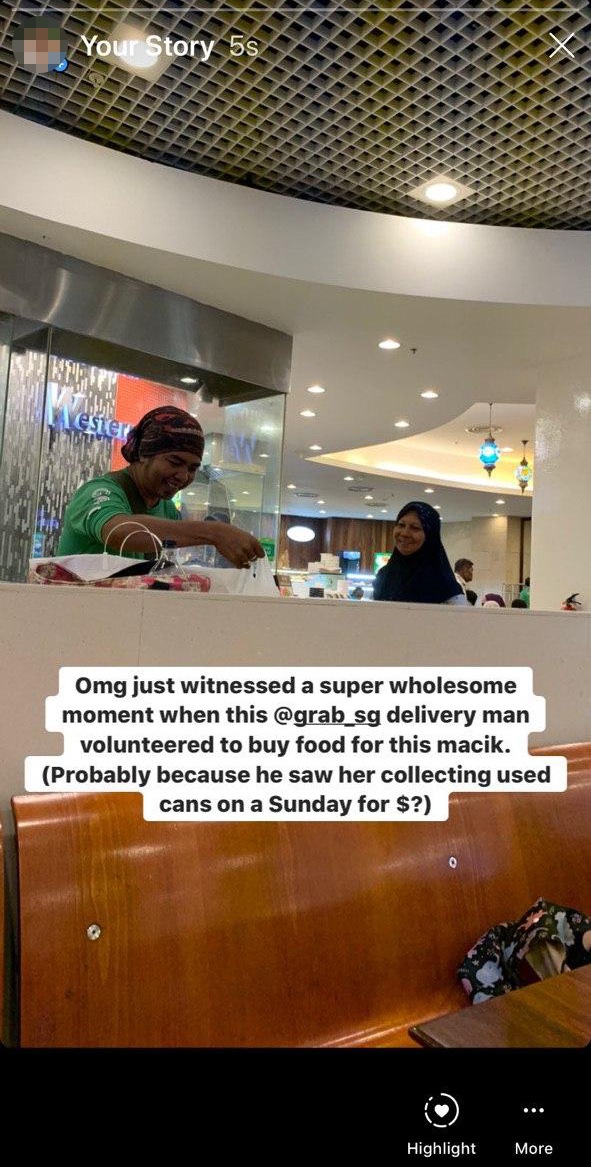 An MS News reader noticed their wholesome interaction and posted it on his Instagram stories.

The rider initially offered her $10, which visibly touched the aunty who could only smile before politely declining.

The rejection didn’t affect him, however, as the rider insisted and walked over to a ban mian stall to buy some food for the aunty. 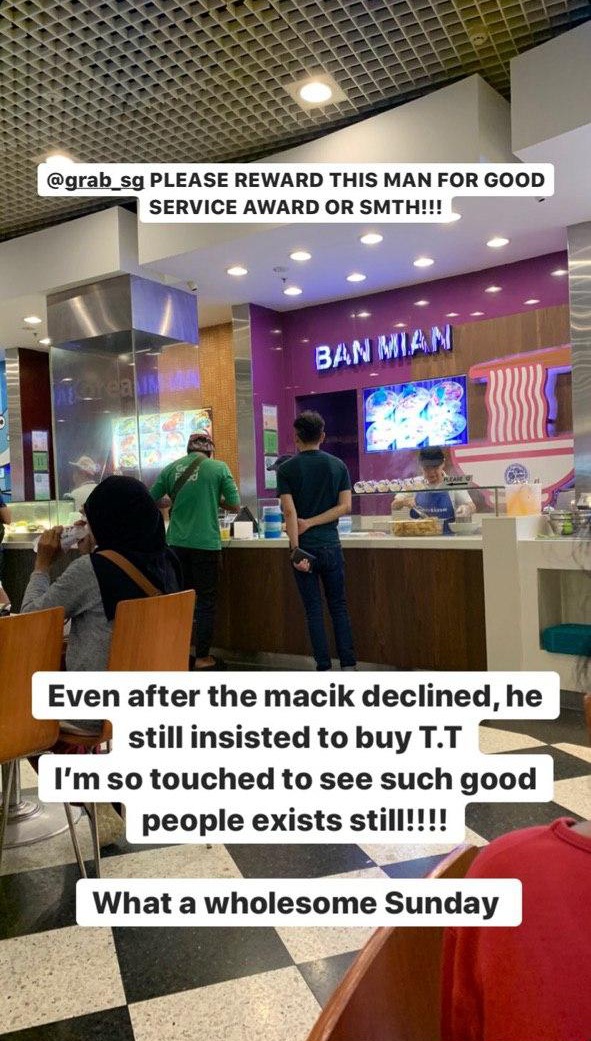 After paying for the meal, he brought it over to the beaming and undoubtedly thankful old lady.

The MS News reader was so moved by the heartwarming incident that he went up to the rider, whom he later found out was named Yan, to commend him. 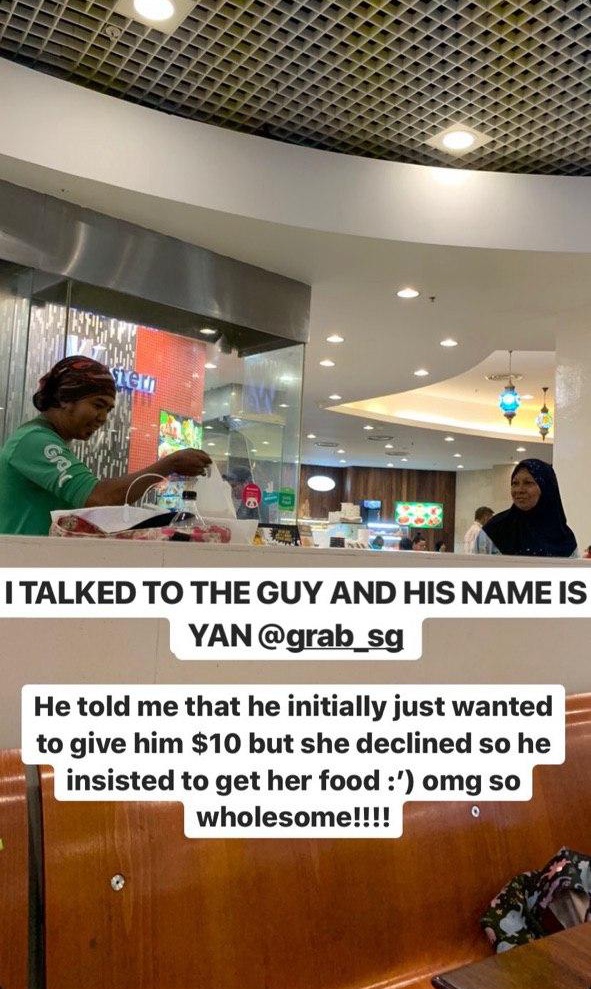 Having tagged Grab Singapore multiple times, we sure hope the company notices Yan’s wonderful gesture and reward or at least acknowledge him for it.

Kudos to the GrabFood rider for his kindness

What Yan did may not be much to many, but was possibly a great deal to the aunty, who may not receive such kindness often.

His offer to buy food was small, but his pure intentions and the pleasant outcome prove that a little really goes a long way.

Let’s learn from Yan’s generosity and show kindness to those in need as well.

Hopefully, stories like this will continue emerging, as proof that Singapore is a gracious and courteous society. Kudos to the rider for his kind act.

All images courtesy of an MS News reader unless stated otherwise.