Gurkha Subas Gurung has a 2.4km record timing of 6.58min.

On Tuesday (14 Sep), Soh shared on Facebook that Subas Gurung, the fastest 2.4km Gurkha runner, accepted his invitation to participate in the Pocari Sweat Singapore’s run. 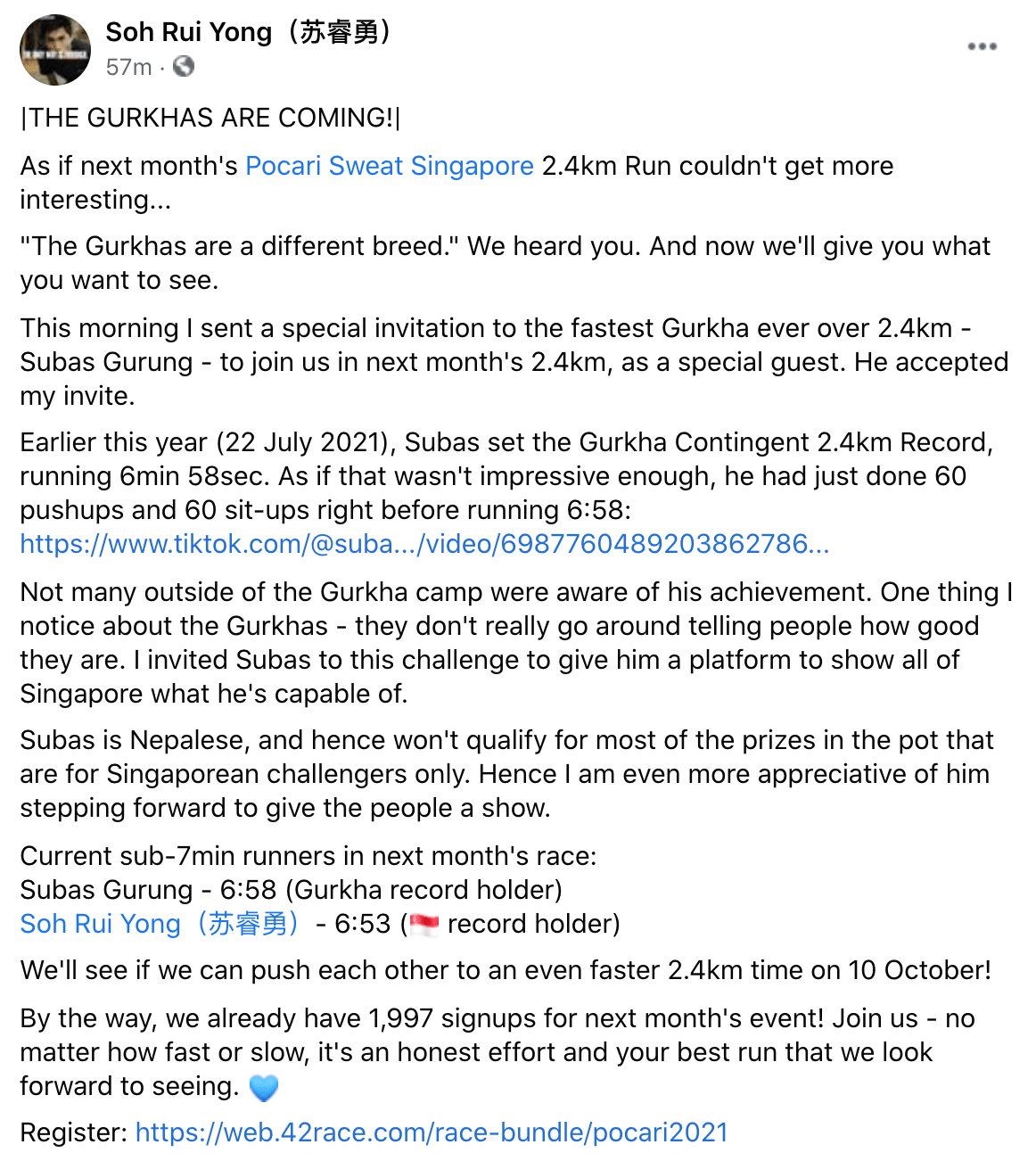 He added that the 10 Oct race is expected to be an exciting one as 1,997 participants have signed up for the event.

In his Facebook post, Soh Rui Yong remarked that many often say, “The Gurkhas are a different breed”.

With that, he decided to make the upcoming Pocari Sweat Singapore 2.4km Run even more interesting by extending an invitation to the fastest Gurkha in Singapore.

That person is Subas Gurung, and he has accepted the invite. 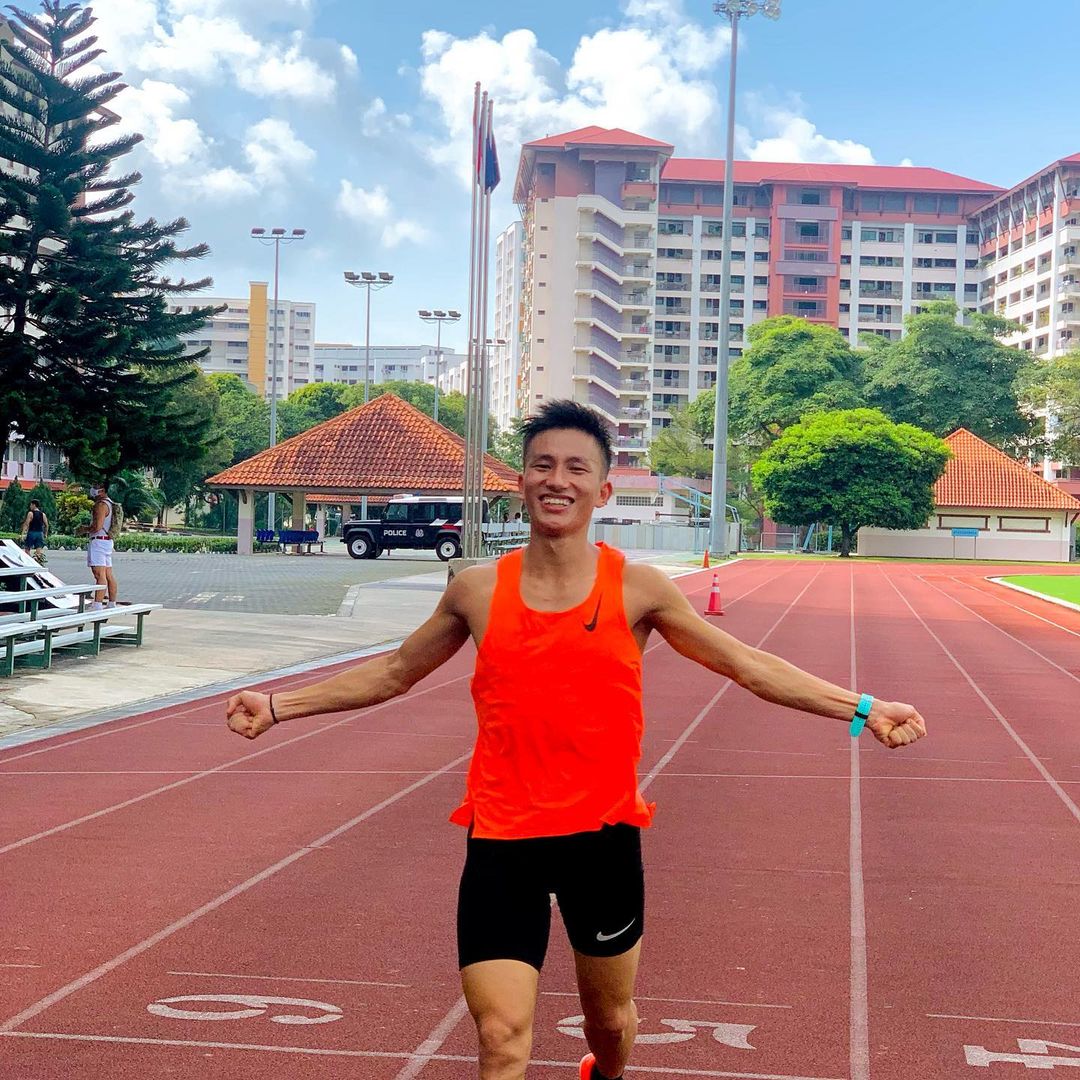 Even more impressive is that before the run, Subas had done 60 pushups and 60 sit-ups.

Hopes to give Subas a platform to show his capabilities

Soh said not many outside the Gurkha camp knew of Subas’ huge achievement, and he noticed the Gurkhas don’t go around telling people how good they are.

Hence, he invited Subas to the challenge, hoping to give him the platform to show Singapore what he’s capable of.

However, because Subas is Nepalese, he doesn’t qualify for most prizes as they are restricted to Singaporean challengers only.

Soh was thankful that Subas was still willing to come forward and participate in the challenge.

Soh had earlier issued the challenge on 9 Sep for anyone to run a sub-7 minutes 2.4km race.

He added that anyone who achieves this would receive $700 and 700 bottles of Pocari Sweat paid by him.

With that, on 10 Oct, Subas will be racing alongside Soh, our current national record holder, with a 2.4km timing of 6 minutes 53 seconds. As competitors, Soh said he hopes the competition can push each other to achieve even better timings.

He added that 1,997 participants have already signed up for the Pocari Sweat Singapore 2.4km Run next month.

Soh also urged more to join the challenge, saying no matter fast or slow, they look forward to seeing individuals clock in their best run.

An exciting race to watch

Soh Rui Yong’s sub-7 minutes 2.4km challenge has become quite the talk of the town in the past week.

If you or anyone you know is up for the challenge, you can still sign up for the Pocari Sweat Singapore 2.4km Run here.

With such fierce competitors, it’ll certainly be an exciting race to watch.