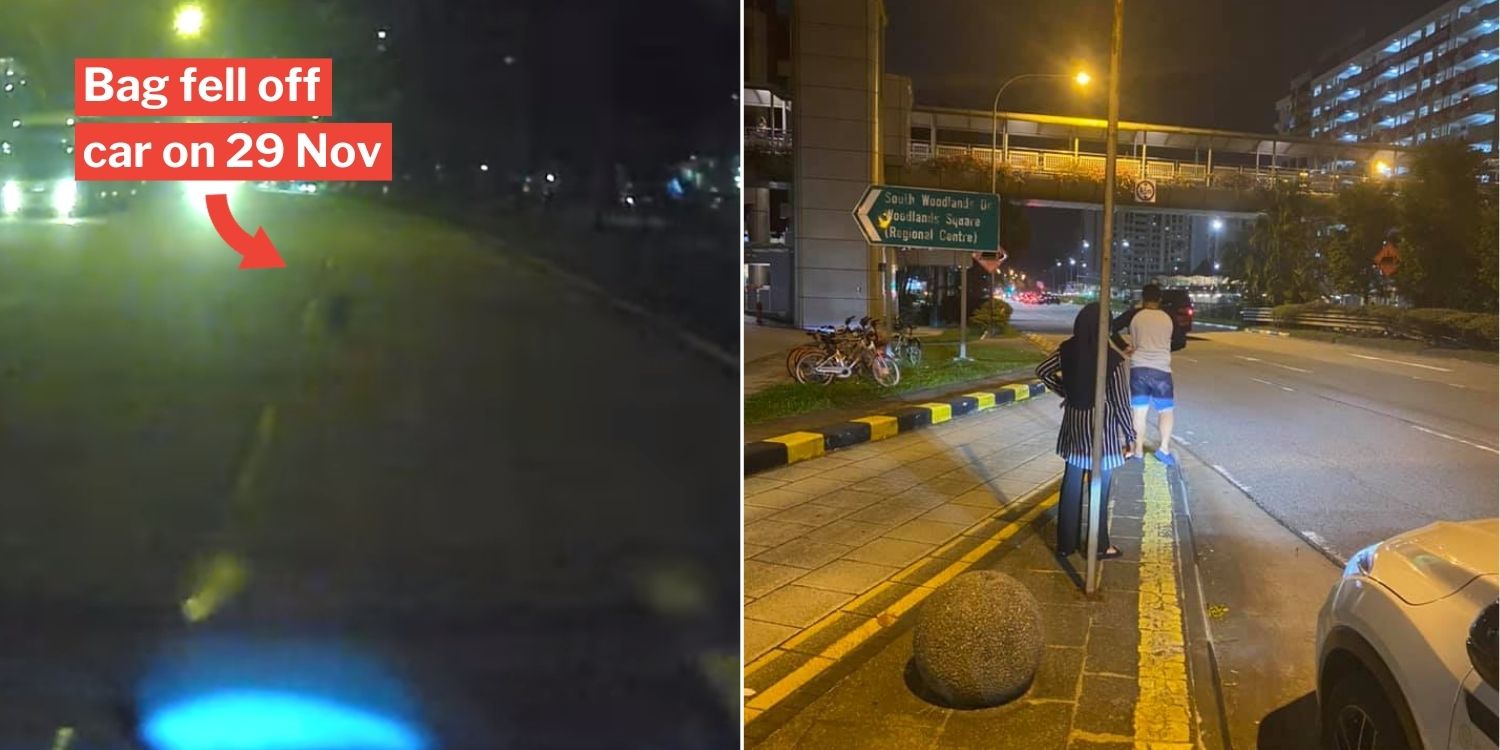 We all make mistakes. Sometimes they’re just small ones, and not much harm is done.

But sometimes, a small slip of the mind can result in a great loss — just ask the woman whose husband left her handbag on top of the car and drove off.

Unsurprisingly, the handbag fell onto the road and was lost. 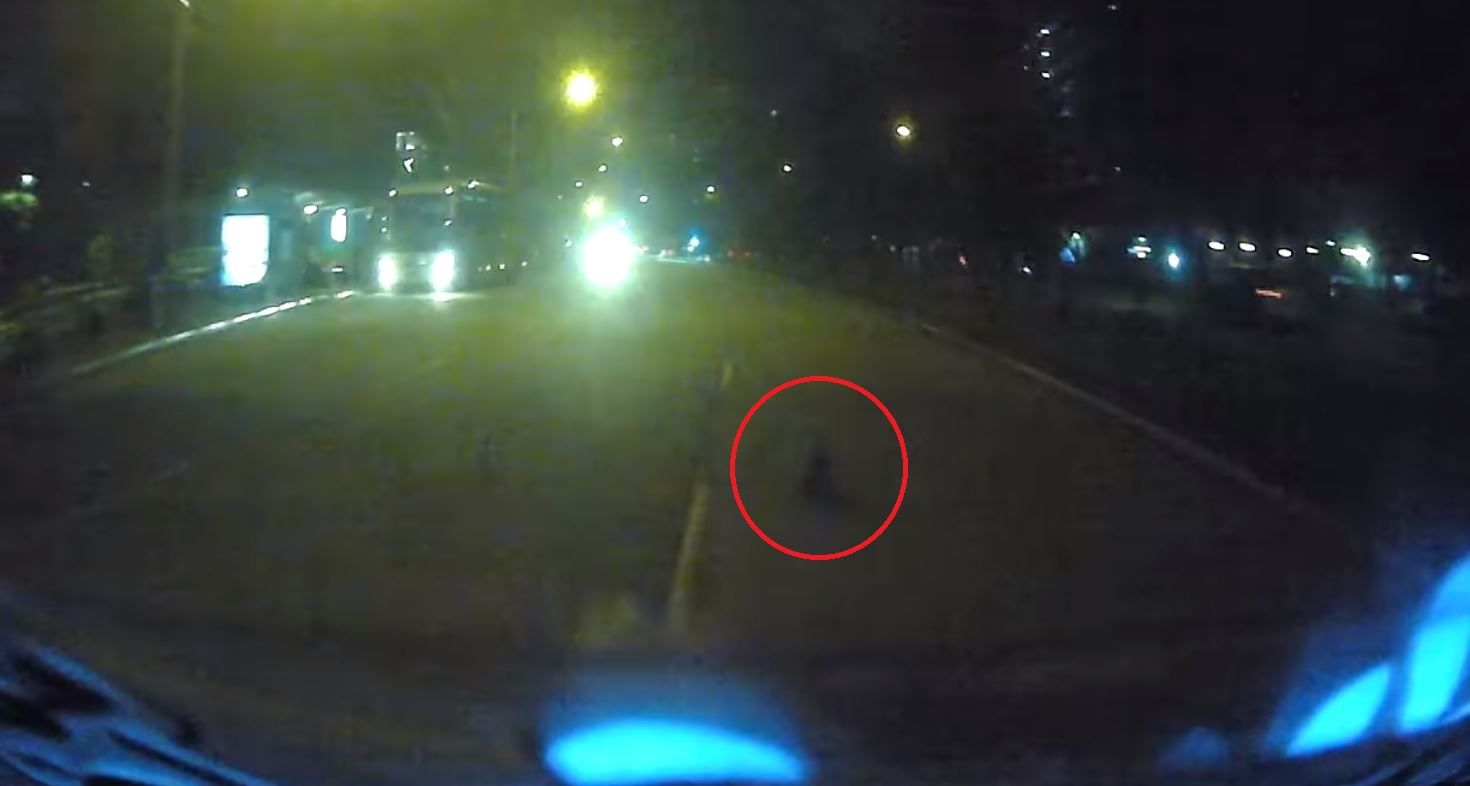 Losing a handbag may trouble most women, but for Lina this was made way worse as it had a thousands of dollars in cash inside, she said in an appeal on Facebook.

If the cash isn’t recovered, looks like this will be an expensive error indeed.

Handbag fell from car in front of Woodlands Civic Centre

According to Lina, her husband put the handbag on top of their car and drove off.

The bag fell onto the road from the car in front of Woodlands Civic Centre on Sunday (29 Nov).

From Google Maps, the road that the bag fell on may be Woodlands Avenue 5, which is just in front of Woodlands Civic Centre. 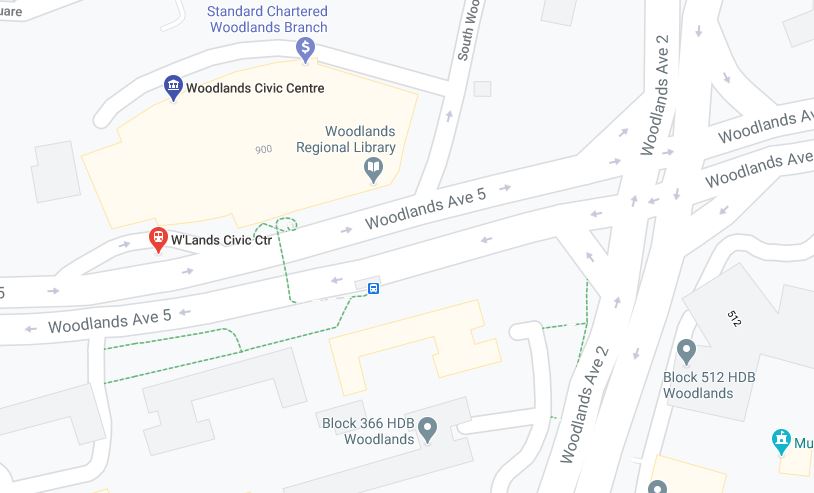 Besides the cash, some form of identification is also in the bag, she said.

She shared a video taken from an in-car camera of the fateful moment when the handbag drops on the road.

Apparently, when the loss was discovered, they went back to search for the handbag but to no avail. 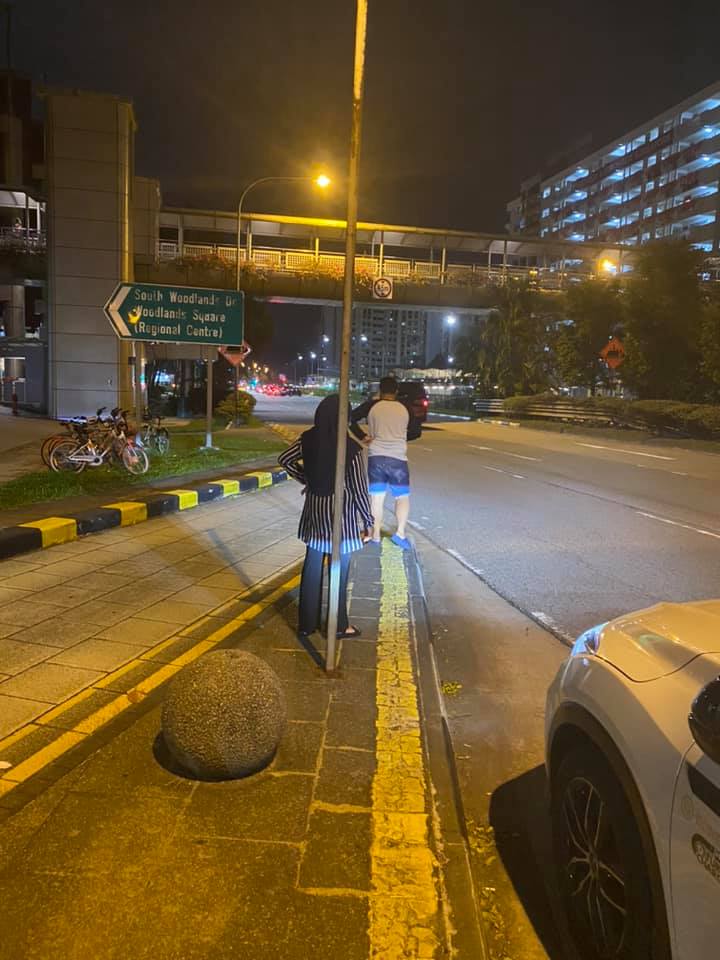 Lina is appealing for witnesses who passed by the area from 9-9.45pm on Sunday (29 Nov) night.

If you happened to see the bag, do contact her at 91136105. Her identification is also in the bag, so whoever has the bag should be able to find her.

Even if you don’t have information, she asked netizens to share her post so more people can see it and perhaps come forward.

Handbag contained about $10,000 in business earnings

In her latest update posted on Facebook on Monday (30 Nov) night, Lina said the handbag hadn’t been recovered. She also revealed that the bag contained about $10,000 in earnings from her business, and they were about to bank the cash in when they lost it.

Thus, it’s a great loss especially since it’s their hard-earned money and the economy isn’t doing well amid the Covid-19 pandemic.

She’s already made a police report, and is hoping for a miracle to happen and that someone returns the lost item to her.

Trying to move on

However, it seems that about a day after the unfortunate incident, Lina is trying her best to move on.

As the identification is in the bag, they felt that anyone who wanted to return it would have contacted them by now.

Thus, they’ve forgiven anybody who might have taken the bag, no matter how difficult that may be for them.

She just hopes that they would use the money wisely, so settle debts or feed their family.

She said they felt angry, sad and regretful at first, wishing they could go back in time and not make that mistake.

But she also acknowledged that the cash was lost due to their carelessness, and they’ve learnt some lessons from it.

She’s consoled that as long as they have their health, the money can be made back again.

A bitter pill to swallow

It’s tough making money, and losing $10,000 is a bitter pill to swallow as it can be several months of a person’s salary.

While Lina and her husband seem to have accepted that the cash may be lost forever, they still harbour some hopes of getting it back.

So if you know anything about the handbag’s whereabouts, do contact them.